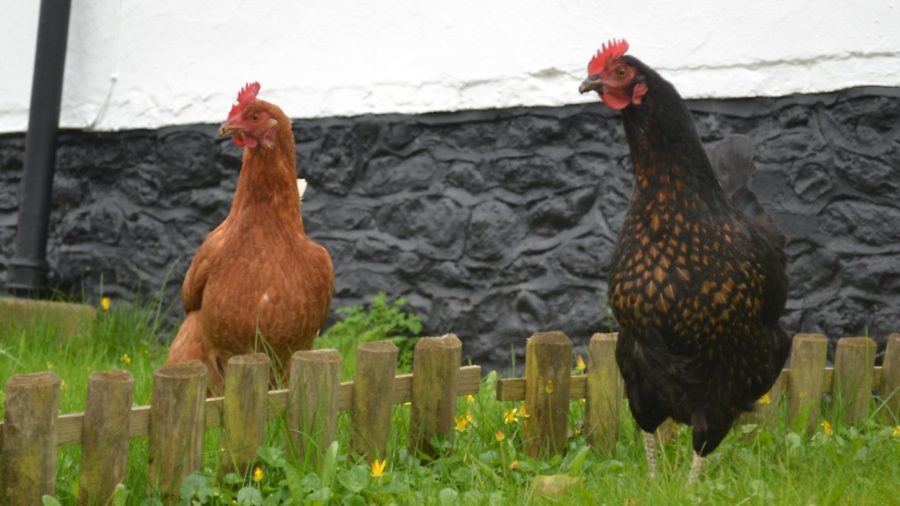 Charlotte’s hens were born under a wandering star 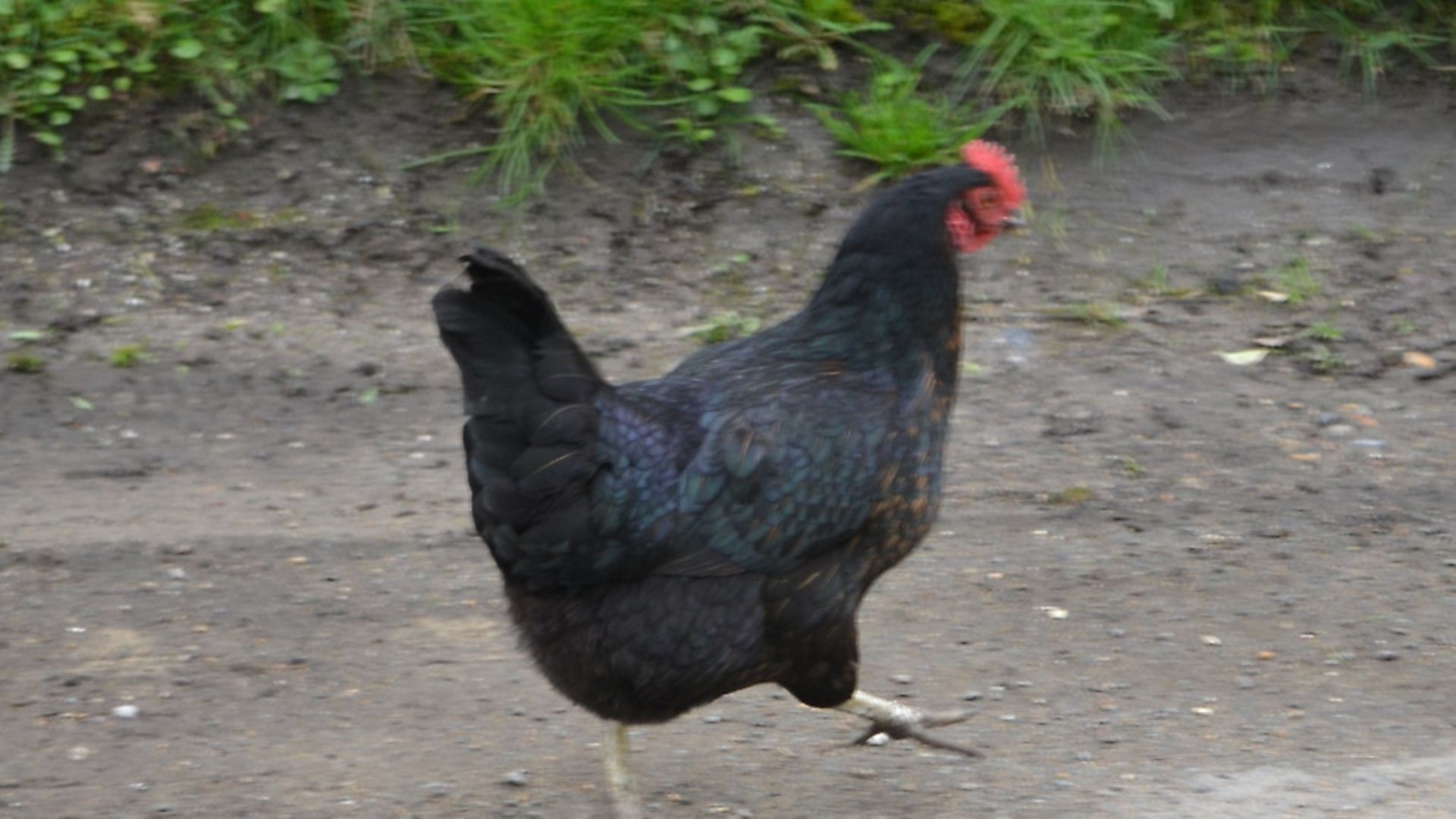 My hens love to roam and I love the fact that they have their freedom and the choice to wander wherever they want. There was recently a report published from a group of researchers in Sweden on chickens. After various experiments had been carried out and chicks had been exposed to various stressful situations they concluded the following: chickens that live in a simple, enclosed environment lost their optimism after being exposed to stress but those in a more interesting, spacious setting coped with the stress and didn’t lose their optimistic attitude. So, for example, if a hen can hide under a hedge or fly up onto something to perch it can manage a difficult situation better. This makes sense to me; a stressed chicken that has nowhere to go is not going to be a happy hen! My hens do seem quite optimistic in their lives, to such an extent that they can sometimes lead themselves into real danger. One of my Black Rocks, Rosie, really liked to wander. She would go through my neighbour’s garden, down the side of his house and out into our reasonably quiet road. But she got more adventurous every day and I was getting constant knocks on the door to tell me I had a hen on the road. She would wander up the street, scratching up goodies on neighbours’ verges, in front of their houses. But the other day my new neighbours across the way left their back gate open. Rosie wandered into their garden and unfortunately her two dogs killed Rosie.

It was such an unlucky occurence; dogs do not always kill chickens but as someone said to me, two dogs can act as if they are in a pack and so this was probably the reason they went for Rosie. I heard another story recently about dogs having to be kept on leads at all times in an Army Camp which incorporates residential housing. A dog got into the Colonel’s garden and killed one of his wife’s hens. 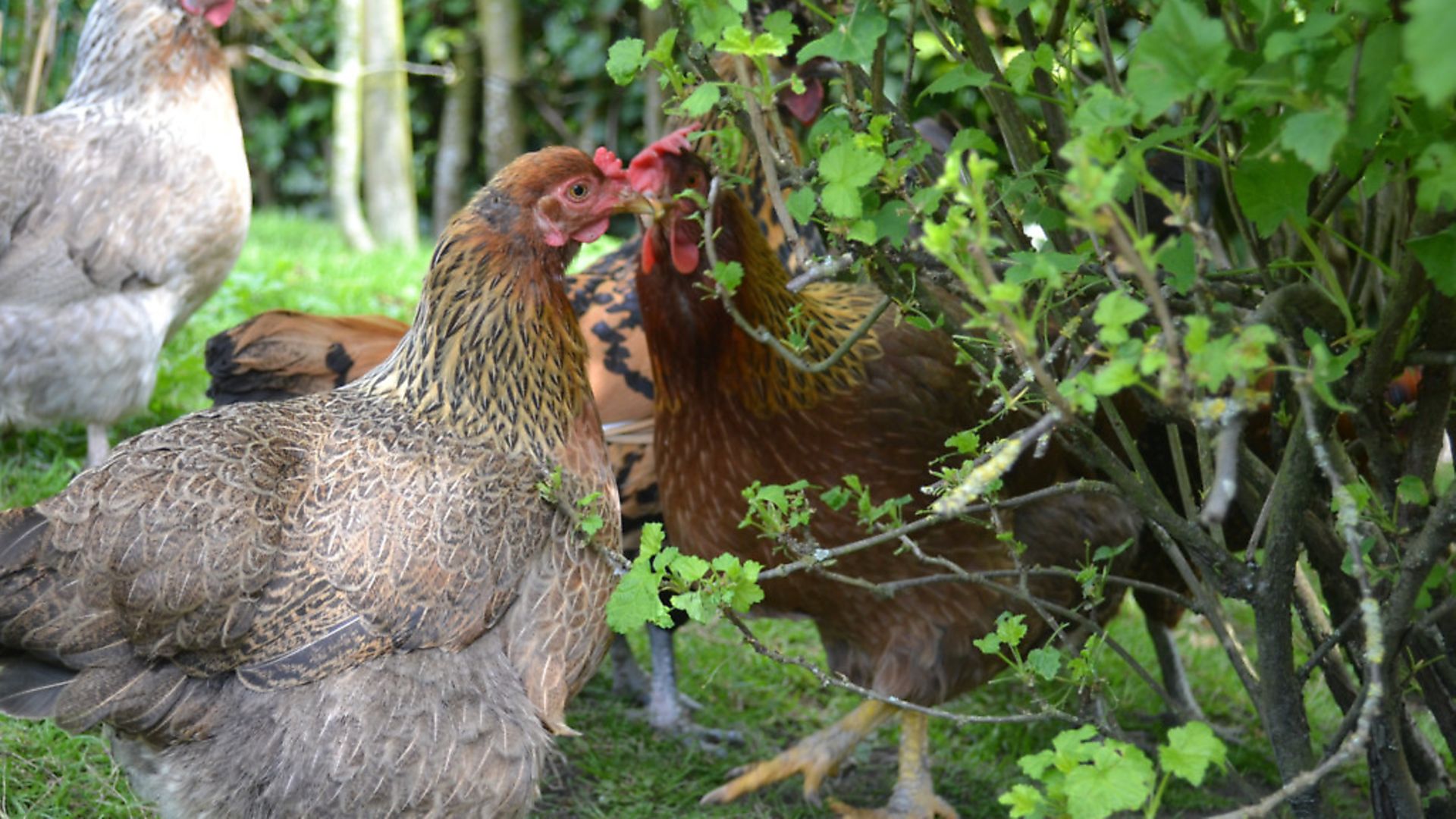 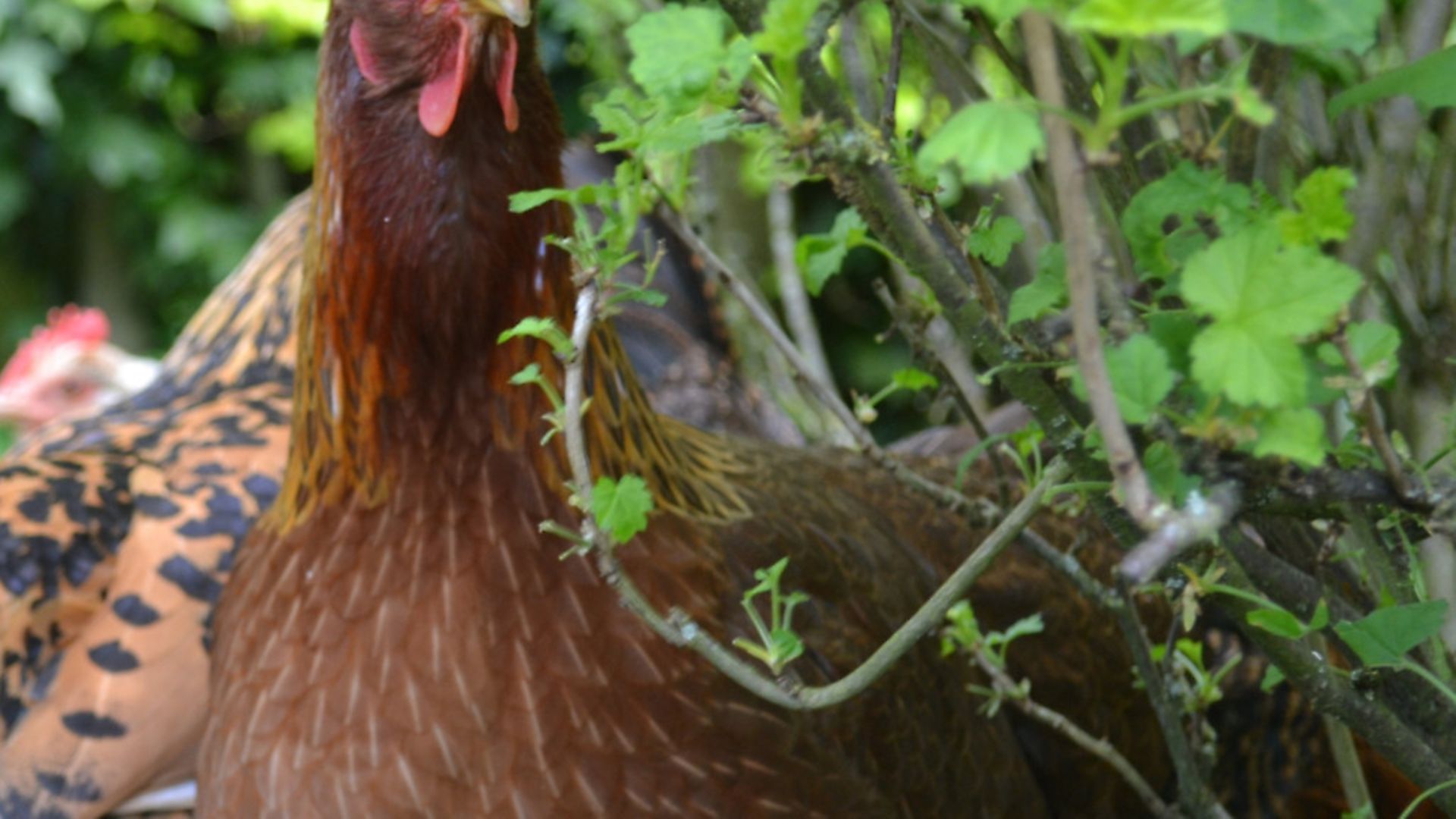 Eggs are still coming in thick and fast; after all we are in peak season and hens are trying to go broody. I do find that collecting all the eggs every day will deter some of the hens who are thinking about being broody. Others who are so determined to sit are more of a problem. And I have to resort to other methods. My airy coop works very well (see picture) although I can only put one hen in there at a time; two broodies together would fight! A couple of days in the Sin Bin and they lose their broodiness. The uncomfortable base and the coolness of the air circulating around the broody hen will normally work well. She is very hot and puffed up and one has to try and cool her breast down. There are a couple of old remedies for this. One is to put a bag of ice under her breast but that would become liquid pretty quickly; another is to dunk the hen in a bucket of cold water. I did hear from a friend that she used this method and it worked well but it does seem a bit cruel! 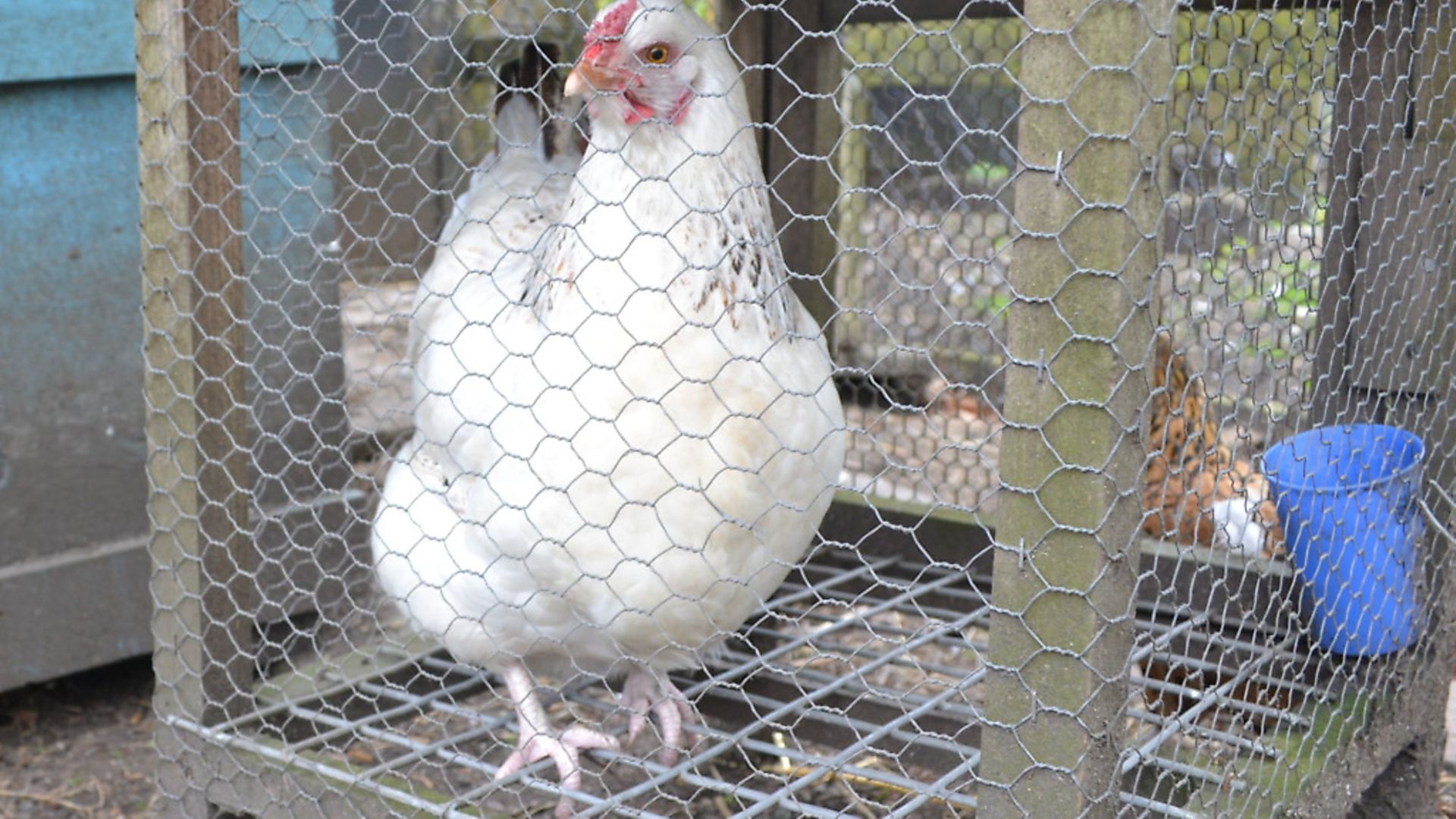 Hens love eating grass and other green vegetation and there should be plenty of grass and weeds growing at this time of the year. For us the period of the year between April and the first half of May used to be known as The Hungry Gap because the winter produce such as parsnips and brussels sprouts had run out, winter vegetables such as cabbage and kale had bolted and stored potatoes would be sprouting like mad. But it is a pretty good time of year for your hens; they are enjoying all the new growth and for them it is also peak laying season. This year my hens have taken a liking to the leaves on my redcurrant bush – they are young, green and tender and that is what matters; they have not touched my wild garlic though or any of my herbs such as mint and chives that are prevalent this year. Preferences seem to vary depending on my hens. One year I remember they tucked into young beech leaves and someone did eat the chives but this year it is the redcurrant bush! It’s strange that they don’t eat the mint which is strongly flavoured but they will eat my rocket which I give them when it’s overgrown and I want to start afresh with new salad plants under my cloche. It is such a pity that they don’t eat ground elder which is so prolific at this time of year!