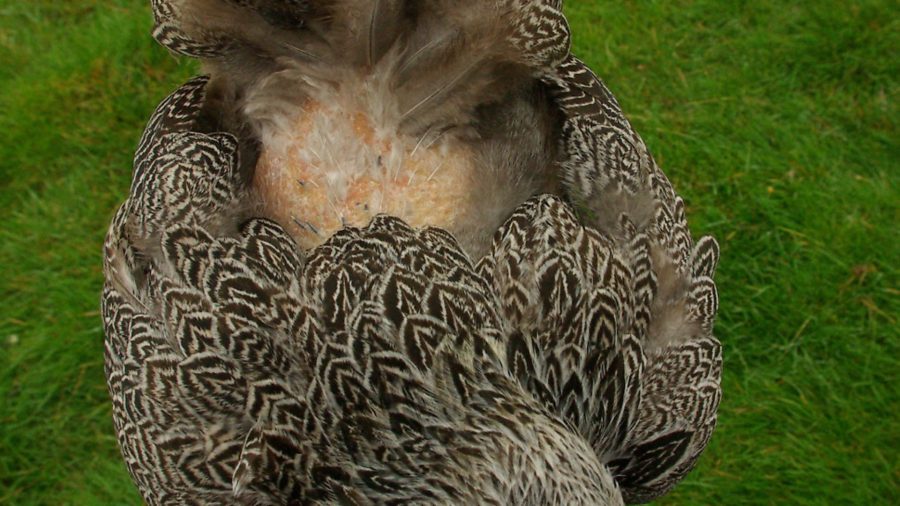 Grant Brereton offers advice on getting started with pure breeds 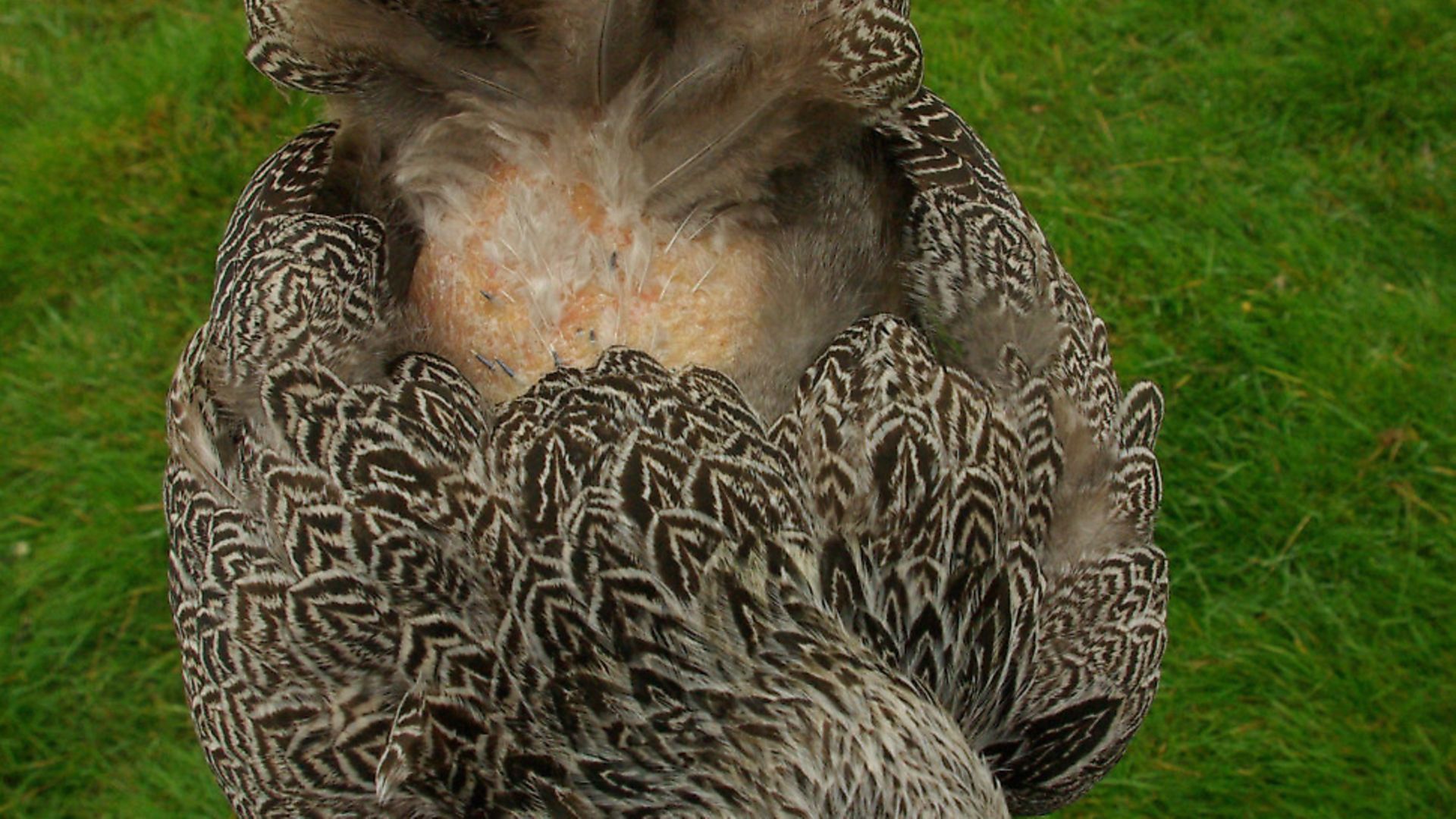 Getting your first pure-breed poultry is a very exciting time. Most of us begin with keeping a few hens for eggs and have kept various hybrid layers, crossbreeds and maybe the odd ‘pure-breed’ hen acquired from somewhere. A good number of people will have experienced hatching their own chicks, either by adopting an unwanted farmyard cockerel that is likely of mixed background – because these are so readily available – or by purchasing a pure-breed cockerel from a poultry dealer, for example, the likes of which have sprung up everywhere over the last decade.

And there is something so magical about not knowing what kind of chicks you’re going to get from your own flock. Many of the cross-breeds can be pretty things, the mother and sometimes father (if you have more than one male) of which we can never be completely sure. To watch such birds feathering up in their different stages of plumage development, as well as comb, legs and body shape can be fascinating, and such birds are often given pet names as they are so unique in appearance and personality.

But there comes a point for many of us when we get switched on to the idea of breeding our own pure-breed poultry, which is highly addictive, and often our beloved hybrids get phased out over time. We see breeds that take our eye in books or at rare breed centres, sales or shows and set our sights on something we fancy. And because many of these outlets get far more demand for pullets than cockerels, they often will only sell a pair (a male and female). Otherwise they may be left with a pen full of unwanted males; in spite of them being ‘pure’.

Why only a pair?

There are many possible reasons that you may only have a pair of birds to begin your pure-breed poultry journey. Perhaps you saw them at a market and fancied them, or perhaps you bought a trio and one female perished (which has been the case personally), or maybe a business outlet or breeder could only spare a pair of the breed you wanted. But there is no manual that clarifies the ethics of breeding from a pair of birds, because so much is dependent on breed, rarity, expense, size, virility and weight.

And many of the top breeders swear by only breeding from ‘a pair’ because it allows you to accurately document the parentage of each bird you hatch, which is crucial to many exhibitors and purists who rely on record-keeping to line-breed their chosen strain of birds.

My initial concern is always the frequency of which a cockerel tends to copulate over the course of a day. If he is a lightweight True Bantam, such as a Sebright, Pekin or Nankin to use examples, and is highly inbred, then he may not be inclined to ‘tread’ his partner many times in a day, in which case it’s fine for him to remain with his wife all day. If, to use the extreme opposite example, he’s a large Brahma male that’s a new and vigorous colour of the ancient stately breed, then it can lead to damage of the female’s back in no time.

So my advice is always to assess how many times a day a cockerel is treading his partner and make a decision based on the results of this analysis. Even if no damage is occurring, it’s not ideal for a female to get trodden constantly. You will get a feel for how much is ‘too much’. My thoughts are that more than once an hour and you have a vigorous cockerel that will appear insatiable. Damage to his wife’s back will inevitably ensue in the heavy breeds, or even ‘heavy breed’ bantams such as Wyandottes, Sussex or Plymouth Rocks. And this damage doesn’t always come from spurs, or necessarily give you much notice through the notable absence of feathers on the female’s back. Most ‘cock damage’ occurs in the form of torn skin from sharp toenails of a male, which hides beneath the feathers between the lower back and thigh of his partner, and often goes unnoticed until infection has set in.

As mentioned, it may be the case (for whatever reason) that you could only acquire a single pair of birds, but you could easily have many more females of your chosen variety but only desire to produce offspring from a particular ‘superstar’ individual. In which case it’s the same issue, in that you need to ensure fertility of the eggs from the chosen female without constant pestering, damage or stress from the male.

The easiest way to get round this is by acquiring a couple of females that can take some of the heat off the desired female, but which lay discernibly different-coloured eggs to hers. One such example would be a dark-egger such as the French Marans.

However, it is important to check that your female is still getting ‘some attention’ from her pure-breed male counterpart, and that he doesn’t favour one or both of his new lady friends instead.

Prevention will always be better than the cure, but when it happened to one of my hens many years ago, my initial reaction was one of guilt and shock. I had some veterinary wound powder on site, so was able to douse it on the affected tear which healed in a few weeks. The feathers took a bit longer to come back through, but it was a lesson learned and I haven’t allowed it to happen again.

If you have experienced a case of ‘cock damage’ in your flock – no matter how many females your male is in with – then it needs addressing and fast. Our resident vet Victoria Roberts will have the best advice on the latest treatments for torn skin, but any females that have feathers missing on their backs [as a result of the male’s feet] should be inspected further for any damage that’s not visible while ‘on the deck’.

So go ahead and enjoy breeding from a single pair of birds, but keep your eyes peeled, make an assessment of the situation and remember that observation is key. You will get a feel for what is right, and it’s a big help being aware of these things before they are allowed to happen. With the above example, you may like different-coloured eggs and embrace the newcomers that help your pair-mating endeavours run smoothly.