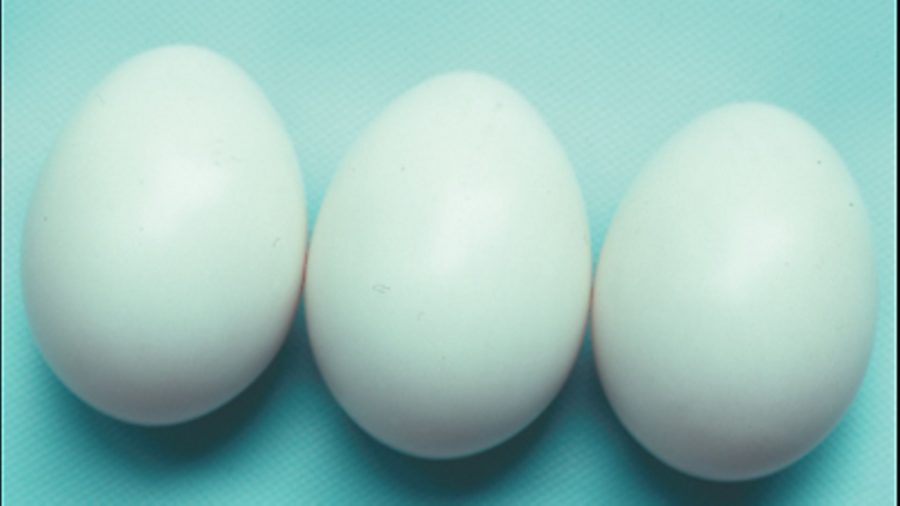 David Scrivener looks at the ever popular Araucanas, a breed with a mysterious origin

These scientists also discovered a connection with blue eggs and pea combs, which led fanciers around the world to require pea combs. However, many, perhaps most, blue egg layers in South America have single combs, one reason being that many country poultry keepers there think single combs are the only ‘proper’ combs for chickens. Rose, walnut and cushion (as Silkies) have all been seen in mongrelised flocks of blue eggers in South America and elsewhere, but aren’t considered typical.As with the pea comb, scientists have also noticed that beards and muffs are associated with a more intense blue egg shell colour, and are often seen in South America. Beards are not accepted on standard Rumpless Araucanas in the US, although they are on Rumpless in the UK and Germany, and also on British type tailed Araucanas and their near equivalent in the US, Ameraucanas.With or without beards, Rumpless Araucana Standards have required them to have unique ear tufts since they were investigated in the 1920s and ’30s. This was later found to have been a mistake, the result of crossing between two different South American breeds by a Dr Ruben Bustos, one of the people Prof Castello contacted when studying the breed. It has since been discovered that the ear tufts were originally on another breed, tailed and brown egg laying. This is a great shame, as ear tufts are caused by a nasty lethal gene which kills a lot of embryos before hatching time. If two birds with nice symmetrical ear tufts are mated together, very few chicks will hatch. There aren’t many breeders of Rumpless/Tufted Araucanas in the UK, and most of them mate tufted to non-tufted (all rumpless), as this solves the dead embryo problem, and there are plenty of buyers out there interested in buying surplus stock, even without tufts.Because there are no (known) poultry shows in South America, there are just a few people interested in pure breeds. A lot of these keep blue egg layers, no doubt because of the local connections, but these, and a number of other prominent Araucana enthusiasts around the world, seem to have suffered more than their fair share of disasters over the years, many involving local foxes and dogs. There are a number of sad stories of enthusiasts who were just making real progress in developing a flock of reliable (in the blue egg department) birds with those characteristics which were said to be typical of the ‘pure breed’, when a neighbour’s guard dog, or a fox, has got in and killed most of them. It’s most unlikely that any of these enthusiasts will have had the secure runs and elaborate houses most exhibitors construct.Rumpless AraucanaWhen poultry fanciers around most of the world speak of Araucanas, they mean the Rumpless variety, ideally with ear tufts. As said above, this feature is now believed to have been a mistake in historical terms, as they were made relatively recently by Dr Bustos. Beards and muffs are not required in most countries, but are allowed in the UK. Whether or not they should have beards may (like a lot of other details of Araucanas) continue to be debated, but it does seem that some have, and some haven’t been bearded for as long as they’ve been known. Rumpless Araucanas are never crested.As far as the potentially lethal ear tufts are concerned, these appear in a variety of shapes and sizes, from a couple of straggly feathers up to an impressive ‘ear-ring’. Judges (who all know about the difficulties involved) will be very pleased to see a bird with a large and matching pair of tufts, and perfectly content with those with smaller tufts, as long as they roughly match on each side. Those who aren’t interested in showing, but would like to have a flock of one of the most fascinating of ancient breeds would do well to consider establishing a flock of non-eartufted Rumpless Araucanas.Most Rumpless Araucanas might be classed (like Silkies once were) as a very small large fowl, halfway in size between most other breeds of Large fowl and Bantams. Some much smaller Rumpless Araucana Bantams have been seen recently, and a few birds are larger Large fowl than they once were.Colour varieties vary a little in each country, but there aren’t as many as with the British or Ameraucana. The British Araucana Club made a mistake in their standards – they only listed the Partridge and Blue-partridge female pattern to go with Black-red and Blue-red males, which is correct for British type Araucanas, but not necessarily correct for Rumpless Araucanas, which are allowed with either the Partridge (including Blue variant) or Wheaten (including Blue variant) in every other country. This caused some internal debate a few years ago when some excellent Wheaten Rumpless were winning, and this was questioned by some members because they weren’t a standard colour in British Standards. As one of the judges who awarded prizes to these wonderful Wheaten Rumpless hens, I hope the matter has been resolved by now. I took an ‘international’ view, and my attitude that if anyone was at fault, it was whoever wrote the Rumpless Araucana part in British Poultry Standards.Crested LegbarI described these fully in CS February 2005, in the second of my articles on the Autosexing breeds. They were developed at Cambridge University during World War Two, work which was allowed to continue because the Government thought that work on poultry could be very important when everyone was digging for victory, keeping hens in every back yard and so on.

The part Araucana Crested Legbar was an offshoot of the Gold Legbar (made from Barred Plymouth Rocks and Brown Leghorns, and then selected for Leghorn type), hence the name. They were more or less made by accident, otherwise might have been called Araubars. Crested Legbars are generally like Leghorns in size and shape, plus a crest on each side of the large single comb. They have an attractive pastel plumage pattern. They’re covered by the Rare Poultry Society, and although very few are seen at the competetive shows, a lot come up at the auctions and are sold as layers by several of the breeders listed or advertising in CS.This article is from the June 2006 issue of Country Smallholding magazine. << To order back issues click the link to the left.