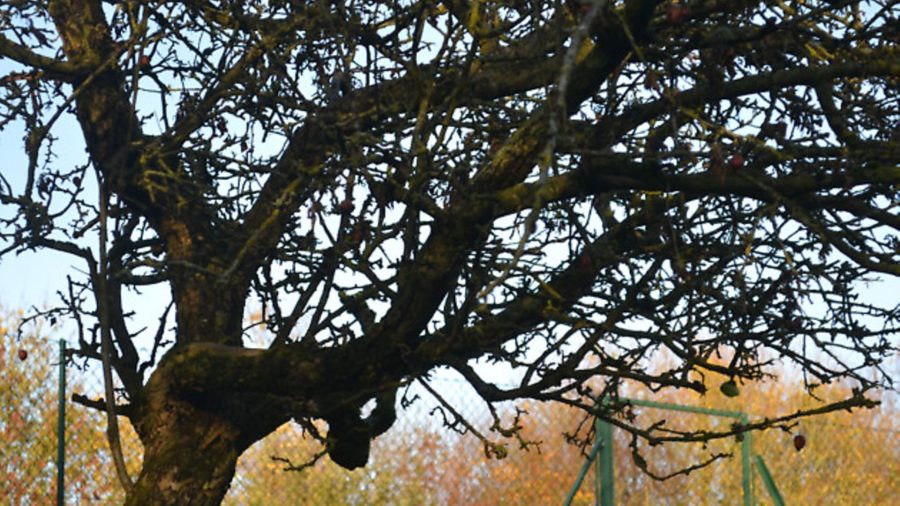 Charlotte gets some Ayam Cemanis 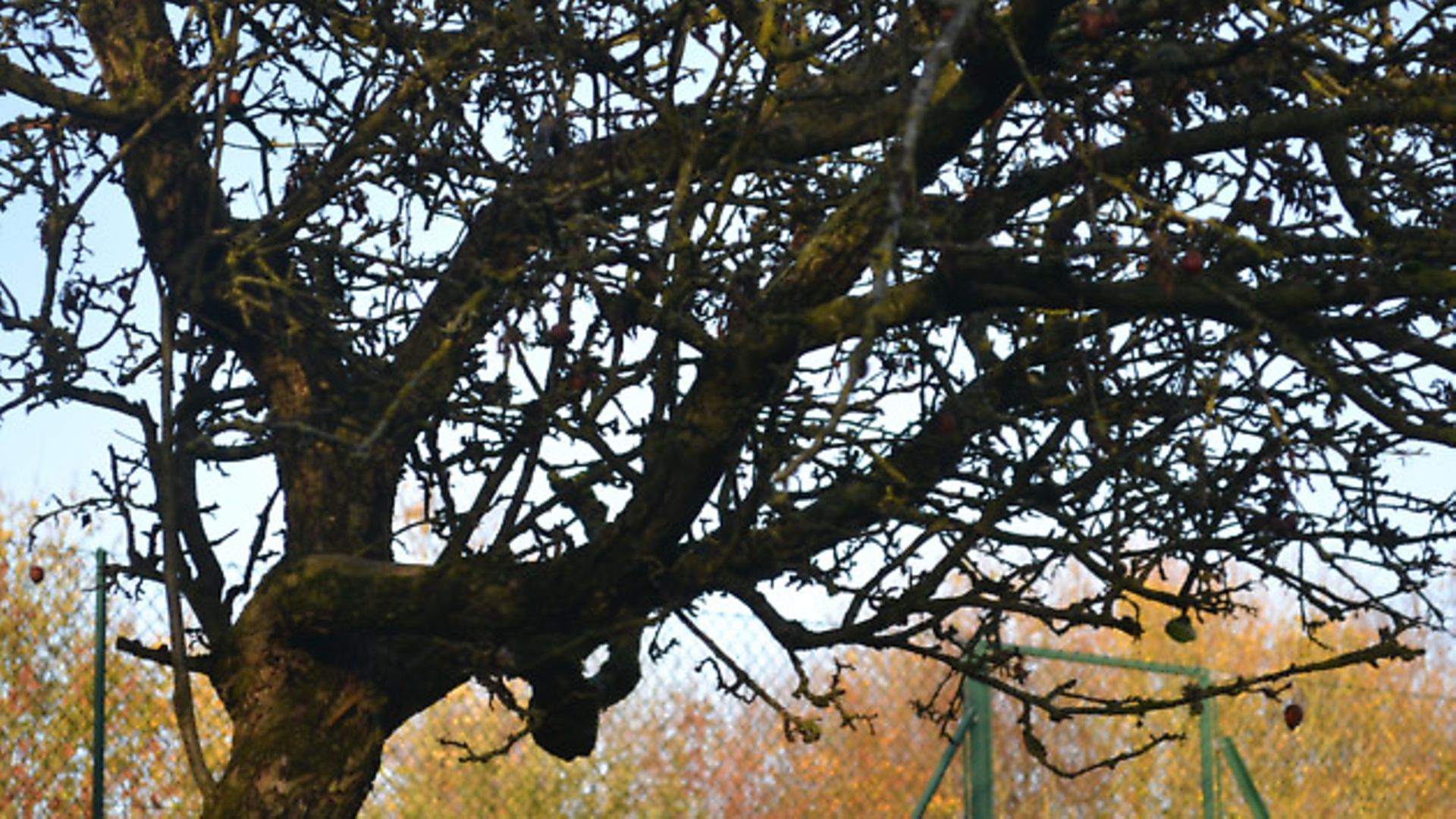 I finally got myself a couple of Ayam Cemani hens at Salisbury market, very cheaply; they are not fetching the high prices people were expecting. I only paid £9 for two hens! They are certainly something a bit different; my son, Tom, commented, ‘they look a bit like crows’. They are indeed black all over but they have a beautiful green sheen over their black feathers and they do look rather elegant, moving adroitly around the garden.

Ayam Cemanis originate in Indonesia. The ‘Ayam’ means chicken and the ‘Cemani’ is a village on the island of Java. It is thought they have been around a long time as were described by Dutch colonial settlers. They were only imported into Europe in 1998 by a Dutchman.

A dominant gene causes hyperpigmentation which makes Ayam Cemanis black all over; this condition is called fibromelanosis and it means that the birds are black inside and out. Hens will lay cream-coloured eggs and birds are light and quite flighty.

In August 2015 the Mail Online reported that in the United States, chicks were being sold for $200 each. The bird became known as The Goth Chicken or the Lamborghini of Poultry. In Asia the birds were thought to have mystical powers in their black meat! 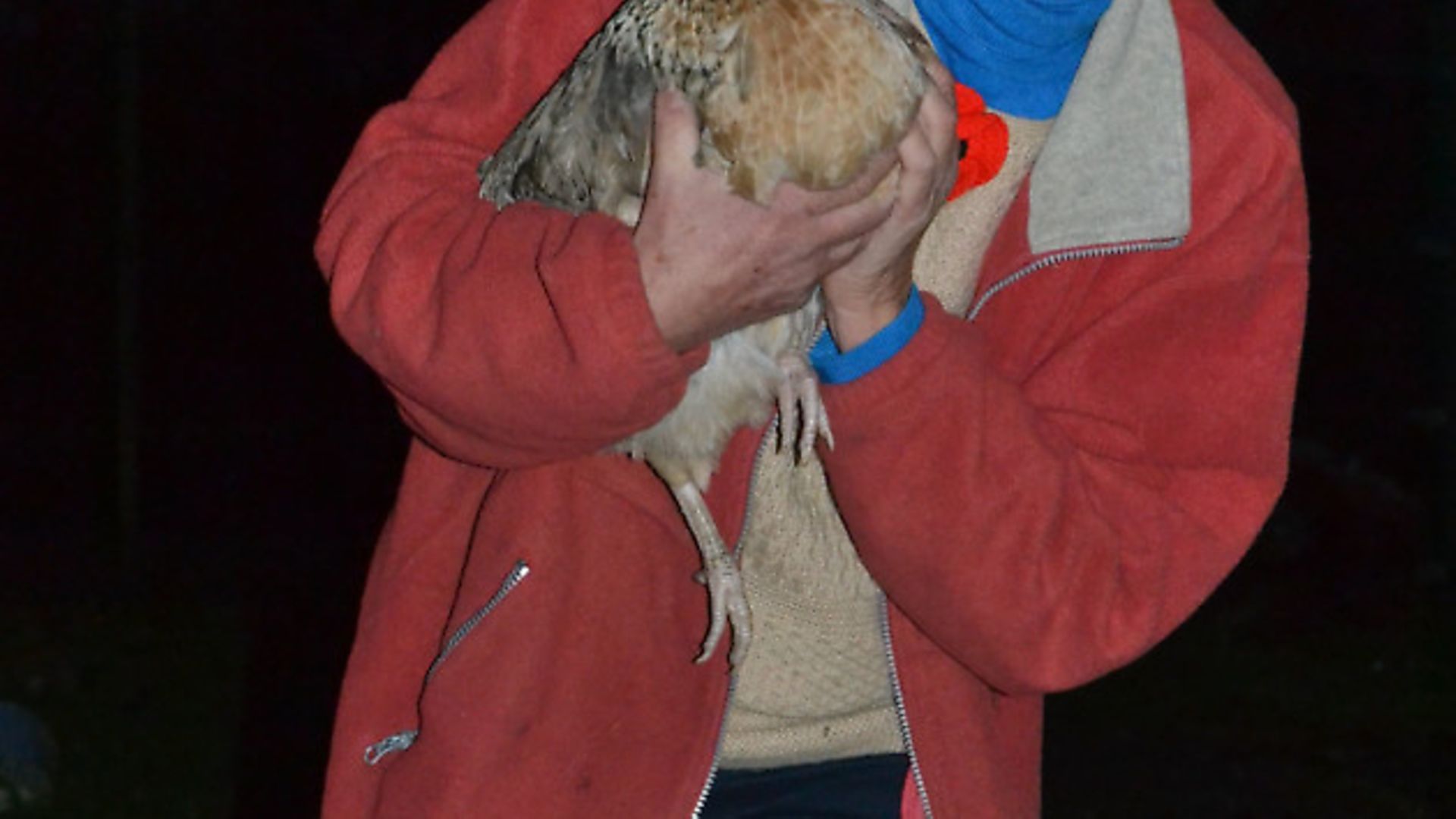 Florrie has been sitting but it is very late in the season. Not all of her eggs have been fertile but my aim is to produce a black-red Araucana hen to be a mate for my cockerel. I have got two chicks and Florrie is happy. Conditions will not be ideal as the weather will be increasingly cold for the chicks but I am hoping they will survive. One is light in colour and the other dark.

Both my Silkie crosses are stubbornly broody again – will they ever give up and realise it’s not the best time of year to hatch chicks? 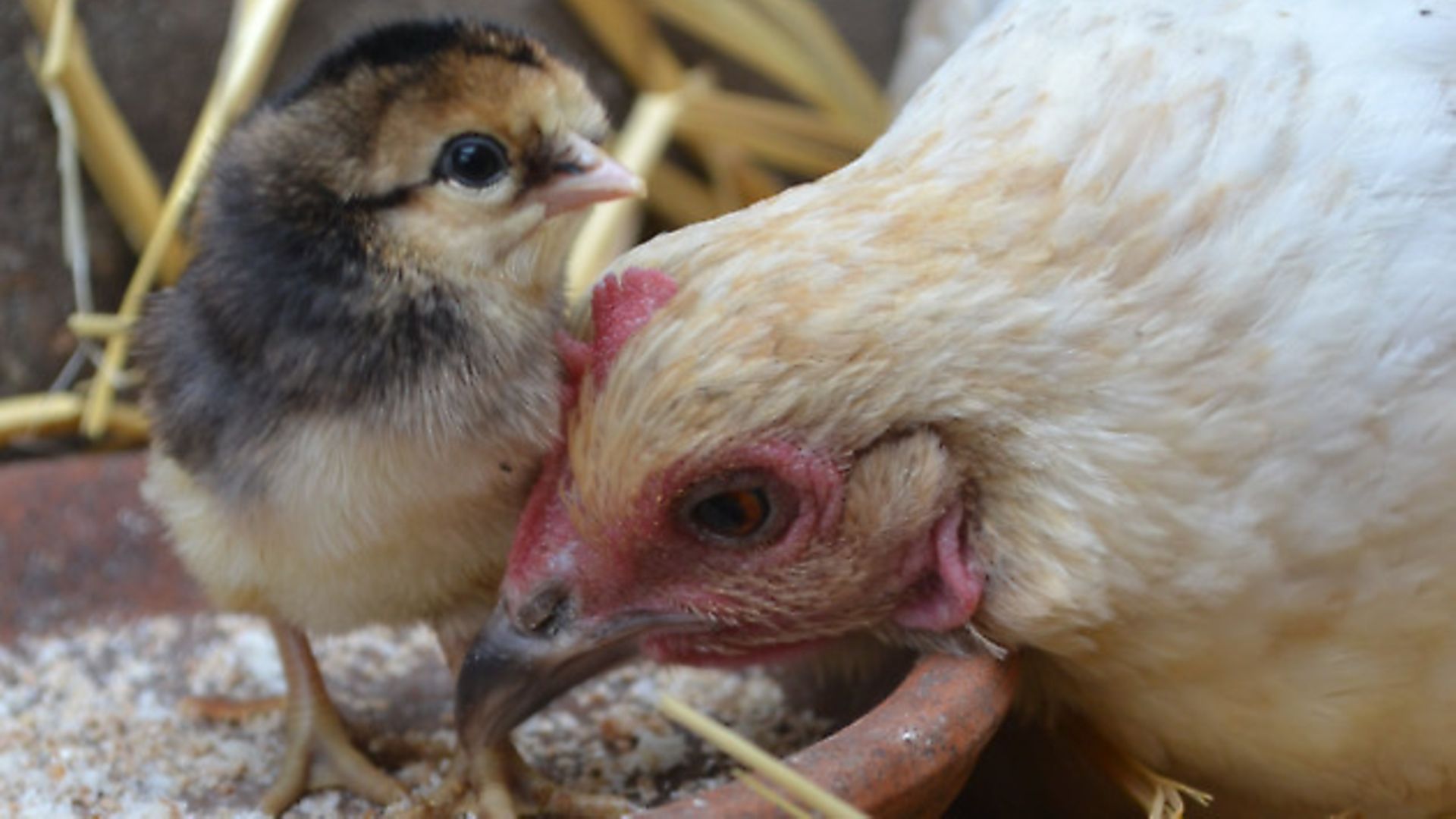 This is such a bad time of year for me with very few eggs coming in but conversely it is such a good time for the hens who can recuperate, relax and indulge in a spot of recreation. Cockerels will barely mate at this time so hens can take a break from their constant attentions.

Buttercup’s amazing life and her rescue

A few days ago I received an email from an acquaintance who had heard about a feral chicken creating havoc in various gardens in his village. Did I want to do something about it? I contacted the couple in whose garden this mischievous chicken spent most of her time. I was told that Buttercup was the only hen left after her owners moved home and dogs attacked and killed her three companions. Buttercup had incredibly been living on her own for a year surviving on the food that she found for herself, laying eggs in a nest under a hedge and roosting in a crab apple tree. I drove over to the village and the first time we searched in vain for this wily and apparently quite vicious chicken. The second time I was told she had been spotted and by the time I got there she was roosting in her tree. Up a step ladder I went to retrieve her and was pleasantly surprised to find a Cream Legbar in good condition. I was delighted! Home she came and is now settling in. We always say that hens don’t like living on their own but she has proved otherwise and managed to stay safe! Certainly she has led to a charmed life. I put the viciousness down to having to fend for herself with no cockerel on hand to protect her!

Chickens are not capable of sustained flight. The longest recorded flight was for 13 seconds. Wings are used so that a hen can fly onto a perch, onto a fence or wall but it is not so easy for a bird to fly straight up and over an obstacle. A hen will also flap her wings as the runs to give her more speed.

The primaries or flight feathers are elongated and stiff to provide lift when a hen uses its wings to flap or fly. The secondaries are the inner quills on the wings. The axial feathers separate the secondary and primary feathers. If there is a problem with hens flying out of runs then wings can be clipped – only one wing on each bird should be clipped as the idea is to make flying impossible due to imbalance. Clipping is best done after a hen has moulted and had a chance to renew her feathers. You should clip about a third off the first 10 primary flight feathers; do not touch the smaller secondary feathers which are needed for insulation. Use kitchen scissors and cut about 7cm from where the quills go into the flesh – if one cuts too near the flesh the quills will bleed.

Mycoplasma can be common at this time of year. If you have hybrids bought from a reputable breeder or rescue hens these will have been vaccinated against mycoplasma as chicks.

If any of your hens have swollen eyes, gasp for breath, sneeze and have nasal discharge then they are likely to have this infectious disease. Sometimes a hen’s eye becomes very swollen just on one side and she will hardly be able to open it. If you suspect mycoplasma you should consult your vet; an injection of Tylan 200 may be given. You can also buy a 100g pot of Tylan Soluble (in powder form) from the vet; you add a little to the water (0.5g per litre) and this should prevent and control mycoplasma in the rest of the flock.