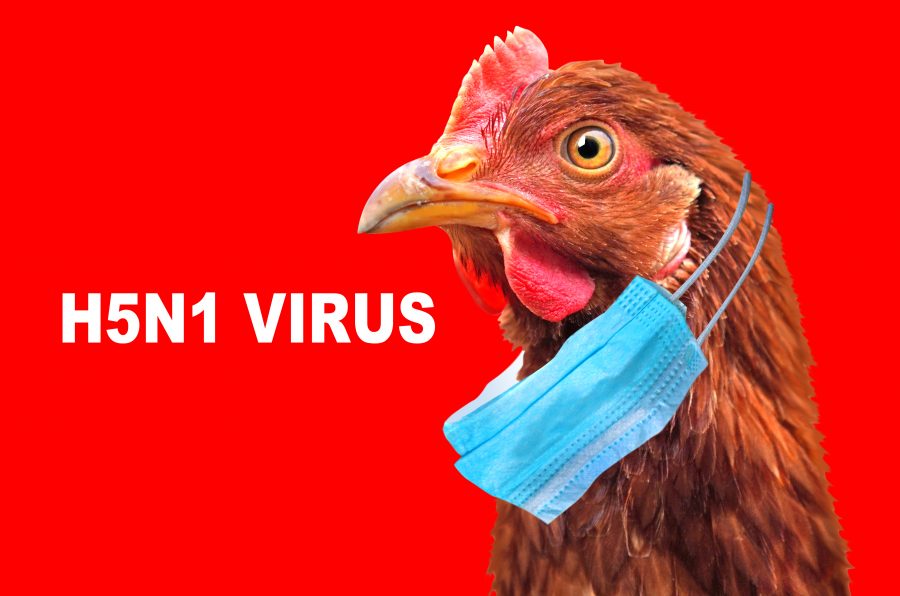 Avian influenza is a highly contagious viral disease affecting the respiratory, digestive and/or nervous system of many species of birds.

History and spread of the diseaseAvian influenza was known as ‘fowl plague’. It first appeared in Italy more than 100 years ago. The H5N1 strain, which surfaced in South East Asia in early 2004, has led to the destruction of millions of birds, and started to spread west through Europe and Africa.A series of wild bird outbreaks have occurred across Europe. The only transfers to domestic poultry have occurred in France, Sweden, Denmark, Germany and Hungary but, with early detection and effective control, these were eradicated quickly.

Most recent GB outbreaksAn outbreak of H5N1 Avian Influenza was confirmed in poultry in Upper Holton, Suffolk, in February this year. An outbreak of HPAI in poultry ocurred  in Great Britain  in 1991 in turkeys in Norfolk. In April 2006 H7N3 LPAI was confirmed on a poultry farm in Dereham, Norfolk. The outbreak involved three premises. Also in 2006 the H5N1 virus was found in a Whooper Swan in Cellardyke, Scotland.

Clinical signsTypically HPAI presents suddenly with affected birds showing oedema (swelling) of the head, cyanosis (blue discolouration) of the comb and wattles (neck and throat area), dullness, a loss of appetite, respiratory distress, diarrhoea and a drop in egg production. Birds can be infected with LPAI without showing any signs of disease. However, there can be considerable variation in the clinical picture and severity of the disease associated with the type of birds infected and whether birds are also suffering from other diseases.

TransmissionWild birds may be implicated in the introduction of avian influenza to domestic poultry. The disease may be passed on through direct contact with secretions from infected birds, especially faeces, contaminated vehicles, equipment, personnel, clothing, water or feed. Control MeasuresLegislation for control of avian influenzaThe Animal Health Act 1981 as amended in 2002 provides most of the domestic powers for the control of outbreaks of avian influenza. An Order in 2003 extends new powers. These include slaughter of diseased poultry, poultry suspected of disease and poultry exposed to disease and the ability to slaughter preventively – ‘the firebreak cull’. A revised Directive for the control of avian flu (H5 and H7) in poultry and other captive birds in the EC was adopted in 2005. This maintains the basic strict requirements for notification of disease, slaughter of infected birds and movement controls but allows for the first time a flexible risk-based approach. It adds other new provisions such as surveillance in poultry for the low pathogenic strain of the virus and allows for controls if this strain is found. It also introduces powers to allow mammals, particularly pigs on infected premises, to be tested for avian influenza virus, for controls to be put on them, and for their slaughter if necessary. There have since been other UK regulations in the UK. Vaccination can take place in certain circumstances with Defra’s consent and if a plan has been approved by the EC.Alan Beat’s viewThe impact of avian flu on smallholders is similar to FMD, in that they have little to fear from the disease itself, but much to fear from the policies imposed to protect international trade. My articles in the September and December issues of CS cover this in detail.Defra’s version of spread across Europe clearly implies ‘transfer’ of virus from wild birds to commercial units, when all available data worldwide shows that transfer occurs in the opposite direction. Defra unilaterally advises unwieldy management and feeding regimes for free range flocks to separate them from the “risk” of contact with wild birds, when no live wild bird carrying the H5N1 virus has yet been found. The available evidence suggests instead that smallholders should avoid contact with internationally traded poultry or poultry products; and that traditional, small scale outdoor flocks offer the best defence against this disease.Smallholders are thus faced with a powerful ethical dilemma. Support for current policy supports further intensification of the poultry industry and the demise of free range flocks. There is no incentive whatever for smallholders to cooperate with such a discredited policy, only the coercion of law.For further information or advice about Avian flu from Defra call their Helpline on 08459 33 55 77PICTURE: Swelling of the wattles is one of the symptoms of the disease. There may also be swelling of the head, blue discolouration of the comb and a drop in egg production.