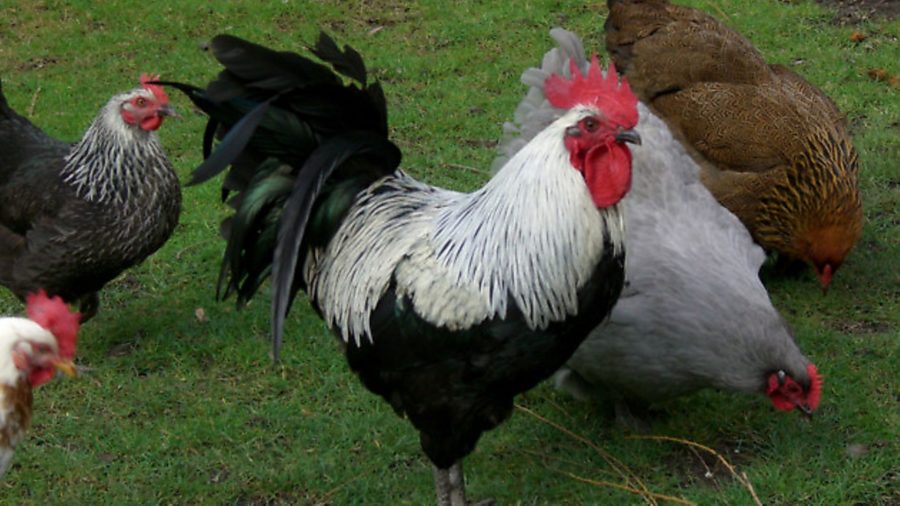 Q: My daughter’s pet Silkie is always going broody, and she’s pestering me to let her hatch some eggs. I know Silkies are supposed to be good mums so I don’t think it would be a problem, but we don’t have room for any more hens in our small garden. Would we be able to sell the youngsters – it might help with the costs of chicken feed!

A: Anne Perdeaux says – Silkies have a formidable reputation as broodies, so you would have a good chance of a successful hatch. Seeing eggs hatch and the chicks develop under the watchful eye of a hen is a wonderful experience, especially for children, but it’s important to consider what will happen to those chicks when they grow up.

If you choose eggs from a popular pure-breed, it may well be feasible to re-home or even sell the pullets. Although selling them might offset some of the feed bill, don’t forget there will be a proportion of cockerels amongst your brood. It’s almost impossible to find good homes for male birds, let alone sell them. You would have to decide either to grow them on for the table (which takes a few months) or arrange to have them humanely despatched.

An egg a day

Q: I overheard someone say “an egg a day will keep the Doctor away”. Have they just got confused with the “An apple a day” saying or is there some truth in there statement?

A: Andy Cawthray says – There is some truth, at least in the same vein as ‘an apple a day’. Eggs are a great source of essential vitamins including vitamins A, B, C, D, E and K. On top of this recent research has demonstrated that eating an egg-based lunch can make you feel fuller for longer than other regular lunches of a similar calorie count. So if there is only time for a slice of toast or a bowl of cereal for breakfast, then having eggs for lunch will suppress the afternoon snacking urge, which is no bad thing to cut out, hence making for a healthier diet all round.

Q: What’s the difference between hard feather and soft feather?

A: Andy Cawthray says – Hard-feather refers to the plumage type most often seen in game breeds. The feathering on the birds is tight and held closely to the body, and may even be absent from some areas such as the breast bone. There is little fluff on the feathers which are usually short, narrow and closely webbed in appearance with strong shafts. Such feathering predominates in the game breeds as it harks from the cock fighting days when tight feathering provided less opportunity for grip by an opposing bird in a fight.

Soft-feather put simply this is anything that’s not hard feathered, but it is also commonly used to refer to breeds that have loose feathering, where the fluffy appearance of the feathers, and their general abundance, can make the bird appear much larger than it actually is in the flesh, such as an Orpington.

Q: All I want to know is why my 5 chickens stop laying, crap in the nesting boxes, and peck holes in the only egg that is laid.

A: Charlotte Popescu – You do not say what type of hens you have or how old they are. I am assuming they may be hybrids. Hybrids will lay through their first winter, but in their second winter they will moult and may come back into lay after that but eggs will not be so prolific. They will never lay as well as in that first year and may revert to pure breed habits; this means taking a break in the winter months and laying again as the light starts to increase in the New Year.

Your hens are making a mess in the nest boxes because they are probably sleeping in them. They make attractive, warm, cosy beds! On the whole, hens like to roost high up and so you should make sure perches are above the level of the nest boxes. The problem is that hybrids have often not been taught to roost; you may have to remove guilty parties from the nest boxes and place them on the perches in the evening. You could also block off access to the boxes at the same time.

It sounds as if the odd egg that is being laid is soft-shelled so it is easy for hens to peck into and eat it. Hens can lay soft-shelled eggs as they come to the end of laying for the year but this could also be because of lack of calcium. You should make sure they have a plentiful supply of mixed poultry grit which includes oystershell which will provide extra calcium in their diet.

How do they clean show birds?

Q: Having just enjoyed my first ever visit to the National Poultry Show, I left wondering how the owners of the birds on show managed to keep them so clean with the recent wet weather. My chickens in their back garden pen have muddy feet and dirty feathers!

A: Jeremy Hobson says – There are many little tips and wrinkles in use by the show fraternity that will enhance a potential prize-winner and give it the best possible chance when it appears before a judge. Soft-feathered varieties are often washed: traditionally in pure soap-flakes such as ‘Lux’ and then, if of a white plumage, given a rinse in water into which ‘dolly blue’ has been added. Nowadays it is more usual to simply use lukewarm water and a children’s hair shampoo (or an anti-mite dog shampoo). After being carefully washed and rinsed, the feathers are patted dry with a towel, or even a hair-dryer on a gentle setting!

Hard-feathered breeds are not normally washed. they will, however, most likely have their legs and feet washed and gently cleaned with a soft nail-brush or old toothbrush. Old hands advised removed ingrained dirt from under the scales with the point of a cocktail stick and finishing the manicure with a thin coating of well rubbed-in petroleum jelly.

Combs and wattles are sponged carefully and wiped dry and clean with absorbent kitchen roll – and then a little baby oil or Vaseline is sometimes applied.

There are some enhancements in poultry showing that are permitted – and some which are not. Known as ‘faking’, an owner might well be disqualified from a show were they, for example, to attempt to artificially colour any imperfections in a bird’s plumage.