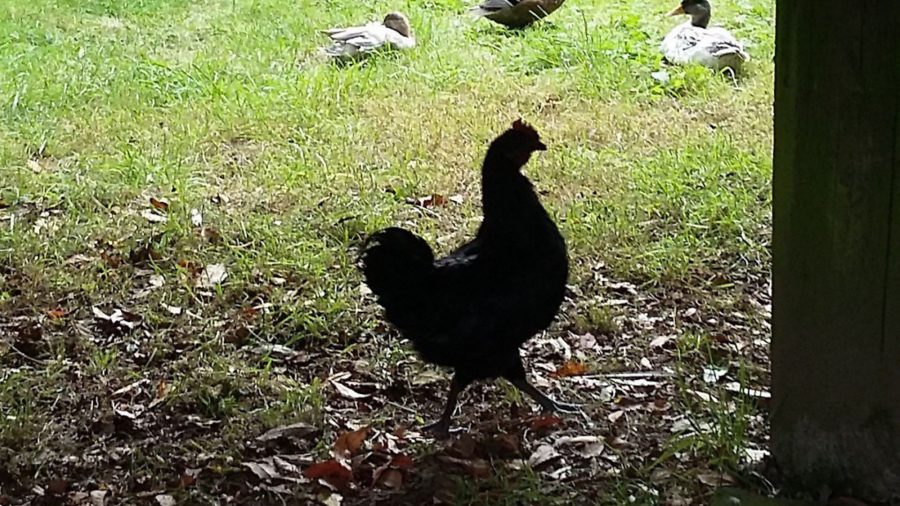 A solitary chicken and a lonely duck find solace together… 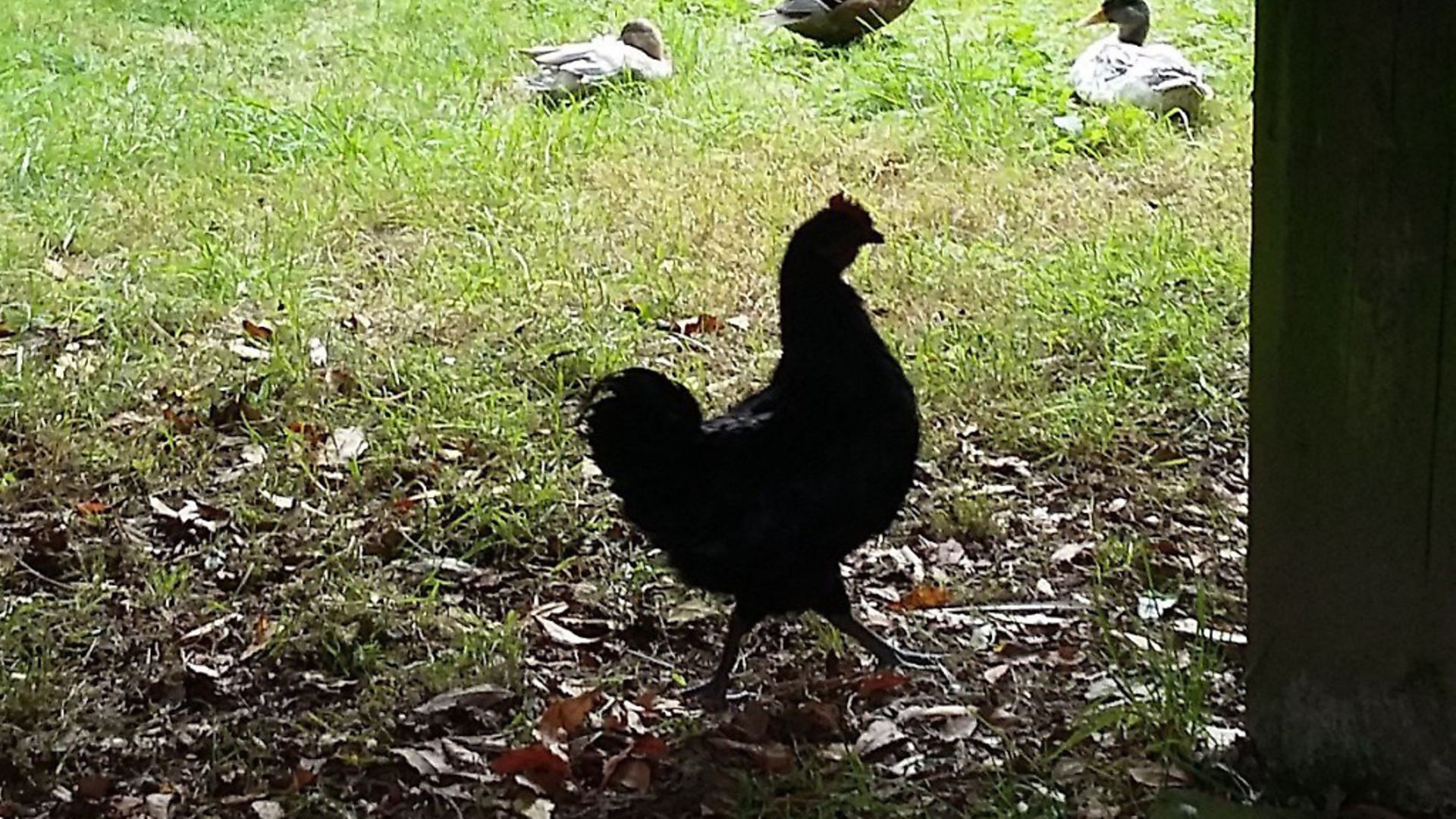 You probably know of some unlikely animal friendships – a dog that befriends a kitten, perhaps, or a lonely donkey striking up a friendship with a sheep. Animals that usually live in a group will often find a friend across the species divide if there is no-one of their own shape available. Chickens, it turns out, are no exception.

This summer two of my ducks were taken by a fox, leaving me with a single duck. As well as this, one of my hens, Beady, had raised a single chick. This chick was too young to join the rest of the flock, and when Beady abandoned it was left alone without companions. Before long, Desdemona the solitary duck and Chintz the solitary chick became friends. This wasn’t always easy, as Desdemona liked to spend her day bobbing in the pond and preening her feathers, while Chintz wanted to go looking for worms and beetles. Despite their differences they hung around together and were often to be found snoozing side-by-side under the bay tree.

Problems began one day when I heard the strangled warbling sound that could mean only one thing – one of my young birds was trying to crow. As the only young bird was Chintz, it was fairly clear who the culprit was. Chintz was a cockerel. Now, while it is quite possible for male and female friendships to work in the human world, it’s a bit different in the poultry world. Sooner or later, Chintz was going to start harassing Desdemona in a way she definitely would not appreciate. The end of a beautiful friendship was looming, so I bought four ducks and three pullets from a local poultry sale and waited to see what would happen.

At first, Desdemona was petrified of the new ducks, but after a couple of days she became fascinated by them and eventually joined their group. Poor Chintz followed Desdemona forlornly for a few days before giving up and going back to a solitary lifestyle. Before long, however, he teamed up with the young pullets (all about the same age as him). Peace and harmony now reign as Desdemona enjoys the company of the ducks and Chintz enjoys the company of pullets. I like to think they can still be friends, though, despite their differences.