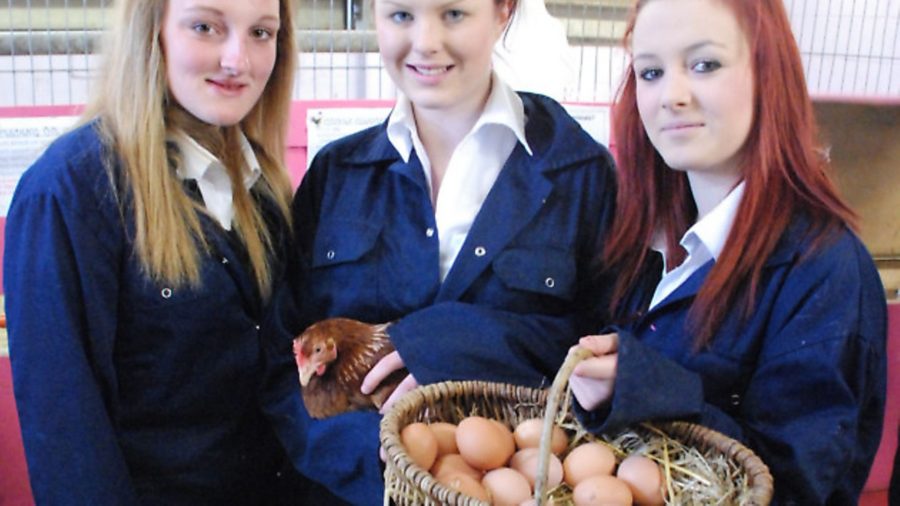 College students in County Durham were set a poultry poser: how to get their chickens to lay more eggs! 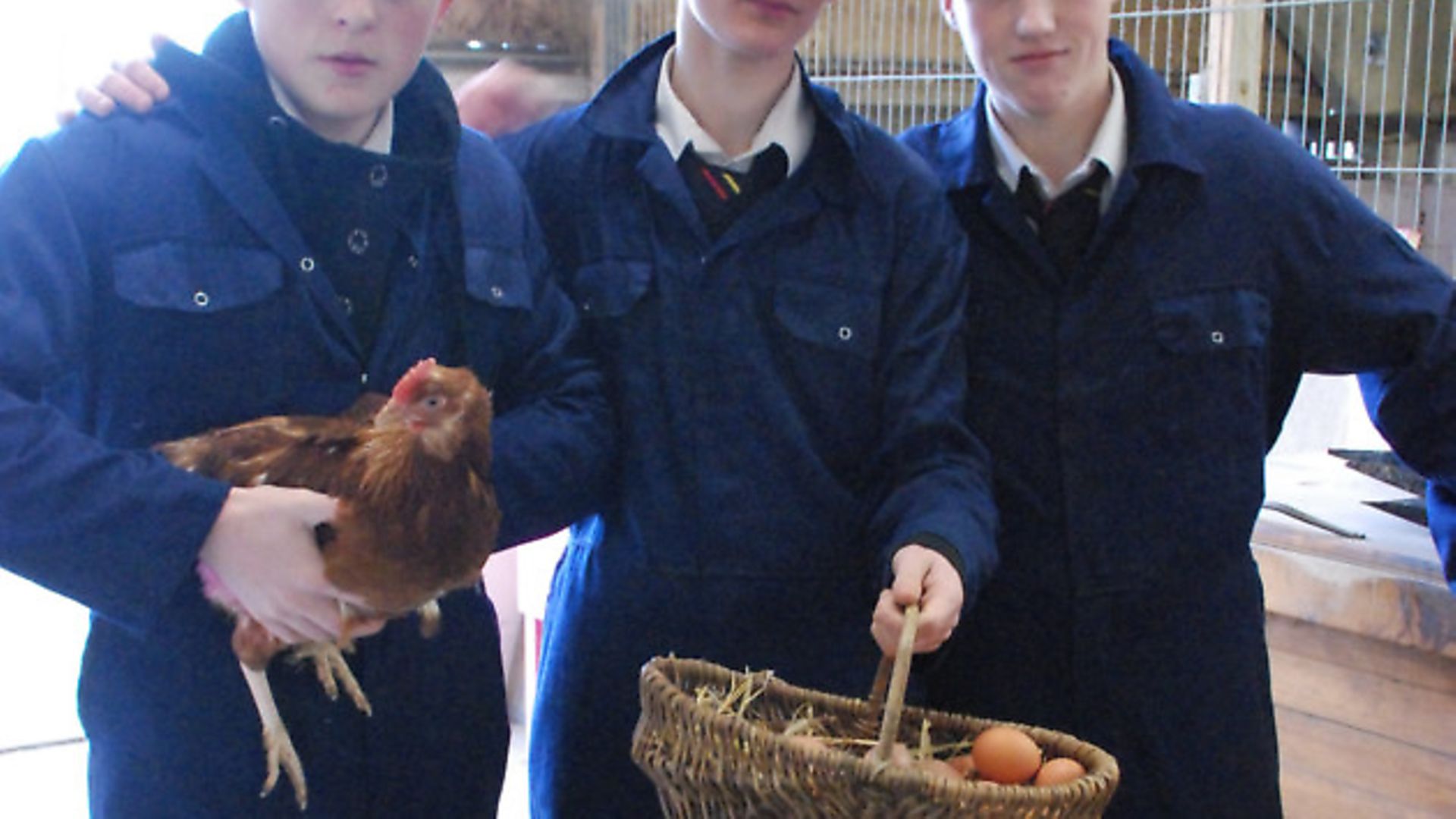 Chickens have a key role at a farm shared by two colleges in County Durham, and demand for their eggs was so great that students were given a special project – to work out how to increase the supply!

The project was an outstanding success, and the students told Your Chickens they are delighted that they worked out how to increase production.

The Durham Federation is a partnership between two secondary schools, Durham Community Business College and Fyndoune Community College, and was recently judged as ‘outstanding’ by OFSTED.

The farm has a central role in the curriculum, and is used for subjects such as animal care, horse care and horticulture, as well as being an integral part of all other subject areas.

Teacher Anneli Larsson said: “Demand for eggs has been steadily rising and the farm’s chickens were not able to meet this. Working in collaboration with the technology department, an enterprise activity was developed by students to see what could be done about this.

“They initially researched egg production, exploring the factors which affect productivity, from which breed produces the highest yield, to what enrichment would create happy, healthy chickens and what their diet should consist of to increase production. They were mindful that whilst their aim was to increase productivity, maintaining the welfare of the chickens was central to their challenge.”

During the course of the project, the students decided to change the breed of chicken. “The first challenge was to find homes for the existing flock of 44 Bovan hybrid hens,” said Anneli. “They were past their productive cycle and in need of a quieter life. Local allotment keepers were asked and the response was amazing – every chicken found a happy home on a plot in the surrounding villages.”

“After carrying out research and questioning local breeders via The Durham Hens Forum, the students decided to opt for Eurostar Hybrid Pullets produced by a nearby hatchery. This breed is renowned for being a good layer.”

Sixty hens were ordered, and the task of preparing their home began; it was scrubbed, disinfected and painted. New water hoppers and feed hoppers were in place; layers pellets, wheat and grit ordered. A deep litter was applied in their roomy barn; extra perches were added, as were more nesting boxes.”

The hens were then delivered, and the next priority was to work out how to maximise production. “The students researched thoroughly and consulted many experts asking for their advice,” said Anneli. “They identified daylight exposure as the main factor influencing egg yield, along with amount and quality of food given.

“The chickens were kept in a barn that during summer months is sufficiently light, but during winter months laying was adversely affected due to insufficient daylight hours. Lighting with timers was set up in the barn this was used to influence the chickens’ exposure to light.

“The timer was set so they received 12 hours of light a day. The students were thrilled with the response. The extra light triggered the majority of the birds to begin their laying cycle and had an immediate effect on productivity.”

The students’ aim was also to make the chickens’ life as happy and enjoyable as possible, changing the feeding regime, adding fresh vegetables grown on the farm and cut grass, enabling the chickens to display natural feeding behaviour.

“They believed that healthy, happy birds would lay better, so set about enriching the chickens’ lives,” said Anneli. “They added extras to the barn, such as tyre swings to provide some enjoyment and regularly carried out health checks. The chickens were also sprayed with anti-pecking spray to try and eliminate any bullying.

“The students were incredibly proud of their achievements. Not only were they successful in raising egg production, but they also succeeded in maintaining a high standard of animal welfare. They understood that enriching the chickens’ lives was integral to raise productivity.”

Richelle, a Year 11 student, added: “The project gave us the opportunity to make our own decisions and choose what we believed to be the best thing to do in increasing the egg productivity.

Connor, a Year 11 student, said: “It was rewarding to see that our aim of increasing productivity was met, but also that the chickens were now having a more enjoyable life.”