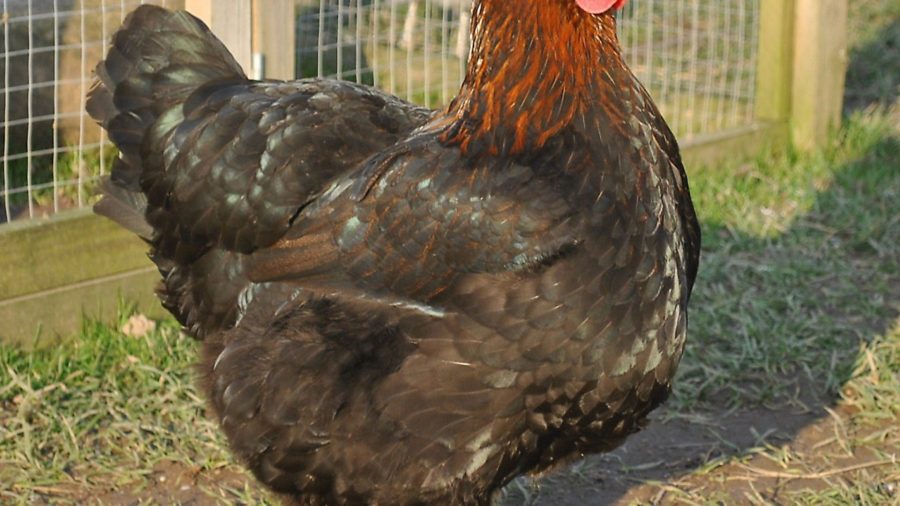 An eclectic alphabet of chicken facts with a difference 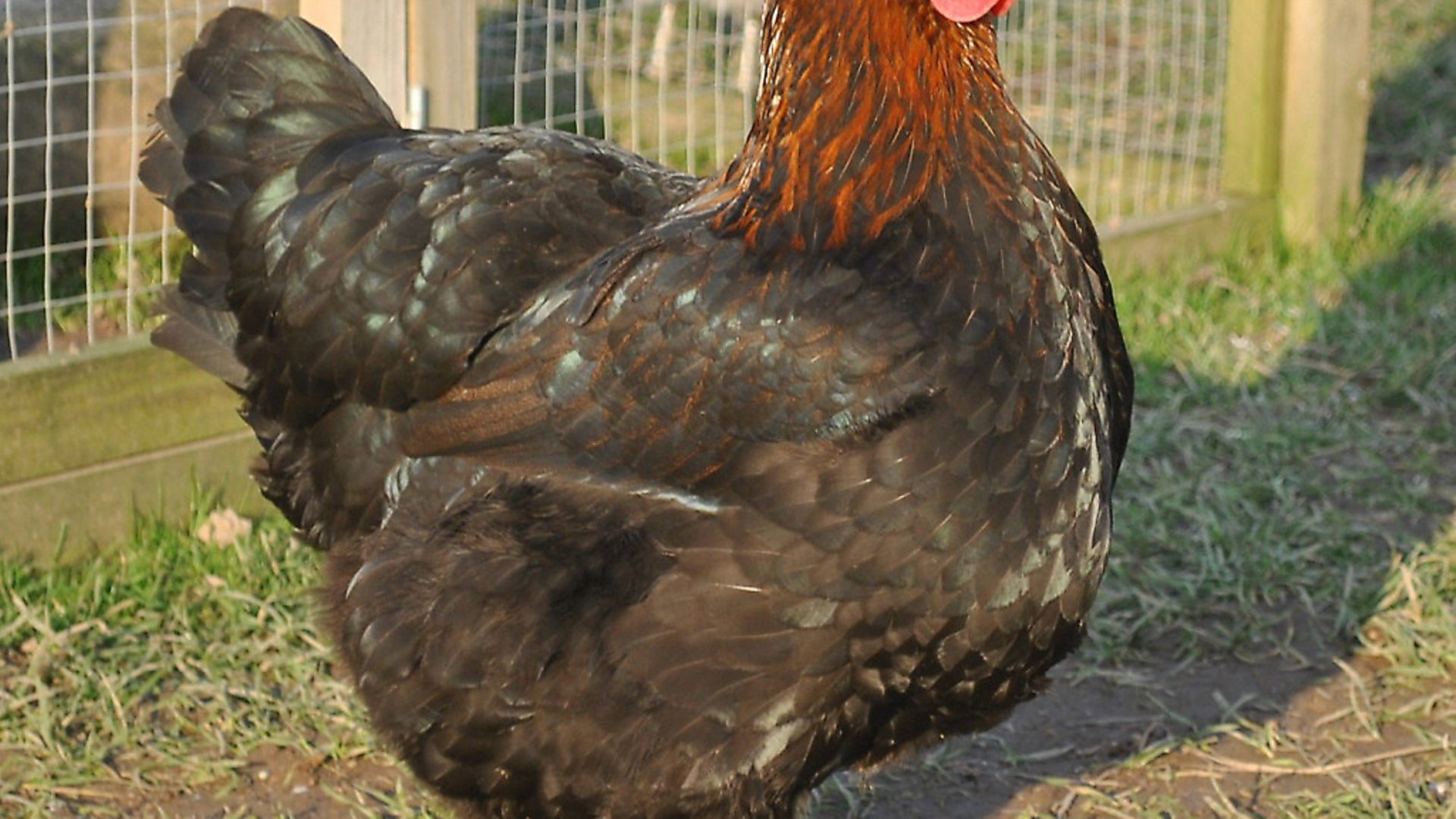 It is a myth to believe that once a hen starts to lay she will do so without a break until her next moult. The laying cycle is the number of consecutive days that a hen will lay an egg, and this can vary from around 14 days to close to a year at the commercial end of the scale. It can also vary according to the breed. A pure dual purpose hen like an Ixworth perhaps manages 30 to 40 days in its cycle before breaking for a day or two, while a good laying breed like the Leghorn can manage up to eighty days before taking time off.

A chicken has a single functioning ovary containing follicles of different sizes and maturities. When a follicle reaches maturity it detaches, and is now referred to as a yolk. This is the beginning of the egg cycle where it begins its journey down the oviduct. The journey will take just over 24 hours to complete.

Firstly the yolk enters the infundibulum where it remains for around 15 minutes. If the hen has recently copulated successfully with a male bird then this is where the sperm is stored and where fertilisation will occur. The yolk then enters the magnum and will spend around three hours there whilst the white is secreted and attaches itself.

The combined yolk and white then enters the isthmus for approximately one hour whilst two membranes encase it. The yolk, now complete with its two membranes, enters the uterus where the shell is added and formed in the remainder of the time period, before passing to the vagina where hormone induced uterine contractions will deliver the egg.

A good laying strain of chicken will lay 300 eggs in a year (strain possibly being the right word here!). 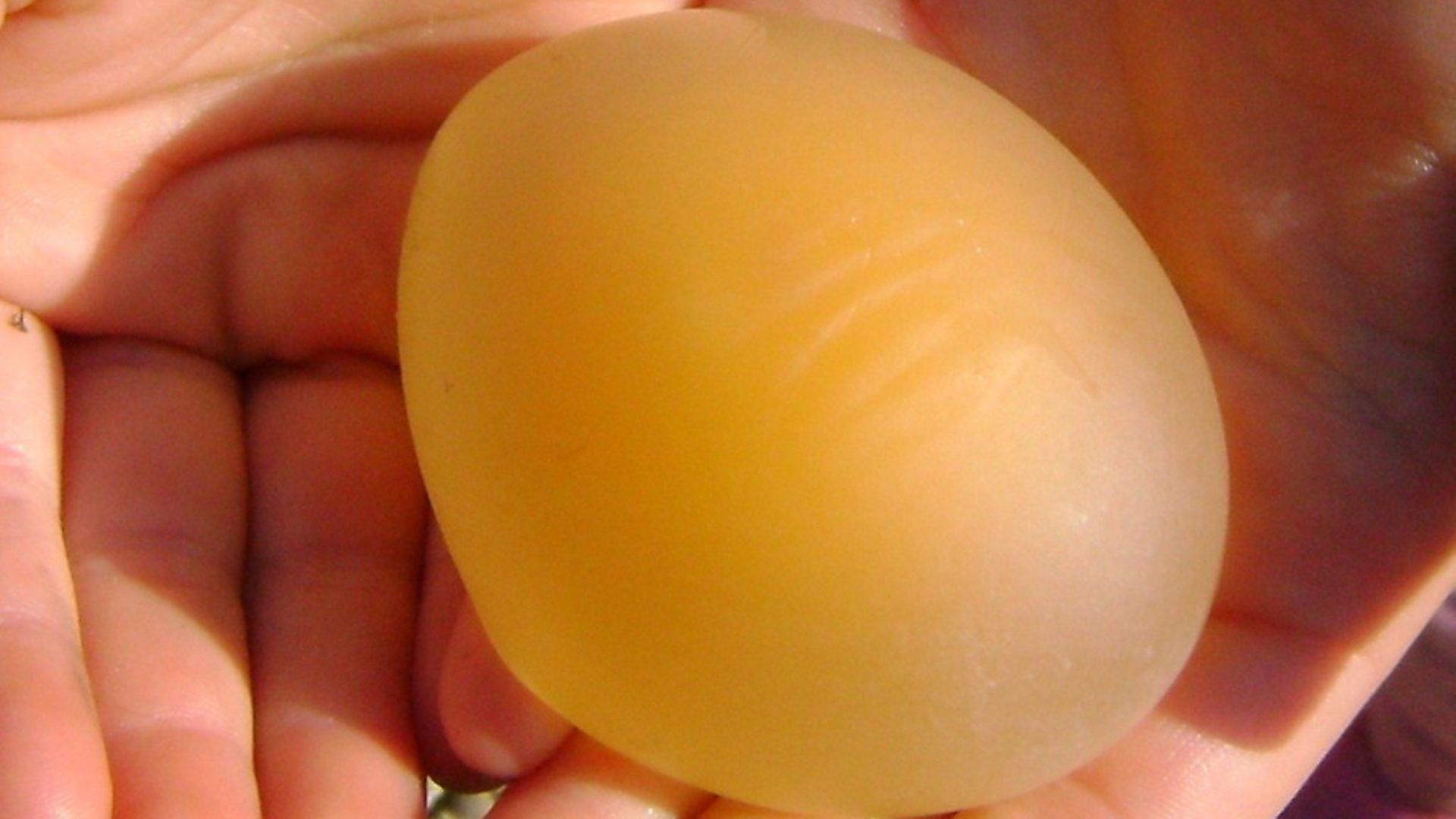 The time lapse between first and last egg, allowing for breaks that would be expected due to the laying cycle of the bird, can be highly dependent upon a number of environmental factors, the stresses they may place on the female, and the breed of chicken. However a young pullet or young hen will usually lay from early spring through to late autumn.

The period of lay may also refer to the longevity or number of years a female chicken will lay for. This can depend, again, on the breed and strain of a chicken but can also be influenced by the conditions in which the chicken is kept. If the chicken is simply exposed to the normal environmental conditions (e.g. temperature and light) dictated by the seasons of the year, she will lay during the spring to autumn each year, and hence could go on to provide eggs (albeit it at a lower volume as she ages) for up to 10 years and possibly beyond.

If, however, the chicken is subject to a managed environment where optimum laying conditions are provided throughout the year she may only lay (albeit in higher numbers) for three years, by which time she could have exhausted herself and her supply of eggs.

This is the number of eggs a bird will lay in a calendar year. This will be very variable and dependent primarily on the breed and strain of chicken. Some laying strains of Leghorn, for example, can lay up to three hundred eggs in a year, an exhibition counterpart of the same breed, however, may only achieve double figures.

This is usually abbreviated to POL and refers to pullets that are at the point of beginning their first period of laying eggs. The precise point at which a pullet will begin to lay is not possible to pinpoint, and, in many respects, ‘point of lay’ should perhaps be considered ‘potential of lay’. It is, however, on average, around the twenty weeks of age mark with commercial strains considered as POL at about seventeen weeks and many of the pure breeds being closer to twenty-five weeks (and sometimes beyond) before they begin to lay.

If egg colour is an important factor in a laying flock then selecting the right eggs, at the right point of the season, to hatch from is essential. It is important to note that as the hen lays more and more eggs throughout the season her ability to colour them so intensely diminishes. Therefore, a hen that lays strongly coloured eggs late in the laying season will have laid less eggs during the season and is therefore not as productive. If volume of egg production is important then you should not incubate and hatch these eggs but if productivity is not the end game but the consistent (albeit low level) production of intensely coloured eggs (for exhibiting for example) is, then hatching from these eggs will achieve your objective.

There is a certain amount of pleasure at the prospect of twice the yolk when one of these eggs is cracked into a frying pan. However, that pleasure may not be shared by the hen as these eggs can be markedly larger than a normal egg.

The double yolked egg is an egg containing two yolks and is usually a result of ovulation occurring too rapidly for the rest of the egg production process. They occur more frequently in pullets than in established laying hens although it is often an inherited trait in heavy breeds of hen.

Double yolkers can be fertilized and the embryos can develop, though the likelihood of both surviving to the point of hatching, and hatching successfully, is rare.

Multiple yoked eggs are not uncommon and to accumulate hens that are capable of laying them was, and, to some extent still is, a prize worth having, particularly if you sell eggs off the gate. Incidentally, the most yolks ever recorded in a single egg was nine.

Optimum light conditions for a laying hen are 15 hours of light a day. These conditions can be simulated using artificial controlled lighting which needs to be gradually introduced as light levels begin to fall below the fifteen hour marker. This will encourage your chickens to continue to lay beyond the point when they would naturally slow down and stop, usually prior to their annual moult. Light intensity also plays a part in the stimulus of laying, and it is worth noting that incorrect lighting can have a negative effect on the chickens’ ability to rest and develop immunity. Research should be undertaken for your particular coop setup before simply dangling a light bulb in there.