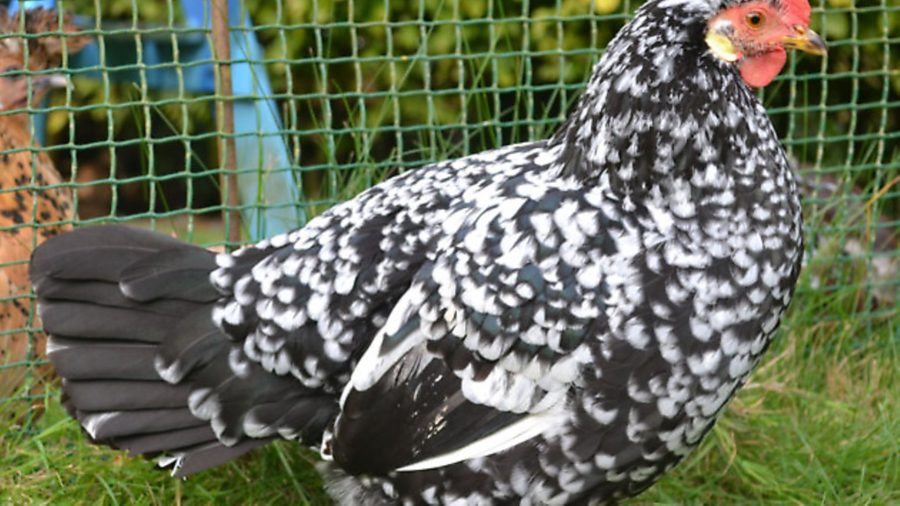 Charlotte Popescu’s hens take a well-earned break. There have also been some losses…

This is a very quiet time of year for my flock. We have had some glorious sunny days which the hens always enjoy. A spot of sun-bathing does them a world of good. They absorb Vitamin D whilst lying in the sun, just as we do. My hens are very relaxed and seem to spend much of the day dozing, even while still standing – chickens are very good at shutting their eyes and resting while still on their feet just like horses!

This time of year can be a tricky period when you might lose one or two of your hens. Jodie, bought at market with her brood of chicks, was fine when she came to me and looked after her chicks meticulously. Then, out of the blue around two months later, she looked lethargic and slowly went down hill until she passed away one night. Luckily her chicks were at least 12 weeks old so fully able to cope on their own. I also recently lost Millie who started losing interest in life and gradually faded away; she was not too old and had no obvious signs of illness apart from listlessness.

I love having a few Exchequer Leghorns amongst my flock. I think they look very distinctive with their black and white markings. Some come out with more white, some with more black especially in their tail feathers. Strictly speaking the black and white effect should be evenly distributed. Leghorns are easy to look after and, being light birds, often end up going in the tree for the night; they are also excellent foragers. They are good layers of white eggs and, although most people prefer my dark brown eggs, the white ones make up a good mix of colours in my egg boxes. Standard Leghorns have almost disproportionately large combs, wattles and white earlobes but my Exchequers seem to have more normal sized appendages! Exchequers were developed in Scotland by Robert Miller in the early 1900s. Apparently he chanced upon a batch of five chicks that were black and white, was rather attracted to them and decided to perfect and establish this individual colour; he called them Exchequers after their black and white chequering but also because they contributed to the farm exchequer. They were found to be excellent layers of large white eggs as well being prone to early maturity (some laid at 17 or 18 weeks) and were very hardy, being bred in Scotland and the North of England initially. This meant that they could adapt to all climes and conditions of soil. To make sure the colour is distinguished from that of Anconas, the under colour was developed as white (the Ancona has a black under colour); the birds must not be too black or too white-looking but if anything darker birds should be used in breeding as the tendency is for progeny to be lighter than parent stock. Legs should always be yellow.

In my opinion Exchequers are now more popular than the ordinary white Leghorns and just as good at laying!

At the end of the laying season, all my eggs look rather dull in colour. This is a natural occurrence as hens tend to produce less pigment for their egg shells as the season progresses. So my dark brown egg layers produce medium brown shells or eggs with a speckled effect and my green egg layers produce eggs that look almost cream coloured.

Hens normally just have a small protuberance or bud where a spur could grow. But some hens do develop proper spurs and this can be an indication that the hen is old as these spurs have taken some time to grow. The spurs can become quite long and sharp. It seems very random – two out of my three Cream Legbars have spurs but have not spotted any other hens with substantial spurs amongst the rest of my flock.

In my experience normal cats don’t manage to kill fully grown chickens and are often too scared to go anywhere near my flock. In 20 years I have only once had a cat kill one chick. I do have neighbours with cats and they do help out with my rodent problem – my hens don’t take much notice of any cats passing through my garden! Feral cats could kill chicks and small bantams but it is unlikely that they could take on a large hen or cockerel.

There is one large breed of cats, Maine Coons, which are large and vicious and I have read about attacks on chickens in America, from where they originate.

I was recently told about a Maine Coon that attacked an aggressive Orpington cockerel. He was actually being used to protect his hens from the Maine Coon. Now he has braved an attack and has been wounded quite severely. I hope he survives and maybe will look more kindly on the humans who are now tending his wounds!