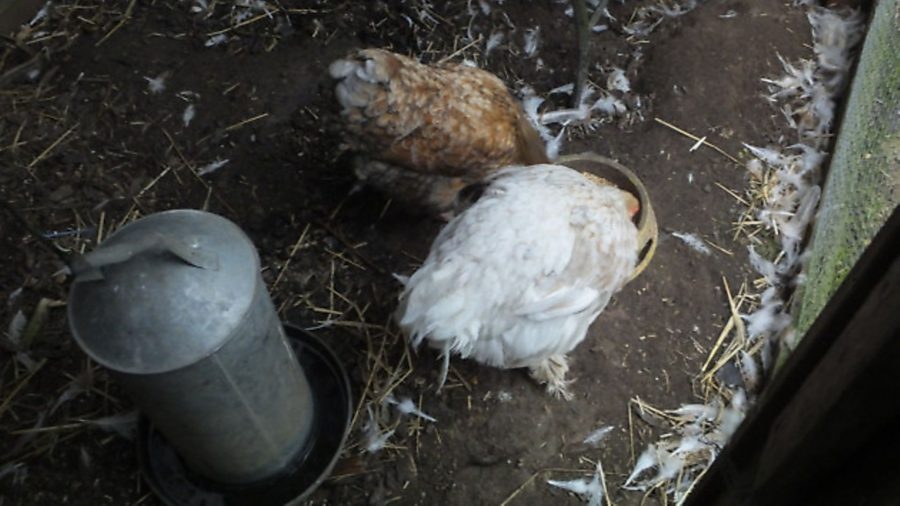 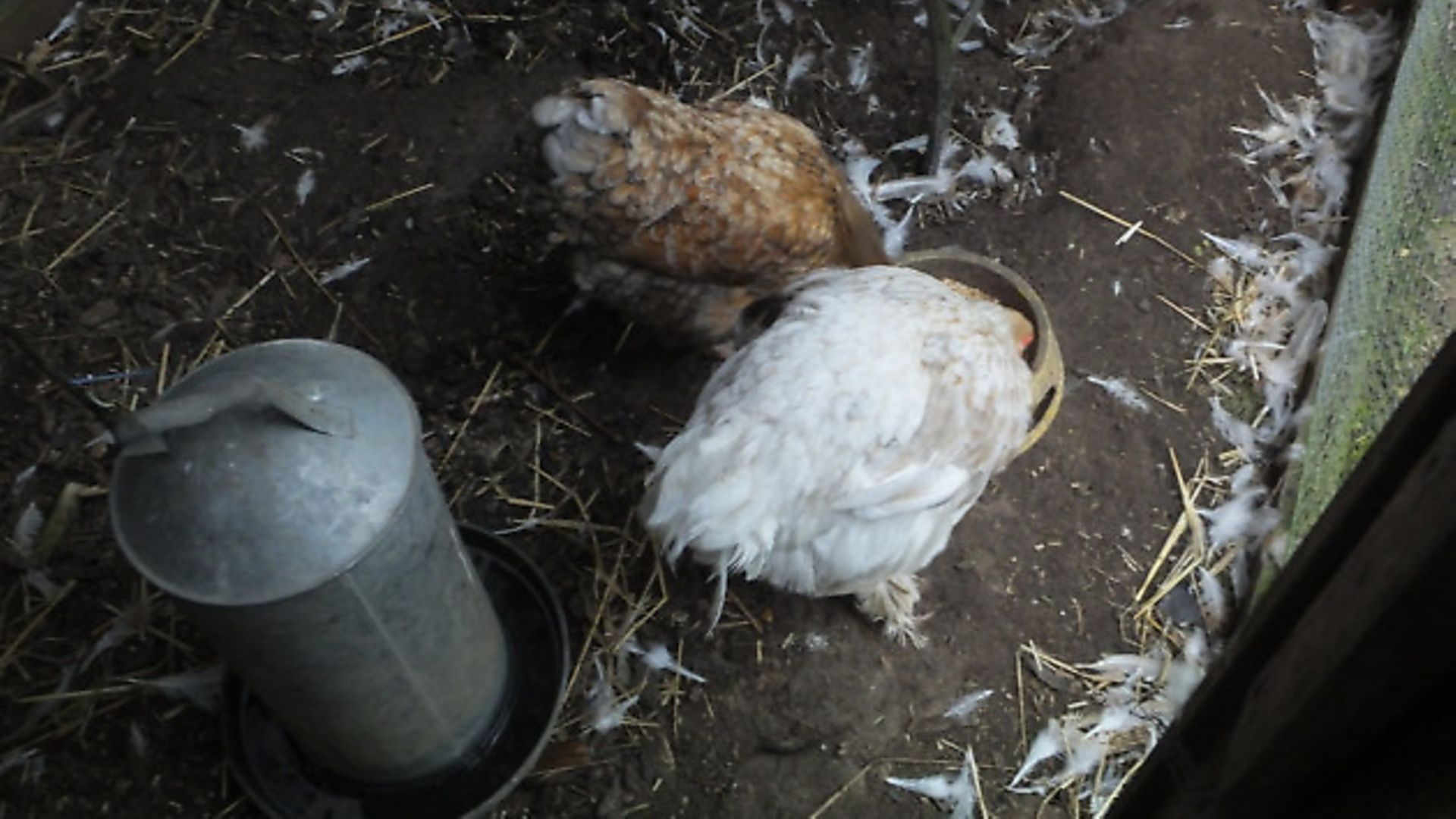 Sadly, this is starting to be true of me, and is particularly true of the chickens, who are moulting prodigiously. Even Squawks, the bird with the chest complaint, is putting a lot of what energy she has into producing new plumage. I’d rather hoped she’d got this chore out of the way earlier in the year, as making new feathers really takes it out of a chicken, but perverse to the bitter end she’s shedding feathers and producing new ones.

Chickens renew their plumage at different rates. Snatchit gets rid of her old feathers bit by bit, so it’s not obvious appearance wise. Not so Priscilla the Brahma. This bird dumps vast quantities in one go. When this process started I came into the garden and was alarmed to discover swathes of pale brown feathers in clumps on the lawn. My first thought was that she’d been attacked, but a quick search revealed a slightly bald looking chicken lolloping about and apparently none the worse. Inside the hen house the floor was thickly carpeted with her discarded plumage, and it was a wonder that she didn’t look semi-plucked.

Slasher the Aruacana is another serial feather dumper, although this year I thought she was ignoring the trend of producing a stylish autumn coat. When she does, this bird goes from looking small and elegant to rather sawn off at the vent end and sporting a skinny little neck from which a spiny stubble of new feathers stick out like a punk rocker’s collar. As of this morning, that’s how she looks.

Growing new feathers tends to make the birds irritable. Squawks in particular is more likely to have a go at her cohorts, but Slasher, a rather standoffish character, simply becomes more skittish and keen to dive for cover when she sees me coming.

Hadron and Collider, our two most recent hens, who are currently living with the ducks, are on trend moulting-wise. Collider, a Marans, has shed great clouds of them, which all seem to have ended up in the pond, so I now have to make regular visits with a child’s seaside net to get them out, before they sink and rot, or clog up the pond filter pump. This task isn’t helped by the ducks, who are also divesting themselves of their summer coats. Since they spend a lot of time on the water, Bombay and Co are making sure that a lot of them end up in it too.

Right now Collider is a two-tone chicken, with patches of new darker feathers contrasting with the ones she is about to get rid of. We are, I think, on the home straight feather replacement-wise, so in a couple of weeks expect that everybody will be muffled up for the winter.

This should have another positive by-product in the form of some eggs. Making new feathers takes a lot of energy which might otherwise go into laying, something, an activity nobody has bothered to engage in for the last three weeks.