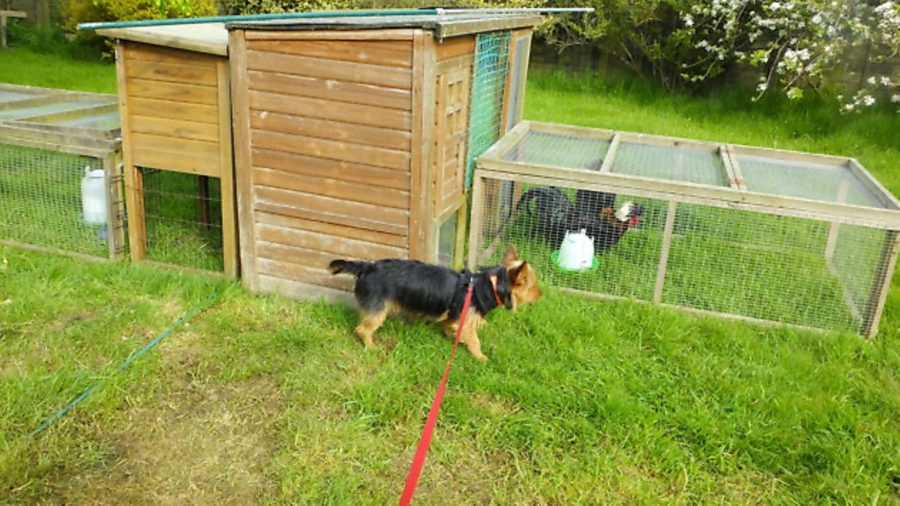 Martin Gurdon has a health scare with his flock

I had planned to write a jolly column about dogs and chickens, but events have rather derailed this.

About a week ago Myrtle the Welsummer, one of our two youngest birds, appeared to have something stuck in her throat.

The bird was opening her beak and straining. Every so often she made a slightly strangulated noise. Catching Myrtle I found that her breath was noisy. Otherwise she seemed fine. Her appetite was good and she hadn’t lost weight.

However, this reminded me of Squawks, our professionally irritated Black Orpington, when she went down with gapeworm in 2013, and very nearly kicked the bucket. An hour later and Myrtle was no better, so I got in touch with Montgomery Veterinary Clinic, a practice near Ashford, Kent, whose staff have specialist bird health knowledge, who’d pulled Squawks back from the brink and saved our ducks from the ravages of chlamydia. I made the call on a Friday afternoon and was gratified when the receptionist found a slot for us to visit the following morning.

“If she’s got this the others might well have it too,” he said, which wasn’t great news.

We went home with two lots of medication, one liquid and the other in pill form, and a £66 bill.

“I think we’ve caught it early,” I said, and the vet agreed, but instead of picking up, Myrtle went rapidly downhill, and by late Sunday afternoon was dead. She was only 18 months old, was in lay and appeared to be full of beans until the illness became obvious.

I would have taken a deep breath and taken her mortal remains back to the vet for a vastly expensive autopsy, but work was taking me away from home for most of the following week.

This was one of those chicken keeping reality checks.

Concerned that the poor bird had died of something virulent I caught everybody else and prized open their beaks.

Despite the vet’s prognosis, everyone bar the permanently rattly breathed Squawks appeared fine, so this unfortunate bird is now on the medicinal regime originally intended for Myrtle, and I’m giving everyone worming powder with their feed, which means we can’t eat their eggs.

We have a new dog, Trilby, who has met the chickens. He’s a year old Jack Russell/Yorkshire terrier cross so is both knee high and not the sort of animal we’d ever imagined owning. We’d heard of him via mutual friends, and he came from a young family whose older, existing dog bullied him, but they also kept chickens and said he was fine with them.

When introduced to ours on a lead, he seemed intrigued rather than excited, until our quartet of Polish crested bantams saw him and had hysterics, causing the big birds to run away, at which point Trilby’s chase instinct kicked in, and he shot forward for about 10ft until the lead brought him up short with a jerk.

We are now making regular on lead garden sorties, which the Polish four still find rather alarming, but Trilby is proving easily distracted by dog biscuits. Although letting him off the lead might prove a temptation too far, we suspect it won’t be too long before everyone will be getting along fine.