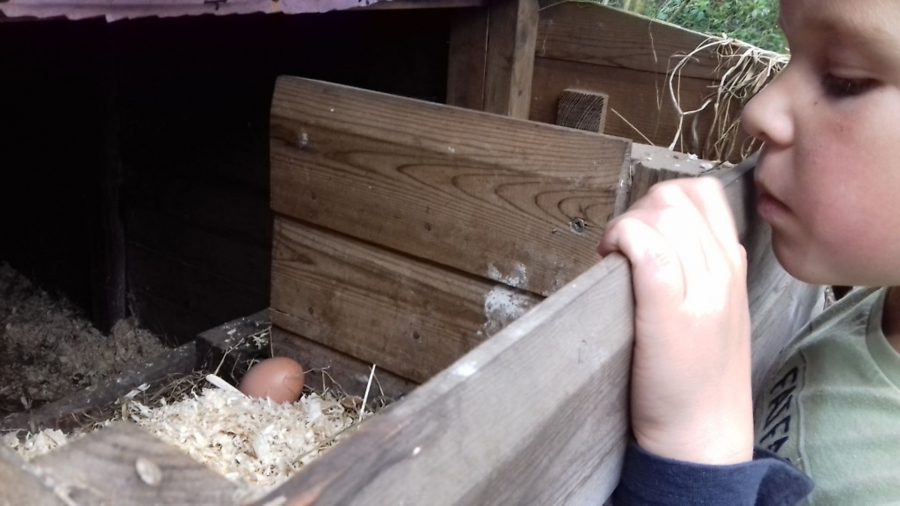 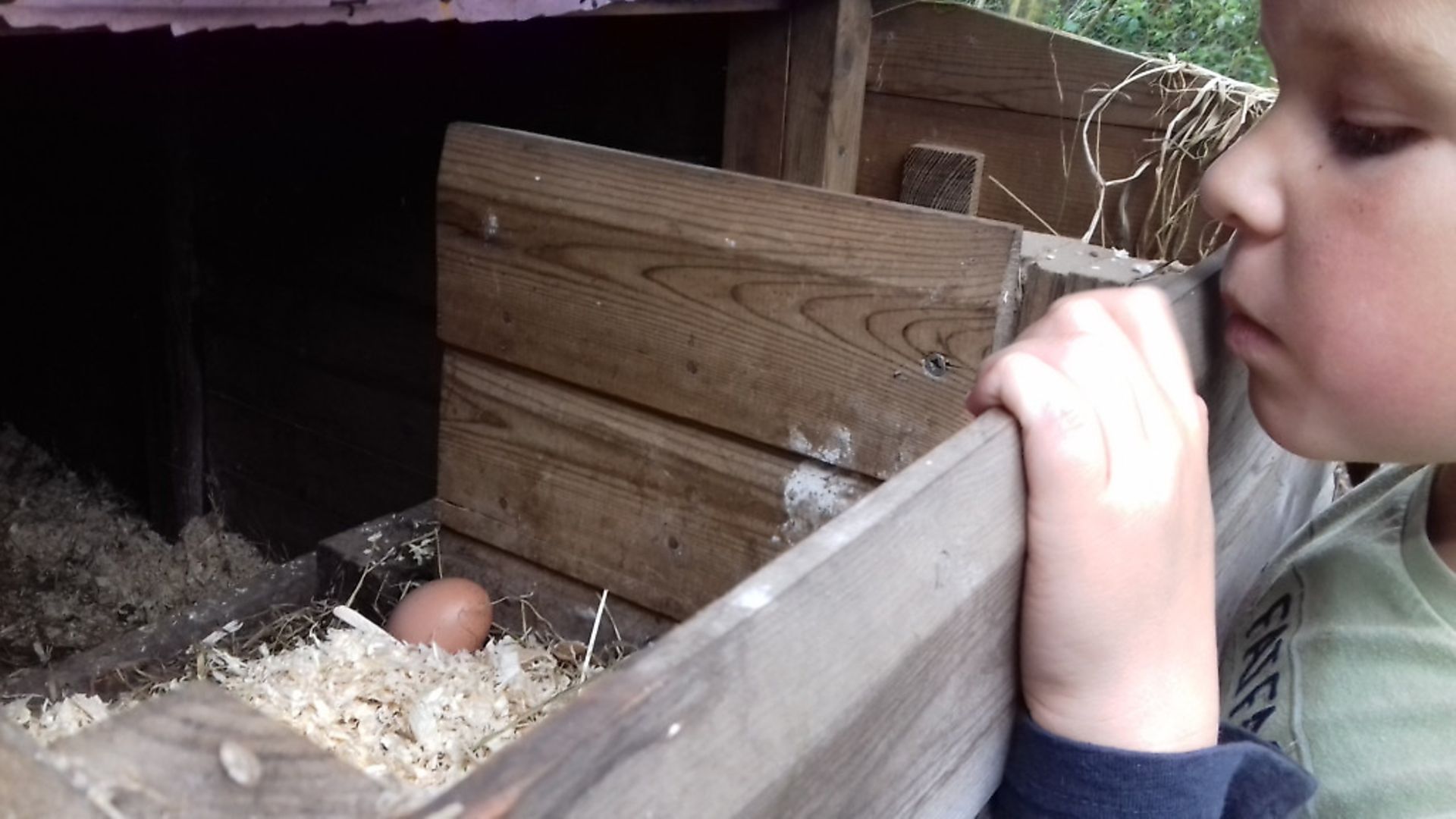 It is hard for anyone to resist the lure of newly-hatched, vulnerable fluffy chicks. Indeed, so attractive are they that one’s immediate natural instinct is to pick them up and give them a cuddle. 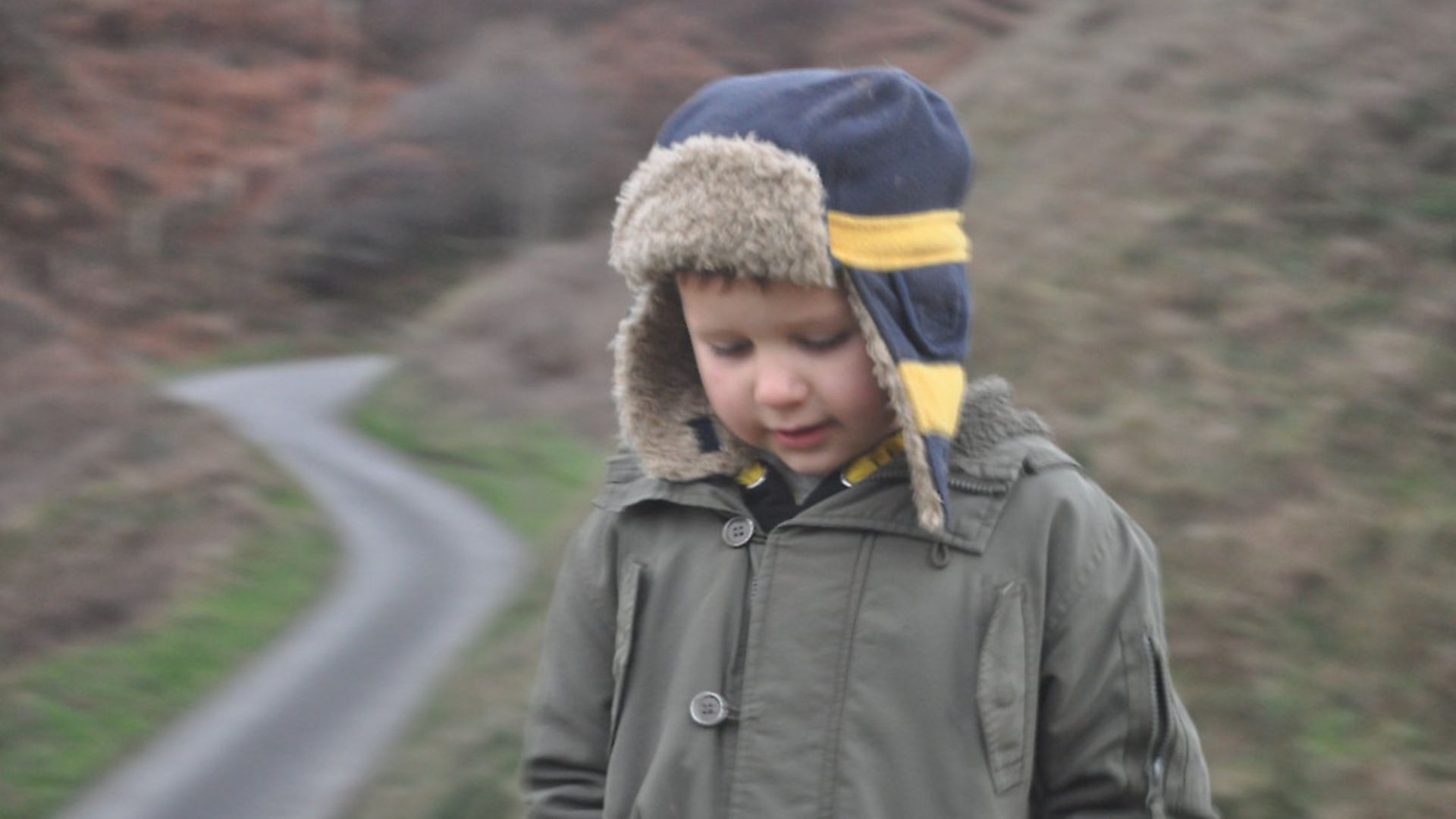 Most adults know to be gentle when doing so, but, despite a certain inherent awareness, children need to be shown how to handle young birds without squeezing or damaging them. Some get it first time, while others need a bit longer. 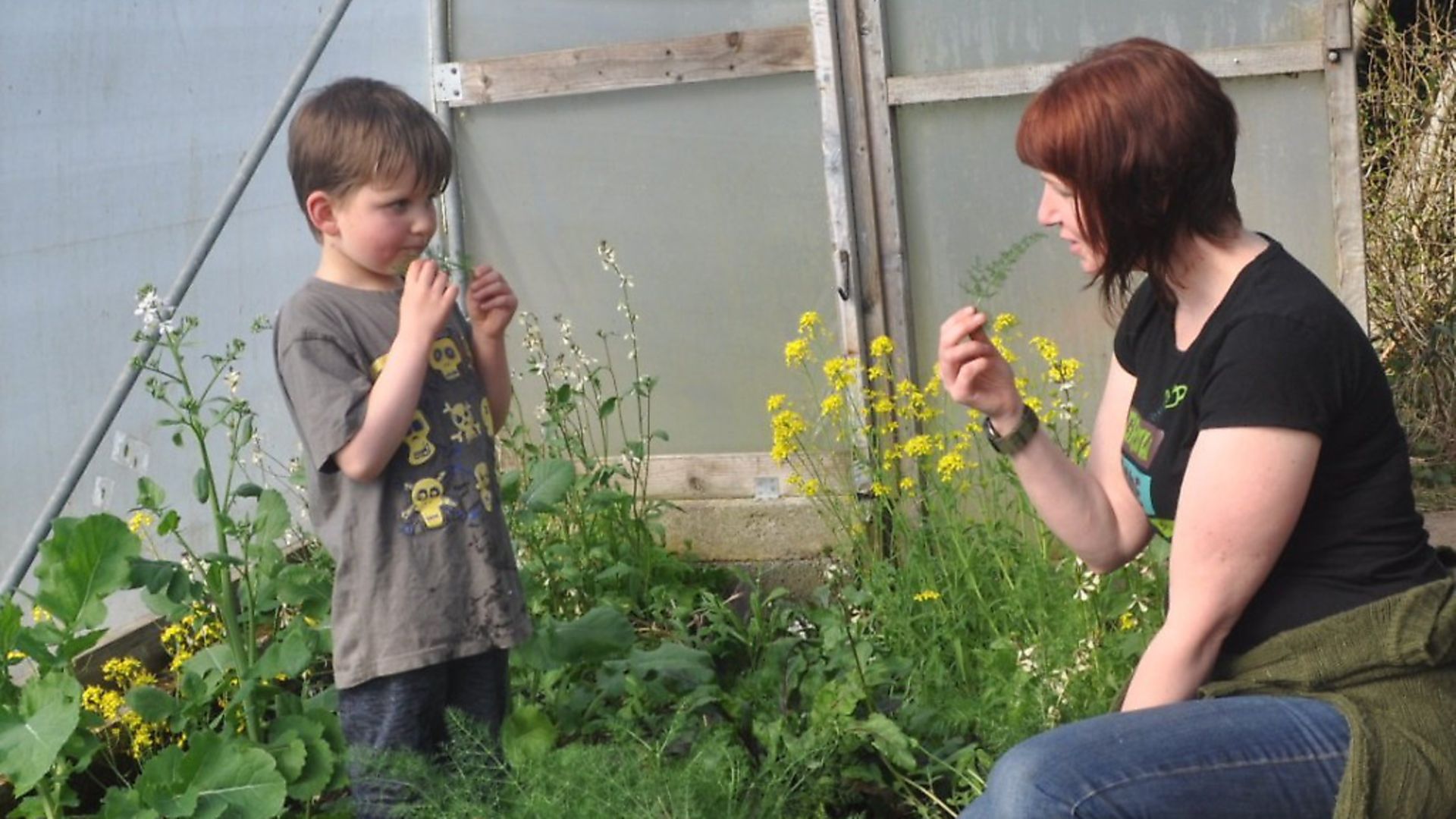 Young people who sometimes fail to grasp (no pun intended) the need to treat young chicks with caution are those with with autism and Asperger’s Syndrome. Almost always bright and intelligent (some have an IQ of 130 plus), these young people often have a fantastic attraction to chickens once they have learned how to interact with them. 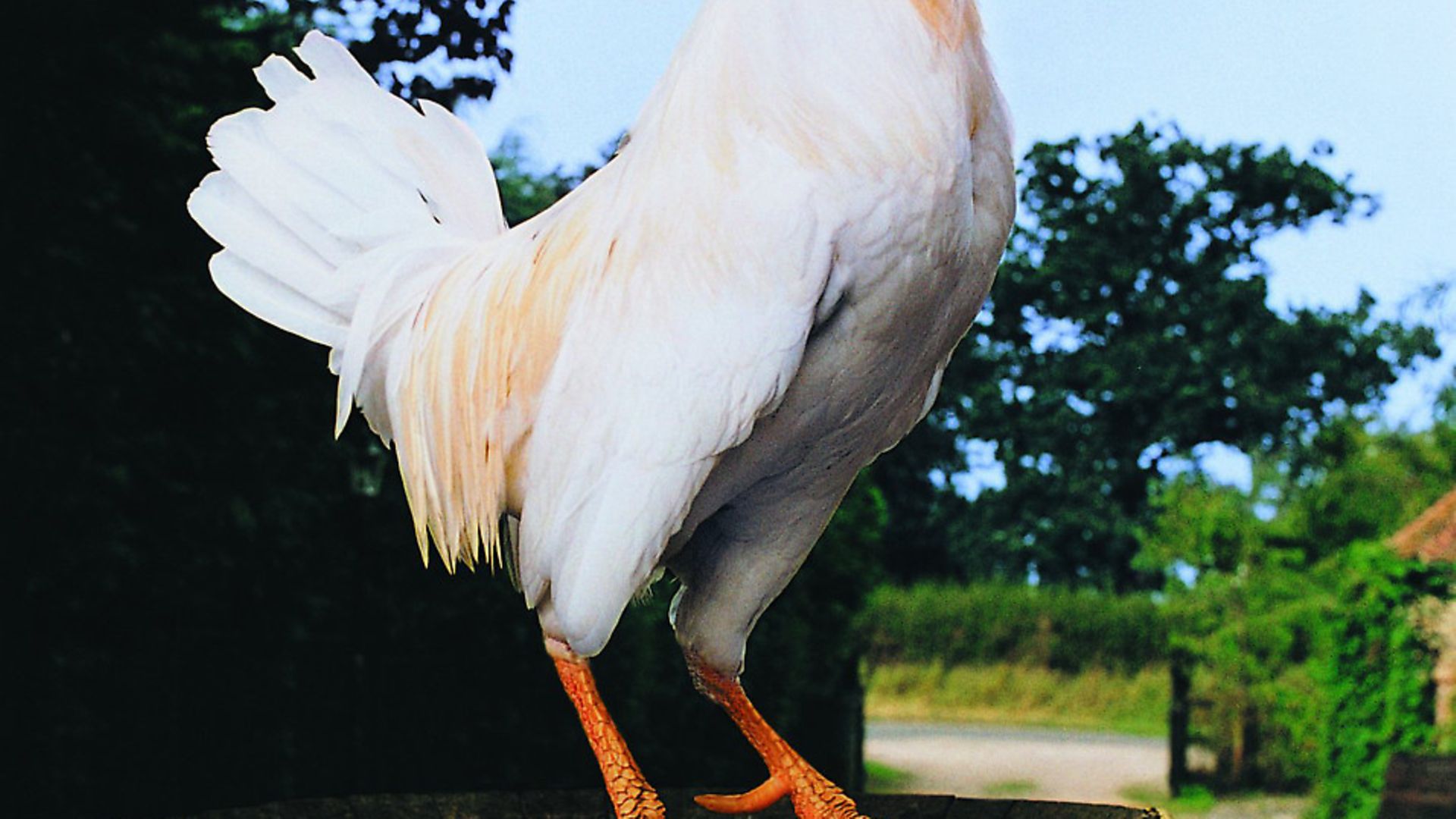 Children and chickens go together. Nowhere is this truer than when talking of children affected by autism and, at the higher end of the spectrum, Asperger’s. Being involved in chicken-keeping can positively impact on communication, social and independent skills and, if a child has sensory issues, it will almost certainly help them to learn to cope with sudden sounds and unexpected movements. Importantly, the predictability of chickens undoubtedly helps to establish the bond with them.

Kim Stoddart is a writer on rural issues, an experienced chicken keeper and the mother of eight-year-old Arthur, who is on the autistic spectrum. She also runs a social enterprise at her smallholding in West Wales and has created a fledgling care farm to help support people with autism.

“Chickens can be very beneficial, providing positive sensory interest as they wander around a garden or field, lay eggs, eat their food, drink water and flap their wings,” said Kim. “They are very educational and can be used to teach about everything from sound, colour and texture, as well as helping to aid communication and provide focus. But it’s important to bear in mind that every child and person with autism is different and can be over or under stimulated in a myriad of ways.

“For some, loud and sudden noises (or movements) are more challenging, while others might be over stimulated by certain colours or textures; for example, the stroking of a bird’s feathers may be difficult. So, with this in mind, it’s essential if working with an individual to consider what would be best for them. Some might simply prefer working with other animals at first or might enjoy the collecting of eggs but only when the chickens aren’t around.

“Arthur likes to touch the bird’s feathers as they are being held. He also enjoys feeding them, and finds it most amusing when they chase each other or jump up in the air to catch a fly, as they are prone to do. He copes really well with most loud noises, so he is happy around our cockerel and the noisier of the chickens. For him, understanding why a noise is taking place means he can accept it. For others, however, loud sounds can be extremely upsetting, so this is something to bear in mind if considering getting a cockerel as well.”

It is a good idea to pick cockerel that is not aggressive or flighty. Instead, pick the heavier, more sedate types that are happy to bumble about the garden and very quickly become tame – often tame enough to eat from one’s hand. It is, after all, interaction between chicken and child that’s wanted if that all-important bond is to be achieved.

This interaction is vital. Whilst articulate, bright and intelligent, those with autism might not necessarily be all that practical, and the daily routine of hands-on chicken-keeping can teach them a great deal, as well as proving a distraction for those who are prone to anxiety and depression.

It’s a proven truth that chickens can act as the perfect medium when developing a child’s social skills. Watching their birds on a daily basis, and learning to understand their relatively simple needs, can take those with the condition out of themselves and teach them to think of others.

At the higher functioning end of the spectrum (including Asperger’s), many are known to take an intense interest in specialised topics. It’s possible that this concentration might even make them better poultry handlers than the rest of us; they could, for example, read a book on the subject and then completely retain the knowledge and act on it. In addition, they are likely to be able to better understand the often complicated genetics involved with breeding birds to standard – a practice which leaves many of we lesser mortals totally bewildered!

One can find videos online of children interacting with chickens, often in quite surprising ways. One, for instance, depicts a very competent large fowl hen completing a home-made obstacle course of hoops, small jumps and weaving in and out of garden canes in slalom-fashion encouraged only by its young female handler and the possibility of a few tit-bits. It just goes to prove that, not only can chickens be taught tricks, but doing so can be a fulfilling and stimulating for its owner.

Kim said: “Any which way, being around poultry can be extremely beneficial and can help over time with the development of coping mechanisms around a range of sensory issues. Being in the great outdoors is in itself nurturing and helps to provide what is called emotional regulation for people on the autistic spectrum. I believe it does so for the rest of us as well, helping to wash away the stress of the day and creating a calm, contented state.”

And so say all of us!

Kim Stoddart teaches therapeutic gardening courses at her smallholding by way of her social enterprise www.greenrocketcourses.com She can also be contacted directly on 07796 677178