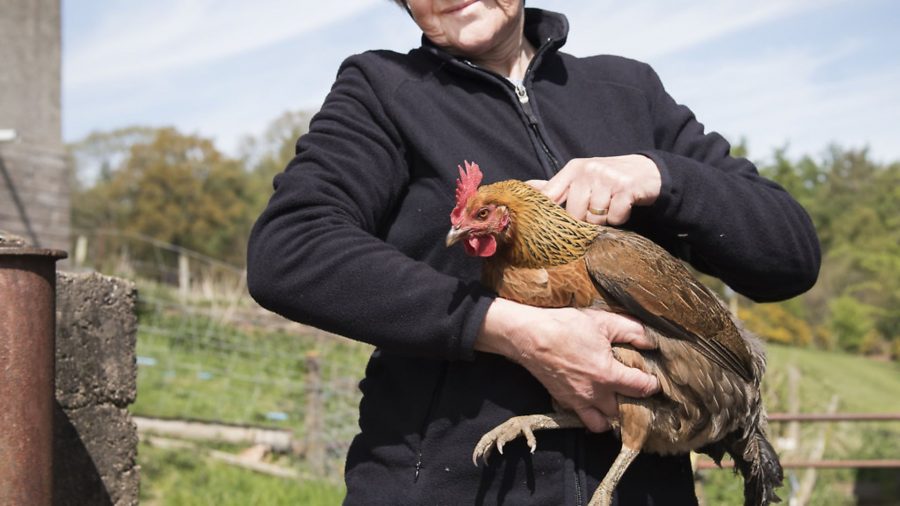 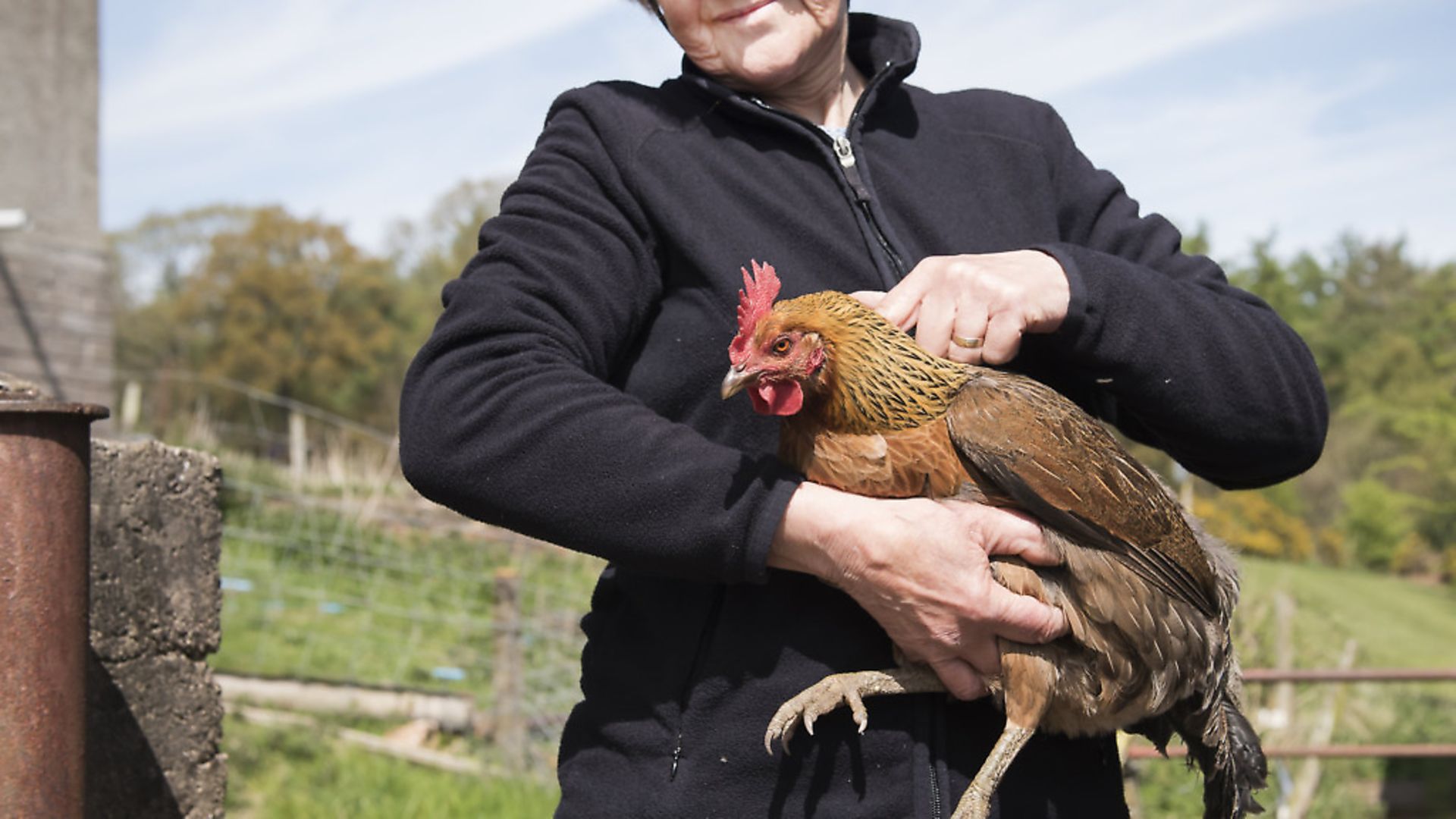 There are lovely dark brown eggs, great blue and green ones and lots of colours in between, but of all the chickens I keep my very favourites are the little known Green-legged Partridge chickens who are always happy to fill the nestbox with great tasting free-range eggs. Their colours are quite bright and, of course, they look very like a Welsummer at first glance. They are a little smaller though – and just look at those legs!

This is the national chicken of Poland: Zielononozka Kuropatwiana, and their eggs are promoted as health food there because they have to be kept free range or they won’t lay. They are nothing at all to do with Polands or Polish chickens, the sort with the big crest more often seen as bantams. They are the ideal chicken to keep informally, wandering around a farmyard or in a back garden with shrubs and trees to make their lives more interesting. They went out of favour in Poland when factory farming of eggs came in and this hen wouldn’t co-operate.

I had a few eggs from eBay not long after I started keeping chickens, and some years later, when suffering an egg shortage, I remembered how reliable the two little Green-legged hens had been and tried to get more. It wasn’t easy, but after a lengthy search, I found some hens and a cock for sale. A friend made a piece of land available to me to keep them as a group along with an old pigscot which, modified a little, is ideal for them. They have a double-glazed door with a window in it, an automatic opener on their house and I clean up their litter daily so that their feet are as are clean as possible by the time they get to their nestbox. It was hard work getting it ready but worth it and they helped to get this little piece of land into a more usable state, covered as it was in brambles and nettles.

Not long after this I discovered a Polish man who had birds with a different bloodline so I was able to raise another group, swap the cockerels over and, since then, I have brought in different blood to keep the genes fresh each year. That breeder went back to Poland, but I then found a very friendly Polish lady on facebook whose profile suggested she was interested in the breed. She arranged to have a few eggs sent to me from a certified farm. 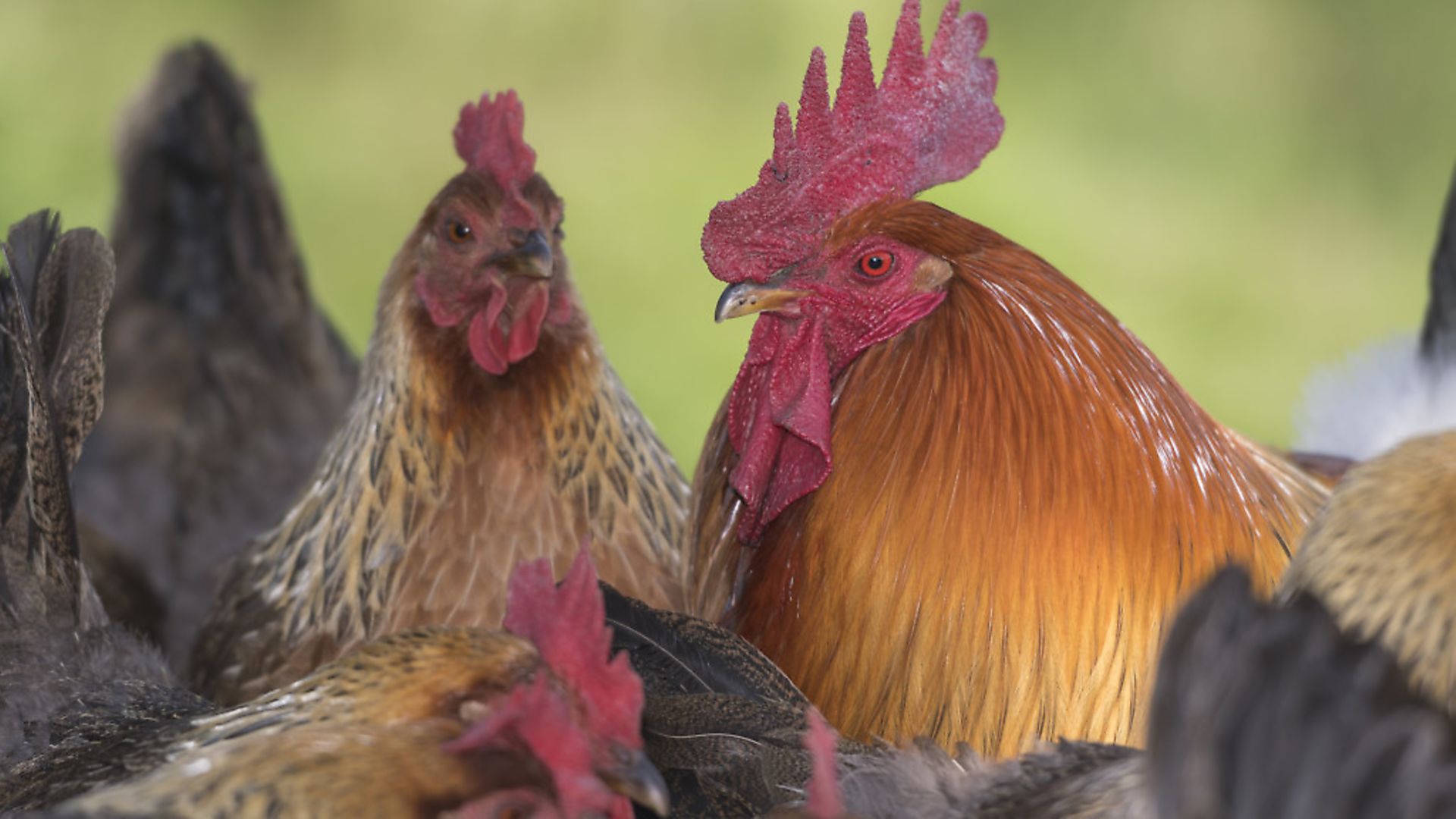 Searching for information on this breed, there is very little about them and it isn’t all correct; I’ve found them to lay way more eggs than internet information suggests. Their eggs vary from pure white through to a dark cream colour and anything in between is correct. The hens themselves are as alike as peas in a pod with very little variation between them and the cocks seem to vary only in size, though I could see a difference in leg length between bloodlines that first year.

As long as they have good surroundings they will be very productive, lay well in the winter and, after their pullet year, they will take a relatively short time off to moult before getting back to the business of egg-laying. This last winter my flock of nine hens moulted, but somehow I still got two eggs a day! I have only had one hen per year go broody, which helps, and she was fairly easily dissuaded. With the exception of one cockerel, who was horrible, they have been quite affable and keeping them as a pure breed group I have been able to see the contrast in feed consumption between breeds. They consume very little and I have to presume they forage a lot, though they don’t seem to dig up the ground much except for dust-bathing so they are also less destructive than many breeds.

While still relatively rare here, I have got one or two others interested in breeding them, which all helps to stir the gene pool. There has been some interest from the Rare Poultry Society I believe (I’m not a member) and I was told they wanted to call them the Polish Green-foot. That may be a good idea as it is a less misleading title although I hope this won’t lead to a restrictive breed standard which could contribute to inbreeding – I believe in healthy diversity and happy birds.

Why do I like them? Apart from being very productive, they are pretty, bold and confident, friendly without being aggressive, economical and in the mixed flock I used to keep, they were exceptionally nice to the other chickens. Even the chicks are really fun to raise – much more bold and inquisitive when I put my hand in the brooder. I’ve sold eggs through the post which have travelled a good distance, been held up and mistreated but almost all have hatched a good proportion of them out. Even those I had from Poland, most of which were smashed and all of which had damaged air cells, I managed to hatch five. So basically they are pretty, friendly, cheap to keep and very productive. What’s not to like?

Breeding for Amanda is largely a hobby, but in the interests of getting Polish Green-legged Partridge chickens better known, she is now advertising them under the name Amanda’s Chickens.

She is based near Coleford in Gloucestershire. “The number of Green- legged Partridge chickens, Cuckoo Marans and Cream Legbars I can raise is limited by the amount of land I have, but I am always happy to post fertile eggs and I often have chicks for sale and sometimes point of lay hens,” she says.