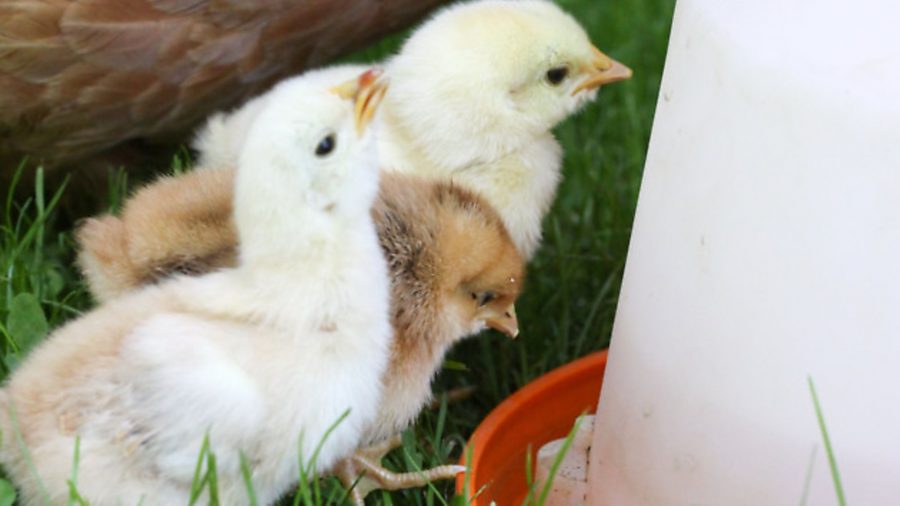 Many henkeepers swear by apple cider vinegar as an invaluable tonic for their birds. Julie Moore investigates 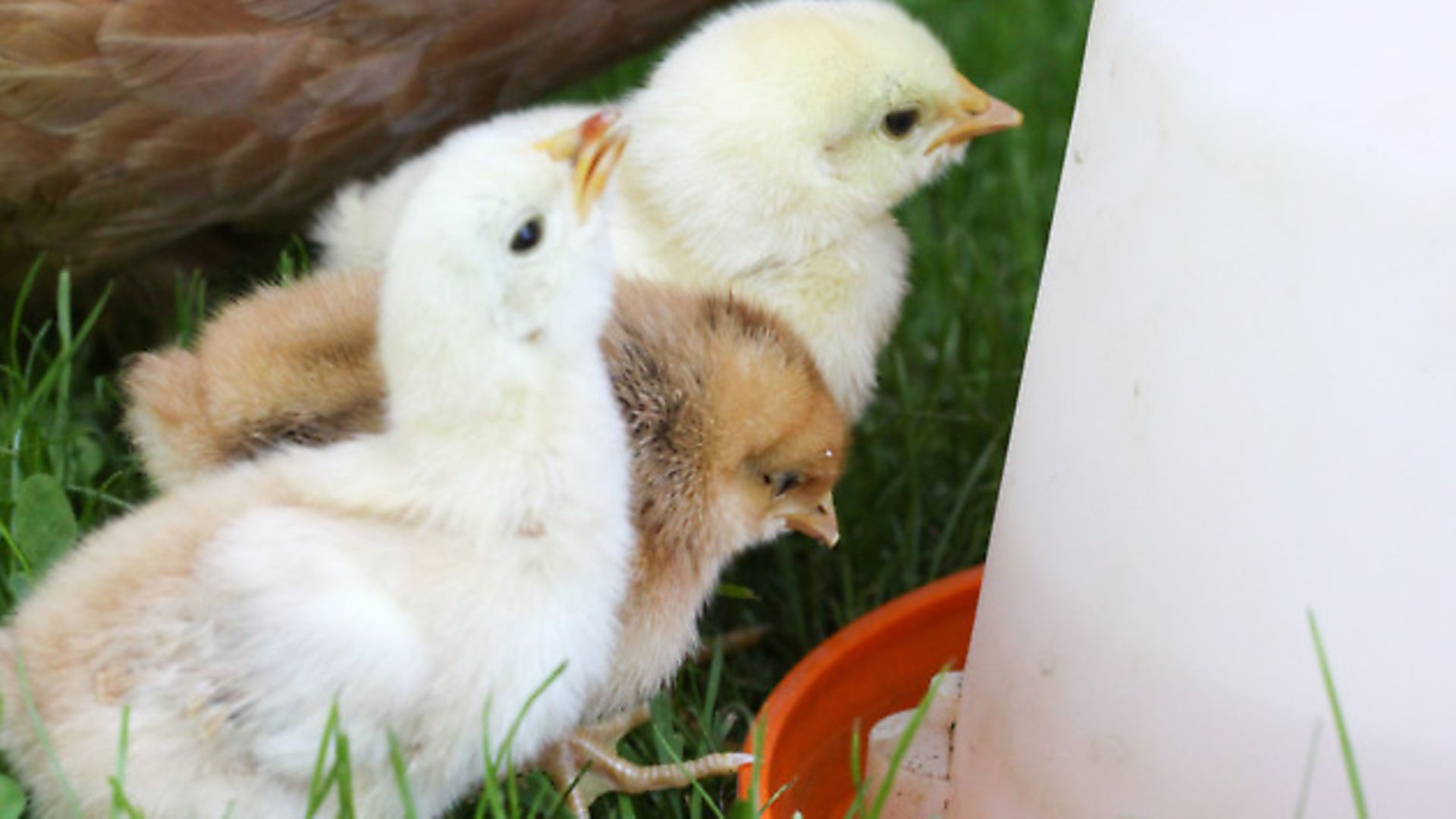 Whilst the health benefits of apple cider vinegar (ACV) in humans have been promoted for centuries, it’s only in relatively recent years that its usage in the poultry world has grown in popularity. Despite little scientific evidence to either support or disprove the claims that ACV can improve the health of your flock, ACV has many staunch supporters. So does ACV have a place in the care and maintenance of a flock?

There is no doubting the fact that ACV is rich in vitamins, minerals and trace elements all of which are vital for good health. The main benefits of giving ACV are:

• To normalise PH levels in the stomach which aids digestion; 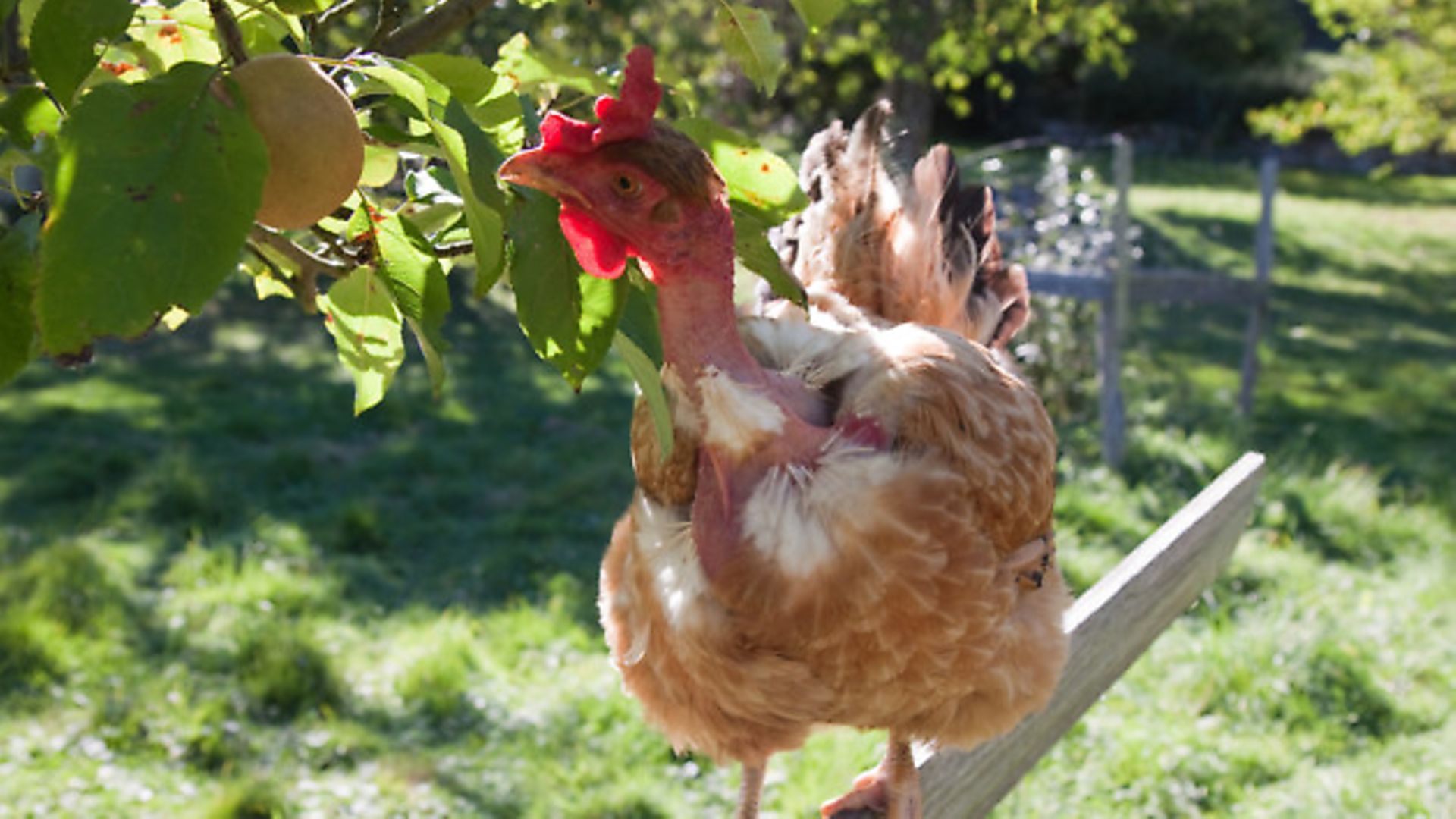 • To create a less friendly environment for harmful pathogens and

• To purify the blood.

Bad bacteria and micro-organisms thrive in a weak acidic or mildly alkaline environment and can affect the health of your flock and compete with them for nutrition. ACV contains acetic acid which lowers the pH levels (more acidic) in the gut, slowing the growth of bad bacteria whilst giving a boost to the good bacteria. In this way, ACV can help control parasites and pathogens such as coccidiosis and salmonella and stimulate the natural immune system. 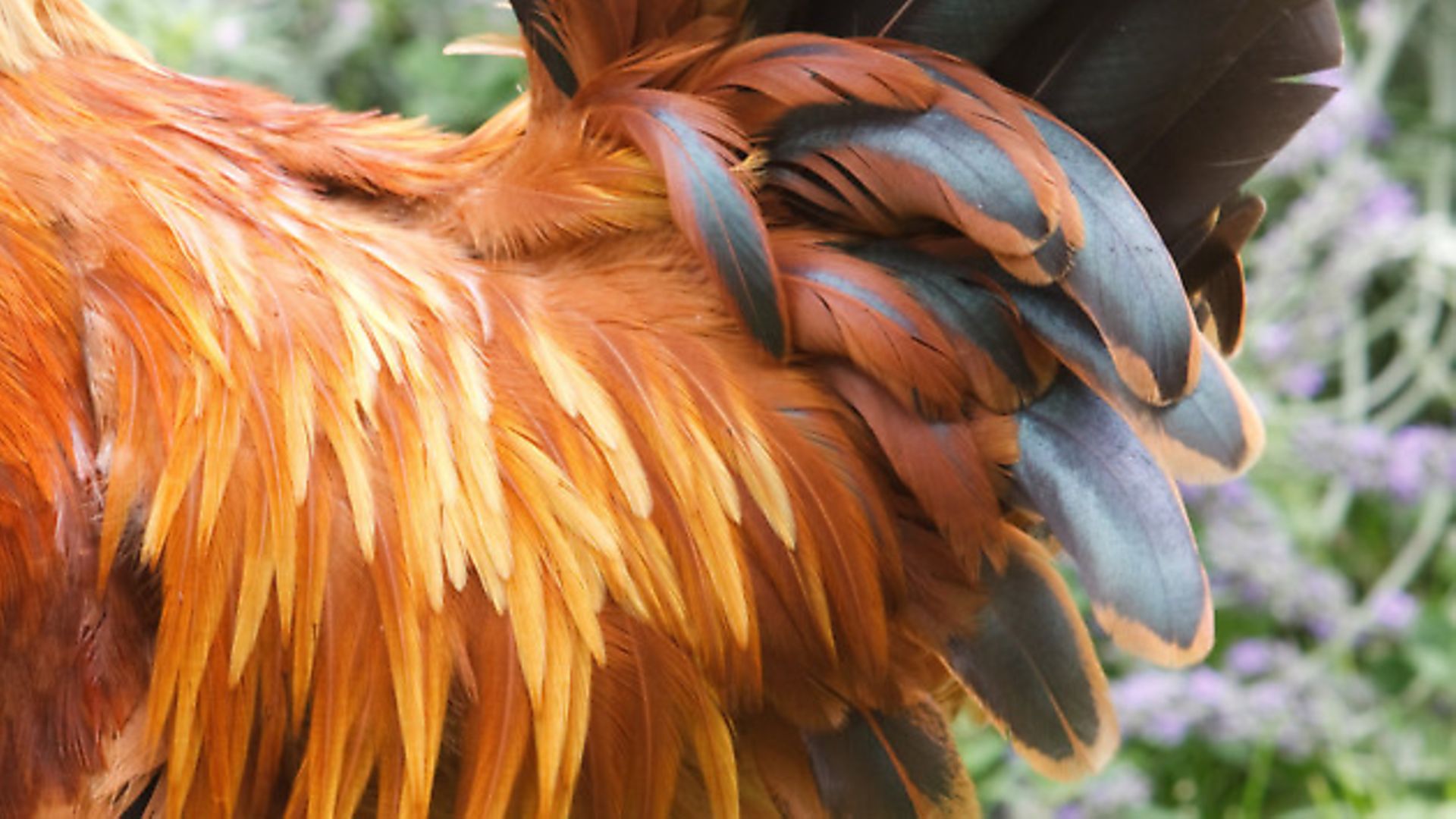 ACV contains malic acid which also acts in a similar way to lower pH levels in the gut, stimulating appetite and improving the digestive process.

Supporters of ACV claim that including ACV in your hens’ diet will lead to increased egg laying. Whilst there is no scientific evidence to prove this, I did find that egg laying increased over the winter months when I included ACV in my flocks’ diet, but whether this can be solely attributed to ACV or a combination of other factors such as the milder weather, I do not know.

ACV improves feather quality and strength. If you show your birds, adding ACV to their bath water imparts a shine to their feathers. 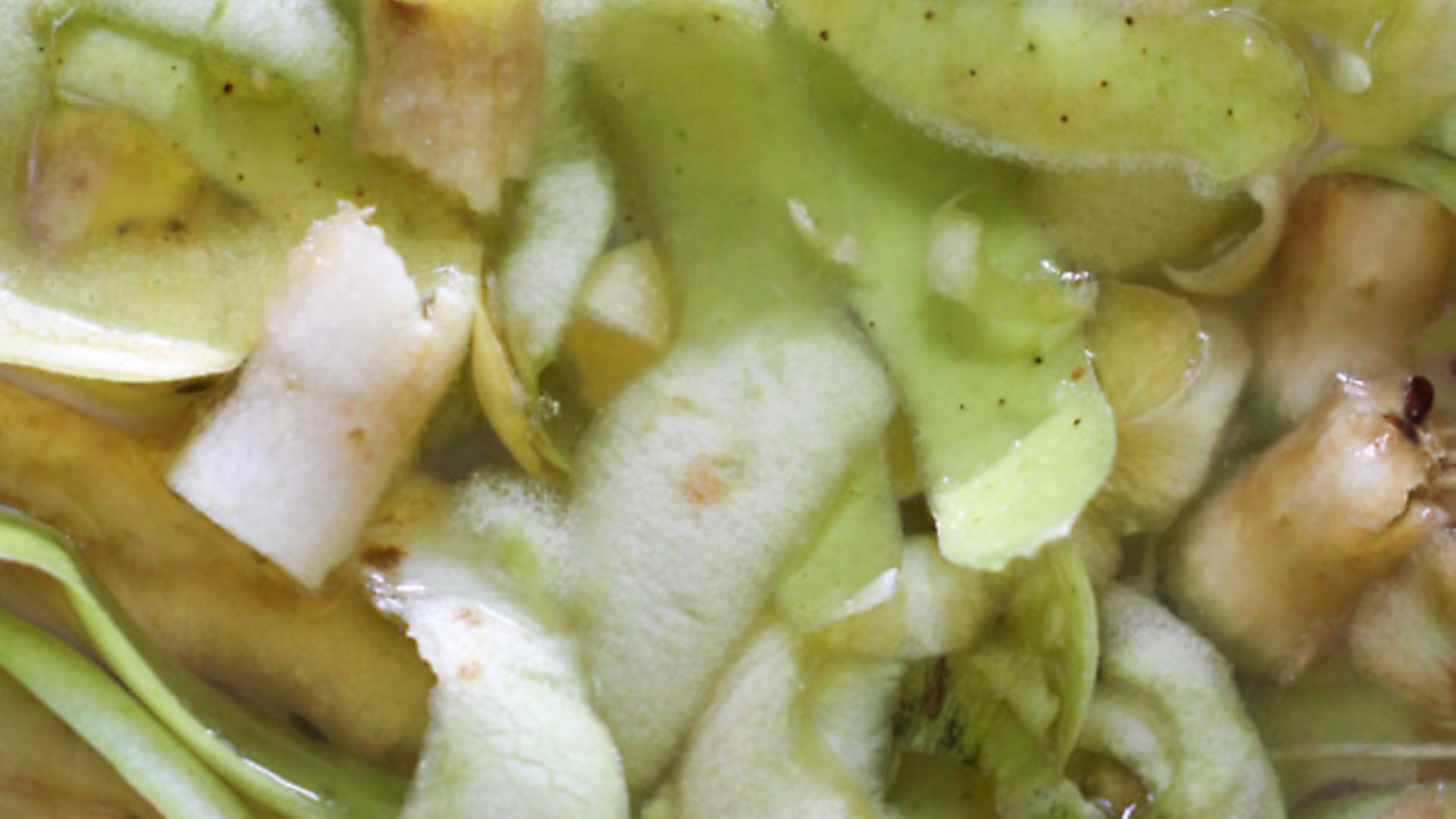 Moving your hens to a new location, a recent death or animal attack all cause stress, impacting their egg laying performance. ACV has traditionally been used to settle the birds down and get things back to normal.

Using ACV in waterers helps to reduce slime and prevent bacteria from growing in your water system. Adding ACV appears to increase the palatability of the water too — my flock will drink more when ACV has been added to their water than when they are given fresh water alone.

ACV should be diluted at the rate of 20ml per litre of fresh drinking water. If you’re introducing ACV for the first time, it’s beneficial to give the above dosage for a period of 10 – 14 days in order to adjust the PH and establish a healthy gut flora. Follow this by maintenance periods of either two days a week such as a weekend or one week per month, perhaps the first week.

You’ll need to use raw, unpasteurised ACV with the ‘Mother’ (live bacteria and yeast) for maximum benefits to both you and your flock. Pasteurising vinegar kills these helpful components and therefore pasteurised vinegar does not impart all the benefits that raw ACV does. The ACV that you see on the shelves of your local supermarket is generally pasteurised. Raw ACV with the Mother can be purchased from most poultry and equine shops or, with the apple season upon us, you can make your own for very little cost, especially if you have your own apple tree. 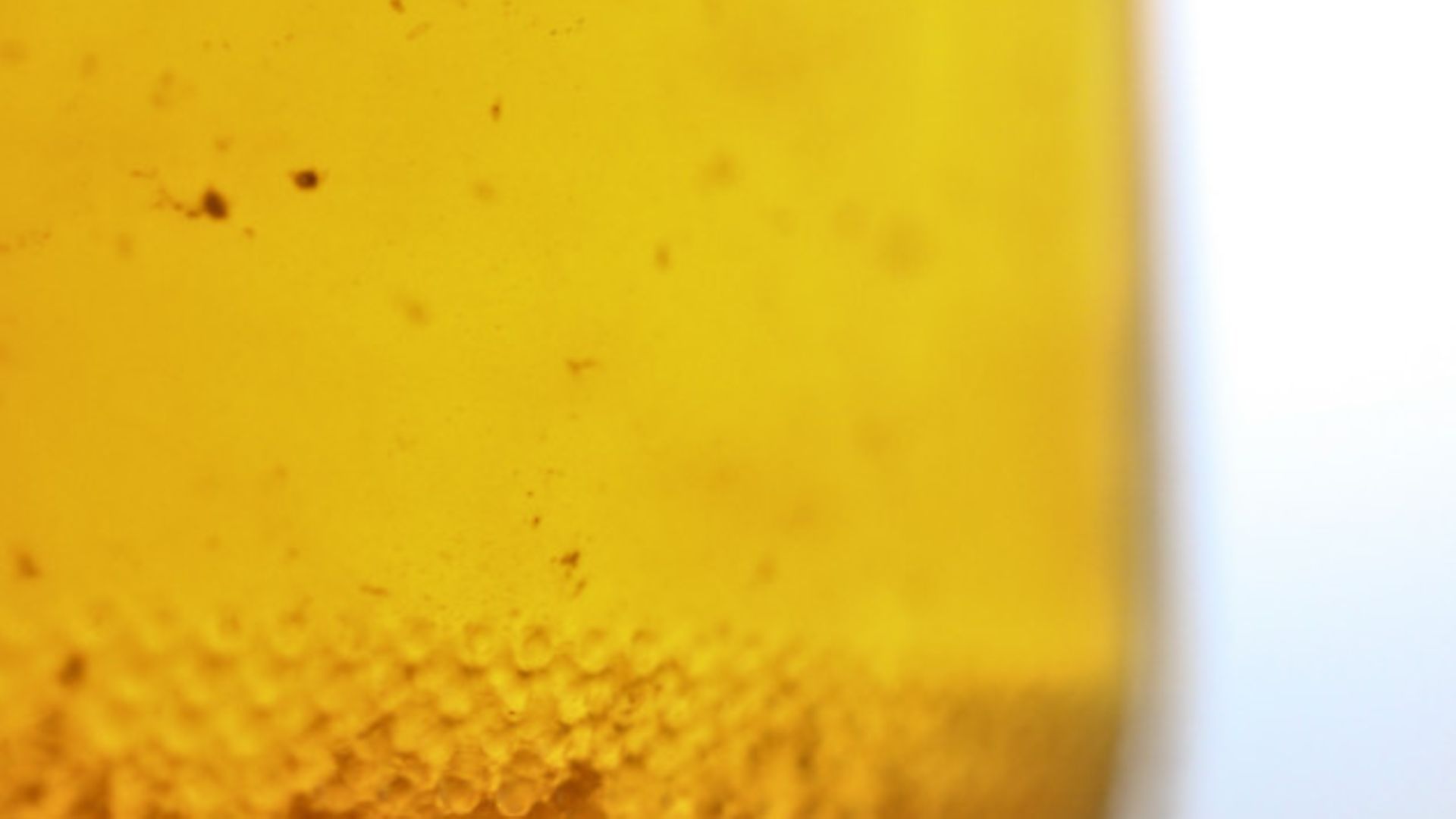 If you adopt a natural and holistic approach to the care and maintenance of your flock, ACV can certainly have a place in such a regime. You should seek veterinary advice if any hen falls ill — ACV should not be treated as a miracle remedy.

STEP BY STEP GUIDE TO MAKING YOUR OWN ACV

1. Wash, peel and core six to twelve organic apples, depending on how much you want to make.

2. Put the peel and cores in a large glass bowl and cover with about 3cm of water. To help speed up the fermentation process, add 50g of sugar to each litre of water. Stir thoroughly to mix.

3. Cover the bowl with a heavy plate to ensure the peel and cores are completely submerged. Cover with a clean tea towel and leave in a dark location around 18 – 24°C for a week.

4. The mixture will start to bubble and foam as yeast forms.

5. After a week spoon off any black mould — this occurs if the temperature is too high. Strain out the peel and cores. Pour the remaining liquid into sterilised glass jars leaving a 2 – 3cm head room. Cover the jar with a piece of cheesecloth and hold in place with an elastic band. This allows the yeast to breathe and prevents the metal from corroding.

6. Store the jars in a cupboard for about six weeks. A film should start forming on the top — this is the Mother. After six weeks, replace the cheesecloth with the jar lid. You’ll see bits floating in the jar and there will be a distinct ‘vinegar’ smell. The vinegar can be stored indefinitely in a cool, dark place.

• Do not use pasteurised ACV — pasteurisation kills the good bacteria

• Do not give ACV to a chicken with sour crop — this will only add to the acid burden.