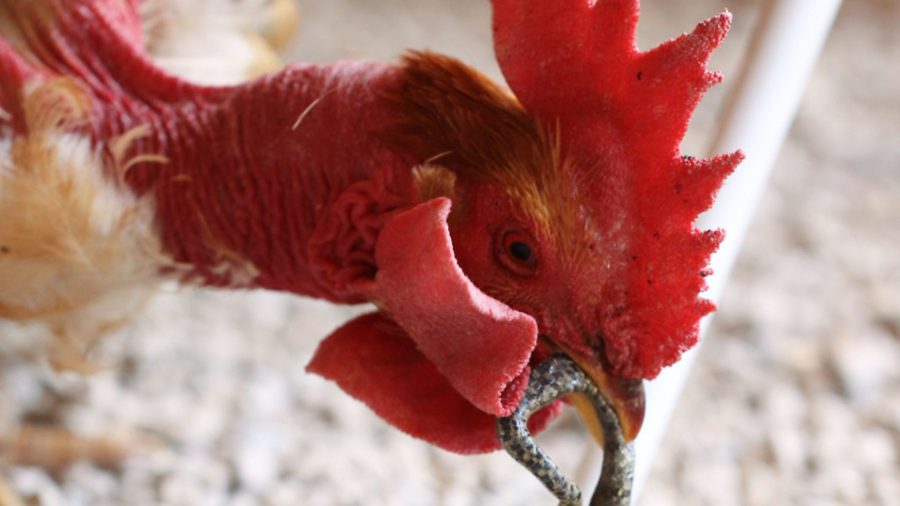 Julie Moore takes a look at the good, the bad and the ugly 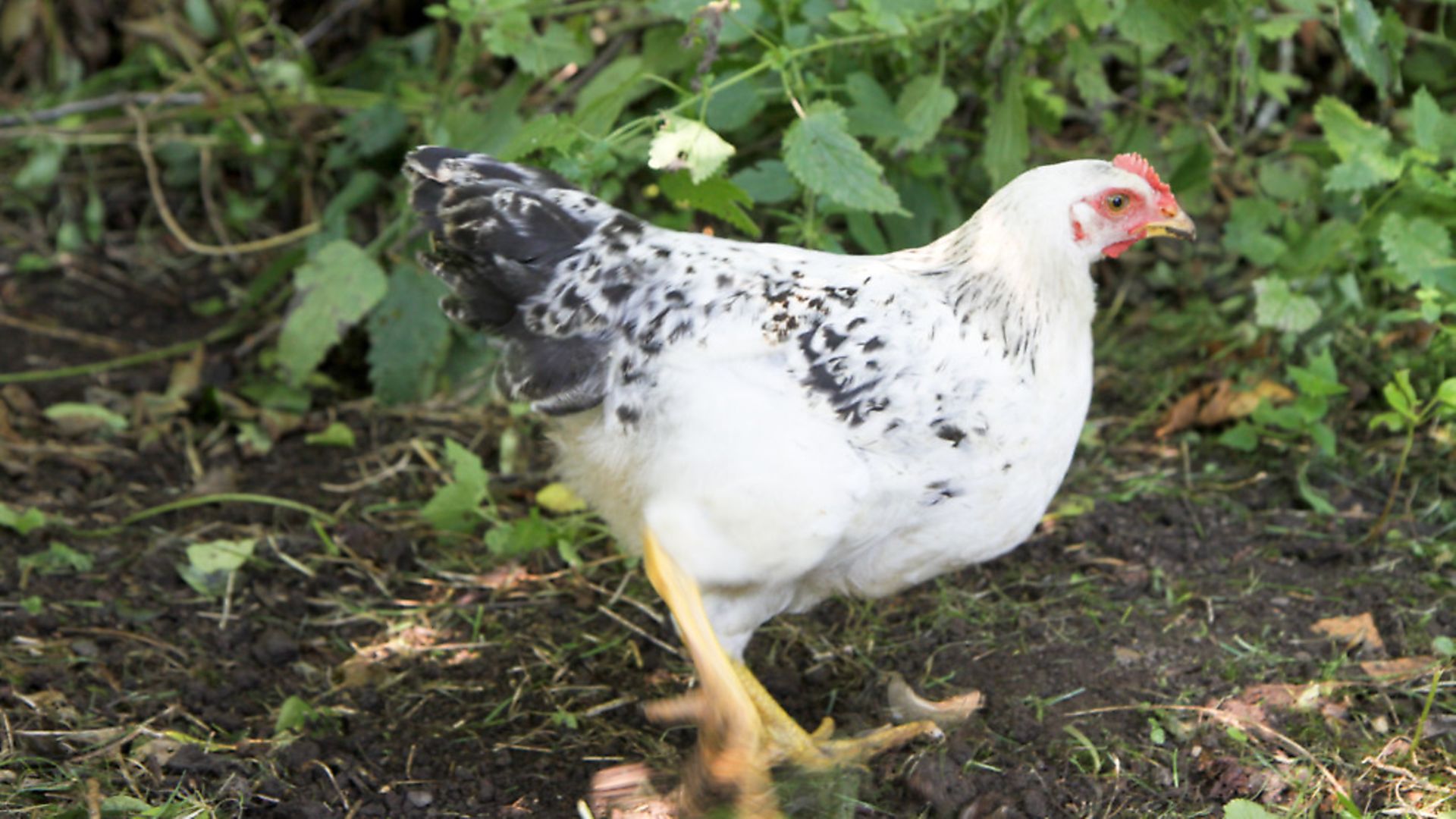 It’s a perfect summer’s day, a cloudless sky, with warm sunshine beating down on your garden, a gentle breeze is blowing and the birds are singing. What could be more bucolic than sitting in the shade of a tree watching your hens scampering after grasshoppers and darting after butterflies? 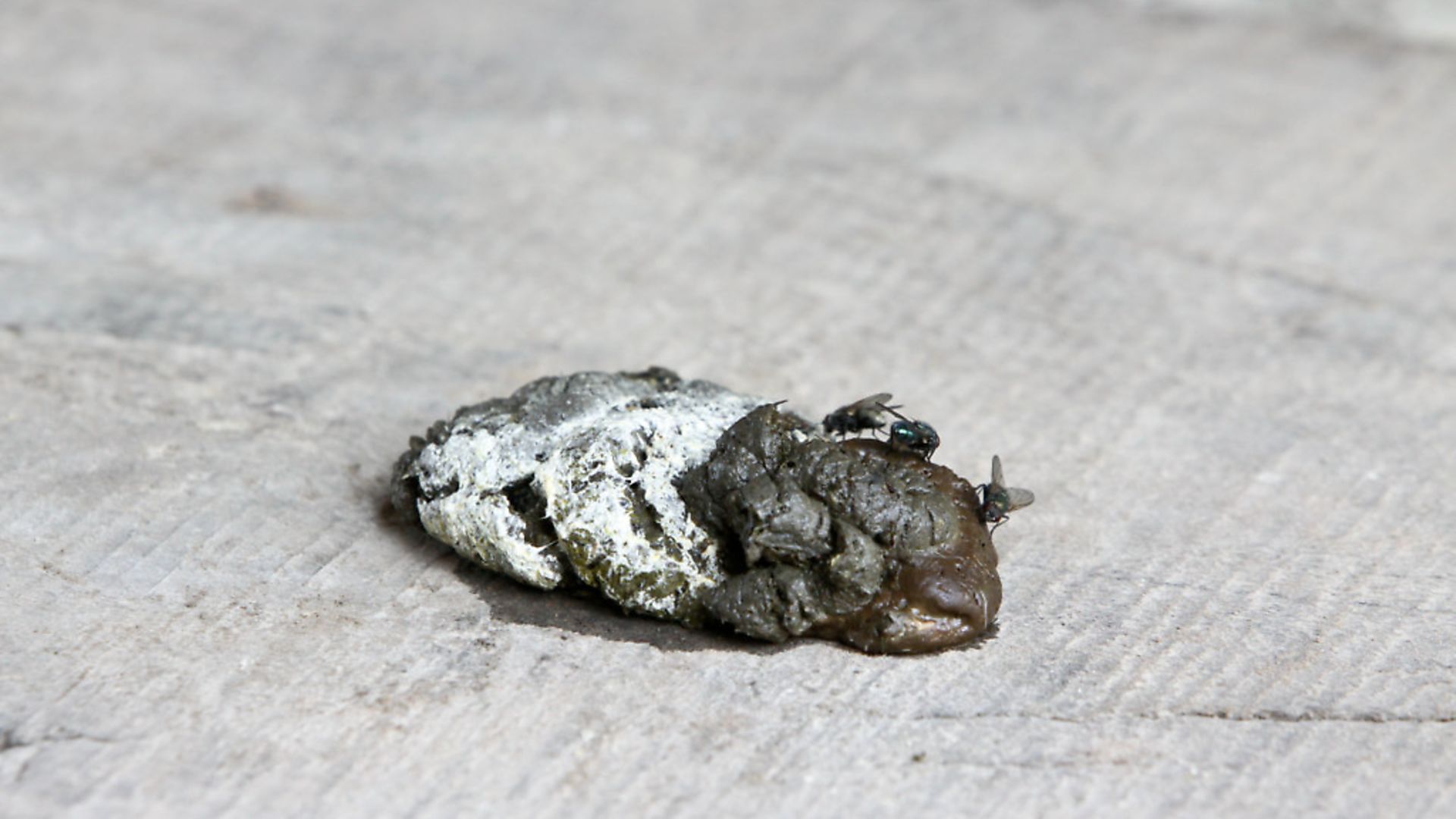 Chickens, being opportunistic omnivores, are well-known for their ability to reduce insect populations. Their love of being in the open air and sunshine, exercising and satisfying their curiosity foraging for tasty morsels will significantly diminish the number of bugs and pests in your garden. But not all insects make for a healthy and nutritional snack for your flock. Here’s the lowdown on the good, the bad and the ugly. 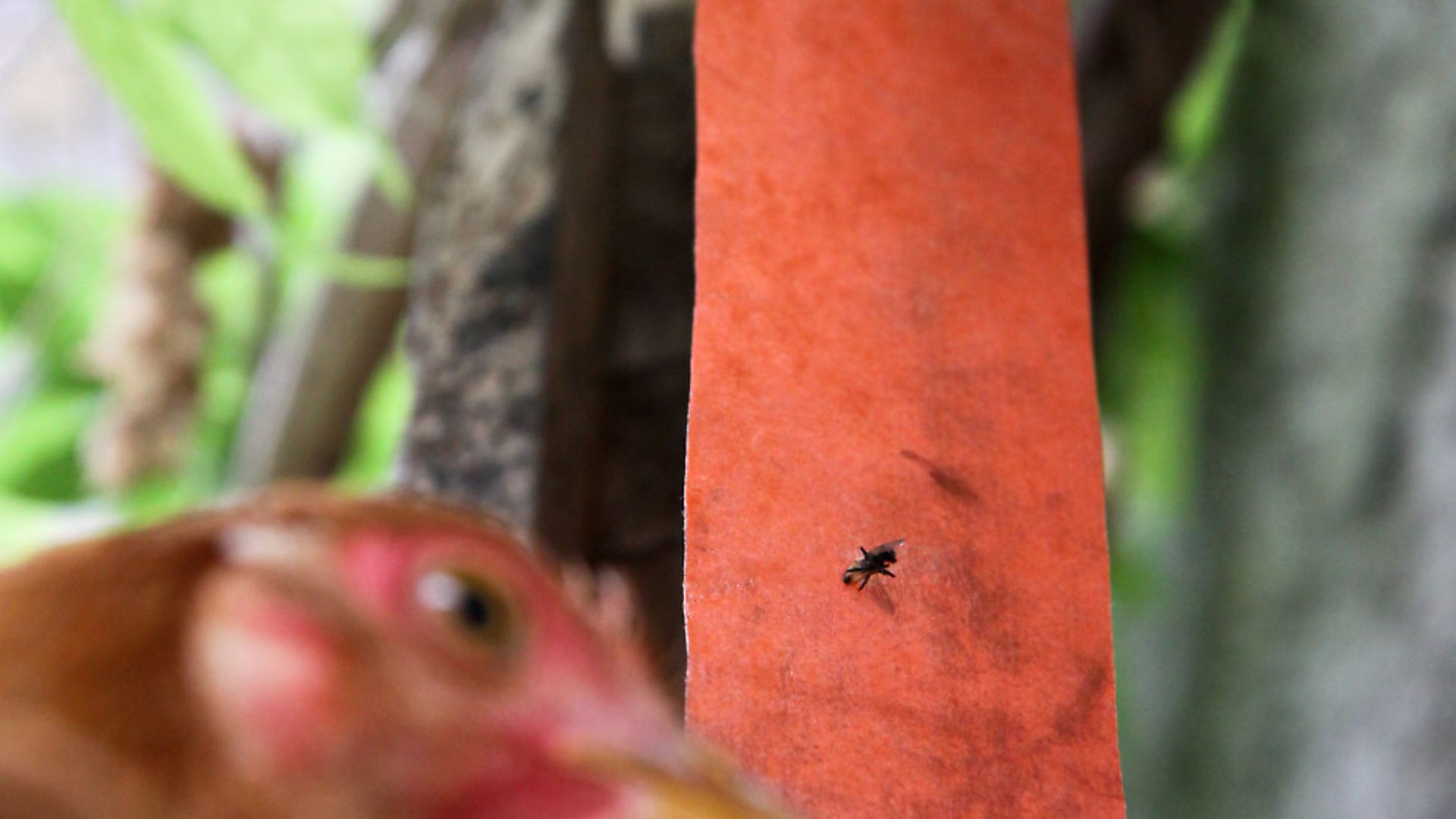 Blackfly, caterpillars, earwigs, coddling moth, grasshoppers, ticks, millipedes, aphids, spiders and termites are all within the reach of a chicken beak and make for a tasty snack. Chickens will happily devour nests of larvae of termites, vine weevil and beetles while slug, snail and flying ant eggs are dispatched with relish. 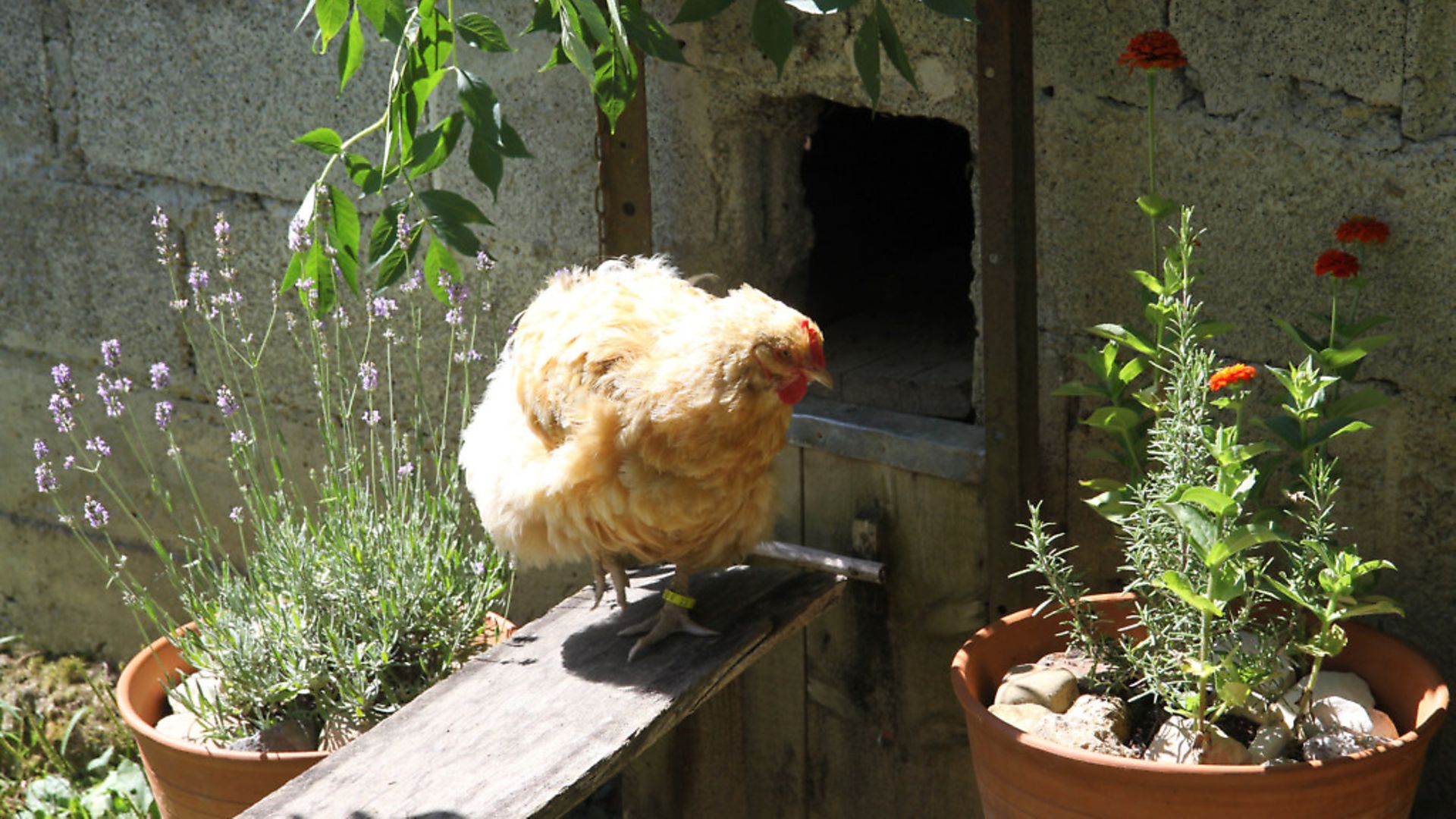 Since many insect pests tend to spend the majority of their lifecycle in the top few centimetres of soil, chickens are the perfect hunters for these creatures. Chickens love to peck and scratch in any soft soil left open to them, so why not let them scratch to curtail your garden pests? 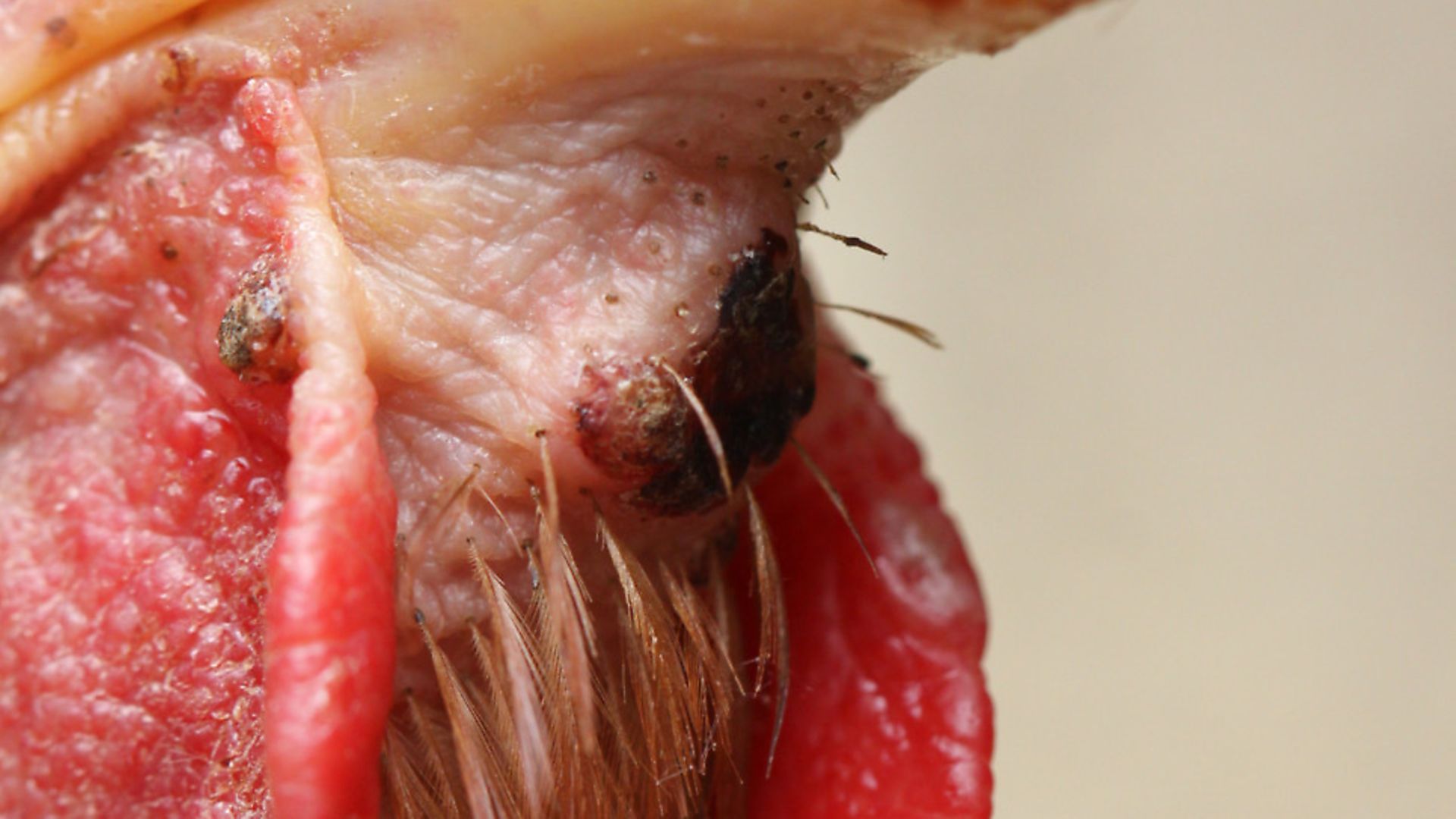 With these natural exterminators at work in your garden, there’s no need to use pesticides. Using chemicals can be harmful or even fatal to your flock and other wildlife.

You’ll quickly realise that chickens aren’t picky and give no thought as to whether a newly found morsel is a pest, natural predator or beneficial insect!

Of course, you may not be so pleased to see your hens suck up earthworms in the fashion of eating spaghetti while at other times of the year you’re left scratching your head as your flock completely ignore the earthworms. My flock tend to be very picky over earthworms during the winter months whereas for the remainder of the year, earthworms are hoovered up with gusto.

Perhaps chickens have a sixth sense and know when something isn’t as good as it should be. You see, earthworms, snails, centipedes and houseflies are a double-edged sword — whilst chickens love to eat them, on the negative side, they can be intermediary hosts of hair, gape and tapeworm eggs.

Chickens can pick up worms indirectly through an intermediary host. In this scenario, worm eggs are expelled from an infected bird either through their faeces (hair and tapeworm) or, in the case of gapeworm which is found in the respiratory system, coughed up. At this stage, the worm eggs aren’t infective. Intermediary hosts (earthworms, snails, centipedes and houseflies) will eat the worm eggs. Your chickens then eat the intermediary host, along with the worm eggs that the host has ingested and your hens become infected. The larvae hatch inside your hen and the cycle repeats itself.

You can take steps to help prevent worms in your flock by employing good husbandry and ensuring that:

• The litter in the coop is changed regularly;

• Wet and muddy conditions are avoided as worms thrive in swampy environments;

• The grass that your chickens use is kept mowed short. Freshly mowed grass exposes dormant worm eggs to UV rays which will kill the eggs. If you can, rotate the pasture to help prevent a build-up of worm eggs.

Flies thrive in warm, moist environments. Taking these simple steps can help reduce the overall fly population around the coop and limit the risks of disease that they carry:

• Use sand as litter — sand coats droppings, drying them out and minimising the odour simultaneously;

• Ensure there is no standing water in the run which serves as a breeding ground for flies;

• Clean-up after snack time — don’t leave sweet remnants of fruit behind that will attract flies;

• Hang homemade fly strips several feet off the ground (so that your chickens don’t get stuck to them).

While planting insect-repelling aromatic herbs such as lavender, rosemary, basil and mint around your coop will make it look attractive, the herbs won’t ensure that your coop is insect-free. The essential oils in these herbs act as nature’s bug repellent; flies and mosquitoes tend to avoid them. However, the concentration of oils isn’t sufficient to offer a complete insect-free zone — you may find that there are fewer insects, but not a total eradication.

The infection leads to the formation of wart-like growths on the non-feathered parts of the head, most commonly the comb, wattles, face and eyelids as well as the legs — this is the more common ‘dry form’ or, occasionally it can lead to ulcerous lesions in the mouth and throat (‘wet form’). It’s a highly contagious virus and spreads slowly within the flock.

As Avian Pox is a virus, there are no antibiotics to treat an outbreak. You should isolate an infected bird before the virus has a chance to spread.

If your flock has succumbed to the virus, you should clean waterers daily during an outbreak. Throw away any remaining water once your hens are shut in the coop for the night. One of the best things a poultry keeper can do to reduce mosquito populations is eliminate any standing water which is where mosquitoes breed. Standing water is more common than you may first believe: bird baths, ponds without fish, hollow trees, paddling pools, blocked gutters, any open container that can hold water — even a discarded sweet wrapper manages to trap enough water to hold mosquito eggs. Clean the coop and run thoroughly with the objective of removing any scabs that have fallen off as these are still contagious.

Slugs can be bad guys too. In some cases they can kill a chicken if the hen doesn’t kill the slug before swallowing it — I’ve witnessed a young pullet choke to death after eating a large slug.

Slime is used by slugs to protect them against predators. When a predator catches a slug, the slug creates an even thicker slime that makes it difficult for their captor to actually swallow and essentially chokes their attacker to death.

You may have noticed your hens wiping their beaks a lot after eating a slug — they’re simply trying to get rid of the slime.

Allowing your chickens to forage around your garden has many benefits. They’ll eagerly dine on the nutritious smorgasbord of bugs and insects on offer in your garden and help reduce the bug population naturally.