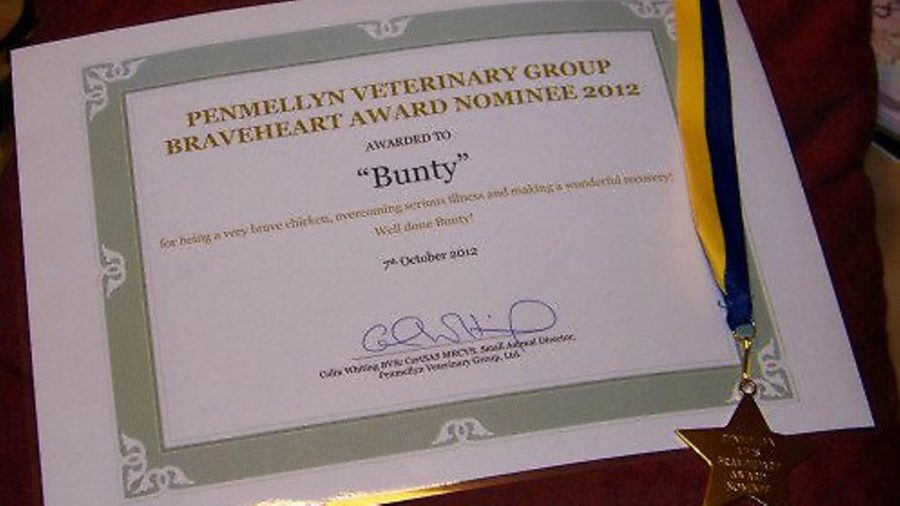 Chickens can aspire to a special accolade…. 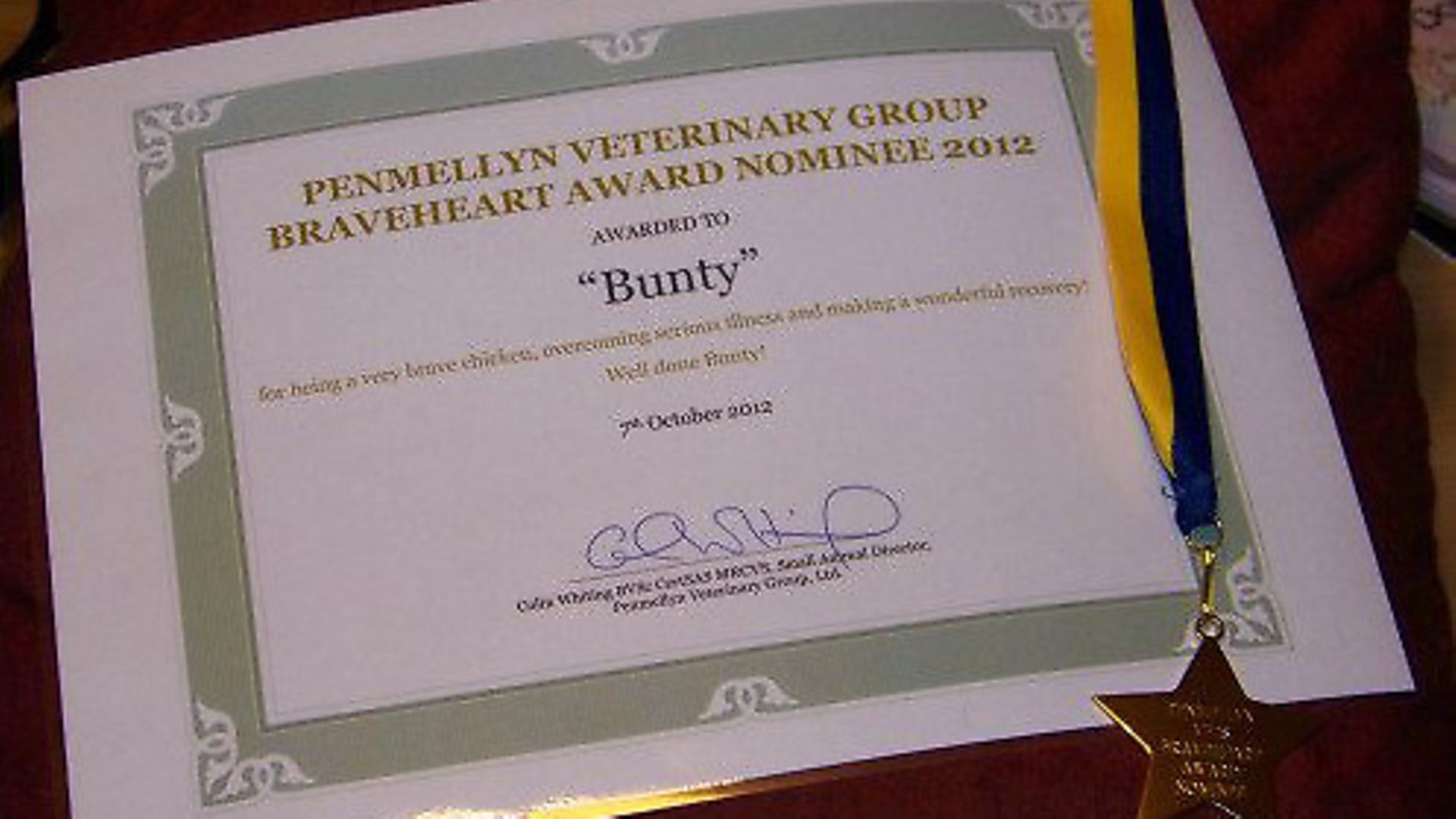 As the Rosewarne hens snuggle down each night, the older girls tell bedtime tales of a legendary hen that once upon a time slept in their coop. They speak in hushed tones of a hen so special she was known as Goodchicken, and now that she is flying high at the Rainbow Bridge; rumour has it that a few lucky girls have been asked to carry on her name. It is the greatest honour a hen can have and one they all aspire to.

The Big Girls are right, the legend is true, but in order to belong to the Goodchicken Sisterhood, a hen must be the kindest and gentlest of souls, one who has never thrown a peck in anger, who is always helping her sisters and extending the wing of friendship to new girls.

The very first Goodchicken was Bunty and it is she who is now the stuff of Rosewarne folklore. She was a magazine covergirl, her story featured in a museum in Los Angeles, she is a medical pioneer and the owner of a Braveheart medal and certificate. But, more importantly, she was a Good Chicken; a sweet, gentle soul who was the shining light in our flock.

And our exciting news at Rosewarne is that now we have a new Goodchicken. Miss Lavender! Lavender is the happiest, kindest, gentlest girl and every day for her is a delight. The scars of her commercial life have left her very small, underweight and prone to soft eggs so she has recently been Very Brave and had an implant to stop her laying.