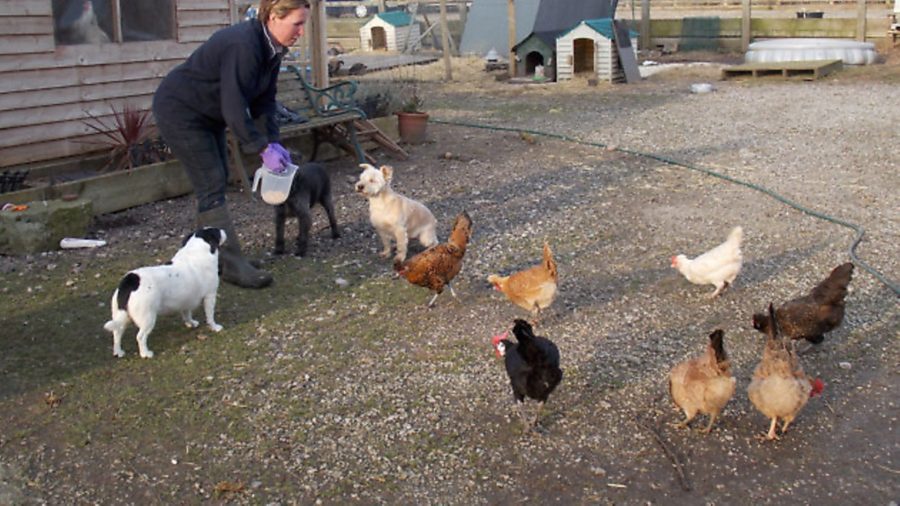 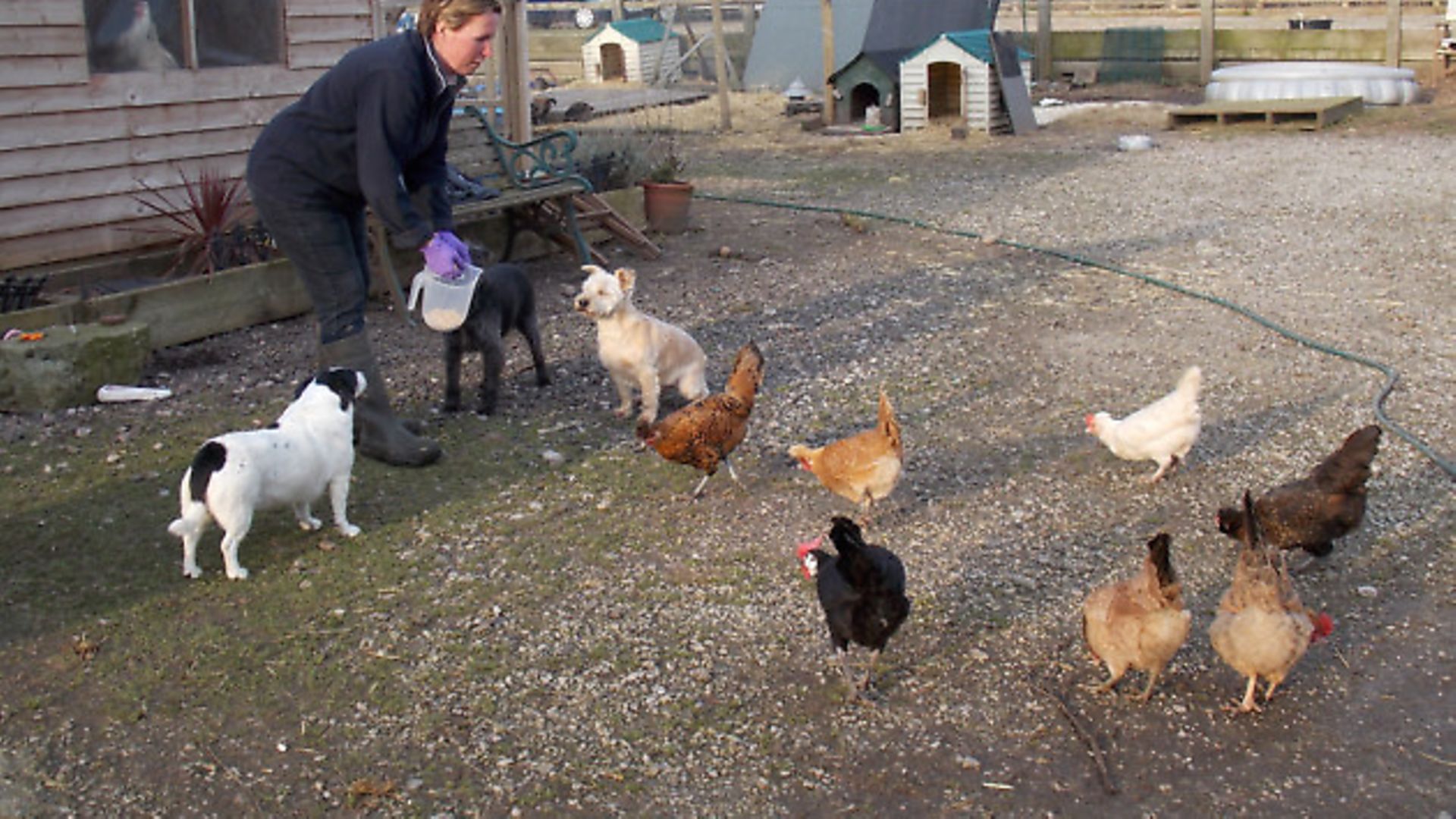 Saying that Lynda Cole went from hobby to business in six seconds would be a slight exaggeration. But her decidedly quick start and affectionately expansive ways at Manor Farm Poultry in the quiet village of Singleton, Lancashire, definitely makes it feel like it.

It’s almost impossible to believe that Lynda started with five hybrid chickens 18 months ago. She remembers the August 2014 standing start well. Now, as well as hybrids, she has 40 breeds of pure and rare breed chickens, five breeds of pure breed ducks, and sells chicks, ducklings, pullets, point of lay hens, hatching eggs and cockerels as well as bedding, feed, accessories, free range eggs and has a small animal boarding service (for parrots, budgies, guinea pigs, rabbits, with ‘hennels’ for chickens).

Lynda is happy to have her business-minded other half, John ‘JR’ Richardson, an experienced dairy farmer from a farming family with a 350-acre working farm and 150 milking cows. The modest bit occupied by Lynda’s birds is a mere three-quarters of an acre, ample enough for a family-run sideline that more than covers its costs.

To share the load, Lynda was delighted that Sally Holmes, college student in animal care, helped her set up the business while doing work experience. Even John does more than look over the fence. His nickname – ‘JR’ – is apt enough, being no stranger to dynasties. Although there is no sign of a white cowboy hat, Lynda is happy the way he is and calls him ‘a proper farmer grafter’. 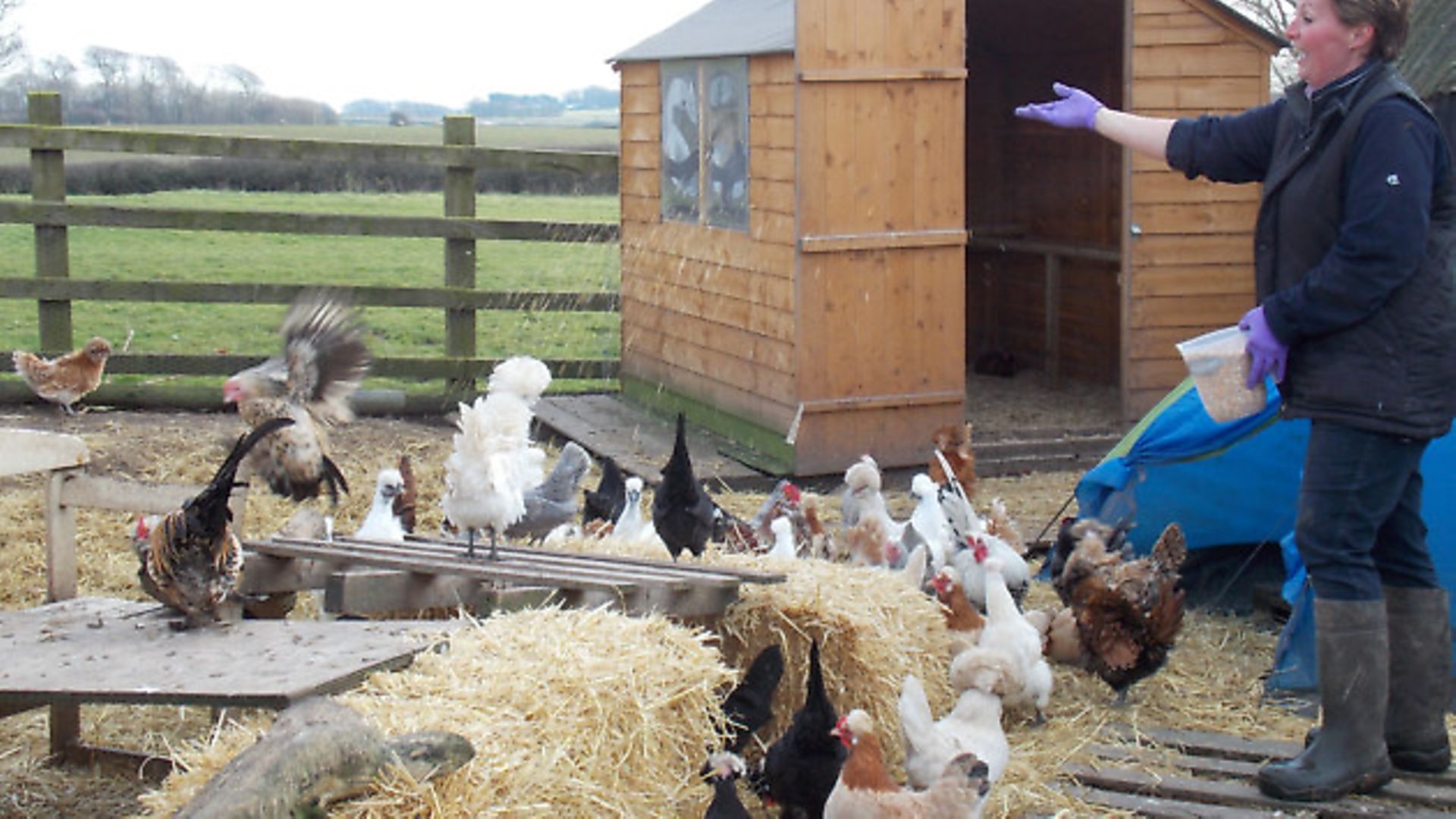 It all began when one of Lynda’s friends went on holiday and asked her to look after her broody hen that was sitting on her eggs. “I had no idea what to do!” Lynda admits, remembering ushering the hen into a barn where, days later, chicks appeared. “We still have the first five we bought as pets still laying,” Lynda says. “Somebody suggested we incubate eggs and lent us an incubator. Then I thought I’d get some pure breeds, so I’m saving the bloodlines of many birds.”

Now Lynda has rare breeds such as white-faced Black Spanish, blue Andalusians, and Thüringians. “By September 2014 we’d got an incubator and the following month we were hatching eggs. I did everything the hard way, trying to keep them outside with heat lamps and building extra pens using pallets in our stable block.” 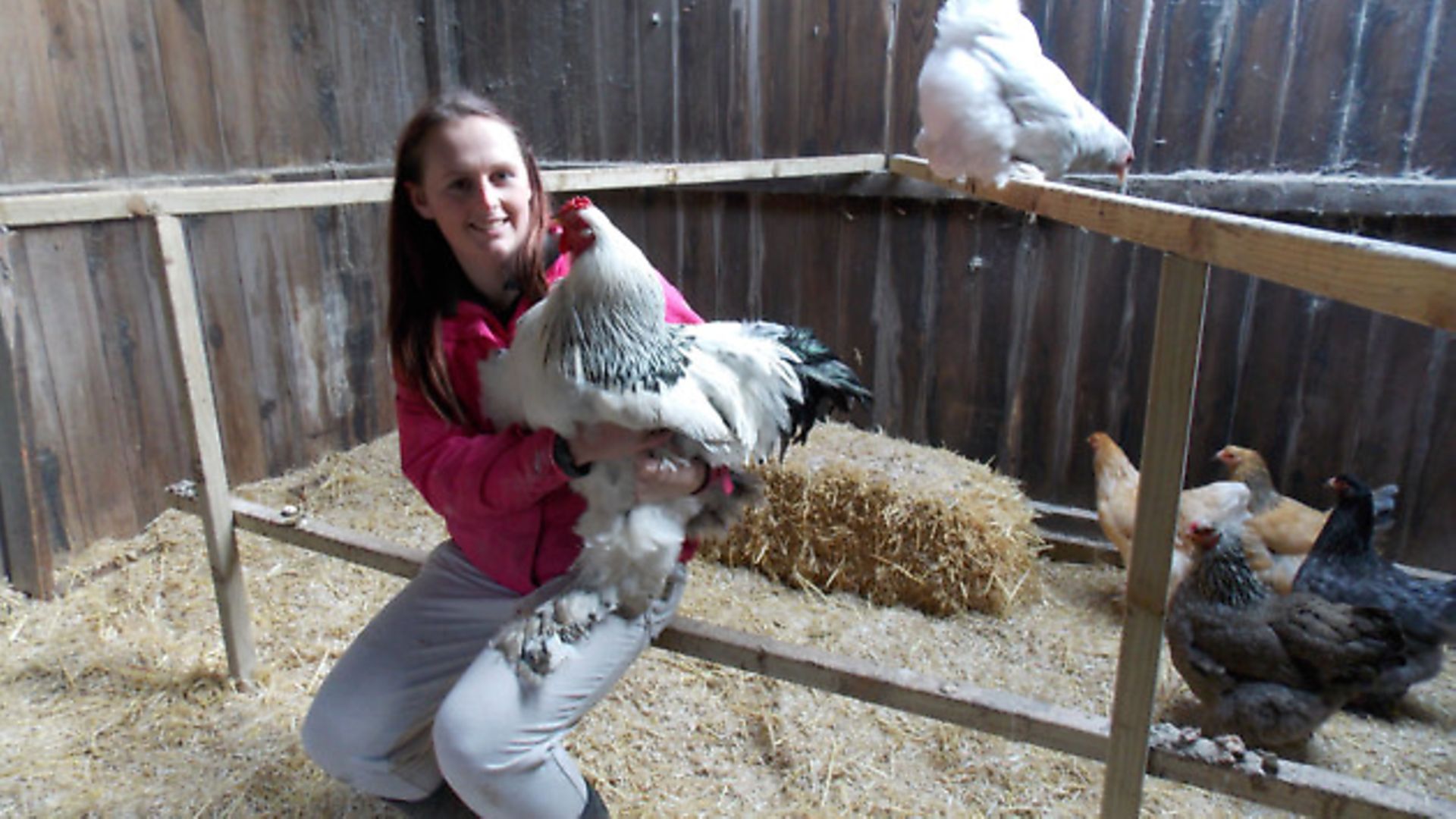 They set up stalls for the pure and rare breeds, but sourcing them proved difficult. “A lot of dishonest people sell them,” Lynda warns. “I can tell by looking at their parent birds, at auction or online, but I learnt the hard way. Some people sell hatching birds online but the photo can be a fake.”

Lynda knew she would have to learn fast and joined poultry groups online, two excellent Facebook groups she found being No Bull Poultry and Hen-Pals. Then, six months ago, she set up her own Facebook group which, unsurprisingly, now has 1,200 members. “We generally sell birds at 12 weeks, sometimes earlier,” Lynda says. “My diary has every birth date. For breeding to be true, you have to know you’re not breeding brother with sister or you get very sick birds. The breeding birds are in separate pens. The others we sell are free range and have their own pens.”

Lynda feels she is making a name for herself because of her strict management of pure and rare breeds. “We definitely make a profit and I have to be full-time now.” She sets great store by cleanliness and good husbandry and, despite having timber sheds, she has never had red mite. “We scrub out every seven days and put down Ultra Dri broad spectrum disinfectant on the floors. This can be used for cattle as well.”

Lynda moved into breeding ducks after receiving so many requests for them. She currently has 71 in the incubator. “While we would like to keep them until they’re about three months old, we also do sell them as ducklings.” With the same strict attentiveness, she urges all customers to keep them in a utility-type room with heat, not outside.

Another cost saver has been the ability to bulk-buy. “We buy a tonne bag of feed, which works out really cheap because we buy through the farm, since we buy calf feed from the same people.”

Lynda keeps takes care to keep the number of birds manageable. They eased back a bit last year as they hadn’t realised how big they were getting. The simple yardstick is that stocking levels should never compromise the health of the birds.

Lynda insists on remaining small, which means it’s a model anyone can copy, and JR sees the poultry business as part of the overall farm output. He makes some interesting observations about the different sides of the business. “I’d have to milk one cow for a day (two milkings) to make the money we get from boarding someone’s guinea pig for 10 nights,” he says.

Lynda is delighted that Sally now works for her part-time. “The amount we get through is amazing,” she says. “Otherwise it’s just me mucking out all the time.”

Lynda markets the business on her website and also sells on www.preloved.com, most sales coming through Facebook. Instinctively, she puts a lot of effort into giving potential customers advice, whether they buy from her or not. It’s that old word ‘service’ that good businesses provide.

How JR sees it

John may dream of giving up the cows for guinea pigs and avoiding the high cost of feed bills and employing two men, but he is proud of his dairy herd, being a dedicated Co-op supplier and being in partnership supplying milk and ingredients to Müller. He also grows wheat and barley, uses silage to feed the cows, supplies customers with haylage to feed their horses, and bales hay to sell on.

Nevertheless, he sees the poultry business as having a key role. “We can see a future in it. People pay for pets and it pays for itself. We enjoy it, while other farm work can be tedious. A lot of money is tied up in farming which used to be a steady life compared with all the paperwork and red tape required now. Every cow has to have a passport; you need manure plans, fertiliser plans, and so on.”

Expanding the poultry business is always a subject of discussion. “We could spread them out a bit more to make them easier to look after, and boarding could be expanded. She’d have to work a bit harder!” John says with a laugh.

Lynda and JR always discuss ways things can be better for the birds and where extra profitability lies. Add those that help them and they are yet another example of that enviable combination – a good team that also has fun.