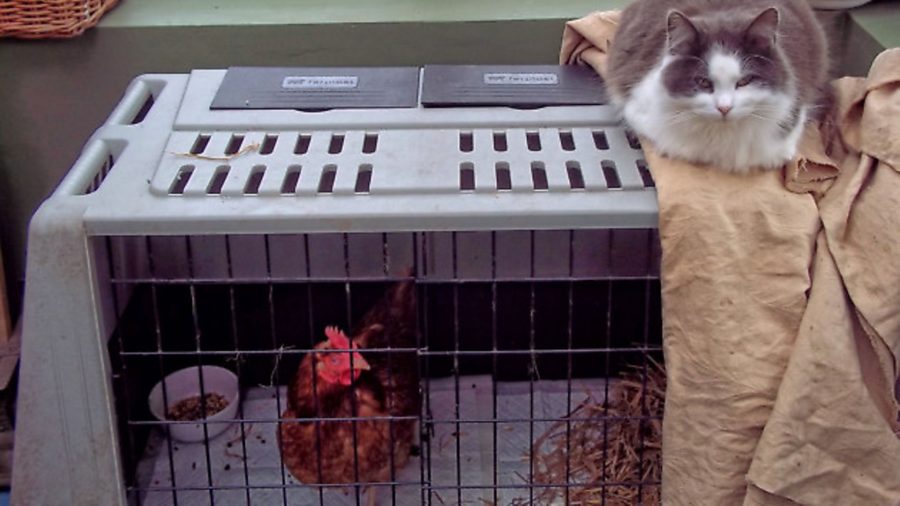 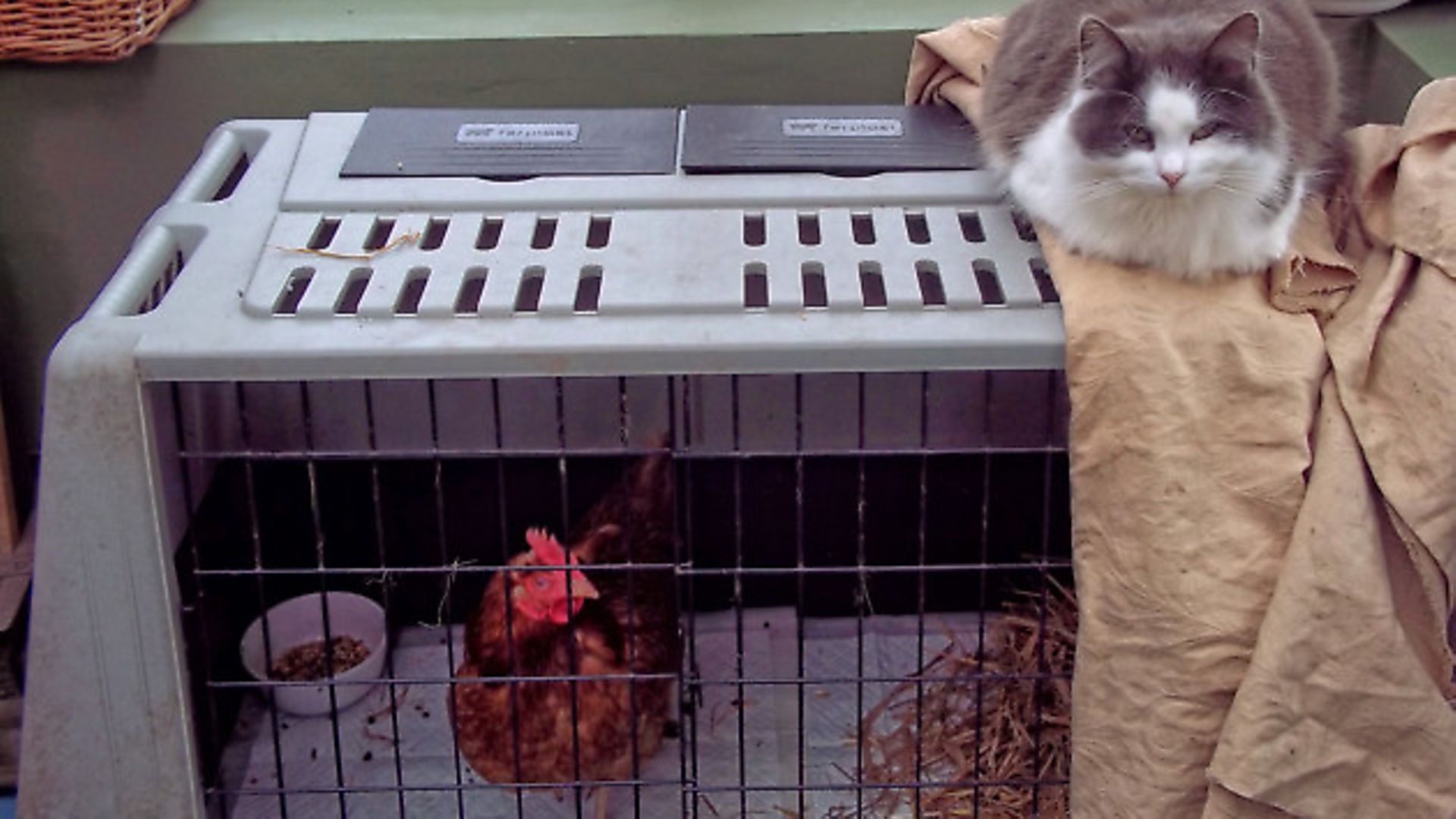 Every now and again, one of the girls comes a cropper and needs a bit of extra care. It could be that they get a bit of a cold, or hurt themselves jumping out of trees. My chickens seem to be prone to being daredevils and go on mission-impossible style jaunts around the garden. Occasionally I need to remove a chicken from the rest of the group for a bit of R&R and some extra TLC. When this happens, I set up a chicken hospital in the house so I can keep them warm and comfy. I use an old plastic dog crate lined with newspapers and straw to create a chook infirmary and the sick chicken moves in where I can keep an eye on it while it re-cooperates.

I have six cats and they find it utterly fascinating to have a bird about the house. ‘Enry Cooper in particular is mesmerised and sits for hours on top of the crate watching through a hole in the top. The chickens don’t seem remotely bothered by his staring or by his occasional attempts to push his paws through holes.

Recently Celine Dion, a very bossy brown hybrid, fell off the coop ladder, hurt her leg and had trouble getting back up to nest so she came in for a sojourn in the chicken crate hospital. I’m never quite sure if they get a bit bored on their own, so I always bring another bird in for company – this time I bought in a very sweet natured bird called Katy Perry.

Each week my neighbour Jean-Pierre comes in for a gossip and glass of red wine. Last week he arrived, puffed up and full of self-importance. Had I heard the news he demanded immediately I opened the door to him. I had no idea what he was talking about. It’s pretty much the same every week and I have never once, in several years, guessed what the news is.

He strode into my kitchen to take his usual place, keeping me on tenterhooks about the exciting update though usually it is along the lines that ‘Bernadette fell off the doorstep’, ‘Josianne got no answer when she called to complain about the slow internet service’ or ‘Remy’s tractor is playing up’.

He did a double-take when he saw Celine Dion and Katy Perry in the dog crate.

“What” he said looking at me with wide eyes “are those chickens doing in your house?”

He shook his head and, with a tone of utter despair, asked “And the other one?”

“Well, she is there to keep the sick one company in case she gets lonely.”

For once Jean-Pierre had no answer. He just sat there quietly as I poured him his wine. Strangely the important news was forgotten and instead of his usual gabbling about who did what, said what, saw what, he was in a rush to get going. I was stumped for a while until I realised that he was off to do his gossip rounds… and I and my re-cooperating chickens were going to be the subject. The only Brit in the village had once more proved herself completely bird-brained – surely something to crow about!