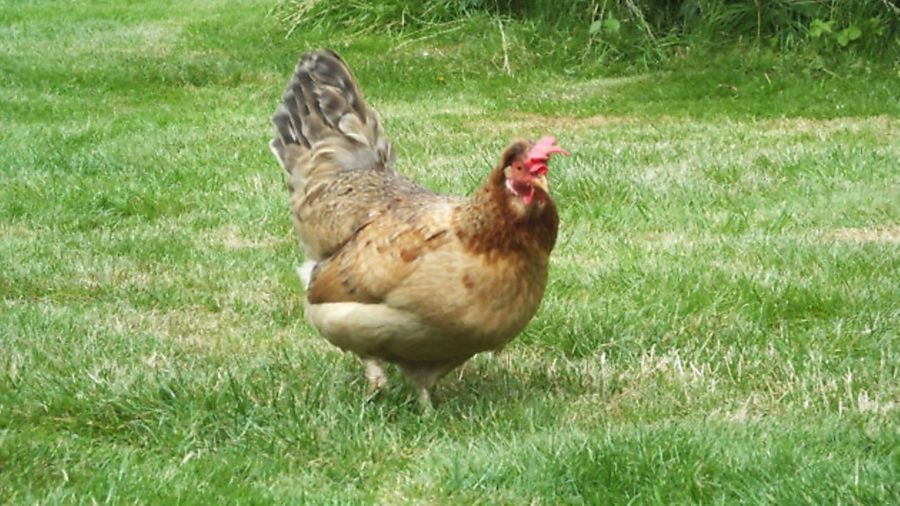 This month, Martin Gurdon chooses his favourite bird – Slasher, the boss of his flock

Choosing a favourite chicken from our current flock is tough because I’m fond of them all, but I guess it has to be Slasher the Araucana.

Despite the daft name, this remarkably long-lived bird –she’s nine – is no ditz. She is also boss of our flock, a benign dictator under whose beady watch everyone else has a pretty good time.

Readers of ‘Chicken Crazy’ the column I’ve been lucky enough to write for this magazine, will be familiar with Slasher, a regular in these pages since Your Chickens was launched, but if you haven’t met her before I’d better explain her name.

We bought her as a pullet from Dudley Mallett, a chicken breeder who really knew his birds, and chose her because she looked healthy and feisty. She’d moved in with our older hens somewhere near the bottom of the pecking order, displayed an independent streak from the off, and a remarkable turn of speed. She was capable of sprinting from one end of the garden to the other faster than anyone else, which was useful at mealtimes, but meant she was hell to catch.

Once, when I had to and had spent 10 minutes charging and lunging about the garden before finally rounding her up, she screamed horribly (my wife heard it from the house), then wrenched at the skin between my thumb and forefinger. The name seemed obvious after that, so ‘Slasher’ it was.

There’s a neatness about this little bird which is part of her charm. She’s a compact and tidy, with pretty grey/brown interlaced plumage and big tail feathers that make the shape of a fin on the back of an aircraft.

For a chicken she has good carriage. When moving she’s neither ungainly nor comic. The only comedic element of her looks is her comb, which flops to one side, half covering one eye like a rakishly angled beret.

When she fixes you with a steely gaze, which is often, you’re given an appraising look. I feel that some of our flock see me coming and think ‘food’ but with Slasher it’s a case of ‘what’s he up to?’.

Although she’s in charge of everybody else, and will occasionally assert her authority with a lunging peck, she isn’t a serial bully. Slasher has nothing to prove, so rarely bothers, which has resulted in a lack of hysteria and a harmony so the weaker birds aren’t having a hard time.

She retains an independent streak, often striking out on her own and holding back at mealtimes, keeping an eye on the garden while everyone else stuffs their faces.

Slasher is a very domestic fowl but, rather pleasingly, there remains something of the wild animal about her too.