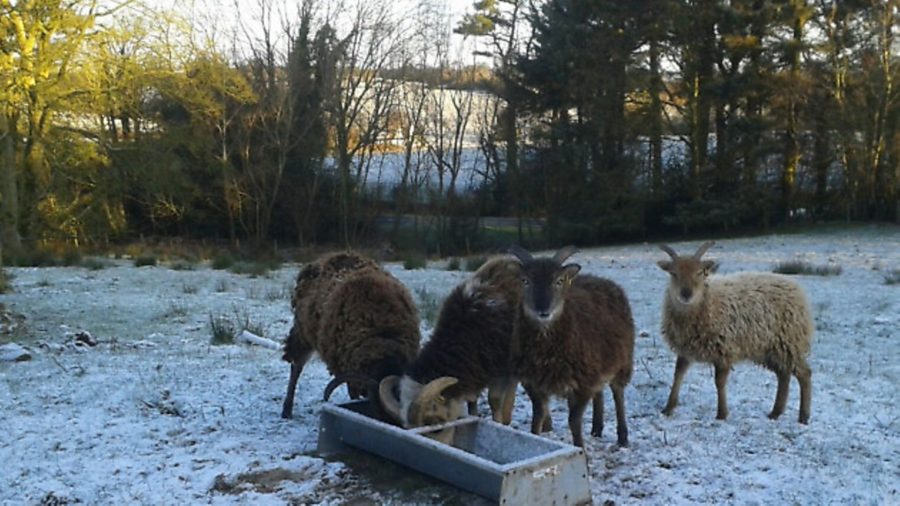 Sam Gray, above, was in her late 20s when she developed a strong urge to start planting veg. She managed to suppress the desire for about a year before she found herself staying in to watch Monty Don on the telly. Her journey to ‘the good life’ had begun. Sam talked to Kim Stoddart 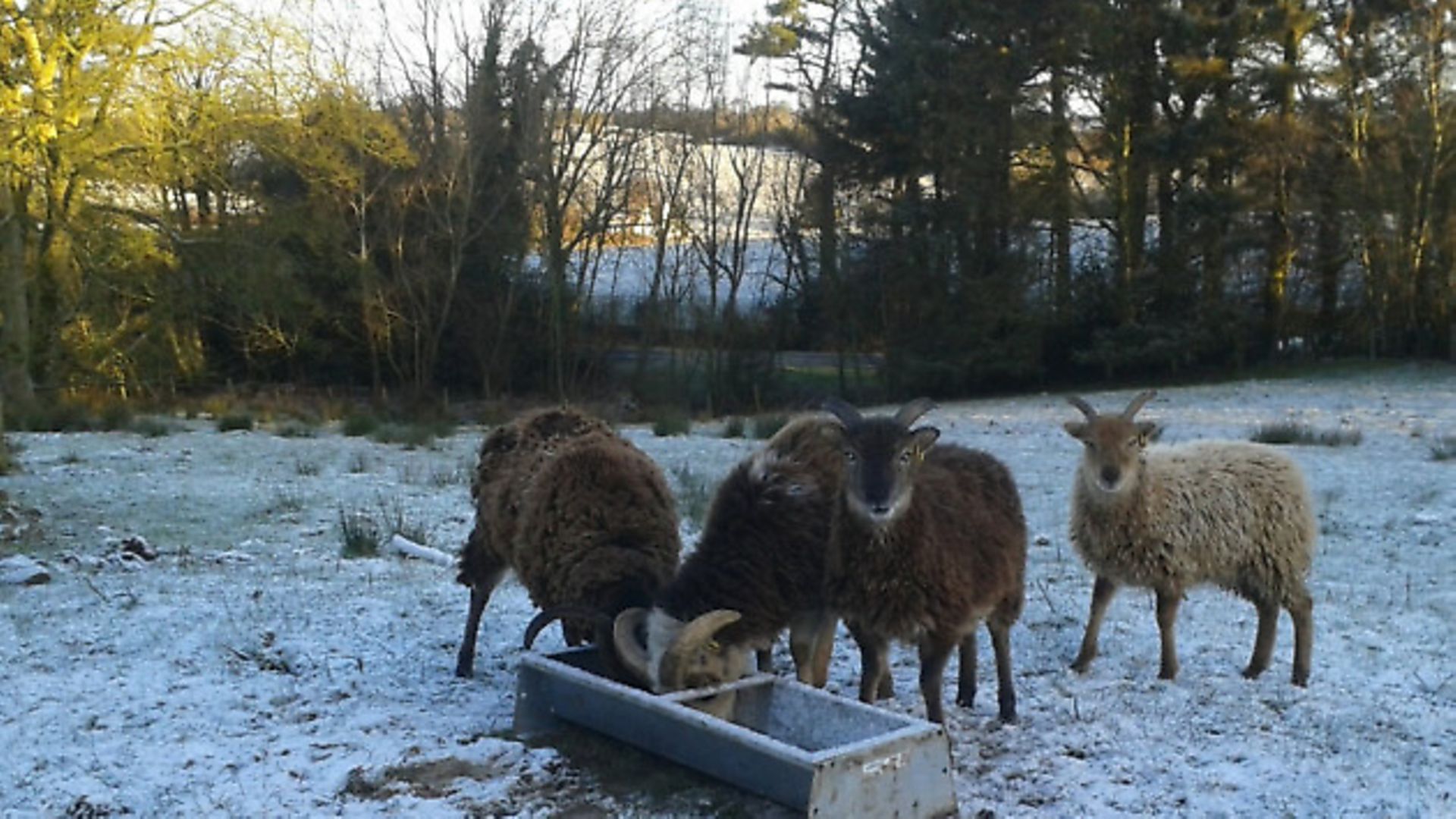 It took many years of living and working in London before Sam Gray was able to make a move to a smallholding proper, but she hasn’t looked back since. 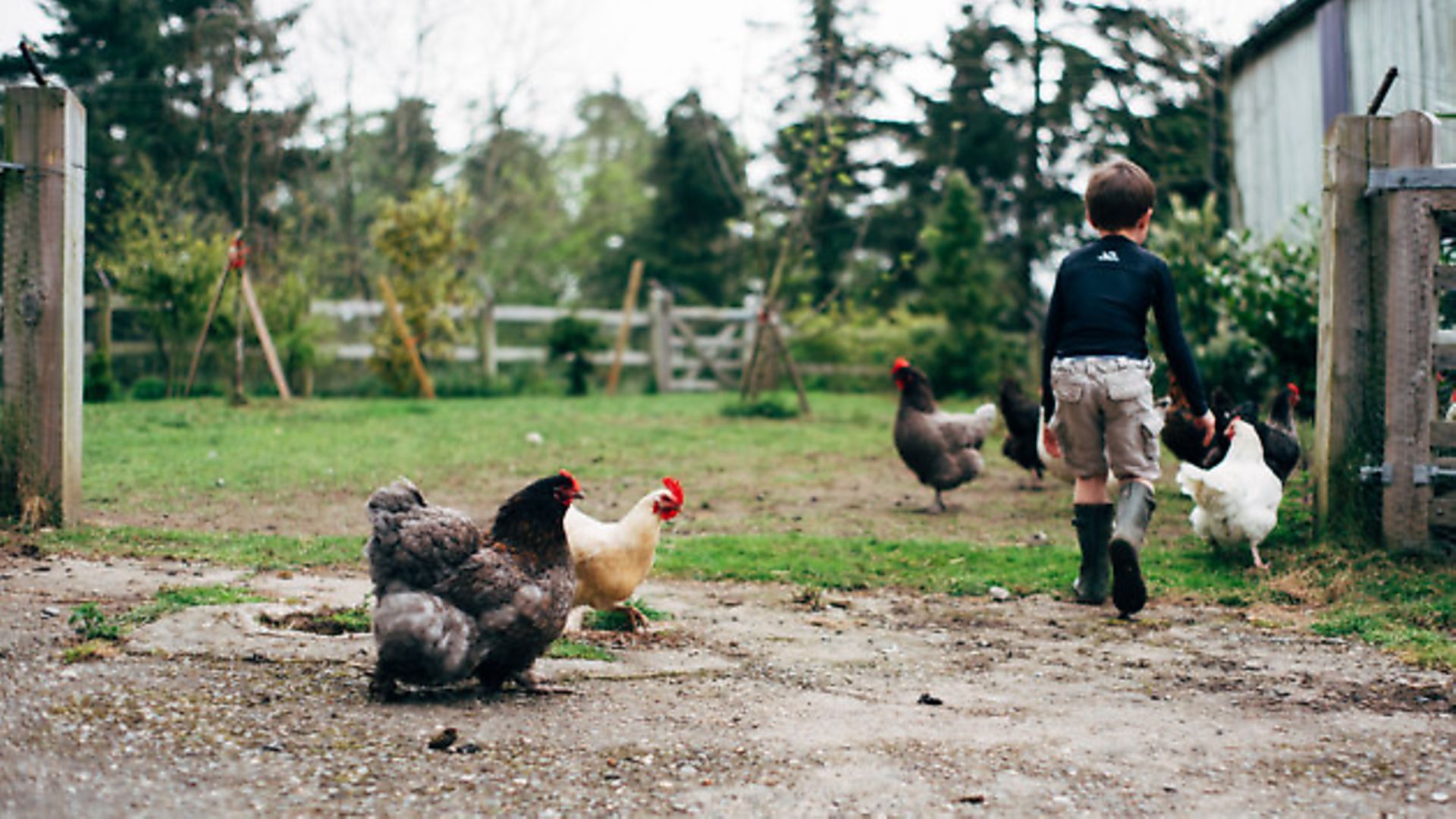 “I understand that many good smallholders start off inspired by the same dream,” she said. “After years of commuting to work through relentless traffic, making do with processed sandwiches for lunch, endless meetings about targets, results and, ironically, ‘personal development’, it’s not hard to understand how and why so many of us become disenchanted with our everyday business. It does seem a little extreme to ‘jack it all in’ for a life looking after animals and growing your own food, but for all the different reasons – be they independence, fine tuning survival skills or just wanting more space and being more connected to nature in our otherwise hectic existence – I can say that the reality has surpassed the dream.” 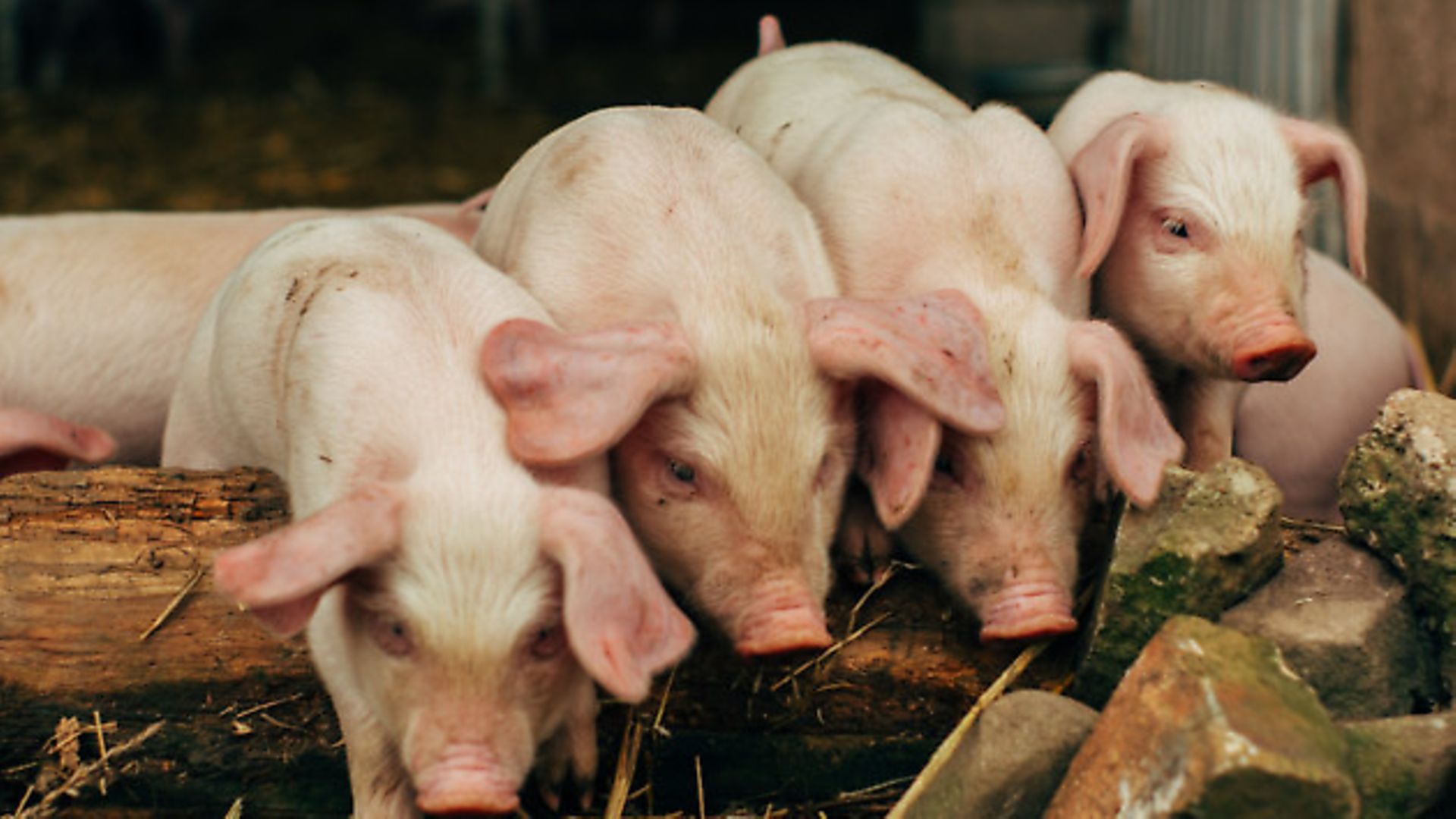 On her five acre plot, Middle Farm, in the heart of Shropshire, Sam keeps British Lop pigs, rare breed chickens, Soay sheep and grows a lot of her own fruit and veg. A published writer and author of Doing it in Wellies, about her first years on the farm, she is becoming well known for her work as an enthusiastic and knowledgeable give-it-a go lady farmer. 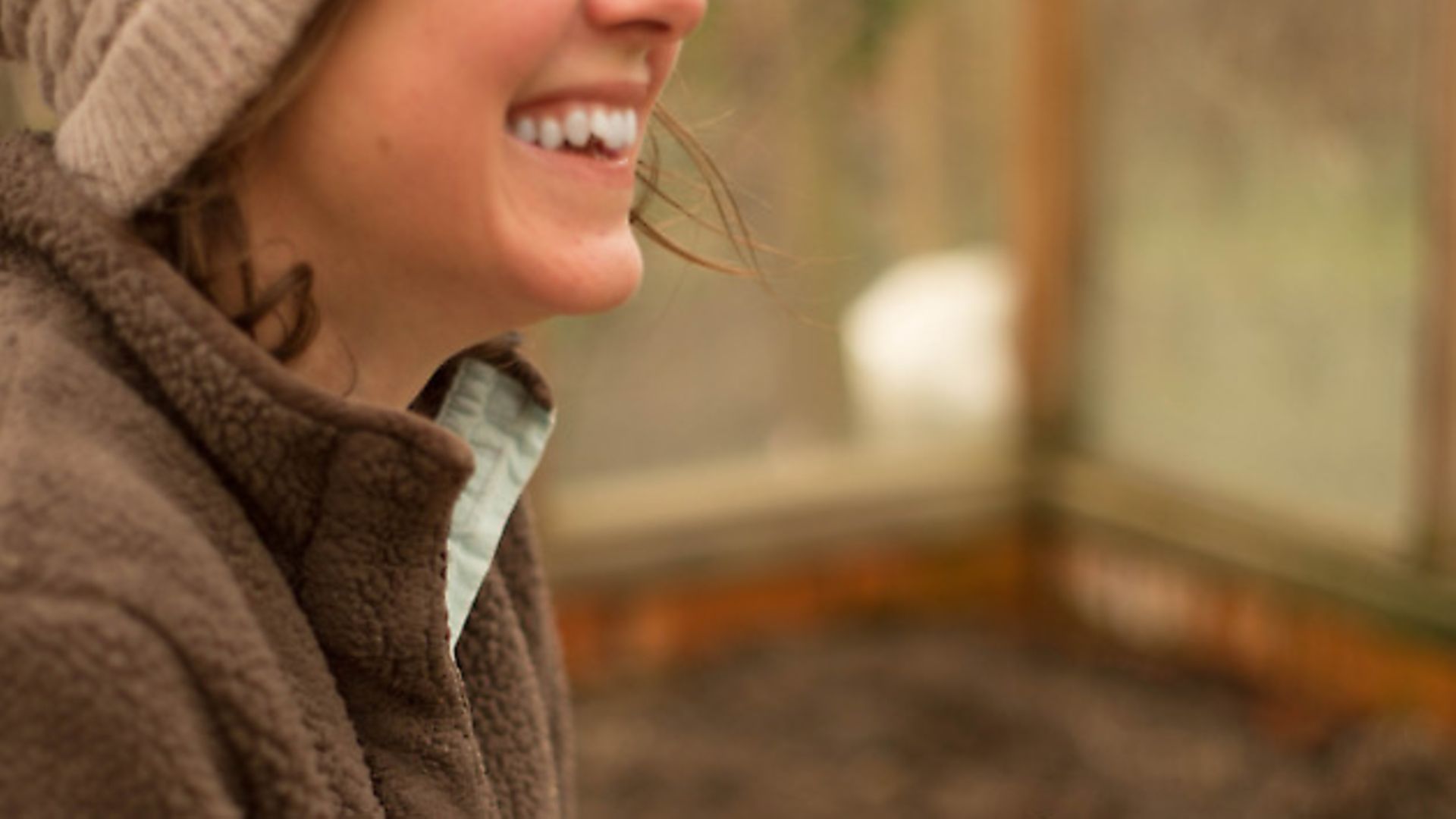 Sam’s son Connor, 8, and daughter Maddie, 10, also love where they live and especially enjoy playing with the other children who come to stay in the farm’s holiday cottages. They also enjoy watching the animals, although at this stage they’d rather play farms than actually farm. Connor has had an interest in wildlife from a very young age, though, knowing how to identify and handle a newt. 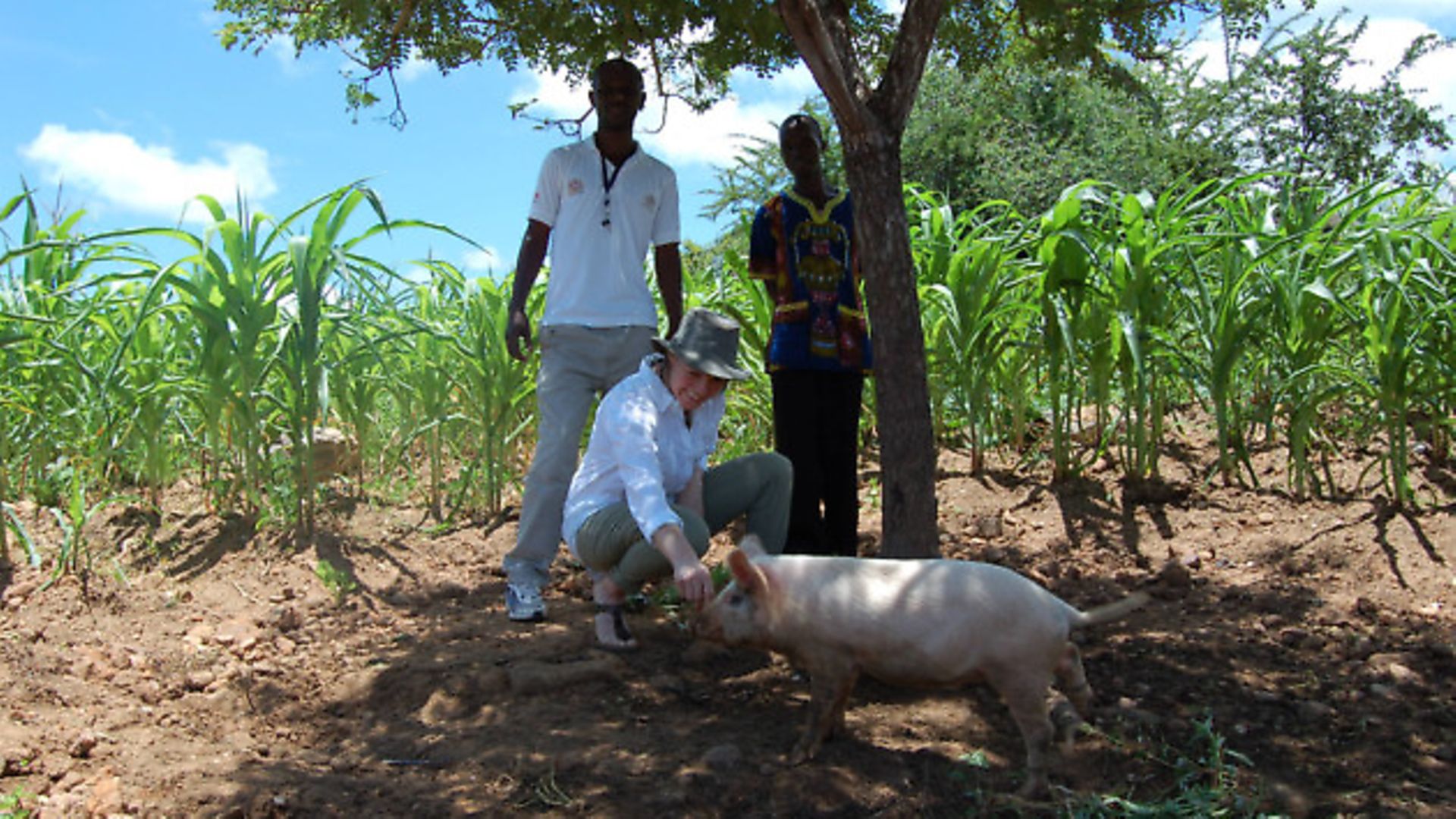 As an artisan farmer, Sam says she doesn’t want to get too big as that would mean losing the essence of what makes her smallholding special. As such, she produces up to about 50 finished-weight pigs a year.

Anyway, the three holiday cottages provide the main source of income for the farm so, when Sam gets excited planning new smallholding adventures, anything she does has to work around this all- important revenue stream and the guests that come to stay.

Staying this size also means that she can ensure the animals have an excellent life. The pigs, for example, have access to shelter inside a huge cattle shed lined with straw as well as being able to root around outside. As well as pig food, they also benefit from a regular supply of garden leftovers and fruit and veg.

The resulting pork is then sold to friends, holiday cottage guests and local restaurants in Shropshire. It has proven to be very popular, and one supporter even wrote a poem about Sam’s sausages:

I need my pork-based fix.

Is it possible you could furnish me

With a simple string of six?”

Sam says some people find it a little strange that a woman can farm and rear animals for meat. But she says it’s important to keep sentimentality in balance. She believes that the reality of the lifecycle, from farm to plate, is what holds a lot of people back from making their dream of ‘the good life’ a reality.

Sam has been keeping the British Lop pig for a while now and she loves them. A traditional Cornish breed, it has a thick skin which Sam says “produces the best crackling ever”. Also, unlike some other rare breeds, this one doesn’t go to fat easily. “The breeding sows I’ve had since piglets have been amazing. They are so calm, not at all aggressive, even when the vet visits. It’s a really good, big pig and the meat tastes great.”

Soay sheep, a rare, wild and very independent breed, are also a popular addition to Sam’s smallholding. “Since keeping them, I can now really understand why people become shepherds,” she says: “They are such appealing, calming creatures; I really get it.”

Sam has recently returned from a writing trip to Malawi. As someone who eats seasonally for most of the year, and grows a lot of her own vegetables, she wanted to see what it would be like for people who produce their own food not as a lifestyle choice, like us, but because it’s a necessity. She found the experience fascinating.

“In Malawi, they farm without machinery, and so the community has to pull together to work on the harvest or else they’ll starve. There’s no isolation as a result and depression just doesn’t exist – people are far too busy.”

As for the future…

One of the things Sam enjoys most about the smallholding life is the opportunity it affords for diversification, to try out new ideas and ventures and find what works best. She has a small stream running through her land and is considering dabbling in waterfowl. Also, with a resurgence of interest in all things wool and spinning, she is thinking of moving in this direction too.

Of course, as every smallholder knows, there are days when the weather is so bad that being on a city street would be so much easier than the gritty reality of managing livestock in the mud in the heart of the Shropshire countryside. But, in smallholding life, Sam has found her place. “I feel such a soulful connection with my farm. I look after it and it looks after me. The connective nature of everything I do – the animals, guests, veg growing… the whole experience – gives me such a strong sense of purpose. I get bored really easily but this will never bore me – there’s always so much to do. I love it.”