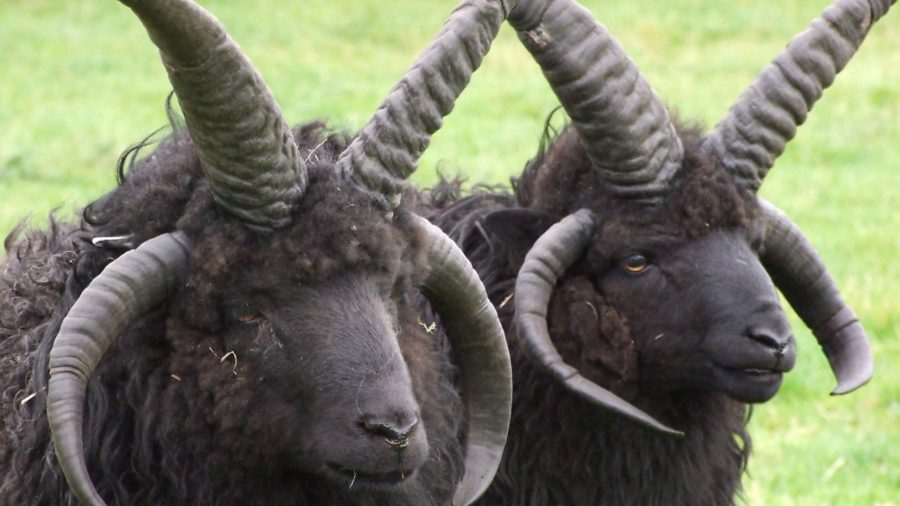 An old breed for new times

Hebridean Sheep are affectionately known as Hebs by those who keep them. It turns out that this is also an accurate acronym as HEBS are indeed the Hardy, Economical Black Sheep that you might expect them to be.

This charismatic breed is supported by the Hebridean Sheep Society that this year celebrates its 25th anniversary. During that quarter century, Hebrideans have moved from being on a knife edge of extinction to a breed with a bright future.

Like most native breeds, their name denotes their place of origin, but 25 years ago there were precious few grazing the machair or walking the white shell sand beaches of the Western Isles. Throughout the 1800s Hebrideans, whose ancestors first arrived with the Vikings aboard their longships, were replaced by white woolled sheep. The society worked with sympathetically minded crofters to get Hebridean sheep back home. Today travellers to those beautiful islands can enjoy the sight of biddable black sheep grazing crofted land with skylarks and peewits for company.

Beyond basic husbandry requirements, Hebrideans are resilient and self-sufficient sheep. Their easy management and flavoursome meat are as much celebrated today as they ever were. But one of their most remarkable achievements has been to take centre stage in many wildlife conservation projects. Their predilection for browsing and ability to survive in wild places has made them the breed of choice in the restoration of habitats for rare wildlife, such as choughs and nightjars.

Embarking on a number of key actions, the breed society has ensured that not only do Hebs look good in the landscape, but they also make economic sense. Work with British Wool, for example, developed Hebridean wool grades that are sold both on the world market and directly to speciality textile producers.

Trade with discerning restaurants and specialist butchers is also growing. Hebridean hogget, being 12 months older than conventional lamb, is bursting with sweet aromatic flavour. The breed society recently launched its Authentic Hebridean Hogget Scheme that allows members the length and breadth of Britain to give customers full confidence in food quality, traceability and animal welfare.

This all goes to show what 25 years of dedication can achieve, but every cause needs a compelling story and the little black island sheep have certainly provided that… and in so doing have given their own validity to the strapline ‘old breed for new times’.