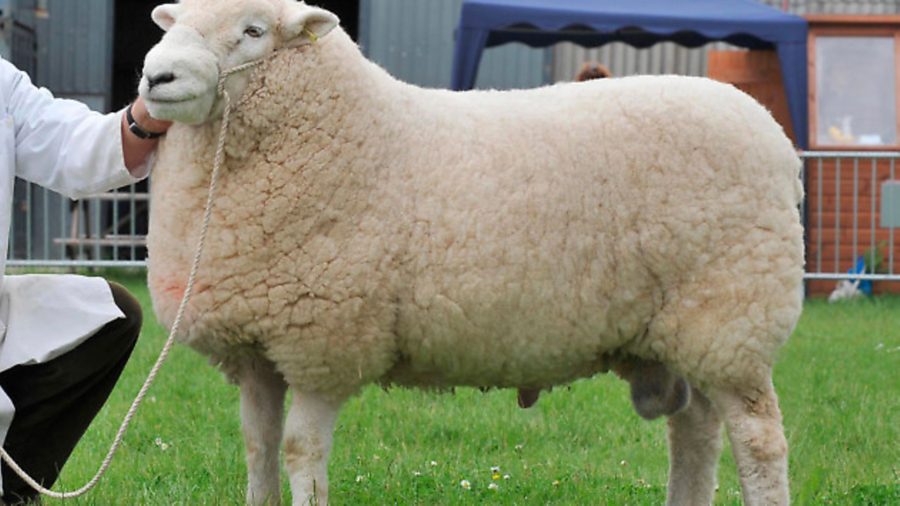 Which breed is ideal for the moor? Which won’t cause damage to trees? Tim Tyne looks at various scenarios and recommends breeds to suit 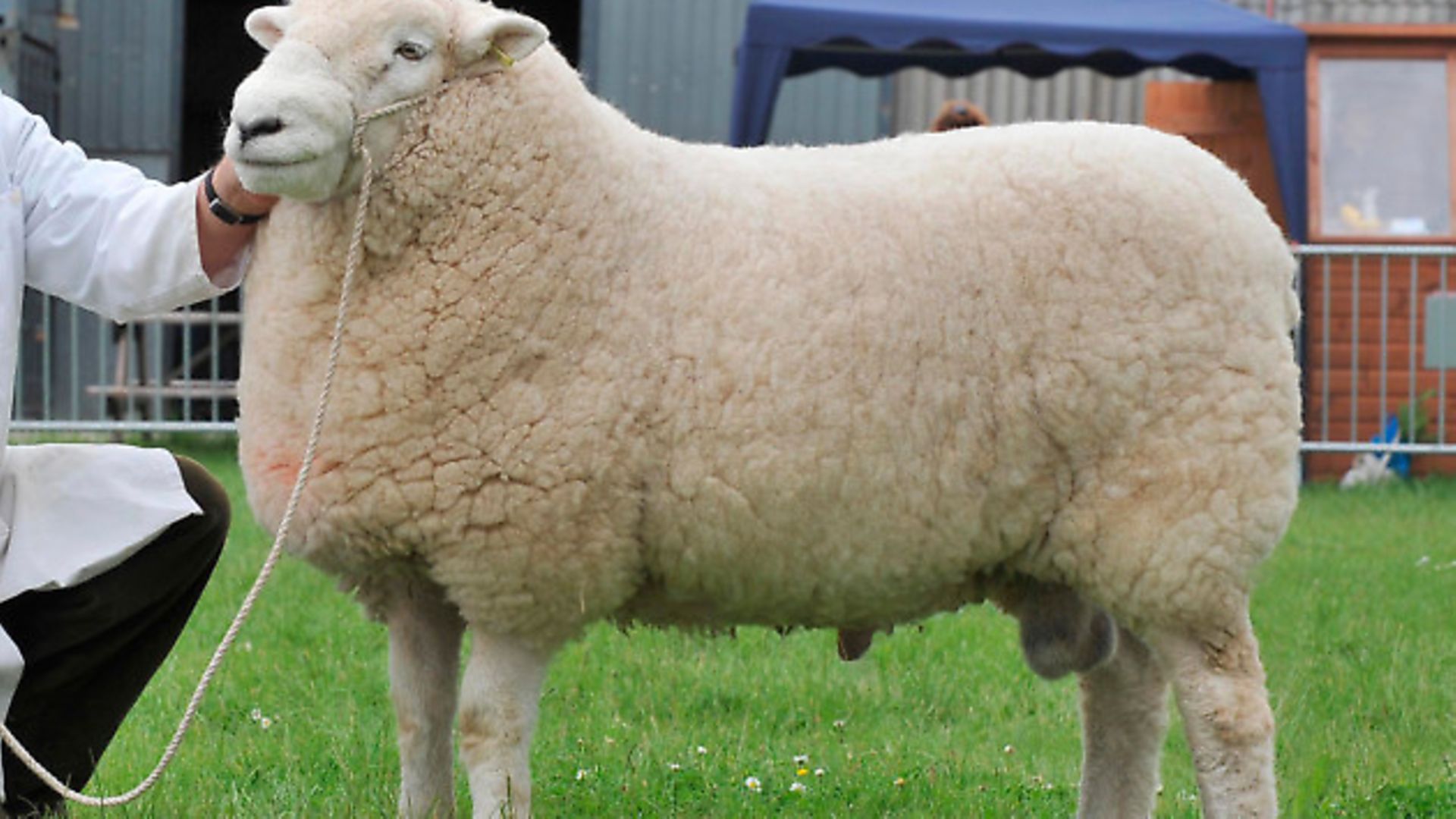 Ideal for the moor

Mark and Janet live on a 20 acre smallholding in the Exmoor National Park. They moved there two years ago, and have focused on upgrading the house, but are now ready to start with a new flock of sheep. The couple previously owned a flock of Portlands, but sold them just before they moved as they knew that they had other priorities (e.g., work on the house) initially. The smallholding is situated about 1,000 ft above sea level, and is rather open to the weather from the Exmoor hills. Mark and Janet would like to keep a variety of rare breeds, but aren’t sure which would be suitable for their exposed location. Their aim is to support the work of the Rare Breeds Survival Trust by keeping some of the endangered breeds, and also to produce both meat and breeding stock for sale.

I’d like to start by making a couple of general points: Firstly, a high-altitude exposed location need not limit you to keeping the same sort of hardy breeds that you see grazing the surrounding moorland. The management conditions of a smallholding are very different from those of an extensive hill farm, and, given appropriate shepherding, almost any breed of sheep can be kept almost anywhere.

Secondly, I wouldn’t recommend that small flock owners keep a variety of breeds. Stick to one (or at most two), and make a really good job of them. This is particularly pertinent if you want to gain a reputation as a supplier of quality breeding stock. Trying to run a multiple breed flock, on a small acreage, where each of those breeds is to be kept pure, is simply asking for trouble at tupping time!

Despite what I’ve said in point one, above, there are a couple of obvious local breed choices for Mark and Janet to consider: The Exmoor Horn and the Devon Closewool. 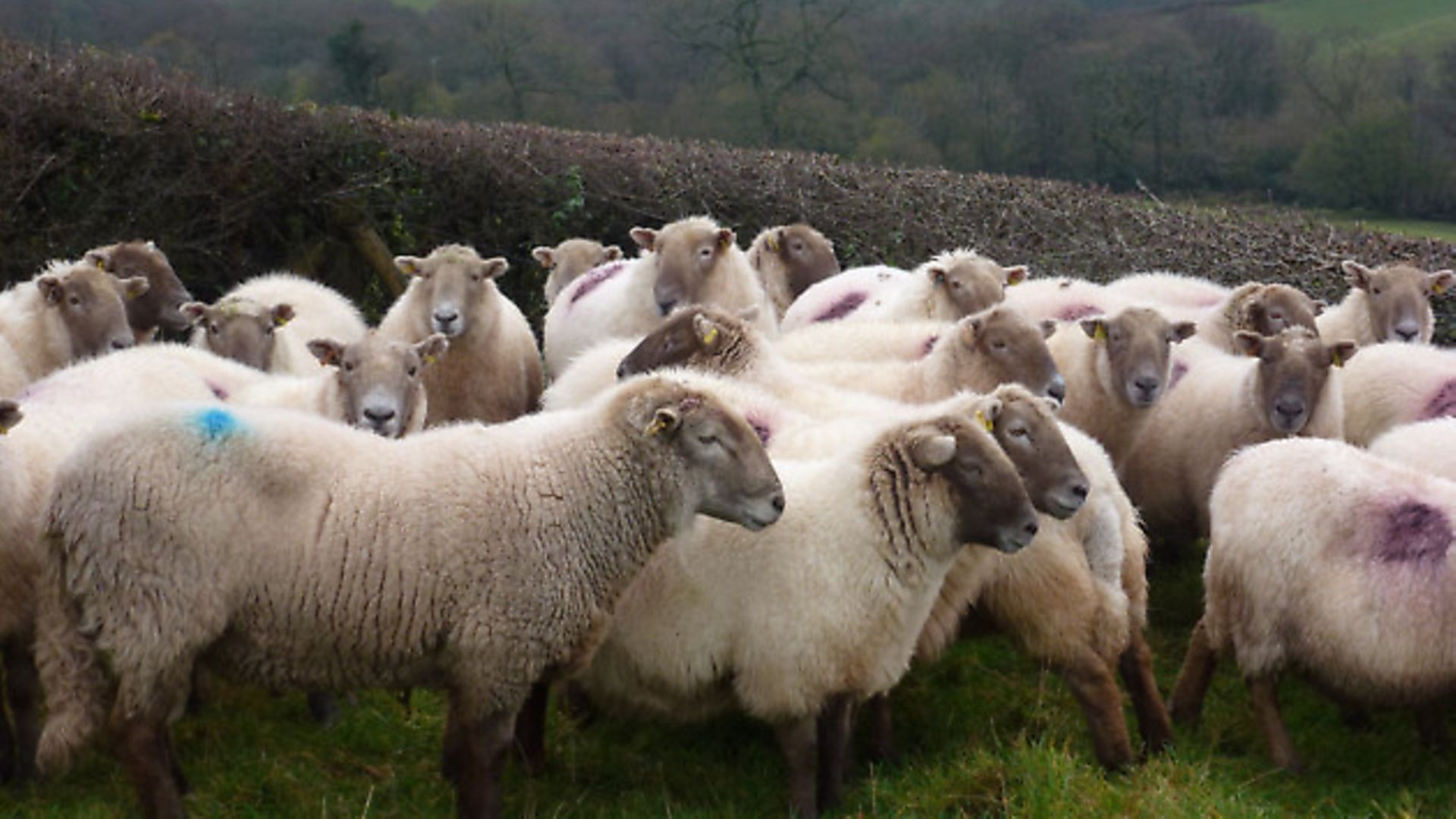 The Exmoor Horn was developed to survive the rigours of winter on the moor with only minimal supplementary feeding, making it a strong yet thrifty breed. Despite this it is remarkably docile (i.e., suited to small-scale farming) and its fleece is relatively soft, certainly when compared to the hill breeds of Wales and the north of the UK. It also has wool on its legs and face, which is unusual for a hill breed – this ‘teddy bear’ appearance is more commonly associated with the down breeds. The Exmoor Horn is a native breed, although not currently classified as ‘rare’. This may be due, in part, the popularity of the Exmoor Mule – the result of crossing ewes of the breed with a Bluefaced Leicester ram. Should Mark and Janet decide to keep Exmoor Horns, the production of mules from that portion of their flock which isn’t required for pure breeding would give them an additional marketing opportunity for commercial stock.

The Devon Closewool, a minority breed which originated from a cross between the Exmoor Horn and the Devon Longwool, is not dissimilar in appearance to the Exmoor Horn, but without the horns. It also carries a slightly harder fleece, with some kemp. Like its progenitor, the breed is well able to withstand the moorland winters and thrives on a low input regime. On better ground, both the Devon Closewool and the Exmoor Horn are capable of producing relatively early finishing prime lambs, either pure-bred or by crossing with a terminal sire.

Moving away from West Country sheep now, an additional breed that Mark and Janet might do well to consider is the Hill Radnor. This Welsh breed, currently categorised as ‘at risk’ by the RBST (i.e., less than 900 breeding ewes in existence), is another upland sheep that’s fairly docile and fine-fleeced. Although the Radnor ewes look rather plain, rams of the breed are very smart, particularly if they’re carrying a nice set of horns. Like the other two breeds I’ve mentioned, the Radnor will thrive equally well in hill or lowland environments, and ought to be well suited to Mark and Janet’s requirements.

? Originally developed from a cross between the Exmoor Horn and the Devon Longwool. 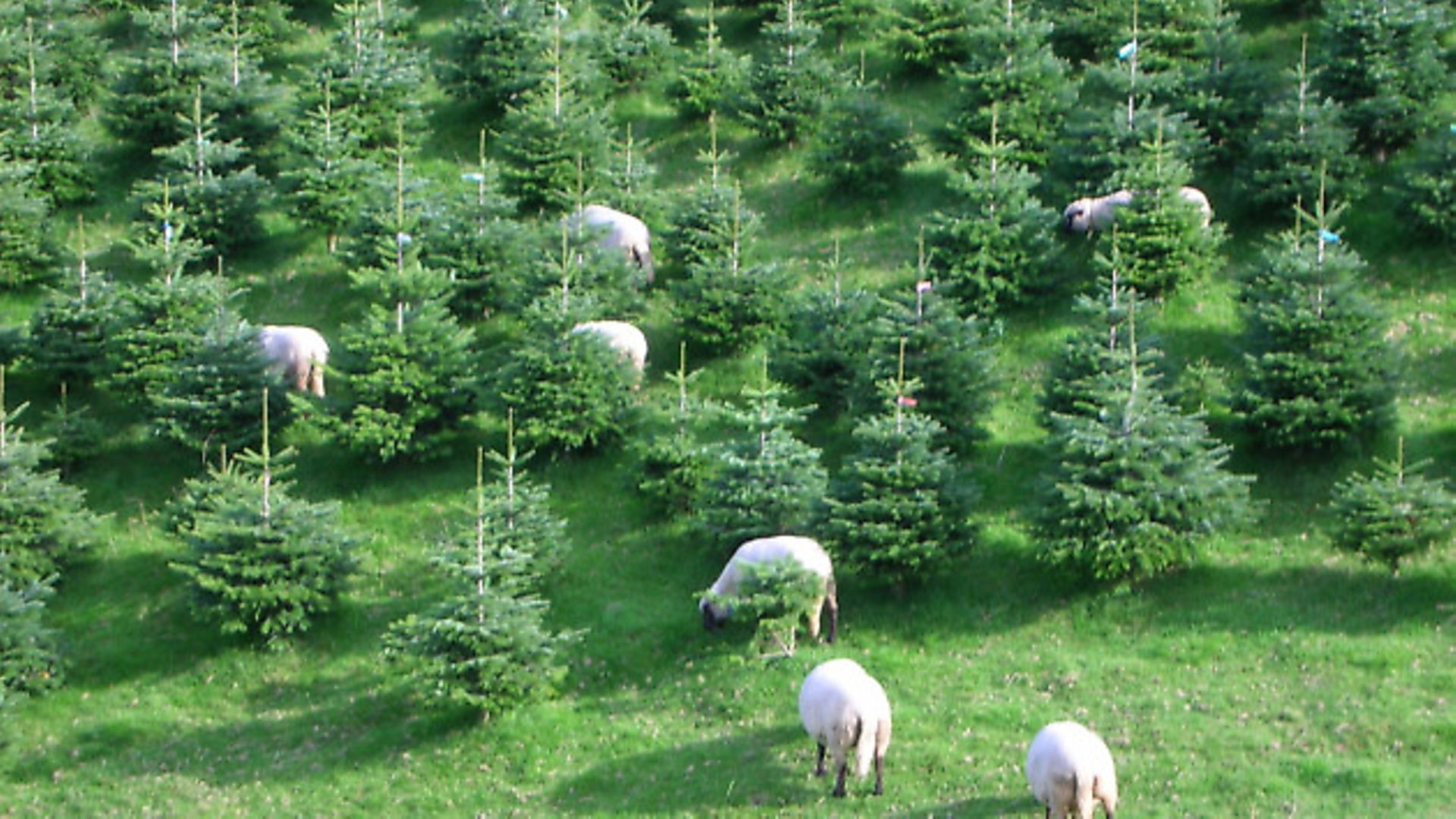 ? Horned in both sexes.

? Produces popular mule ewes when crossed with a Bluefaced Leicester.

? A fairly large hill breed from Radnorshire in Wales.

? Ewes are polled, but rams may have impressive spiralled horns.

? Categorised as ‘at risk’, with less than 900 ewes in existence.

A breed around trees

Is there a breed that won’t cause damage?

Alan and Joanne have decided to turn the whole of their 15 acre Suffolk smallholding into open plan woodland. “We just love the thought of being completely surrounded by trees,” says Jo, “but at the same time, we don’t want to feel hemmed in by dense forest.” Hence the open plan aspect of their woodland dream – randomly planted trees with fairly wide spacings between each one, and, hopefully, grazed grassland between and beneath. They intend to plant a mix of trees, with the long term aim being to harvest the quicker growing timber, such as ash, willow and sycamore, by coppicing, while allowing other species to grow on to full maturity. However, as Alan points out, the random aspect of their planting strategy would make it a nightmare task trying to keep the grass cut beneath the trees using a tractor-mounted machine, hence the search for suitable grazing livestock. “I’ve heard that some pig breeds can be kept in orchards because they don’t dig up the ground so much” he says, “but to be honest, everywhere that I’ve seen pigs outdoors the place has looked like a bomb site!” Cattle have also been ruled out, on the basis of their winter feeding and housing requirements. “We’re not really farmers,” says Alan, “we’re just looking at livestock from a land management point of view.” So, the couple wonder, are their any breeds of sheep that would fit the bill?

Generally speaking, any grazing livestock will eat young trees, and may seriously damage (or even kill) mature trees by stripping bark. At very low stocking densities this is unlikely to be a problem, but if enough animals are introduced to keep the grass under control then I’m afraid the trees are going to suffer too. Sheep are no different from any other livestock in this respect, with one notable exception – the Shropshire breed. Nobody knows why the Shropshire doesn’t eat trees, but the fact is it doesn’t, and as such is in demand for grazing Christmas tree plantations both at home and abroad. It’s also been successfully used in orchards and vineyards, a policy that presumably fits in well with organic farming principles. The downside, however, is that while Shropshires can be absolutely trusted in conifer plantations, they are not quite so reliable amongst deciduous woodland, so shouldn’t be introduced until the trees are well established – although they’re unlikely to strip bark, they are inclined to nibble at any foliage within reach, which may result in the formation of a distinctive ‘browse line’. Also, if the flock is to be bred from, additional grazing land will be required at tupping time, as rams will damage trees by rubbing and head-butting. Alan and Joanne will also need to consider how best to protect their new woodland from damage by deer, which seem to be on the increase in their area – a fence designed to keep Shropshire sheep in won’t be sufficient to keep deer out!

? Native to Shropshire, but widely exported.

? Used in the UK and abroad to graze conifer plantations.

? Typical ‘down breed’ appearance, with woolly face and legs.

? White fleece / dark face and legs (where not covered with wool).

? Highly adaptable to a wide range of climatic and topographical conditions.