Which breed of sheep for our hotel? - Country Smallholding

Tim Tyne suggests what breed of sheep would be best to grace the entrance of a couple’s hotel… and maybe the menu! Tim also advises a teenager on the perfect breed for a nature reserve. 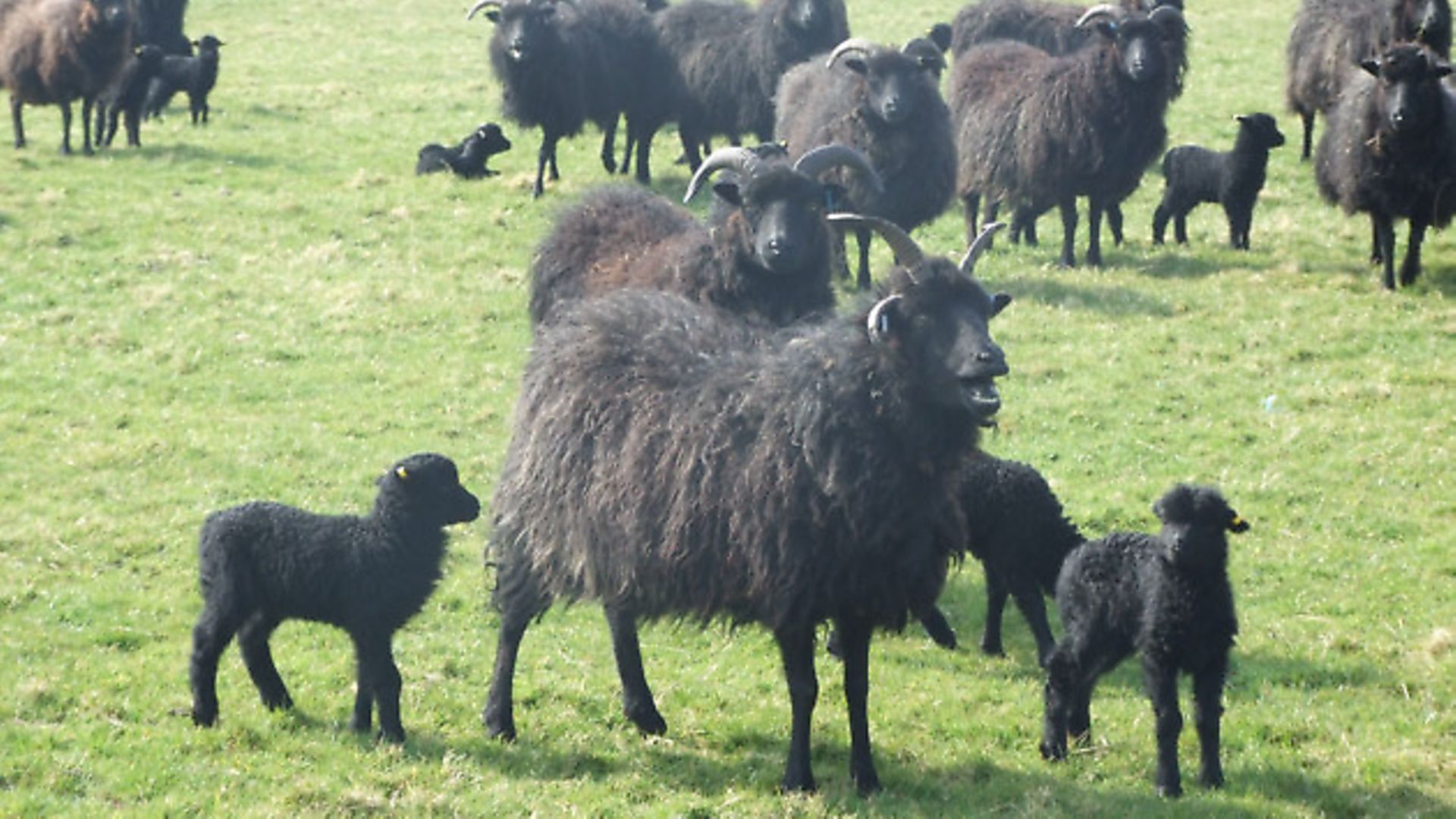 Laurence and Charlotte have dreamed of running their own hotel and / or restaurant ever since they first met, 18 years ago. Charlotte has always worked in the catering trade, and has wide experience ranging from kitchen skills (she’s an accomplished chef) through to managerial roles. Laurence, on the other hand, has been tied to the family engineering company – a sense of loyalty kept him firmly in his place, although his ambitions lay elsewhere. Outside of the workplace, the couple share a love of the great outdoors and are both keen on traditional country sports and lifestyles.

Following the recent deaths of their parents, Laurence and his brother decided to sell the family business (although not without a pang of guilt, admits Laurence) and go their separate ways. This has given Charlotte and Laurence the capital they needed to buy a rambling old place in the Midlands, and convert it into a very tasteful country house hotel. There are 35 acres of land with the house, most of which is let to a local farmer for grazing sheep. However, on the 6 – 8 acres of mature parkland which lie directly in front of the main entrance, the couple wish to keep some livestock of their own. They’re looking for something picturesque, and a little different. Initially Laurence fancied Longhorn cattle, but they want their guests to be able to walk in the park without feeling intimidated. Alpacas were briefly considered, but their farmer friend soon talked them out of that! So now they’ve settled on sheep, which seems sensible as they’ve got a resident expert to call on for assistance. A breed that’s attractive, a bit unusual and perhaps a touch aristocratic in appearance, to grace the entrance to their hotel, and maybe grace the menu too!

Generally I advise people NOT to choose a breed by its looks. However, in this case I think an exception is justified, as appearance lies at the heart of Laurence and Charlotte’s criteria.

Two very different breeds spring to mind here, the Jacob and the Wensleydale, either of which would appropriate. But not both. The effect would be completely lost if a mixed flock of more than one type were to be kept.

The Jacob is a true parkland breed. Although the widely related story of its history is somewhat fanciful, the reality is that it was probably developed during the 17th and 18th centuries by the English gentry looking for novel breeds to graze their enclosed estates. In this respect, and coupled with its multi-horned and spotted appearance, it would be ideally suited to the prescribed requirements. Jacob sheep can also hold their own as commercial animals, being fairly prolific easy lambers and attentive, milky mothers, producing reasonable quality butchers’ lambs even when bred pure – an important consideration if Jacob lamb is to appear on the hotel’s menu. Alternatively they can be mated with any of the terminal sire breeds, although for Laurence and Charlotte this isn’t really an option as the presence of crossbred lambs would spoil the visual appeal of the flock.

My second suggestion – the Wensleydale – is about as far from the Jacob as you can get! A large, aristocratic-looking longwool breed, the Wensleydale’s lustrous fleece falls in tight ringlets almost to the ground. This, together with its blue-grey face colour, makes it quite distinctive. A good example of the breed is a very smart sheep indeed. In its commercial role, the Wensleydale is used as a ‘crossing sire’, in that rams of the breed are put to hill ewes (usually Swaledale, Rough Fell or Dalesbred) to produce crossbred females (known as Mashams) for further breeding. However, the Masham is not so popular as the Bluefaced Leicester sired mule, with the result that Wensleydales are relatively uncommon. As fat lamb producers in their own right, the pure-bred Wensleydales would not be so suitable as the more thrifty Jacobs. On the other hand, the heavy fleece of the Wensleydale is one of the most valuable of all the UK breeds, with a current BWMB price of around £3 / kg. (Jacob fleeces, by contrast, fetch around 62p / kg, although they’re popular with handspinners so may be sold directly to the end user for a lot more.) 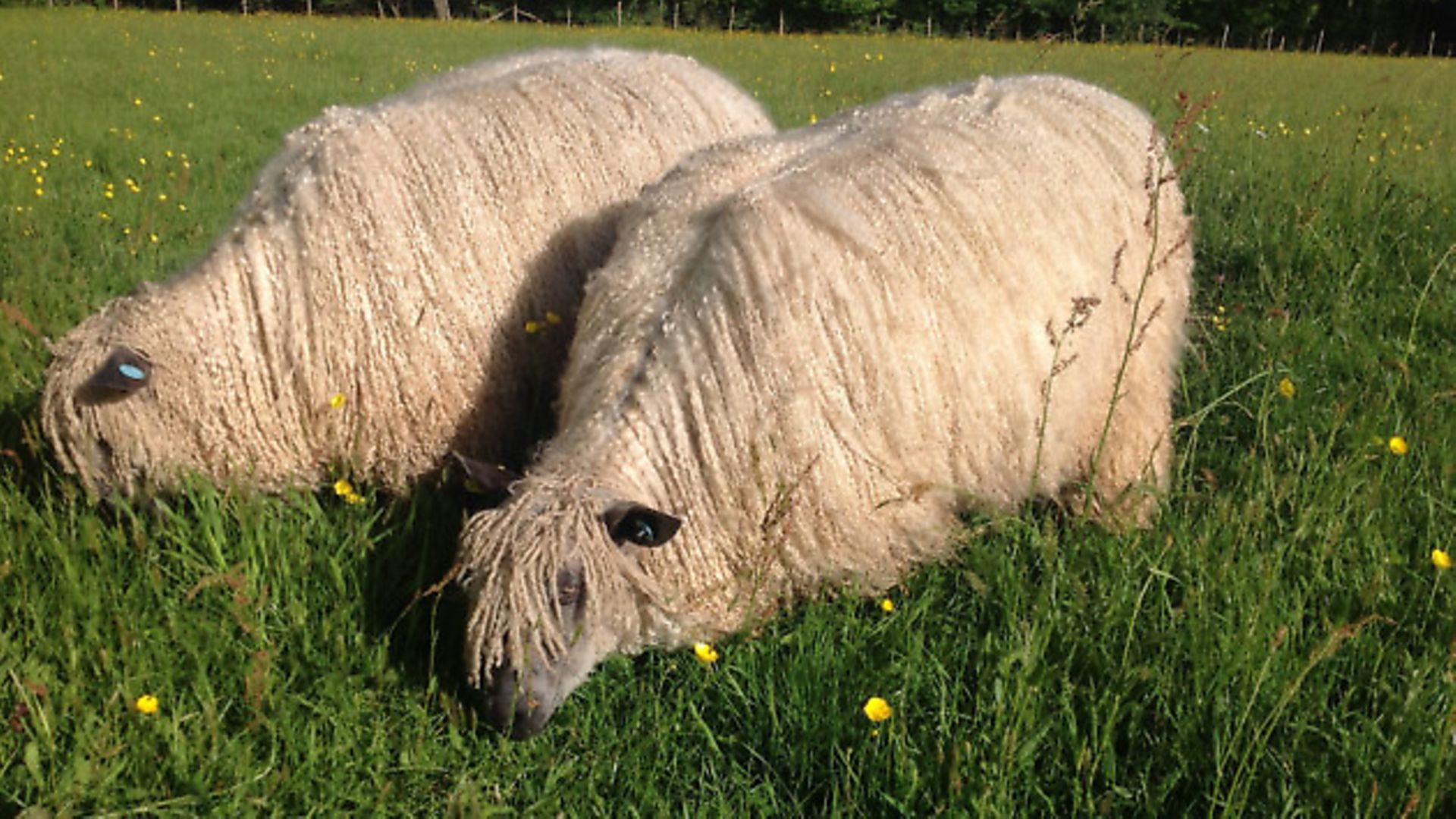 Whichever breed Laurence and Charlotte decide upon (and there are lots of others to choose from, besides the two I’ve mentioned) they should only buy, breed and keep the very best, and they must maintain them well. In their position, a sub-standard or poorly managed flock could have quite the opposite effect from what they’re trying to achieve.

Legend has it that these piebald, multi-horned sheep descend from the spotted sheep of the Old Testament which Jacob claimed from Laban’s flock, having first ensured that all the best sheep produced piebald lambs by placing part-peeled withies before their eyes at the time of conception (Genesis 30, 31-70).

A large longwool breed, with an exceptionally lustrous fleece. The Wensleydale has a distinctive blue-grey face colour, with a forelock of ringlets falling over the eyes. Neither sex has horns.

What breed for a nature reserve?

Jack is in his mid-teens, so is still at school. He lives on his parents’ smallholding in the north of England, where they keep a wide range of poultry and livestock, including a few sheep. Jack has been involved in all the smallholding activities from a very young age, and is keen to follow a career in agriculture, although he’s as yet unsure exactly what direction he’ll take. He also helps out at weekends and during holidays at a nearby nature reserve. He’s been doing this for a number of years (having first got involved via a school activity), to the extent that he’s now considered as ‘one of the team’, and is given a fair amount of responsibility. A newly drafted environmental management plan for the reserve suggests that its scrubby moorland area would benefit from ‘conservation grazing’, and Jack has been quick to ask whether he could establish his own sheep enterprise on the land. Permission has duly been granted for a trial period of two years, and Jack’s parents have agreed to help him fund the purchase of his breeding stock and equipment.

Go for it Jack! This is just the kind of opportunity that enabled me to make a start in sheep farming when I was your age!

Something that you do have to be aware of from the outset is that the types of breeds most suitable (and possibly the management restrictions you’ll be working under) may not be conducive to making much profit from your venture. One thing that you will gain, however, is a wealth of experience that’ll stand you in good stead for the future.

A breed that has gained an excellent reputation for use in conservation grazing projects is the Hebridean. I’ve kept them myself and they’re great fun, although challenging. They’re members of the Northern Short-Tailed group of breeds, and a similar type was once found throughout the north-western fringes of Europe.

Despite their small size, Hebridean ewes have a relatively wide pelvis, so give birth easily even when crossed to a much larger ram. I used a Southdown ram on mine, with excellent results, and would suggest that you do likewise, although you’ll need to put some of the ewes to a Heb ram in order to produce your next generation of breeding stock.

The Hebridean is a small and thrifty breed with a dark coloured (black or dark brown) weatherproof fleece. The face and legs are also black, and horns (two, four or occasionally six) are usually present in both sexes. The tail is naturally short, so no docking required for purebred lambs.