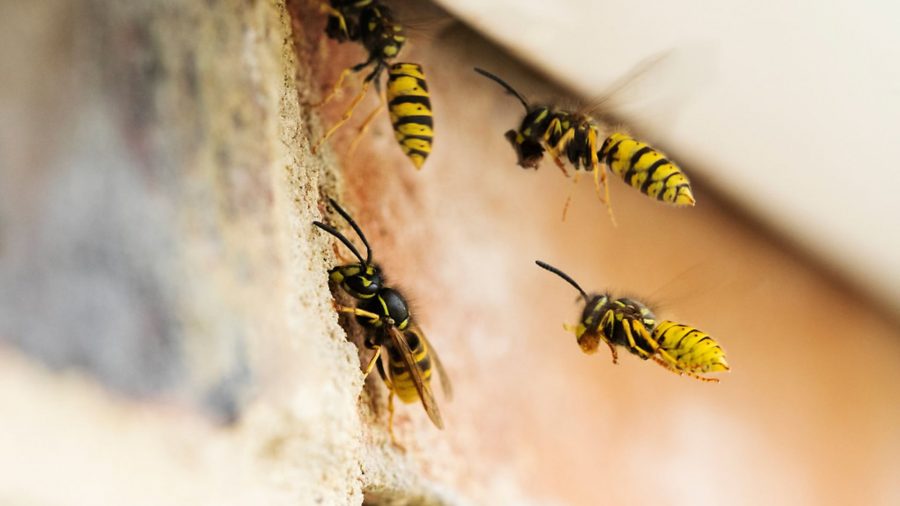 National body warns farmers of the dangers of wasp stings

Wasps can be an occupational hazard for farmers – and it’s important they understand the dangers the stinging insects can pose, a national trade body has warned.

Wasp activity can become a nuisance and even pose a health and safety risk during the late summer months when a wasp colony is at its peak, say experts at British Pest Control Association (BPCA).

But as accidental pollinators and natural pest controllers, wasps can also have a useful role to play.

BPCA is encouraging farmers to be aware of the dangers posed by wasps, to understand which products they can safely use and when they need to call in a pest professional.

Where do wasps nest?

Wasp nests in low traffic areas may be best left alone as, while they are generally considered a pest, wasps are accidental pollinators and pest controllers that feed their grubs on caterpillars and other insects.

They will often nest in wall cavities and attics, but will also be found in outbuildings such as sheds and garages. Different species will nest in the ground, in trees or in masonry.

Dee Ward-Thompson is Head of Technical at BPCA. She said: “Starting off around the size of a golf ball in early spring, a wasp nest will be home to a solitary queen and a few workers.

“But as the colony grows, hundreds of wasps build the nest, which can expand to the size of a beach ball to accommodate them all.

“Each one is a unique piece of architecture that is home to around 5,000 wasps during the peak activity of late summer.

“When threatened, wasps can emit a pheromone that acts as a distress call to others in the nest, so if you scare a wasp, it might call for backup – and while being stung by one wasp isn’t usually dangerous, multiple stings could kill you.”

How dangerous are wasp stings?

Most stings cause pain, redness and swelling but a small percentage can cause anaphylaxis – an allergic reaction that can be fatal.

Dr Andrew Whyte, a Consultant Allergist and Immunologist at Derriford Hospital, Plymouth, advises getting as much information as possible about the insect if you are stung, as the venom produced will vary between species.

He said: “In adults, insect stings cause up to a quarter of cases of anaphylaxis, making it a very important public health issue particularly in those occupationally exposed to stings.

“The symptoms can occur very quickly (within minutes), and rarely longer than 30-45 minutes after the sting. Some of the symptoms include swelling of the tongue, swelling or tightening of the throat, difficult breathing, abdominal pain, vomiting, dizziness and loss of consciousness.

“Stings are not preventable, but farmers can minimise the risk by avoiding brightly coloured clothing, strongly scented materials, covering exposed skin and not eating or drinking outdoors – particularly from cans or opaque containers.

“If they have been given adrenaline pens they should carry these with them at all times, and if they have anaphylaxis they should be assessed in a specialist allergy clinic.”

People of any age can be stung and potentially have anaphylaxis.

When to deal with wasp nests

BPCA recommends removing nests in early spring while there are just a few wasps inside, or late autumn, after they have been abandoned.

An established nest that is becoming a nuisance in summer should be dealt with by a professional pest controller and farmers who may be allergic to the venom should never attempt to tackle a wasps’ nest.

Dee added: “Using DIY products such as sprays on a small nest in spring can nip potential wasp problems in the bud, but are unlikely to be effective against larger, established nests.

“You’ll see all sorts of DIY nest removal guides online. They’re all very dangerous and not recommended by BPCA.

“The label warnings and instructions can alter on insecticides and other products, so it is essential farmers check the latest information and advice before using any product – even one they have used before.

“We always advise seeking help from a professional pest controller when dealing with nuisance wasp nests.

“Treating a wasp nest can be very dangerous. Wasps inside the nest will feel threatened and often become aggressive.

“A professional pest controller has the technical knowledge and access to a range of professional use insecticides which are not available to the public.

“They’ll also have the appropriate protective equipment to avoid getting a nasty sting.”

Find a pest controller in your area at bpca.org.uk/find