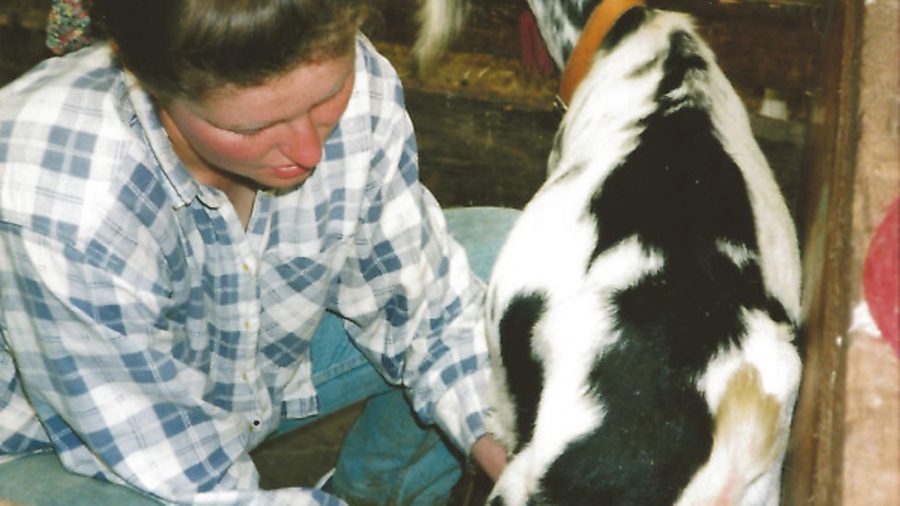 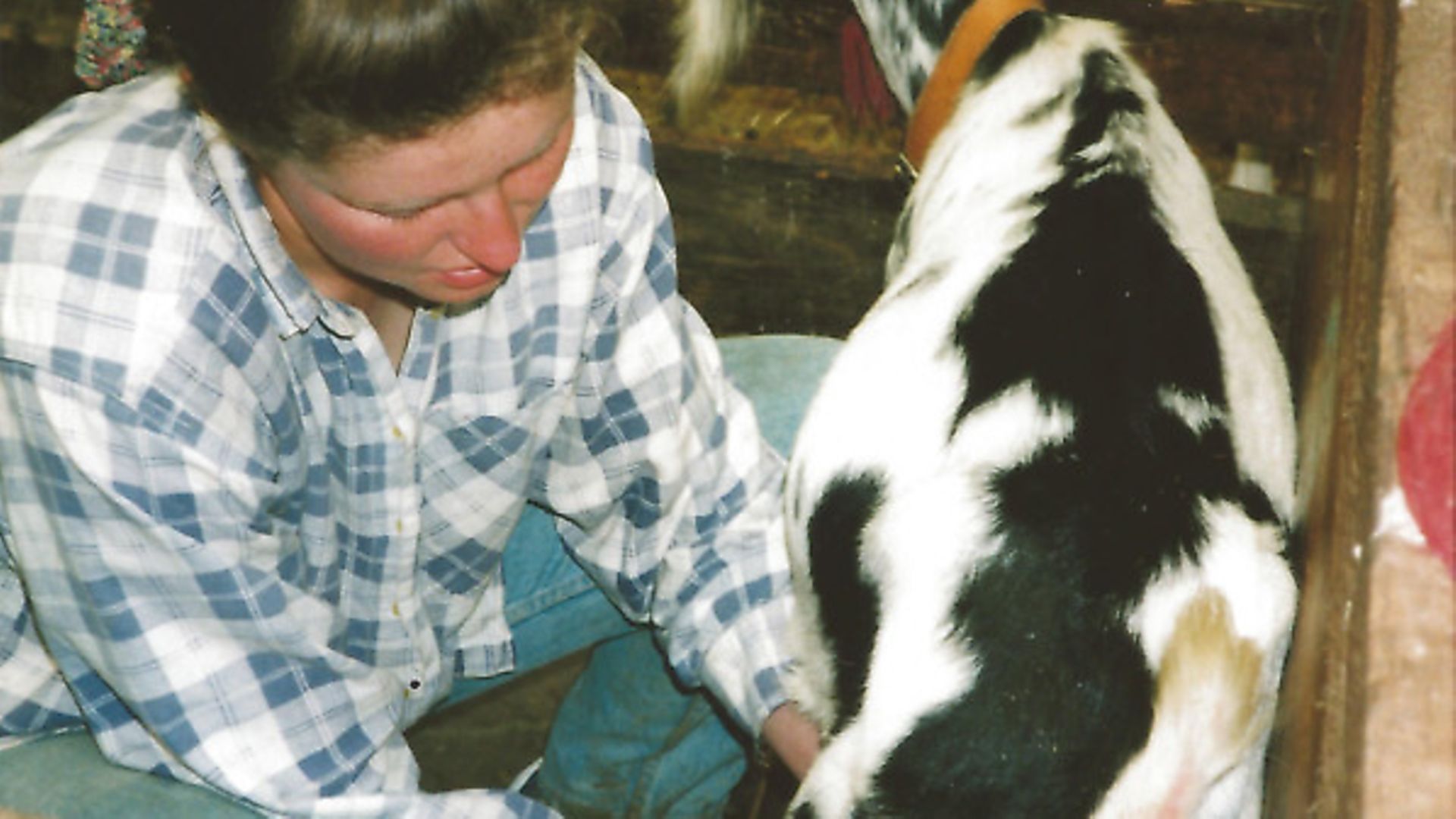 When my family made its first tentative moves into the world of self-sufficiency (in the late 1970s / early 80s) home dairy production was the norm amongst smallholders. Indeed, even for non-smallholders, it was fairly common to keep a few milking goats in a shed at the bottom of the garden, and you’d often see goats tethered on roadside verges (or even on the village playing field), and spot their owners out foraging with a pair of secateurs, gathering leafy branches to eke out the ration of purchased hay and concentrates.

Goats were the first livestock to arrive on my parents’ smallholding – a pedigree Golden Guernsey nanny (Aldercarr Gherkin… we just called her Gertie!) and her goatling daughter, and goats remained the principal source of dairy products for the family for more than 20 years. Dot and I continued to keep goats when we moved to Bardsey Island, and it wasn’t until a few years later, when we bought our own small farm, and had to take the financial aspects of self-sufficiency a little more seriously, that we changed over to cows.

However, times have changed since those happy-go-lucky days of the late 1970s, and for most newcomers to the smallholding way of life, home dairying seems to fall way down on the list of priorities, which I think is a shame. I’m sure there are many factors coming into play here, not least the fact that keeping livestock for milk production represents a considerable tie – twice daily, come rain or shine – and it can be very difficult to get someone to cover for you if you ever need to be away from home. It’s also much more complicated now to generate any revenue from small-scale dairy production – you can’t simply hang a ‘Goats’ Milk for Sale’ sign on the farm gate, as my mother did – which means it’s harder to justify financially. Of course, it is possible to produce milk (and other products such as cheese) for sale on a small scale, but this would mean investing in proper dairy facilities and jumping through all sorts of hoops held out by the Food Standards Agency, Environmental Health and so on, which lies outside the scope of this article. Personally, I’d like to see far more smallholders producing their own milk for domestic consumption, and making ice cream, yoghurt and cheese on a small scale, so hopefully this short series will inspire you to have a go!

So, is it to be cows, goats, or even sheep? There are pros and cons for all three. Cows are currently the most popular dairy animals in the UK from a commercial perspective, whereas on a world scale there are far more sheep used for milk production. Sheep dairying in the UK experienced a spike in interest during the 1980s, although now it’s largely in the hands of just a few fairly big flockowners. Goats are usually considered to be the ideal smallholders’ animal, despite the fact that the late John Seymour (from whom most self-supporters have drawn their early inspiration) was a staunch advocate of the cow, famously remarking that he liked goats one way only, and that was in curry! 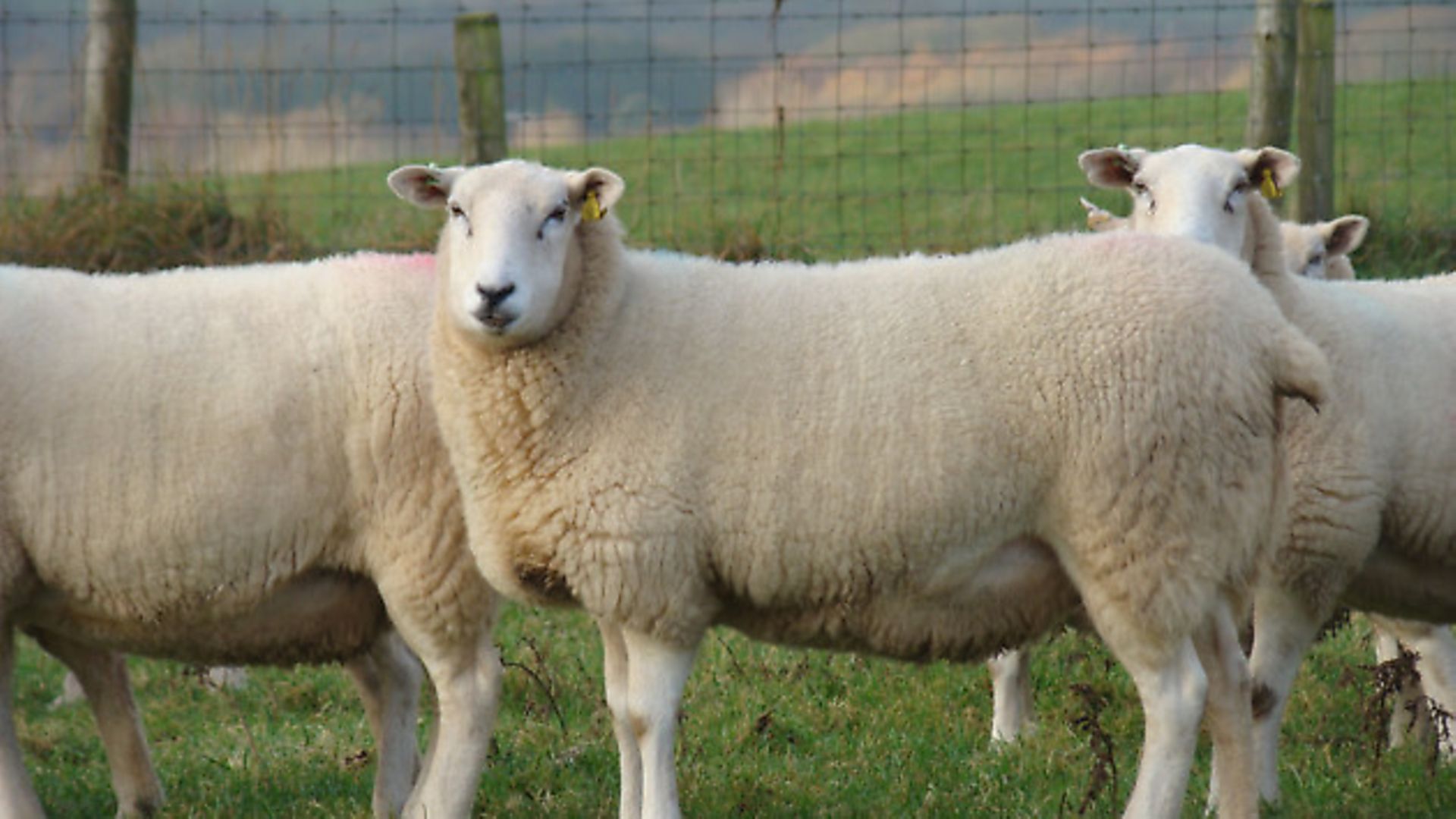 Produces a valuable calf every year.

High yielding – enough milk for you and the calf, and possibly additional calves and pigs as well.

Generally docile and easy to handle.

Can be retained by simple fencing.

Large size may be daunting to beginners.

Milk suitable for people who suffer from allergies.

Can be ‘milked through’ two seasons after kidding.

Goat kids are small enough to be slaughtered and butchered at home.

Make good use of poor quality land and scrub.

Surplus goat kids have very little value, so difficult to cover production costs (although direct marketing of meat may provide some opportunities).

Kids need to be artificially reared on milk replacer.

Purchased feeds for goats tend to be expensive.

Can be difficult to source a male when required.

Very few veterinary products licensed for use in milking goats.

Milk suitable for people who suffer from allergies.

Revenue can be generated by lamb sales.

Make efficient use of pasture.

Can be difficult to source suitable animals.

Lambs may need to be artificially reared on milk replacer, depending on management system.

Virtually no veterinary products licensed for use in milking sheep.

On balance, I would have to say that the sheep is probably the ideal milking animal for the self-supporter with access to grazing land. However, in situations where it’s desirable to generate some profit from smallholding activities, then it would have to be the cow, simply by virtue of the value of her calf. Where access to land is limited, then goats provide the ideal solution. Of course, things aren’t really as clear-cut as that, but it’s a good starting point.