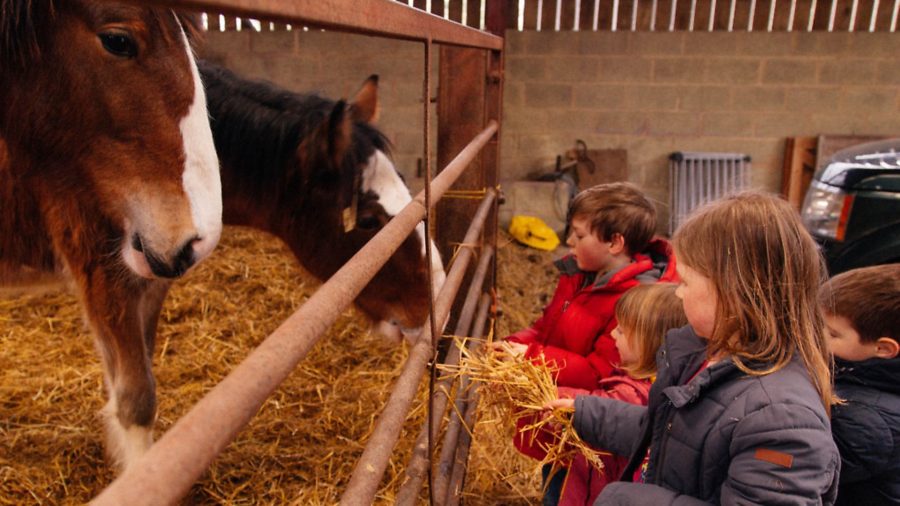 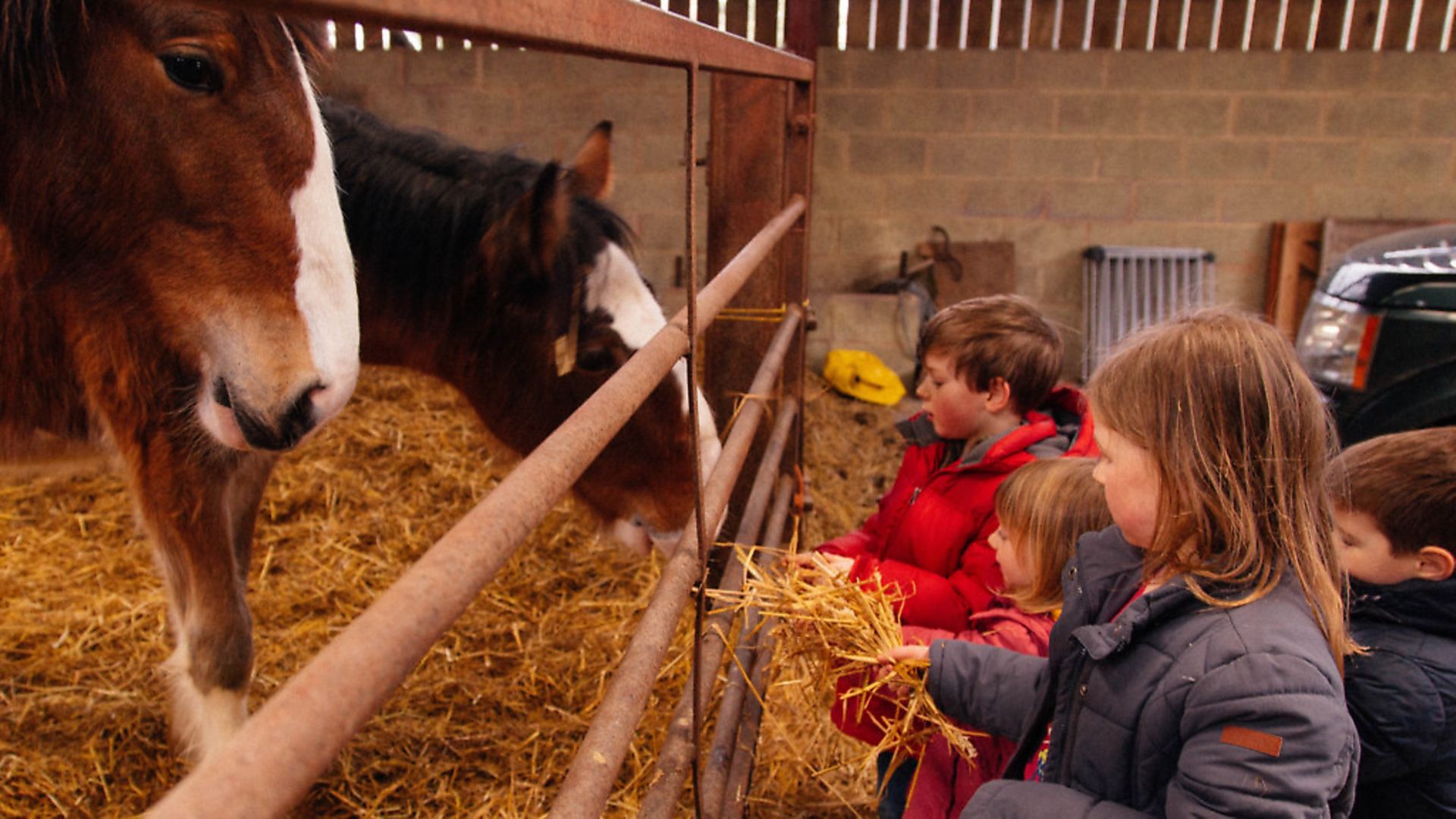 At last! We’re getting back into the normal routine of daily life after the summer holiday break and lots of ‘typical’ wet weather camping. This autumn, however, is different to most (for us at least), as my eldest daughter Maddie starts taking the bus each day for her first taste of senior school, making for a quieter school run with Connor for his last years in the juniors. 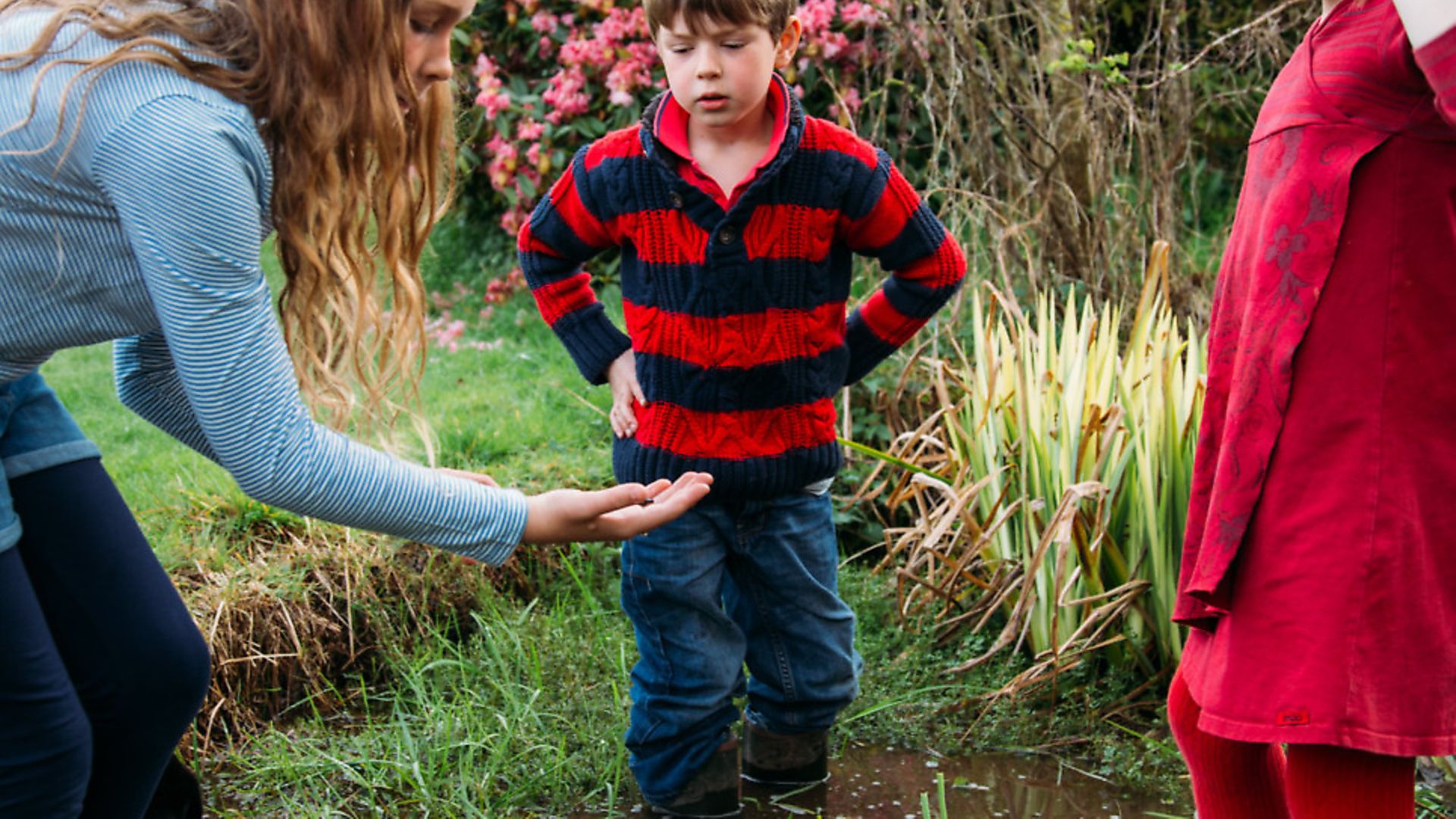 Unable to fathom where the years have gone, I find myself reflecting on their childhood and the impact on them of the decision to buy and run a smallholding when they were both very small. 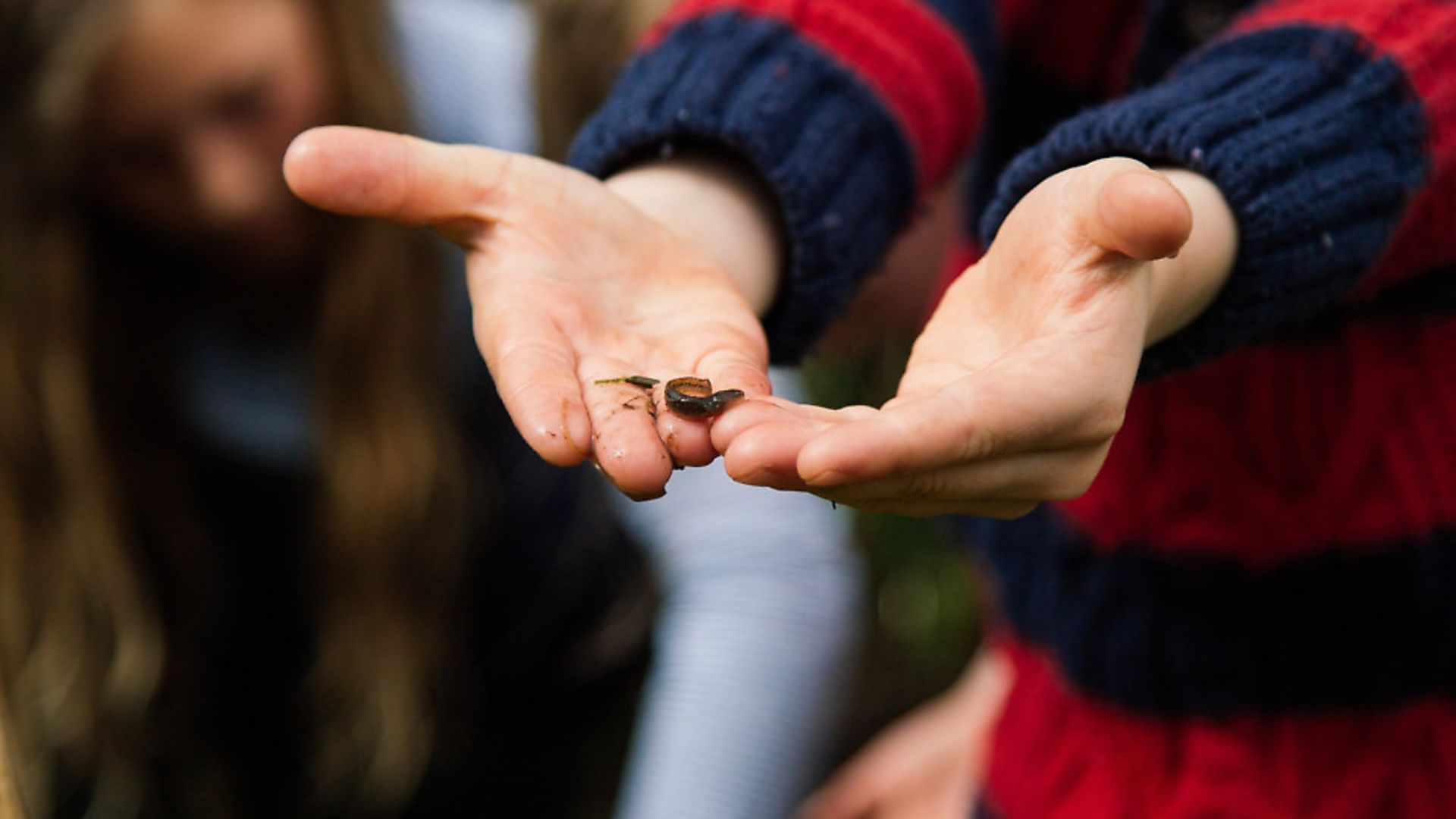 It’s been more than 12 years now since I gave up life in the fast lane, literally. I was driving more than 60,000 miles a year, talking constantly on a car speaker phone surrounded by all the latest technology of the time, eating whatever the next garage had to offer and working from 5am to 9pm if I wasn’t away overnight. It’s hardly surprising that in quieter moments thoughts would drift off to an imaginary life where the phone didn’t constantly ring, ping or vibrate. 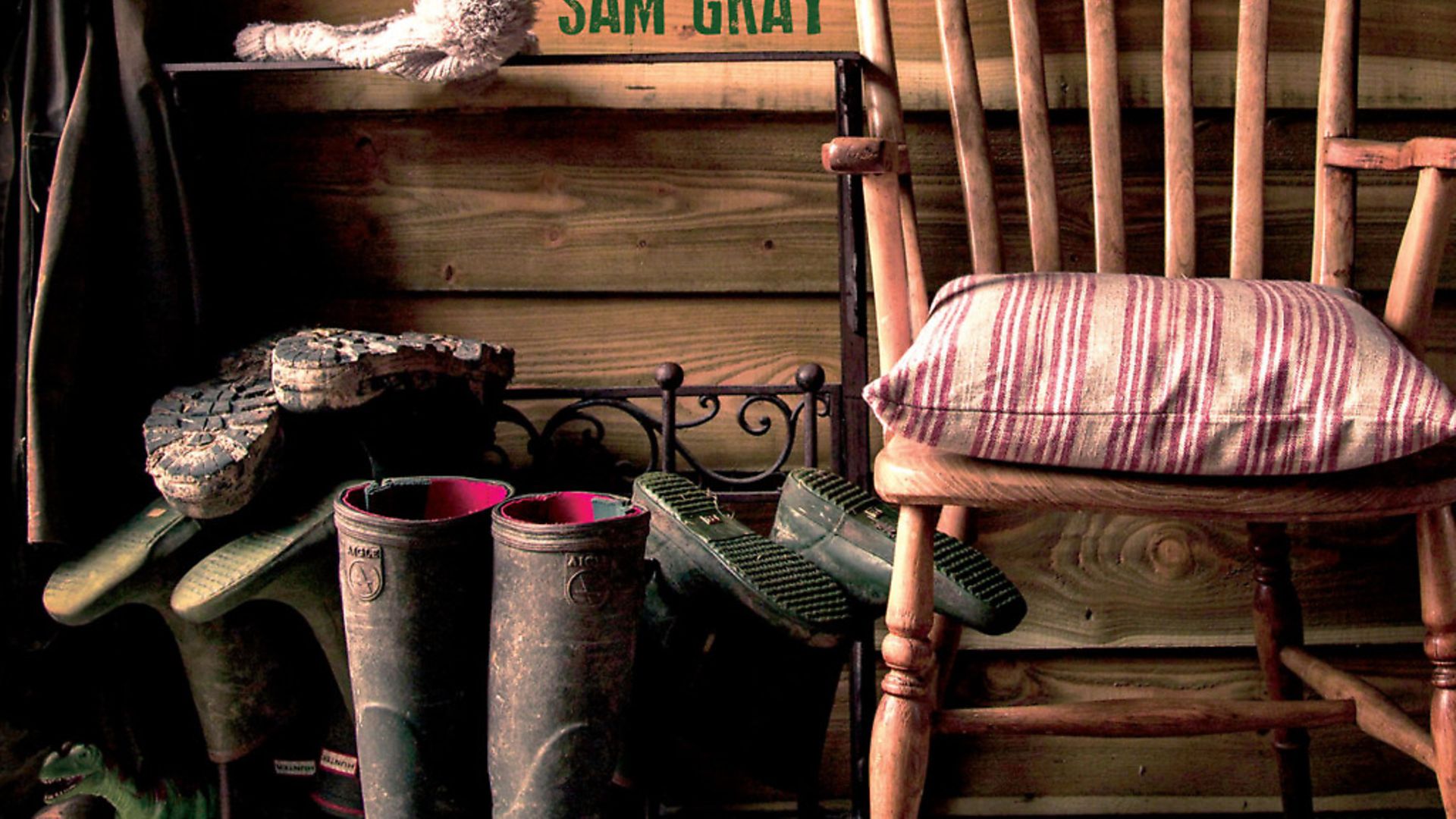 When I found out that Maddie was due, I had no hesitation handing my notice in for good, and when the opportunity arose to grow a small farm there was no hesitation in taking that either.

From day one, I have felt a strong sense of custodianship rather than ownership of Middle Farm. The deeds may be in my name, but actually all that really means is that it is my responsibility to look after this land and everything that’s on it for the time that I am alive and fit enough to do so. It has been a space for learning, sharing and most importantly growing things for over 600 years and the present day is no exception; pigs, sheep, chickens, vegetables, guests, and of course, children – both those visiting and my own.

In a world obsessed with health and safety I have (as a parent) oscillated between fear and wonder as my two learn and grow with all the dangers and freedom that comes with this environment.

On moving here, clearing up broken glass, tractor tyres, rusty corrugated sheets and huge numbers of chemical drums was just the beginning. Filling in the old sheep dip came next as well as fencing off the ‘deep enough to drown in’ ponds before I could even think about letting two toddlers play in the garden while I cooked tea.

In the years since, they’ve grown with the freedom to make copious fires in the garden, collect daily eggs, name their favourite chickens, play in acres of ground, learn to ride all wheeled vehicles without going anywhere near a road and, most importantly, understand that these are freedoms not shared by all children. The decision to leave mainstream employment and take a risk on the unknown and self-sufficient income has, without a doubt, had a direct influence on what they’ve learned to date.

Thankfully, avoiding too many ‘falling in the pond’ sessions, they’ve been able to study every living creature in it, from caddisfly larvae and ‘water boatmen’ to dragonfly larvae and greater crested newts. They have been privileged enough to watch turkeys grow up, be taken away to be killed, (not the actual killing) plucked, gutted and prepared for the Christmas table. And they’ve eaten the meat knowing exactly where it came from. Connor even leaned over it, kissed it and thanked it for its life! (He was only three at the time).

Having breeding British Lop sows and a huge boar on site offers a few life lessons for all children, not just my own. As is often said in farming ‘Where there is livestock there’ll be deadstock’ so, from an early age, the cotton wool that often surrounds young children is removed as nature demonstrates its trials and tribulations in a way that only nature can. Similarly, with the Soay sheep, although they were a more recent addition to the farm three years ago, children can watch and learn of births and losses while also becoming skilled in blocking up holes in fencing and occasionally cleaning out stock trailers!

I have reminded my two on many occasions that it was the Victorians that first introduced the idea of a long summer holiday, making sure schools broke up in time to coincide with fruit and veg picking and harvesting the land. Children would be allowed to work and help their families. Delighted with the prospect of some help this summer (if you can call it summer), it was me that had to be reminded that ‘help’ equals ‘opportunity to earn pocket money’! They’re not silly. Definitely at an age where there is plenty enough for them to do to earn it, I’ve started to make my list of ‘pocket money opportunities’. Setting up festival stands and labelling hundreds of pork sausage packs, joints and cuts turned out to be much more fun (and rewarding) than they expected.

It is true that raising children in this environment may not prepare them for street life in the same way as their town or city friends. In fact, I have no doubt that, like many kids growing up in the countryside, they’ll be bursting to drive and get out as soon as possible in order to experience all that is ‘not’ countryside. In the meantime, however, I enjoy the snapshots of the influences of rural life as we enter the early teenage years. The most grounding of these, and possibly the most telling, was watching the girls play games and team up in colours based on what tractor type their folks have on the farm! The green team being John Deere supporters, blue was New Holland, yellow JCB and no guesses for Maddie’s team colour, with our 35-year-old Massey Ferguson in the sheds!

There is no sum of money that would ever tempt me back to a life working in the fast lane again, but as the children grow and move on to the next stages in their lives, I have to remember that this way of life was my choice and won’t necessarily be theirs. Helping mum shovel pig muck or weeding vegetable patches may well be the last option on their list of ‘raising pocket money’ ideas, especially with offers of glass collecting and waitressing from the local pub!

My taxiing years may be just beginning until the driving lessons take over and the pinging noises of even more social media in the house are already an indication of teenage chat. However, whatever direction they choose from here, I am grateful that they’ve had the opportunity to spend their early years experiencing the space and freedom that they have. It may be a long way off before they find their wings and fly off to experience life on their own terms, but I know that they already understand that mainstream work doesn’t suit all, and that there are other options. Hopefully they’ll have more than enough fond childhood memories of growing up on a smallholding to always want to come back and help muck out the pigs.

Read, Doing it in Wellies, Sam Gray’s account of her smallholding journey. Not a guide. Not a how-to book. This is a story written by a real-life role model. Price: £10; available from www.middlefarmpress.com