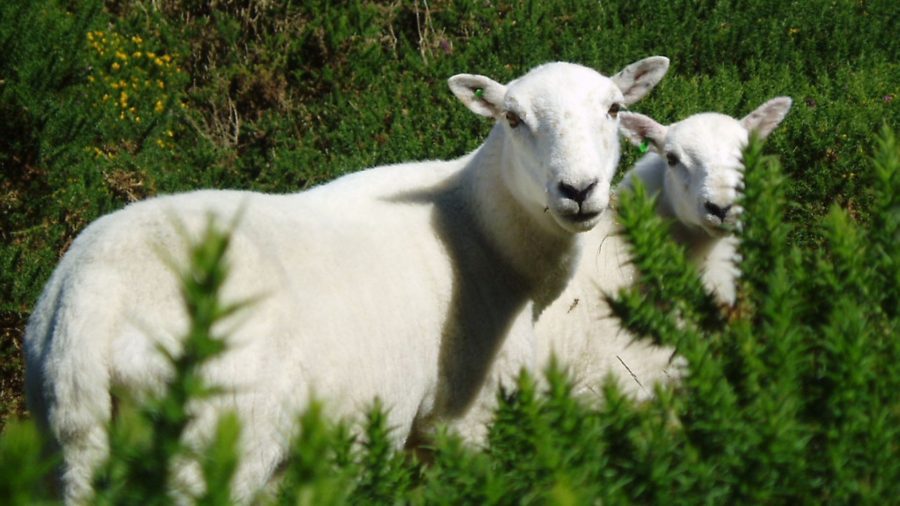 Autumn is the time for the selection of replacement breeding stock. Tim Tyne offers advice on picking out the cream of your new crop of lambs, or looking at alternatives to rejuvenate the flock 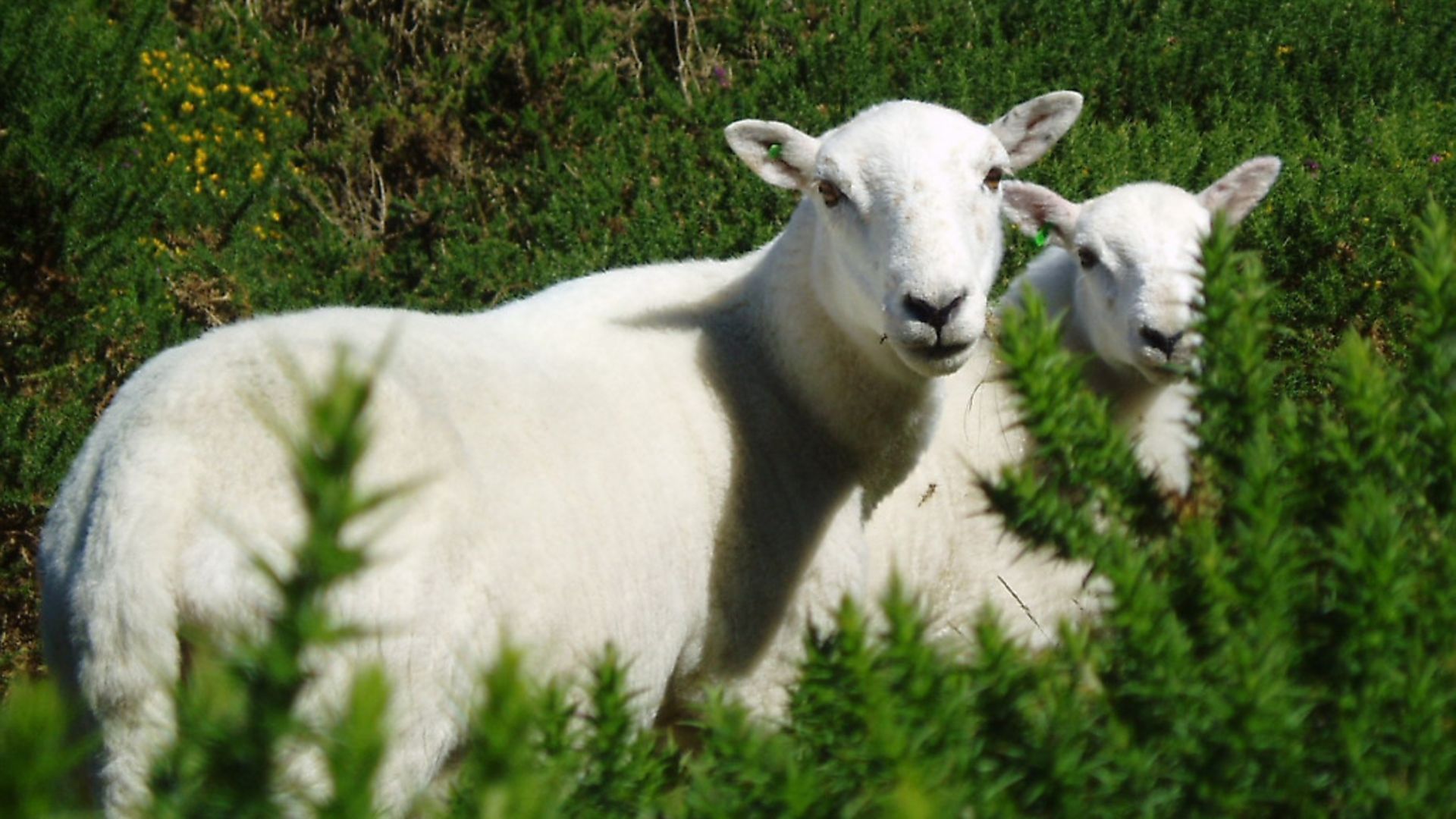 As we move into the autumn and the commencement of another shepherding year, it is time to give some consideration to the selection of breeding stock. Even in a small flock, a few additional breeding ewes may be required each year to replace those old girls who have passed their ‘best before’ date. Alternatively, you might have a management system in which older draft ewes are sold on to other breeders while they still have a few years of productivity ahead of them, in which case you will be replacing a whole age sector of the flock each autumn. Or it might simply be that you want to increase the size of your flock by introducing additional breeding stock over and above the number that actually needs to be replaced in any given year.

On the face of it, it might seem that the best thing to do is simply to retain some of your home-bred female lambs as flock replacements. However, this isn’t always the most practical option, nor is it necessarily the cheapest. For example, many flocks are made up of specific types of crossbred ewe, so if you wanted to breed your own replacements you would also need to keep another flock specifically for that purpose. On a commercial scale this does occur — perhaps where an agricultural business owns both a lowland farm and an upland unit — but on a small scale the complexity of caring for multiple flocks of different breeds, each with different management requirements, means that the game simply isn’t worth the candle. If crossbred ewes of a recognised type are your thing then you either buy in what you require, or you produce crossbred ewes for sale to other flock owners. 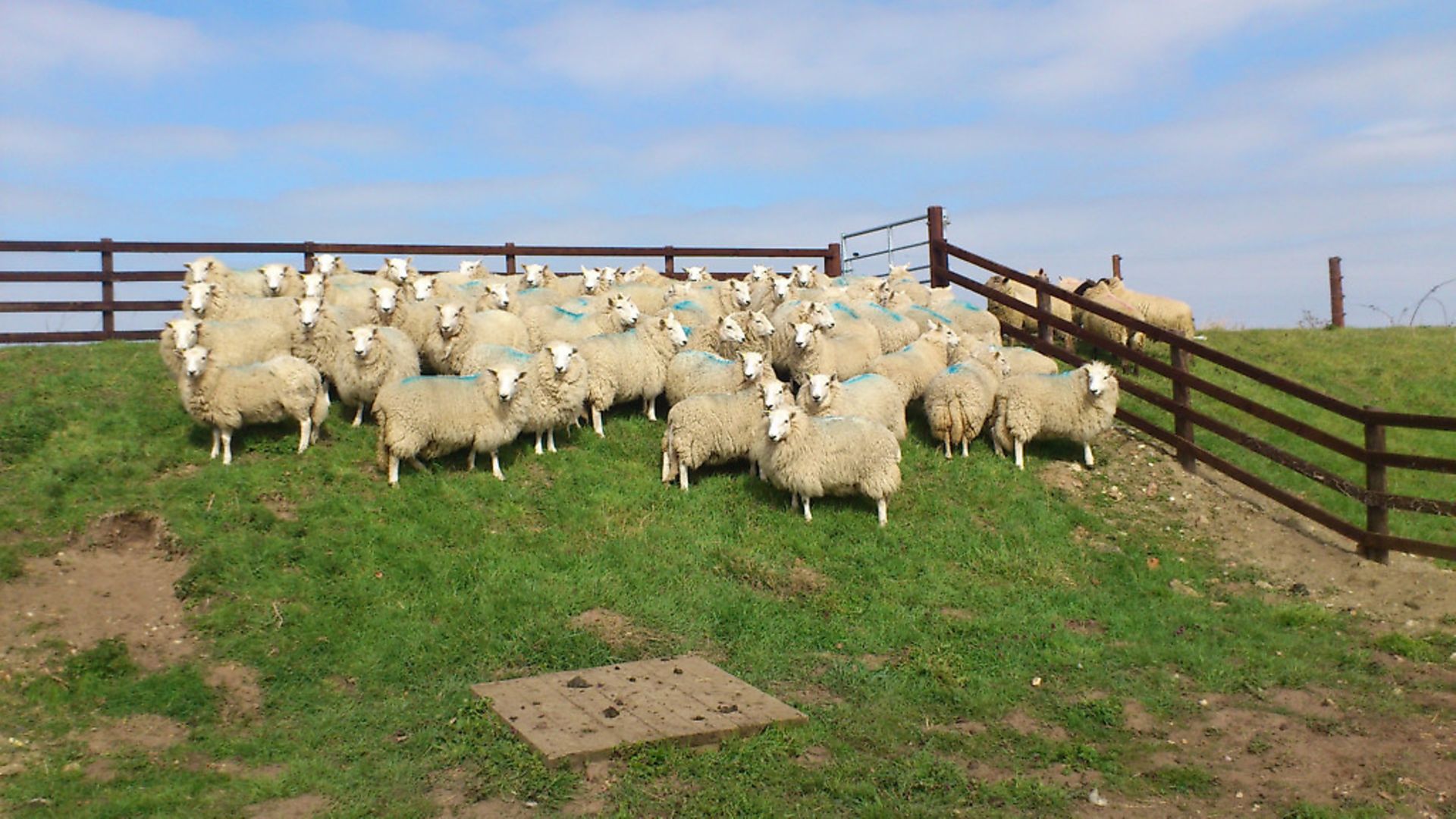 The majority of the recognised crossbred ewes used in sheep production systems in the UK are bred in hill flocks by using a ‘crossing sire’.

Of course you could simply mix and match different breeds of your own choosing and the results can be quite interesting. In particular, smallholders who want to produce coloured fleeces for craft purposes often do this to achieve a variety of natural shades of yarn. However, do be aware that in doing so you will be restricting your options for marketing live animals.

Terminal sires are the rams used on either cross- or pure-bred ewes to produce the best quality prime lambs for slaughter (ie, the terminal generation). These breeds can easily be recognised by their chunky build. Until relatively recently the traditional Suffolk breed was the most popular terminal sire, but it has now been displaced from the top spot by Continental breeds, such as the Texel and Charollais.

The Charollais should be of particular interest to smallholders as its easy lambing characteristics make it suitable for use on native and rare breeds. However, some might prefer to use a smaller traditional British meat breed of ram, such as a Southdown, on these types of ewe. Many years ago I used a Southdown ram on Hebridean ewes which was very successful.

Terminal sire rams are much in demand by commercial sheep farmers every autumn, so for a smallholder wishing to keep a pedigree flock with a view to selling breeding stock, it is well worth considering these breeds. Even the occasional ram that would be unsuitable for pedigree shows or sales (perhaps because he’s missing some of the finer breed points, or has a minor fault, such as a few black hairs where there should be white) will still sell well for use in a commercial flock, provided that his conformation is good.

On a small scale, the deciding factor as to whether you decide to keep any home-bred lambs as replacements will largely depend on the amount of grazing available to you.

Although some ewe lambs can be put to the ram in their first year (see tip, below), a significant proportion can’t. Most sheep are first mated when aged about 19 months, and they give birth at two years of age. This means that for quite a long time you have to keep a group of unproductive animals whose management requirements differ from those of your main flock. Unless you have enough separate paddocks to facilitate this, it all starts to get a bit complicated. There is also the consideration that your existing ram is probably the father of those ewe lambs and you may not wish to allow him to mate with his own daughters. A new ram is a considerable investment and it wouldn’t be worth buying another one just to cover a handful of ewe lambs.

Ewe lambs of faster growing, earlier maturing breeds can be put to the ram in their first autumn, provided that they have reached 60% of their expected adult weight. Even so, ewe lambs that have been bred from always seem to appear stunted later in life, so it clearly puts a considerable strain on their immature bodies.

Although, as I have pointed out, it’s not always the most sensible thing to do, it’s inevitable that at some point you will want to retain home-bred replacements. After all, it’s very rewarding to see the next generation of your flock growing on in the knowledge that the breeding decisions you made have achieved their objectives. Selection of ewe lambs is one of the most pleasurable tasks in the shepherding year, so set aside a whole day for it if necessary as you will be wasting plenty of time just standing around admiring them. Once you have put a nice group together you will — justifiably — feel very proud of them.

If you have kept detailed records of the breeding and performance of your flock (which you should have done) then now is the time to refer to your notes.

When I’m selecting my ewe lambs I begin by pulling out the few very best and putting them to one side. These are my potential show winners for next year and I will have had my eye on them for a while. Next I take out all of the really poor ones. Hopefully there won’t be many of these, but there are always a few who haven’t done so well or who have some problem, such as an undershot jaw or wonky legs. These are the ones that usually end up going in my own freezer. Having taken out the best and the worst this should leave the remainder of the group looking fairly uniform, so now I have to start going through them with more care, using my records to aid my decisions.

It is customary for the ewe lambs from hill farms to be sent away to lowland pastures for their first winter in order that they can grow on without having to struggle through the worst of the upland weather. This is known as ‘tack’. Usually it’s dairy farms that take in tack lambs for the winter as, once the cows are housed, the lambs make a good job of tidying up the grazing paddocks. The tack period usually runs from the end of October until the end of March and the owner of the lambs pays for their keep on a per head basis.

Smallholders in very exposed upland regions might consider housing their ewe lambs for their first winter rather than sending them away on tack.

Some farms and smallholdings have grazing rights on unfenced mountain or common land. If you’re in this position then you will have to retain your own ewe lambs as flock replacements as they will need to have been born on the place in order to have acquired the hereditary instinct that keeps them hefted to the area.

The ewe lambs that you keep must be at least as good as, and preferably better than, the best ewes in your flock, otherwise you will see your breeding programme sliding backwards. If you haven’t got enough good ones to make up the number that you require then consider keeping on a few of the best older ewes for an extra year rather than retaining substandard lambs, or maybe buy in some flock replacements to introduce new genetics.

Only retain the number that you actually need. Apart from anything else, you will do a better job of looking after a smaller group. Keeping a few extras ‘just in case’ is false economy. Having said that, it might be part of your plan to sell shearling ewes next autumn, in which case you will need to keep not only what you need for your own flock but what you need to sell. However, this is really only an option for larger smallholdings (if that’s not too much of a contradiction in terms) due to grazing pressures.

Have a look in your flock records to identify which lambs were twins and which were singles. If you simply pick out the best looking ones they will almost inevitably be singles, but prolificacy is hereditary so if you want to maintain or increase the productivity of your flock you should be selecting twin born lambs as replacements. (Conversely, if your grazing land is of poor quality or in a very exposed location you might want to avoid having too many twins as the ewes may struggle to rear them. In this case, select single born ewe lambs as flock replacements.)

If you performance record your flock, use Estimated Breeding Values (EBVs) to select for criteria that are not visible to the eye, such as growth rates, muscle depth and maternal ability. (See Country Smallholding, April 2019, for more information on performance recording.)

Reject anything with poor conformation or a poor mouth. Although it’s difficult to gauge from a lamb’s dentition what its teeth may be like in adulthood, some tooth related faults — such as cud spilling — will be obvious.

Fleeces should be tight and weatherproof. Reject lambs with open, dry-looking coats. Consider fleece quality and characteristics in finer detail if wool production is one of your aims, or if your chosen breed has a specific fleece character that you want to adhere to.

Breed points. I have placed this at the bottom of the list because, in my opinion, it is of the least importance. For example, a poor animal should not be kept just because it happens to have the perfect facial markings stipulated by the breed society, nor should a perfectly good animal be rejected because someone says that its ears are a little bit too big! The lambs you select must be physically correct in all respects and have the right breeding criteria (EBVs, etc) before you even start to think about the finer points of the breed. Only if you decide to register pedigree stock with the relevant breed society, and show or sell at affiliated events, do these finer points then become significant.