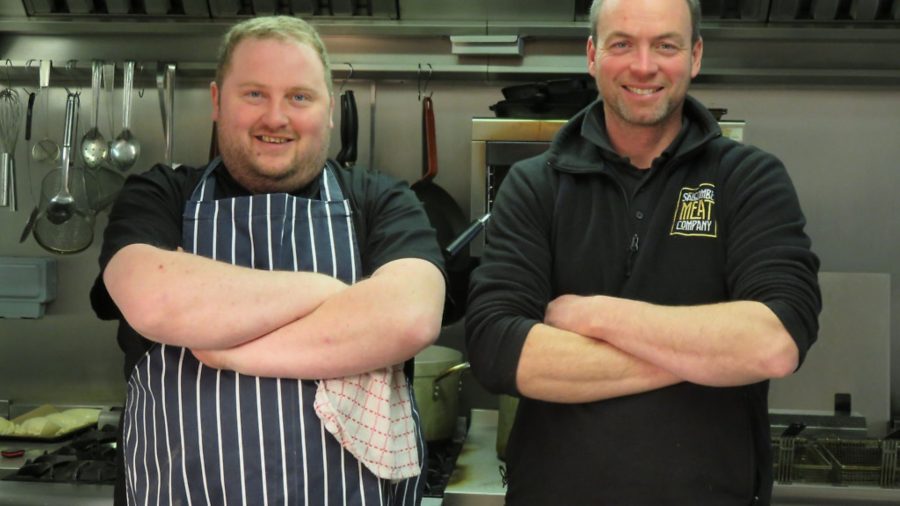 Alex and Lauren Brazier are the talk of the town when it comes to supplying top quality meat to hotels and restaurants. Debbie Kingsley meets the Salcombe-based smallholders 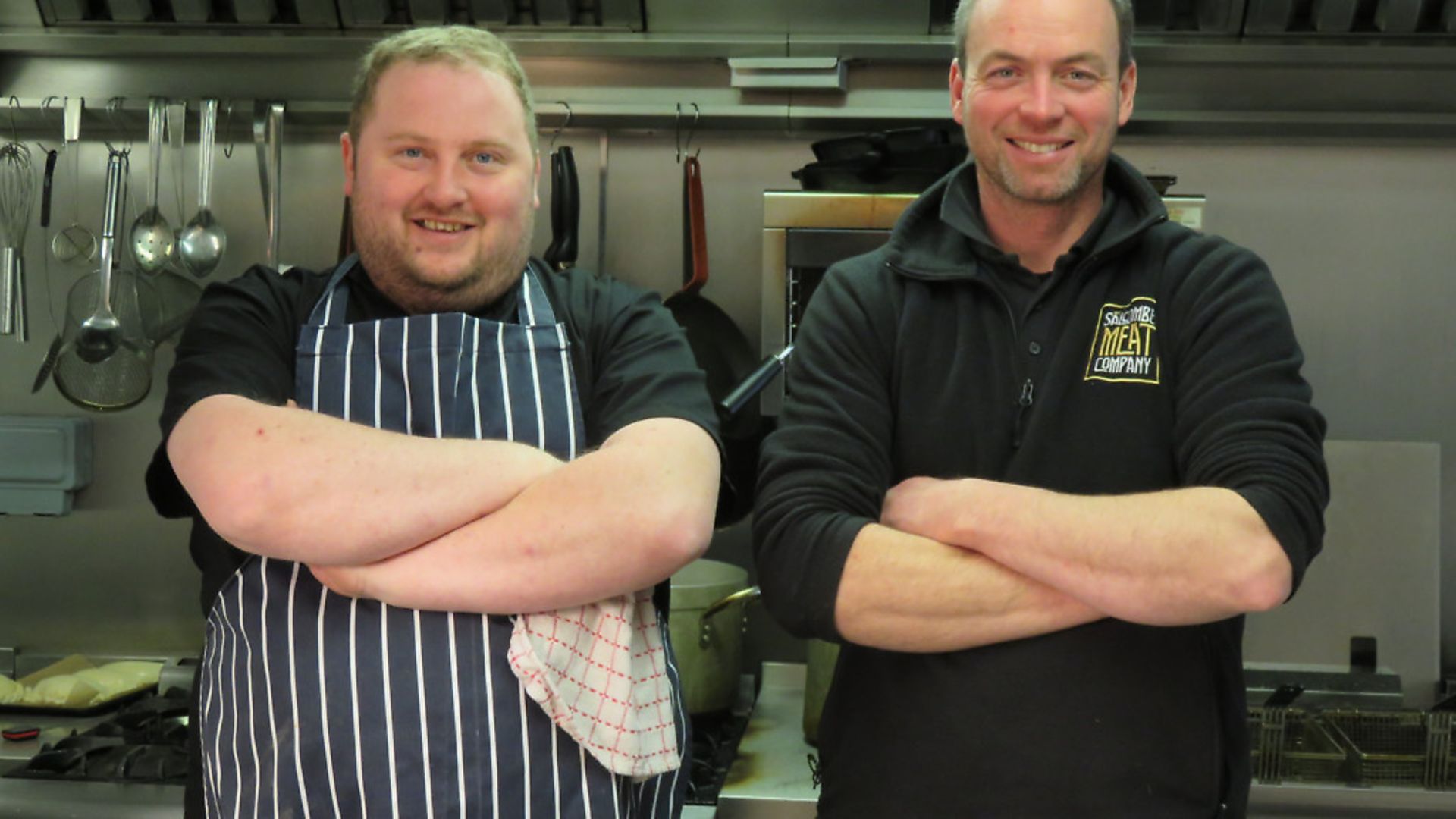 Alex Brazier is a rare smallholder. He is one of the few who has taken his butchery skills beyond carving up a carcass for his own freezer to supplying hotels and restaurants with demanding standards and particular requests — for tomahawk or T-bone steaks of a certain width, for example. His motto, written up on the white board in the butchery of his Salcombe Meat Company in South Devon is ‘Stop whining and get on with it’ and it is easy to see that he follows this mantra to the letter.

Today, in a nearby pub, the Bear & Blacksmith in Chillington, run by chefs Malcolm Church and Claire Mundy, Alex is taking a rare break and is tucking into Dexter beef pasties and honey and mustard sausage rolls as a quick appetizer, followed by an unctuous dish of Dexter shin braised in red wine, served with horseradish mash and local root vegetables. Who wouldn’t want this establishment as their local? 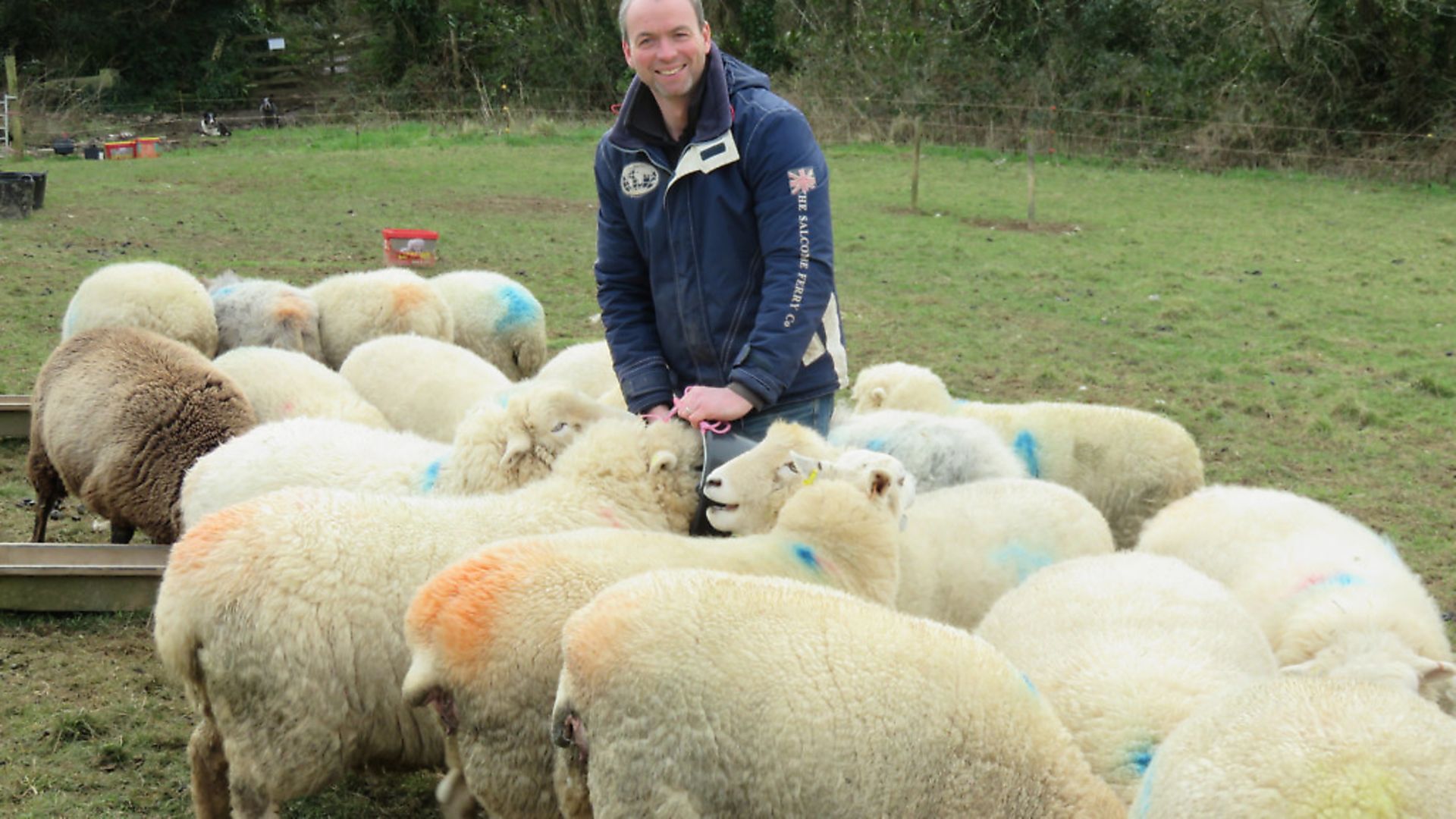 The beef is, of course, Alex’s. Malcolm and Claire refuse to source meat from anyone other than him, and you can trace a link between them a long way into the past — from working on lifeboats years ago. Previously, when meat was in slightly short supply, Malcolm and Claire would look elsewhere, but their customers said they could taste the difference, and so Alex is now their one and only meat supplier.

Alex has a passion for choosing native breeds, rearing them slowly and letting them mature properly before they enter his butchery and go on to find favour with local chefs like Malcolm and Claire. 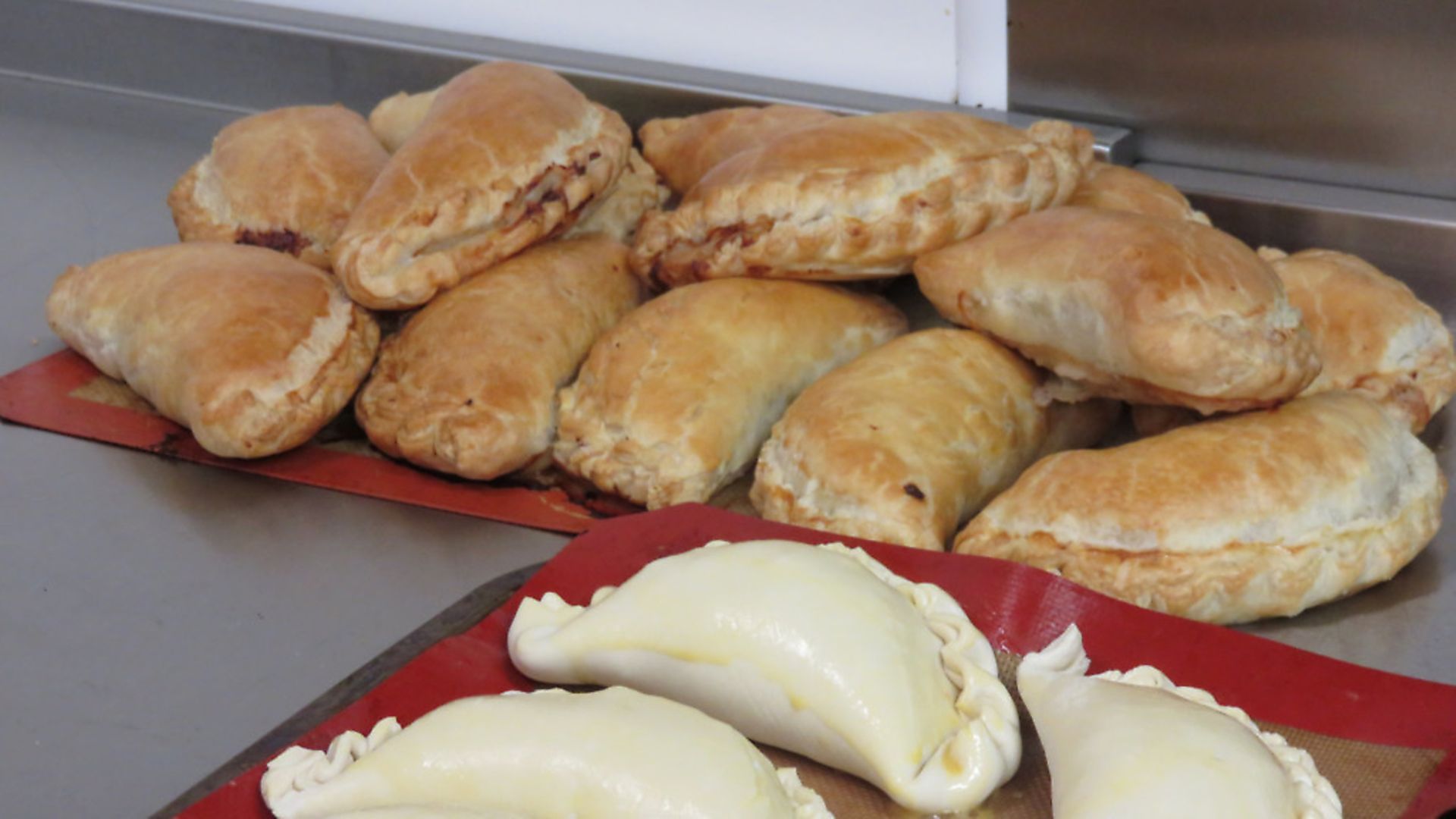 Alex and his wife, Lauren, originally lived on Dartmoor, but with no access to land they moved south to sunny Salcombe.

“I worked in the boatyard and on the lifeboat,” says Alex. “But Lauren and I had been thinking of keeping our own animals for years.” The problem remained the lack of land until a neighbour, who was retiring from farming, made them an offer.

“He said we could put some sheep in his orchard to try things out,” says Alex, who today has the use of 25 acres of orchard and grassland in the grounds of an Elizabethan house, plus an ancient barn for lambing. It is two minutes from the couple’s home.

Four years ago Alex and Lauren bought six friendly Devon Closewool sheep to test the water. They now have 60, plus some Herdwicks added two years ago “just for fun”. They are reared as hogget and mutton.

Because they live so close, the Braziers’ are able to monitor their sheep closely.

“We visit six or more times a day during lambing. Lauren takes a lot of responsibility for the sheep and does the accounts. I work with the sheep, too, and focus on the butchering and the relationship with our farmer suppliers and customers.”

Alex and Lauren always intended to sell their meat, firstly half a lamb here and there to people they knew and then they would buy in a beef carcase from a local farmer and sell an eighth at a time.

“We wanted to sell brilliant meat and people started to get interested,” he says. “Lauren had worked in restaurants and I wanted to learn butchery to progress the business, so I worked in a butcher’s shop for six months to develop my skills.”

When the couple decided to set up their own butchery, they converted part of an old boat shed. It opened at the end of 2016 as Salcombe Meat Company.

“It took four years of planning to set up the butchery. It’s not a cheap process. We had to borrow money to do it. It also has to be done to Environmental Health specifications and there’s a fair bit of paperwork involved.” Alex and Lauren’s meat had soon started to find its way into local hotels and restaurants — those wanting to use top quality produce that is genuinely local, not just sourced from local companies which get their meat from various locations. “Provenance is so important to us. All of our premium quality meat is produced in South Devon by farmers who really care about their animals and ensure that each one has the best possible life and death: animals should be reared outside where they are free to roam all year round and are fed on grass,” says Alex. “Our traditional breeds are slow growing, which results in better marbling and more complex flavours. Animals should live long enough to mature naturally and also be slaughtered in a humane way.”

“We found local farmers who fitted the bill, in particular those raising Dexter cattle and Gloucester Old Spot pigs, all on small farms of around 100 acres, and we take all their carcases. We’re still a small concern, but we need four to six Dexters each month, so at least one a week, plus two pigs and two lambs every week. We’re also looking at starting with poultry, offering free range chicken in partnership with one of our customers.”

After the amazing lunch in The Bear & Blacksmith, Alex takes me to meet his sheep. The Devon Closewools push their noses into our hands. They are thriving. Some look more mop headed than others, but they are all charming and completely unfazed by Alex’s dogs, who they treat as members of their flock.

Alex and Lauren have recently expanded, opening a new butcher’s shop and deli on the outskirts of town where they sell their meat and their own salt beef, hams, pastrami, burgers, sausages and bacon.

“I taught myself how to cure meat from recipe books and I’ve been experimenting,” says Alex. “For the first time, too, we’ll be employing people.

“I want Salcombe Meat Company to be a go to place for quality meat — and we’ll be rearing more of our own produce, as well as continuing to support other local farmers.”

And, as if to illustrate the fact that he lives up to his slogan and never stands still, Alex adds: “And we’re going to take on four or five of our own Oxford Sandy and Black breeding sows next year.”