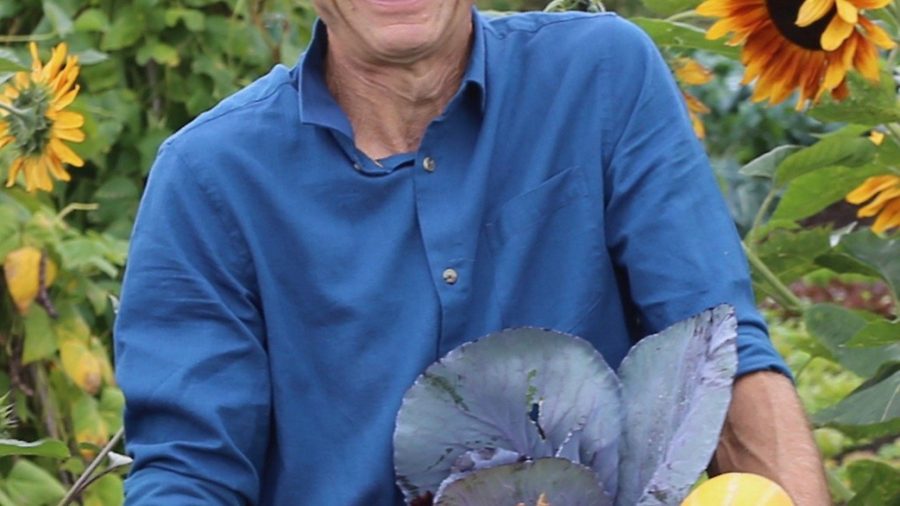 Time is running out for outdoor sowings to crop in autumn/winter, but Charles Dowding has some advice on September plantings, as well as a word of warning on apparent weedkiller poisonings

The arrival of autumn brings a time of reflection as gardeners and smallholders take stock of spring and summer. Every year is so different thanks to ups and downs with the weather. However, in 2019 many vegetable growers have apparently also been affected by weedkiller poisoning.

In July I was visited by a consultant to Corteva Agriscience to assess the damage in a bed at Homeacres from one batch of compost, to which I had added horse manure last summer. Tomatoes, potatoes, peas and beans were showing the classic curling leaves at their growing point and the potato plants looked awful.

From what he said I gleaned two main points:

1. The company is aware that residues from its herbicides may persist for some time and cause damage to sensitive crops.

2. The warnings on these labels are not being read or respected otherwise there would not be so much contaminated manure in circulation. If you ask a contractor to spray grass for weeds, he may well use a product with aminopyralid and you won’t know it. 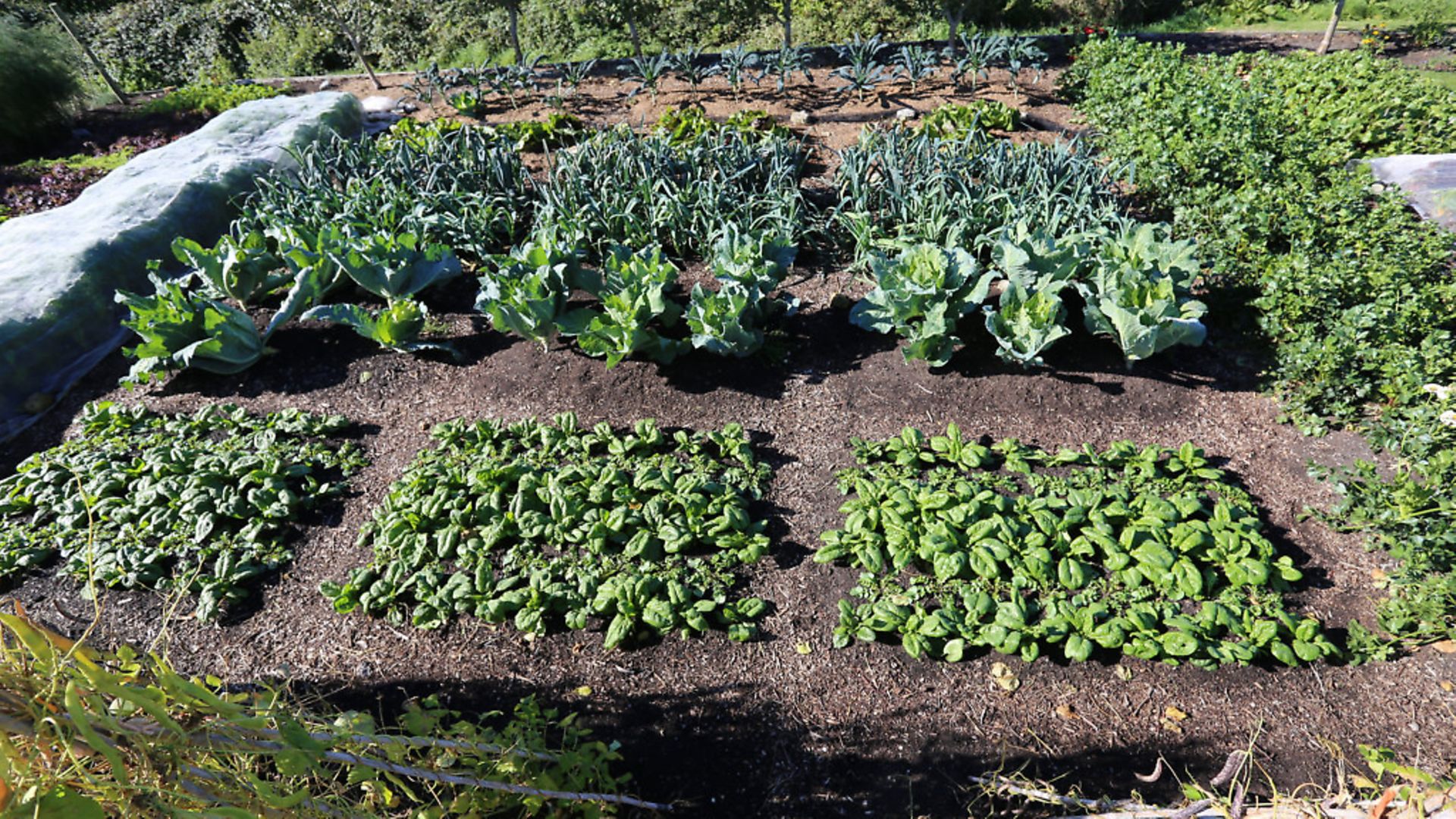 On a positive note, the no dig approach improves soil condition in all climates, whether there is a shortage or an excess of rain. You have a win-win of improved drainage at the same time as better retention of moisture.

– Soil is mulched instead of being exposed to dry sun and wind.

– Fungal networks are preserved and they then pair with plant roots and help them to find extra moisture.

– When water is applied to mulched soil, it soaks in quickly without smearing the surface and running off.

Time is running out for outdoor sowings to crop in autumn and winter. The main ones in early September are lambs lettuce, mizuna, Claytonia (winter purslane), salad rocket and pak choi. These are fast growers and should crop this year, as well as in winter and early spring if it’s not too cold. Coriander is impressively hardy, so sow it as soon as you can now. I recommend the variety Cruiser.

There is still just time to sow spring onion, lettuce and spring cabbage, which over winter as small plants for eventual harvests in spring.

White Lisbon is an excellent onion for sowing now for a long period of harvest — it can be harvested at all stages of growth, starting as early as March. I also allow the last few to grow into white bulb onions during June and early July when onions are scarce before the main harvest. White Lisbon does not suffer mildew, so it is better for early summer harvests than most varieties sold for October planting as sets.

For winter salads inside, sow in early to mid-September. Options include spinach, chard, mustards, kale, land cress, endive, chervil, coriander, dill and lettuce. I find that Grenoble Red lettuce is reliable as it suffers less mildew and resists cold better than all other varieties I have tried for winter harvests.

Now is the time to harvest seeds of open pollinated tomatoes and lettuces that have risen up for flowering. You can also harvest dry pods of French beans for seeds and save the seed of runner beans, but they are more likely to have cross pollinated than French beans. It’s fine if you grew one variety, and the same applies to squash seeds: best not to save them if you have grown many varieties unless you are keen to experiment.

Aminopyralid has been used by grassland farmers in the UK for over a decade and is well established as a highly effective way of controlling noxious and pernicious weeds, including ragwort, in grazing pasture, writes a Corteva spokesperson. However, herbicides are not regularly used on grassland. Less than 8% of all managed grassland in the UK receives any selective herbicide and, of that area, less than 10% will be treated with an aminopyralid.

While regretting that any herbicide residue reaches manures and affects crops grown by third parties, this represents a very small proportion of the many thousands of gardeners who regularly use manures for crop nutrition and soil health.

Corteva Agriscience operates strict stewardship of its products through label advice and product training, which is approved by the government’s independent regulatory body, the Chemicals Regulation Division, to minimise the risk of any affected forage or manure leaving farms where the product has been applied. Further not all the crop growth effects being reported are a consequence of herbicide residues, but are being flagged as such. It would be beneficial to everyone if other factors causing similar effects are also considered.

I prefer to grow food instead of green manures, but there is a way of combining the two. Sow fast growing leaf vegetables, such as spinach, kale, mizuna, salad rocket and mustards.

Leaf vegetables sown more thickly than usual will cover the ground very quickly. Then you have a food option as well as a green manure. Likewise, if you sow field beans (or broad beans, as you may have spare seeds), you can eat the tops in the autumn and there will be some residual nitrogen.

Green manures are worth growing only if you have space that is not needed for food plants. You also need to consider the time needed to clear them next spring and a possible slug population from the overwintered green cover.

For no dig I would sow white mustard (Synapsis alba) now in any empty spaces. Plants grow fast and up to 75cm tall. The stems are weakened by frosts and any winter nights below about -5°C will kill the plants, leaving a straw residue of stems and with no need to dig it in. In any winter of little frost, the mustard stems can be pulled out in February or hoed off in March.

It may be the case that from August sowings you have plants ready and no empty space to set them out. Therefore why not try some interplanting instead, popping them in spaces between existing vegetables that will be cleared within two or three weeks.

Last year in early September I ran out of room for new plantings of spinach and considered deleafing Kuri squash that were close to point of harvest with drying necks and mostly hard, coloured skin. Then I decided that all the squash could be harvested with careful cutting of their necks, even though the necks were not hard and dry.

It turned out that those squash stored well, some of them until April, after ‘curing’ in the warmth of my conservatory. Following the harvest, I had empty space to set out new plants on the same afternoon.