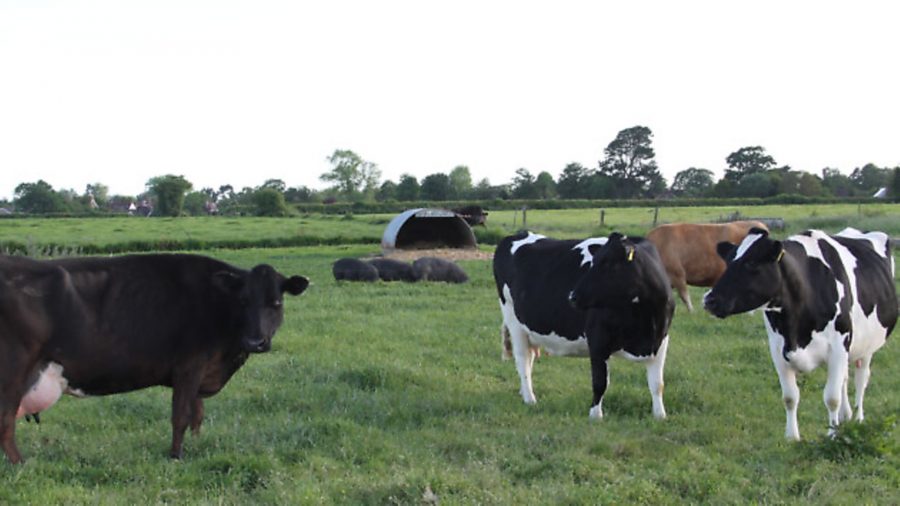 As Liz Shankland gets to grips with running her new smallholding, each season throws up new challenges 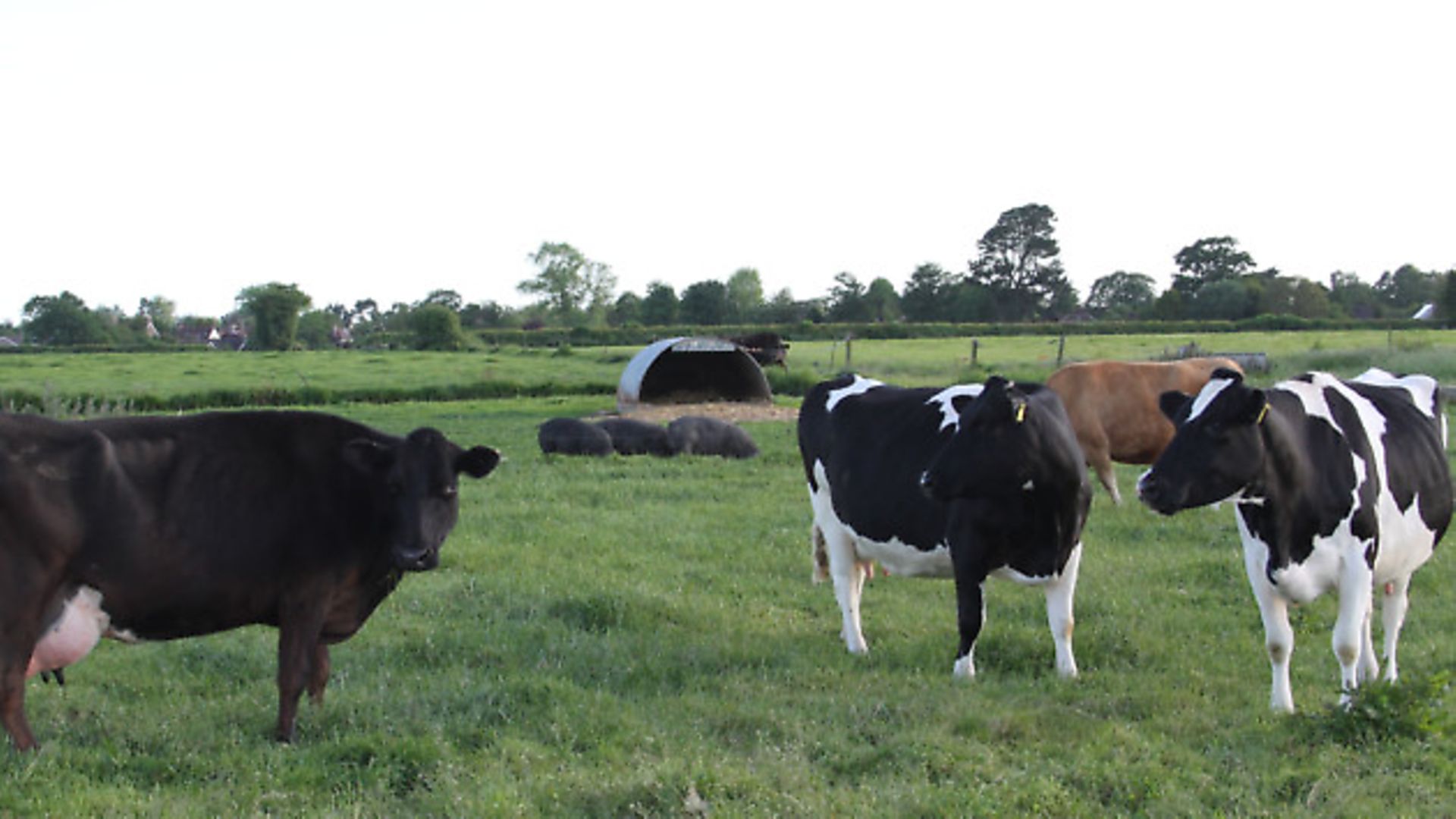 There’s an old saying that, when you move house, you should wait a year before doing anything to the garden, so you can find out what existing plants are already there, waiting to emerge. 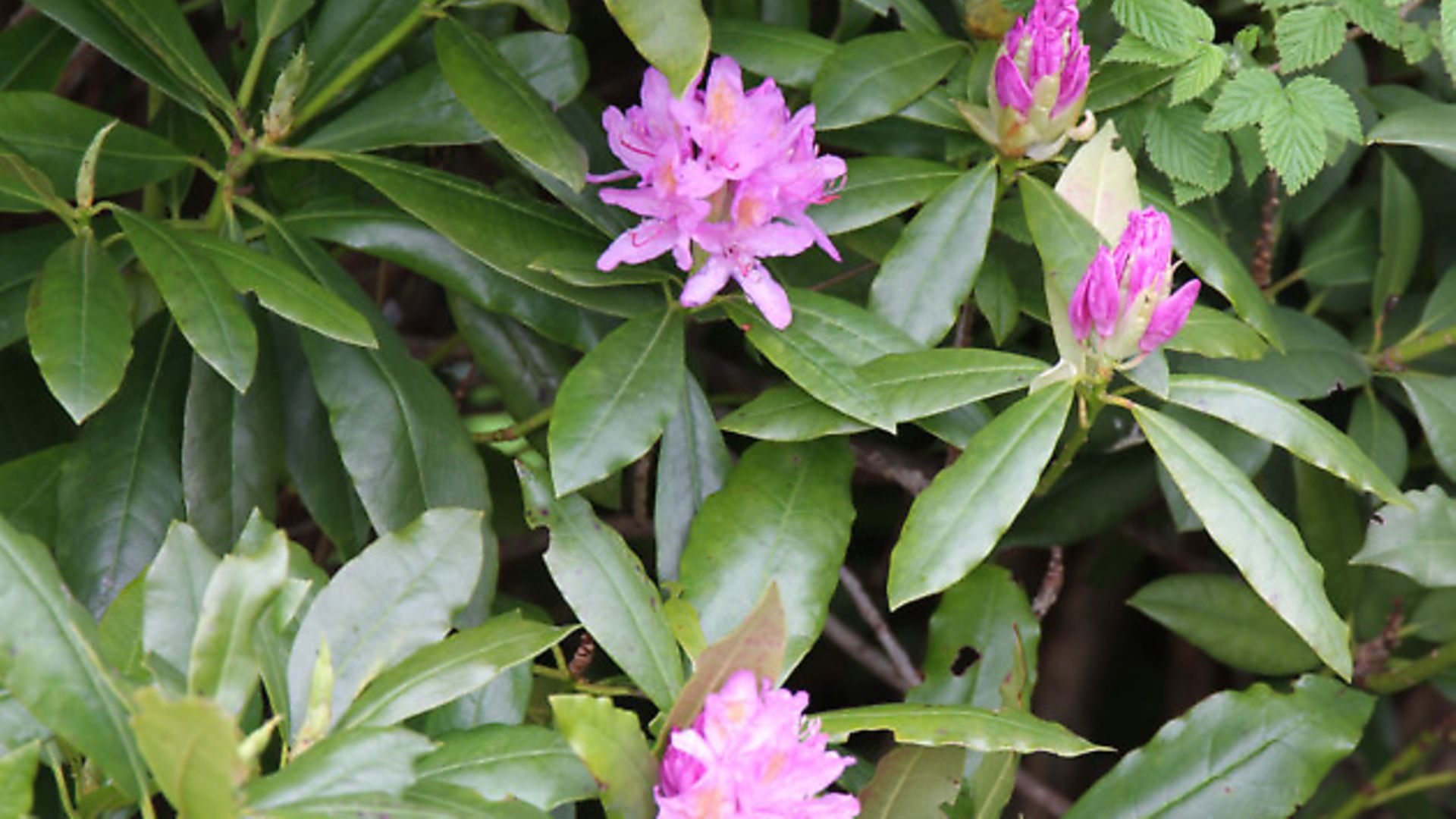 Good advice, and it’s pretty much the same with a new smallholding. You need to know what the land is like in different seasons, what grows where, and what you might want to change. The only trouble with – quite literally – ‘letting the land lie’, is that by the time you discover something you don’t want sprouting up, chances are you’ll be facing a heck of a lot of work trying to get rid of it. A good example is ragwort. Life has been so busy here since moving in a few months ago that I didn’t notice the first plants emerging back in the spring. Then, seemingly all of a sudden, it was shooting up everywhere.

On the plus side, Senecio jacobaea (sometimes referred to as Jacobaea vulgaris) is an important food source for a range of insects, including the cinnabar moth, which is completely reliant on it. As well as feeding on it, Tyria jacobaeae lays its eggs in large batches on the lower leaves and, when the caterpillars emerge, with their distinctive black and orange or yellow stripes, they eat their way up the plant.

However, ragwort is a plant which strikes fear into owners of livestock and horses because it is poisonous and can, if eaten in large amounts, be fatal. All vertebrates – including humans – can be affected, with some species particularly susceptible to the toxins.

Although a pretty, native plant with daisy-like flowers, ragwort contains pyrrolidizine alkaloids which can cause irreparable liver damage, leading to death and, at the less serious end of the scale, chronic weight loss, photosensitisation, and digestive problems. Although consuming ragwort poses the greatest risk, studies have shown that the toxins can also be absorbed through the skin.

Landowners, quite understandably, often fly into a blind panic when they see it starting to encroach on pastureland, and, although it’s always worth erring on the side of caution when you have animals to consider, some of the advice posted on various internet sites is a little alarmist. There is much debate about much ragwort an animal needs to consume in order to do serious damage to itself. Some research suggests horses and cattle would have to eat between 5% and 25% of their body weight in order to be poisoned, while goats would need between 125% and 404%*.

Pyrrolidizine alkaloids are present in numerous flowering plants which exist in meadows and woodlands used for grazing livestock, so it’s not just ragwort that can be to blame for toxins accumulating in the body. But it is, nevertheless, one of the easiest-to-identify culprits.

The greatest risk to grazing livestock is when grass quality is either poor or in short supply, or when there are lots of very young, tender ragwort plants invading the sward. The adult plant has an unpleasant smell, which, fortunately, puts a lot of animals off eating it. However, younger plants are likely to be less pungent and may not be noticed whilst grazing.

A far more dangerous prospect is that ragwort may be cut and collected during the harvest and unwittingly combined along with grass or cereal crops to make hay or silage. After being cut, it loses some of its pungent smell, but none of its toxicity, and so can be readily consumed with serious consequences. With this in mind, it’s easy to imagine how animals which are unwittingly fed a constant supply of contaminated hay or silage over the winter months might build up a store of alkaloids in their bodies.

Contrary to popular belief, there is no legal obligation on landowners to remove ragwort. However, it is one of the plants (along with spear thistle, creeping or field thistle, and broad-leaved dock) mentioned in the Weeds Act, 1959. The legislation actually says: ‘Where the minister of Agriculture Fish and Food is satisfied that there are injurious weeds to which this act applies growing upon any land, he may serve upon the occupier of the land a notice to take such action as may be necessary to prevent the weeds from spreading.’

So, should a complaint be made – perhaps where a large infestation was threatening to take over neighbouring land – an order could be made compelling the landowner to put in place control measures. But, other than that, ragwort is permitted to grow like any other native plant.

Having said that, too much ragwort is clearly a waste of good grazing, so what should you do?

•Restrict the amount of time you allow your livestock to spend in areas containing ragwort or other dangerous plants, particularly if grazing is poor.

•Reduce the spread by appropriate means. In the case of ragwort, the best course of action is by hand-pulling and burning before seeding. When pulling up plants, make sure you wear gloves to avoid contact with the skin. Try and make sure the entire root system is removed, otherwise it will re-grow. Control with herbicides like glyphosate may also be necessary.

•Don’t leave cut or uprooted ragwort lying around, as it is may still be eaten.

Other plants to beware of

•Rhododendron – often found growing wild, as well as in gardens, it is particularly toxic to sheep and goats. Death can occur very swiftly after consumption.

•Yew – a common garden tree and frequently seen in cemeteries. It can cause sudden death with no prior symptoms, but may cause digestive problems, dizziness, vomiting, and abdominal cramps. Livestock should be excluded from any areas where it grows.

•Bracken – can cause bone marrow suppression, leading to inhibition of blood-clotting. If eaten over several months, it can cause carcinogenic tumours in the bladder and elsewhere.

•Oak trees (acorns) – can present a serious problem on pastures, particularly after autumn storms. Over-consumption is the main concern, as the tannins in acorns cause serious, sometimes fatal, kidney damage.

•Water dropwort (‘dead man’s fingers’) – marginal plant which is very common in the western and southern regions of Great Britain, and common throughout Northern Ireland.

•Garden plants – a whole host of popular cultivated species, including azaeleas, monkshood, delphiniums, bleeding heart, euphorbias, laburnum, irises, and poppies. Bear this in mind if your grazing land adjoins your garden. Make sure your boundary fence is stock-proof and never dump cuttings on pastureland. Be vigilant and make sure that neighbours don’t offload their garden waste on your land.

Liz Shankland is the author of the Haynes Smallholding Manual and teaches courses in smallholding and animal husbandry at Humble by Nature (www.humblebynature.com)