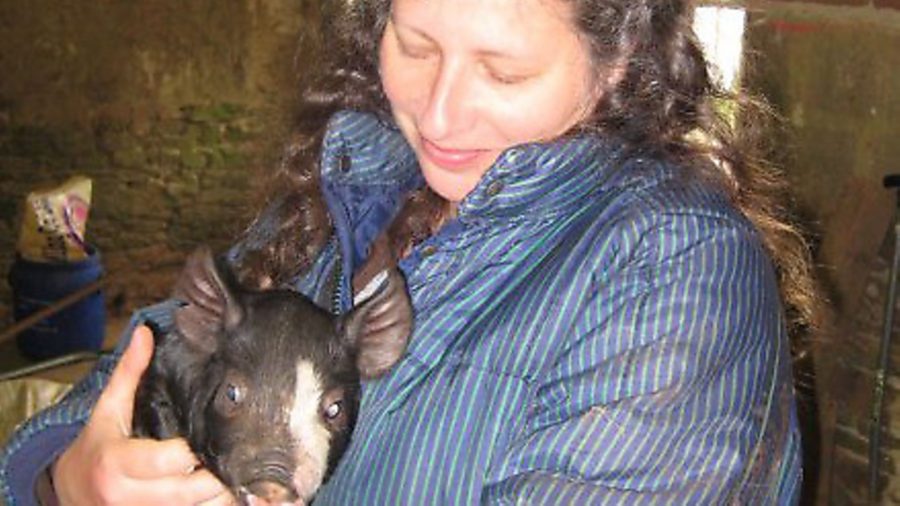 Even with a few animals, having well designed rather than unhelpful handling systems can make the difference between quick, easy and cheerful chores and time consuming tasks. This is the first of a new series, Debbie Kingsley looks at some key skills that will take you beyond the basics of handling your livestock 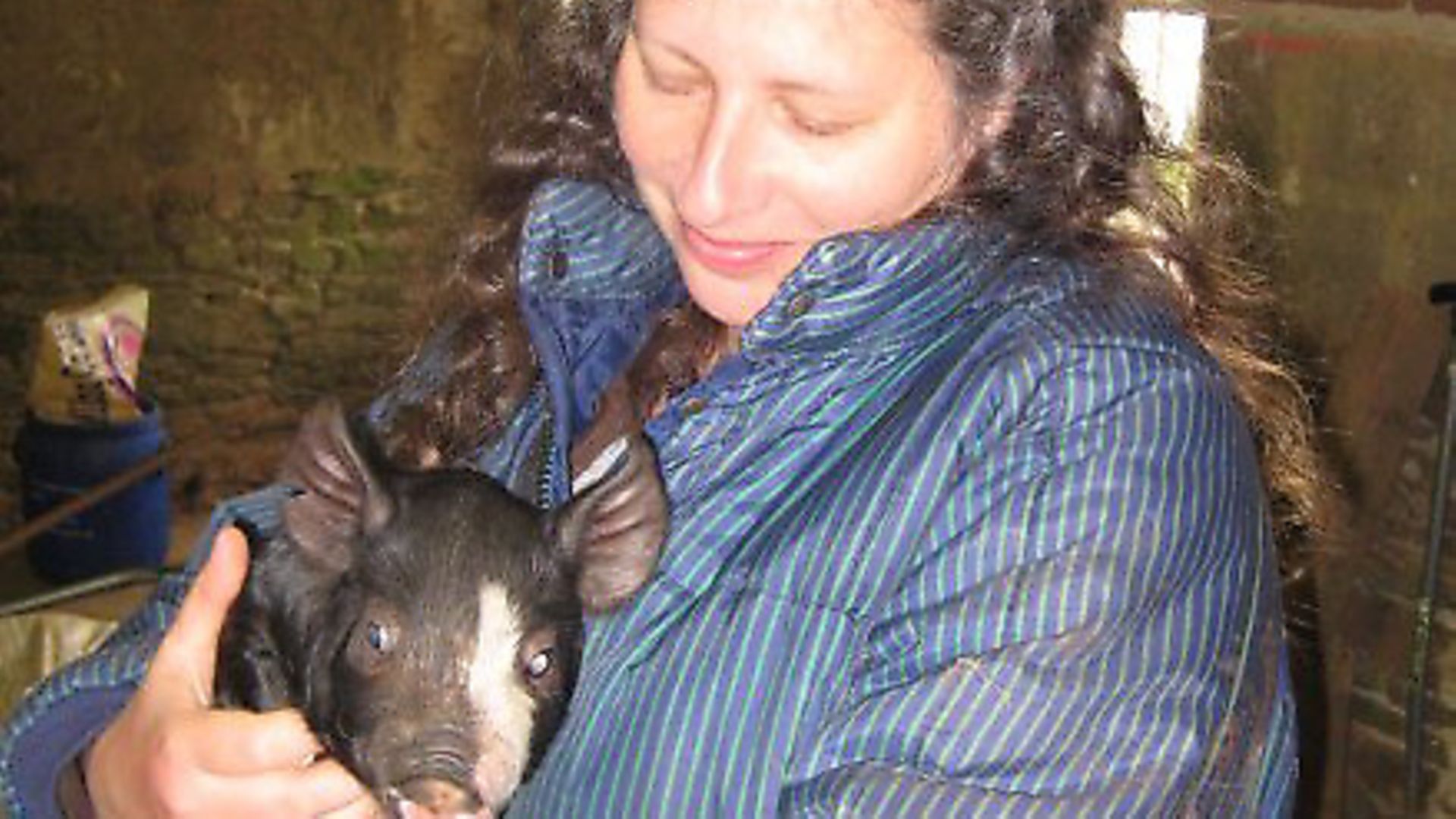 Handling livestock can be simple and straightforward. Or it can be a source of great frustration. The trick with handling any livestock is to put them through your system, however simple, several times without carrying out any treatment at all. You may also give them a treat of a small handful of feed so that they are not just persuadable but actively eager to move through. So don’t wait until treatment is urgent, or the vet has arrived and the clock is ticking, and end up turning the air a vicious shade of blue! Let’s look at sheep, cattle and pigs in detail…

I can’t tell you how many sunny natured smallholders (and indeed farmers) turn into raging beasts each time they handle their sheep because I’ve never counted them, but I know for certain that they are legion. I suspect it’s the handling of sheep that has created the myth that sheep are stupid, when of course they are not, they are simply sheep. It’s our lack of preparedness, and failure to create a sheep-friendly arrangement that creates a tense atmosphere and bungled handling. Of course, it’s not just about sheep, but the bluest words inevitably arise with them. 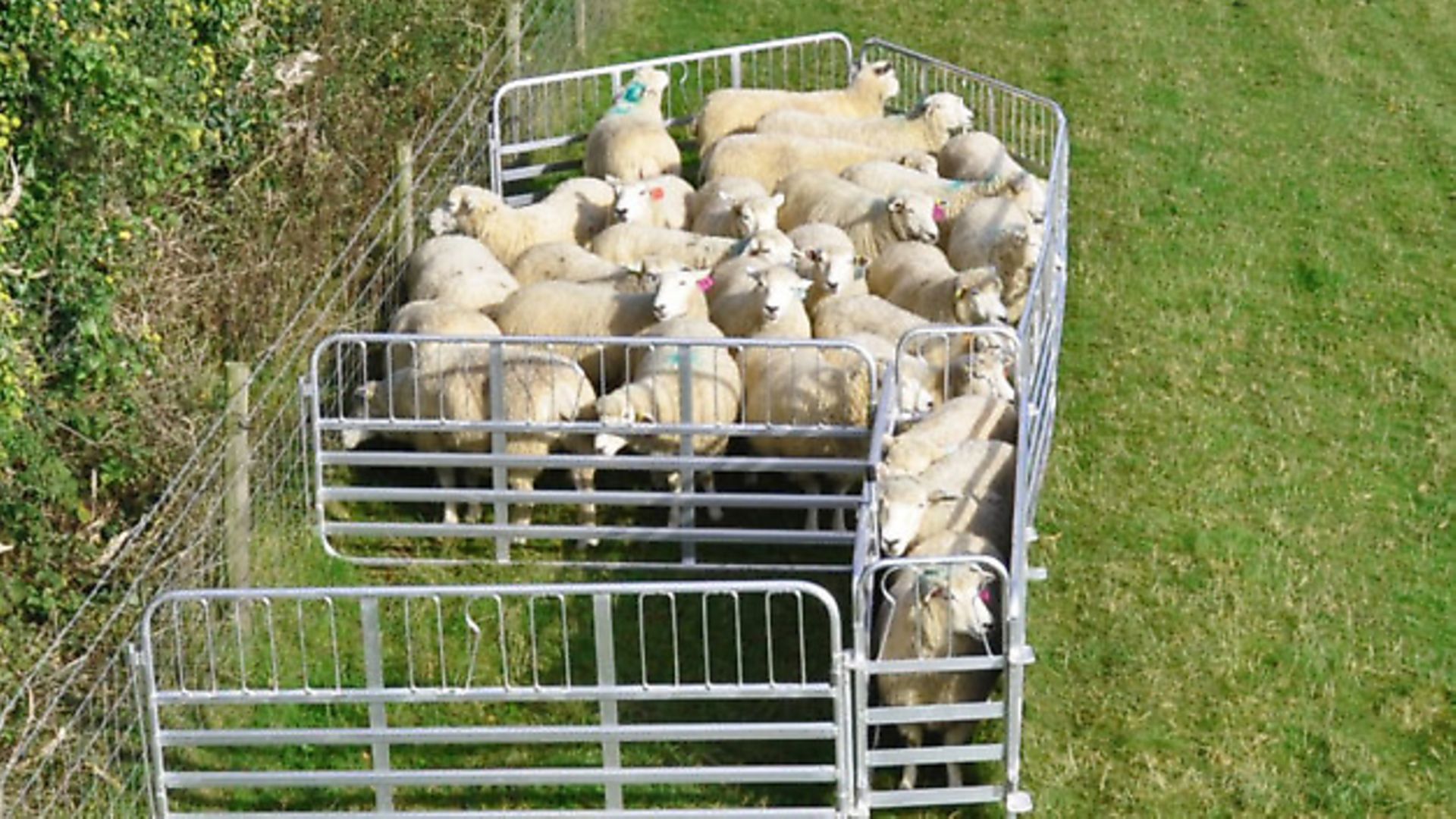 I recently heard from an exasperated smallholder who led his sheep into a pen following a bucket of feed; they always came willingly but knew he had to move round them to shut the gate, which they didn’t like, so escaped time after time. Once the habit has formed, you have to adjust your thinking, not theirs. A piece of rope held in the hand that swung the gate shut while he stayed in front of the sheep might have been the answer. And yes, sometimes we also shake buckets and expect the sheep to come towards us (particularly around lambing time when at least some of the ewes will be on hard feed), but mostly we move them from behind, so that any gate closing that needs to be done is simple as we are always at the rear of the flock.

We have more enclosures than we need, so that if the majority of the flock come into the final area where we do the handling, we can shut a gate, keeping them where we want them, and then push any half-hearted remaining sheep towards them into the adjoining area which is also gated. Sheep want to be together, so after a minor show of independence they want to join their pals; it’s an easy task to open the gate between them and reunite the flock without losing the lot. We have learned not to put any obstacles in the way of their entering the barn: if it’s a dark, dingy day we turn on the lights (sheep don’t like entering dark spaces); we ensure no hurdles are haphazardly blocking their way in and the dogs are put away.

Of course, many smallholders don’t have the luxury of a barn for handling their sheep, so you need to invest in more hurdles than will simply contain the flock. Don’t set up a handling area in the middle of a field, and do use natural boundaries, fencelines and corners. With your hurdles, create a wide funnel that narrows into a pen area giving a bottleneck that can be closed with a gate – another hurdle is perfect for this. If it suits your layout, you could create a permanent handling pen with gates and gateposts. There are also a number of mobile sheep handling systems on the market these days that you can use anywhere on your holding, are made of lightweight aluminium, and into which you can integrate a race (with weigh crate and turnover crate if desired) for accessing individual sheep for vaccinations, drenching, foot trimming, spraying etc. For those with a shed, hurdles will still be necessary – once safely inside you’ll want to contain your sheep in as small an area as possible for the job in hand so that you don’t chase them round and round, stressing them and you. Learn from our mistakes and buy plenty of hurdles when you first purchase. That way, unlike us, you will have one design that fits together properly – we now have at least three types of hurdle that require baler twine to attach one type to the other which is not to be recommended. If your flock starts to expand and you frequently need to separate, say, ewes from lambs, ewe lambs from ram lambs or into different breed groups etc, you will find a basic race with drafting gate very helpful. You can draft your sheep into the two groups you want and deal with them as required. You can also put a foot bath into the race for treating your sheep’s feet, as it will keep them contained while they stand in the solution. If you’re handling alpacas, you can buy tall hurdles with eight rails rather than the six commonly used for sheep.

We are unlikely to ever have a perfect set-up as we can’t create a permanent sheep handling system because the barn is used for several purposes including lambing, but plenty of hurdles, lots of permanent secure points (screw eyes, eye bolts or similar) to tie your end hurdles to the walls, a race and drafting gate and a weigh crate have become our essential pieces of equipment, and of course not being permanent, it is endlessly versatile. 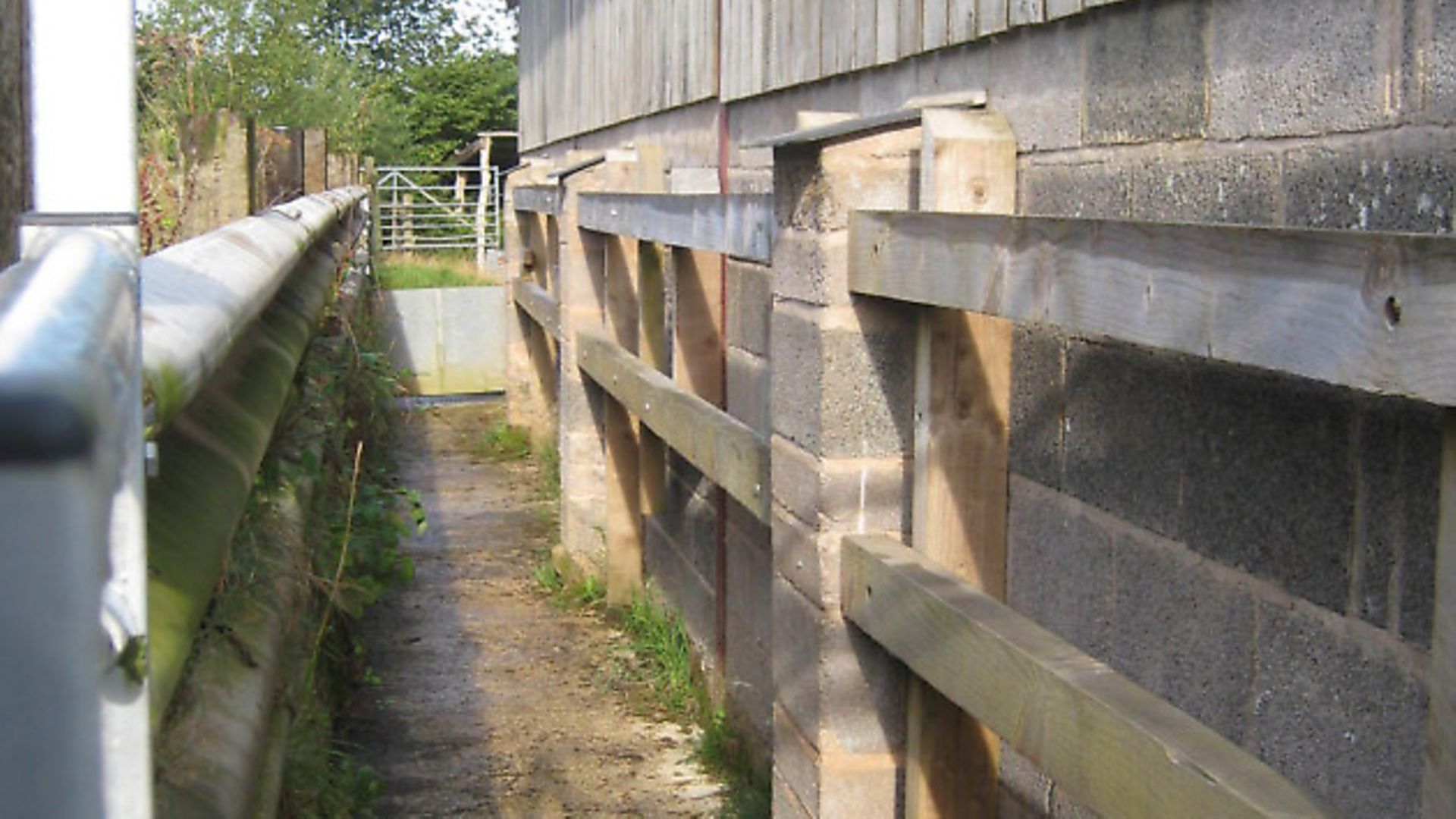 With cattle, one really can’t compromise on handling equipment. Unless you have the most docile house cow in the world who will let you trim her feet, give her injections, dose her with drench and let the vet carry out a bovine TB test courtesy of restraint by halter, or behind a gate, you will need a cattle crush. Although these are expensive pieces of kit, they are readily available second hand and seem to hold their value if you decide to sell. Most smallholders are unlikely to have the space to create a cattle race and crush inside a building, but if you house your cows over winter you may be able to use an external wall as one of the sides of the race, leading into the crush. You’ll need to use heavy, strong materials – we built ours with motorway barriers and railway sleepers.

If you rear weaners for meat and don’t breed pigs, you won’t have to do a lot of handling. When you collect them at 8 or 9 weeks old, they will still be able to be carried (just about) and lifted into a trailer, but when they are ready to go to the butcher there won’t be any lifting involved. We back our trailer to the pig paddock, tie the gate open and fill any gaps using hurdles tied with strong wire, and where necessary use metal spikes hammered into the ground to ensure the porkers can’t lift the hurdles with their snouts. We feed them for several days in the trailer so that by the time it’s D-Day, they happily run into the trailer, we simply close the trailer gates and it’s all very stress free. For moving full grown sows or boars, we use a stock box on the back of the tractor and if they are biddable characters (most of ours have been extremely obliging), they will walk happily in, following the shake of the feed scoop, nose straight into sow rolls dropped in the farthest corner. They don’t even look up as the stock box is lifted into the air and they are carried off to wherever we want to move them. If you are tractorless you will need a lot of persuasive patience to move your pigs, foresee every possible escape route, and ensure your pig is hungry enough to follow the bucket, rather than travel via your flower garden.