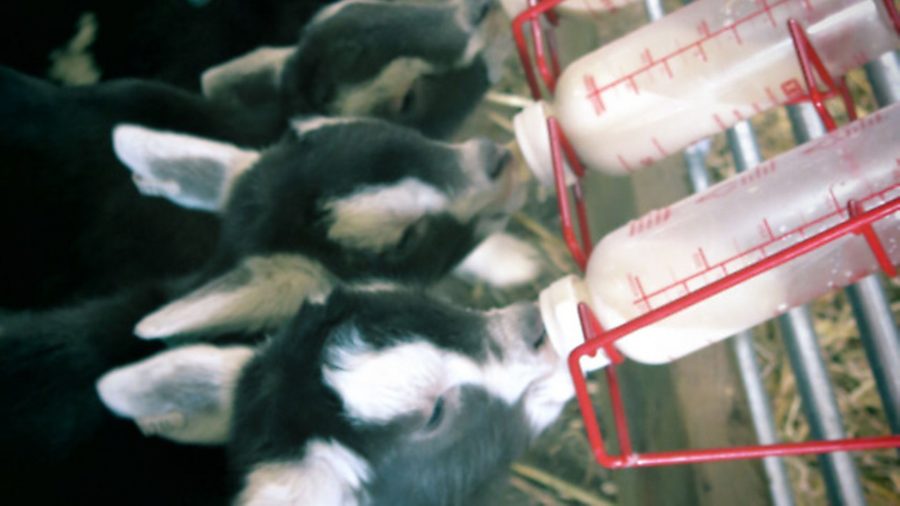 The extraordinary story of the mahout who married an Englishwoman and ended up rasing goats on Dartmoor. Debbie Kingsley reports 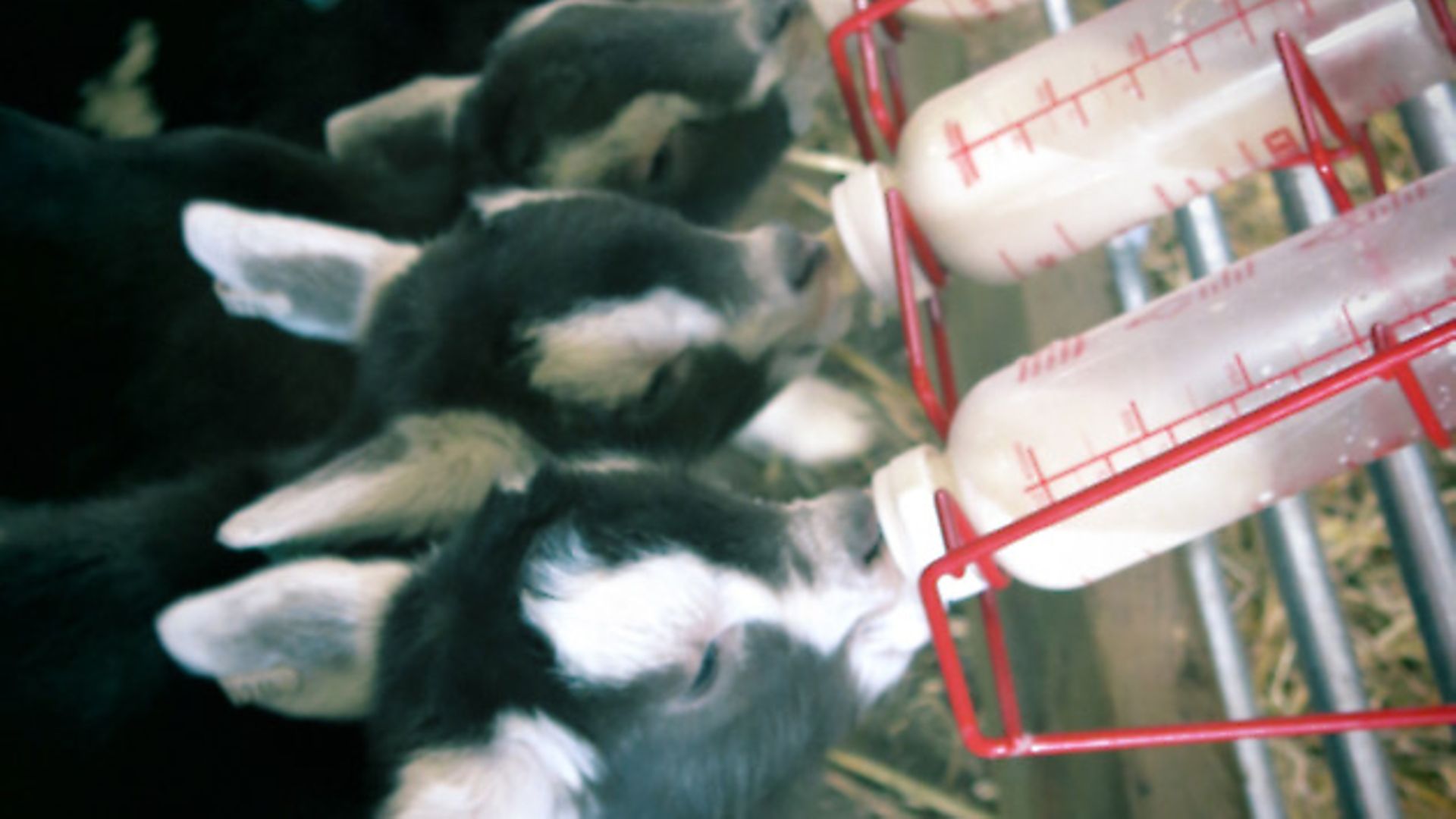 There’s a new business starting up on Dartmoor concentrating on selling all things goat. But ScapeGoat’s origins are perhaps not what you might expect. After an education in animal management, Hampshire girl Chrissie Bleach headed off to work in Thailand. In 2008 she was volunteering at an elephant camp and teaching English to a class of mahouts where she met Supon (although his official government attributed name is Warin Ophatmekhi). “I can always remember the first few words he said to me: ‘I’m Supon. I am a cheeky b****r.’ I don’t think I’ve stopped laughing from that point,” said Chrissie. But this light-hearted introduction was in sharp contrast to Supon’s background, as he explains.

“I am hill tribe Karen, traditionally nomadic. We lived from the land growing rice and vegetables, keeping chickens and a pig under the house. There are many different hill tribe groups in Northern Thailand and we speak our own language. We are famous for working with elephants, weaving our own traditional clothes and believing in spirits and ghosts. We rely heavily on the forest around us for food, and protect the wildlife. You wake up to the calls of gibbons in nearby trees, monogamous animals which we believe if you were to kill them would bring bad luck to your own marriage”.

“I grew up in a family of seven children with just my mother providing for us; my father died when I was 14. He was a mahout, working away from the village logging with elephants. He never owned his own elephant but was always the man called upon to work with difficult or dangerous individuals. We always grew our own food, the seasons dictating what we could grow. We also foraged in the jungle for food, bringing home ferns, small fish from the river, catching frogs in the dark using a burning branch for light. We carried banana trees home to shred and boil with rice bran into a porridge to feed the pigs. When my father died I gave up school and went to work to provide for the family and followed in his footsteps as a mahout, in the tourist industry.”

Although wages were low, Supon thrived working with elephants: “I’ve always loved animals and enjoyed having a close relationship with the elephants I worked with. Mahouts live communally; we were all away from home and working to provide for our families. We worked, cooked and ate together. I would wake at 4am and collect my elephant which foraged in the jungle overnight and ride down to the river, bathe her, feed her and prepare her for a day working with a chair on her back. I became the mahout of Khum Meun, a bull elephant, the best elephant I ever worked with. We had a relationship like no other; I could whistle for him and he would come running like a dog. It was during this time I met Chrissie.” 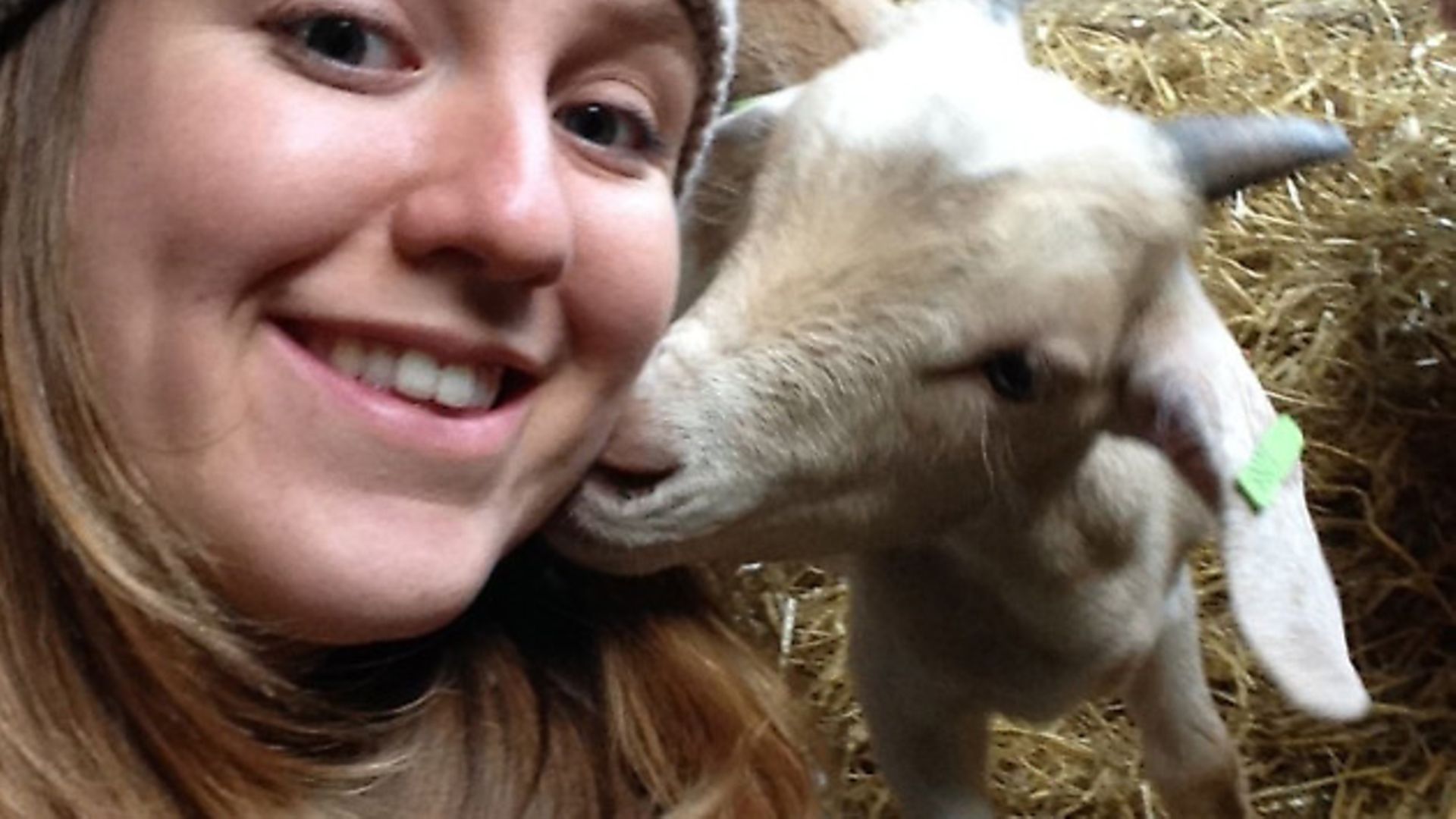 Chrissie picks up their story: “Watching Supon with Khum Meun was inspirational. I know I’m biased, but they were like brothers; the relationship between them was of love and it was amazing to see them together. I was with Supon when he heard of Khum Muen’s death, and it was heartbreaking to watch; Supon hasn’t been a mahout since. I finally moved to Thailand in 2010 and, a year later, we married. I took student groups on treks in the national parks and leading activities across the country. I would return home to Supon at least once a month, but it wasn’t ideal. In 2011 I was asked to teach at an organic farm based in Chiang Mai. Supon came to join me, looking after the livestock.”

In 2013 my sister was getting married and Supon came to the UK for the first time. We caught up with friends and headed to Devon, excited for Supon to see the area and stayed at the farm I used to visit as a child. The farmer and his wife knew how much my parents were longing for me to move back to the UK and they asked what I would do if I came back, to which I replied ‘I’d love to farm goats’. They suggested we work together, so we spent months planning, organising visas and researching the commercial goat industry. I came back and helped them set up a goat enterprise and then my parents offered us the opportunity to set something up as a family.”

So why goats? “When I started working on the organic farm in Thailand, my first task was to rebuild the livestock collections and get visitors more involved, and the goats were my first point of call. A big billy and his harem were housed in a nailed together hut and visitors would feed them bamboo over the fence but had no direct contact. I began researching dairy goats and discovered an agricultural research centre nearby and I bought three female Saanen cross kids from them. The children would walk the kids, shampoo them and get them used to being handled. We rehomed the billy to a farm in the village but he would often turn up at the gate for a visit when the girls were in season and we would have to lead him back to his new home. Both Supon and I fell in love with goats.

The couple started by producing goat meat from surplus male kids from the dairy sector. They now have 75 billy kids all sourced from local cheese makers. We’ve chosen to bottle feed, and our neighbour thinks we’re mad, but it means each kid is regularly handled and monitored. We can measure food intake and any sickness a lot more closely than if we were going to leave them to feed from an automatic feeder. Supon and I have also started contracting ourselves out to goat farms in Devon to foot trim their goats at weekends, which can be back breaking but great for networking in the goat farming community.” 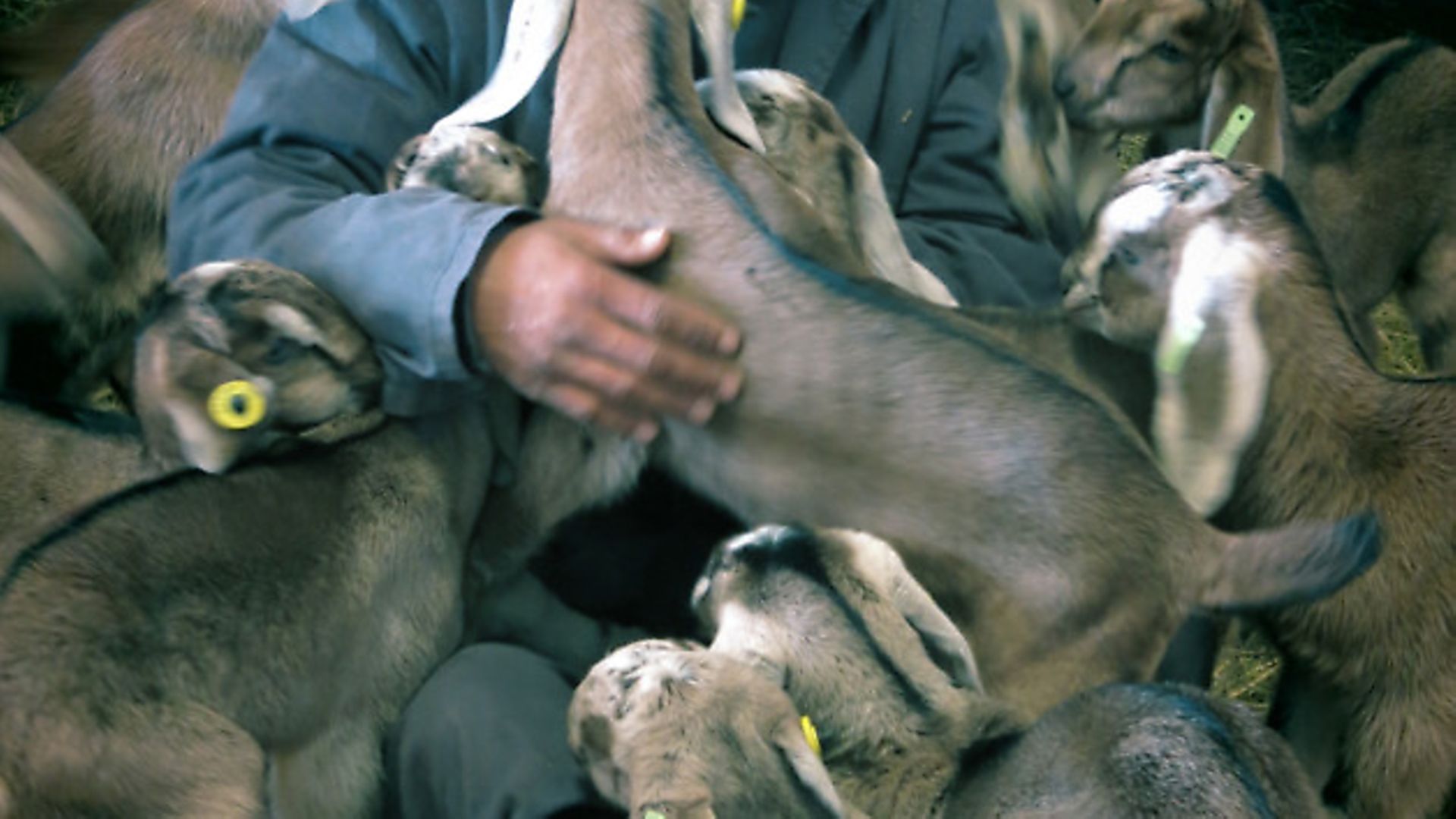 I asked Chrissie and Supon about the differences in farming in the UK and in Thailand. “Thai farming is still based around manpower rather than machines. The community comes together to plan and harvest one another’s rice by hand. Only the leader of the local village had a tractor who, if locals could afford it, would be contracted to plough and harvest the paddy fields. The farming community is similar to the UK in that the majority are above 40, with the younger generation choosing university and city life. Agricultural work is seen as a poor man’s profession, but in our area there was a renowned agricultural university, with dedicated students set on preserving the traditions of Thai agriculture amongst the advances of new technology. You can see a transition beginning, much the same as in post-war England where the hedgerows that divided small, manageable fields were torn out to accommodate machinery and this is happening in the Thai farming landscape. The small, terraced rice fields are becoming larger as the workforce decreases and machines move in to replace them.

And why did they decide to settle on Dartmoor? Chrissie wasn’t too sure about it. “I love the sunshine and warmth and wasn’t convinced Dartmoor could provide either, but my parents decided this was the place they wanted to be, so we followed. But I have really grown to love it; we spend time walking the dogs over the moor and when the evenings get longer it’s lovely to see the sun setting, although we’re often up early and see it rising more often than setting. I drive across the moor and it’s a wonderland in all weathers. When the sun is shining Dartmoor is truly a magical place, but when it rains, it rains sideways!”