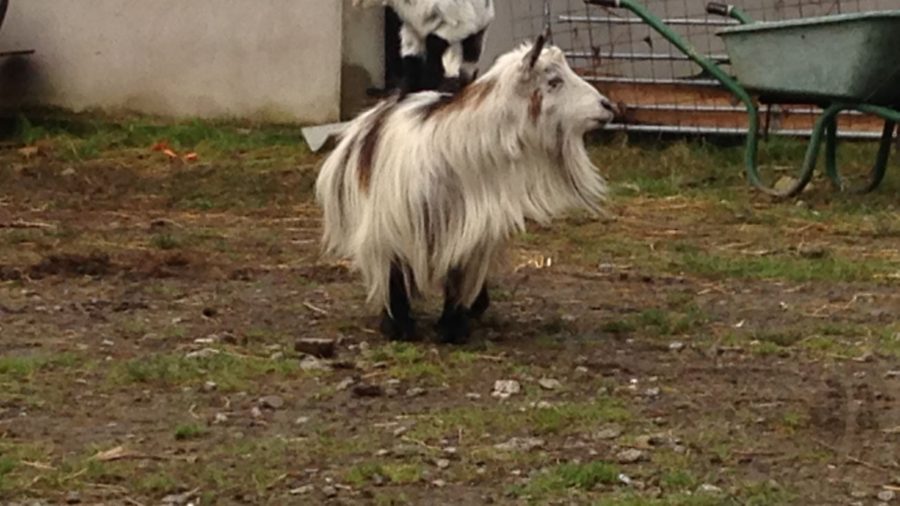 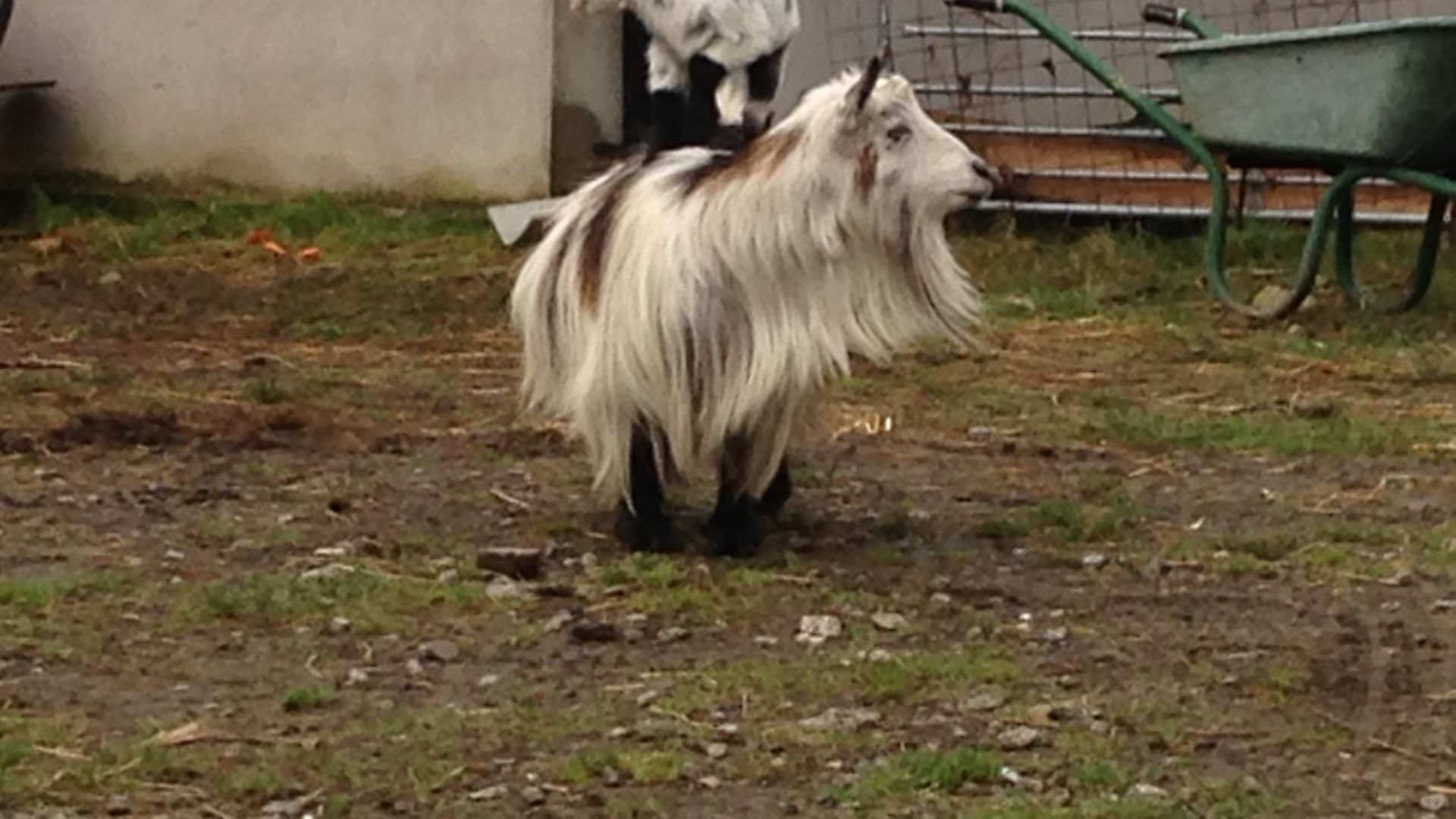 A chance visit to a goatkeeper changed Jillian Osborne’s life and led to her setting up a goat business of her own. 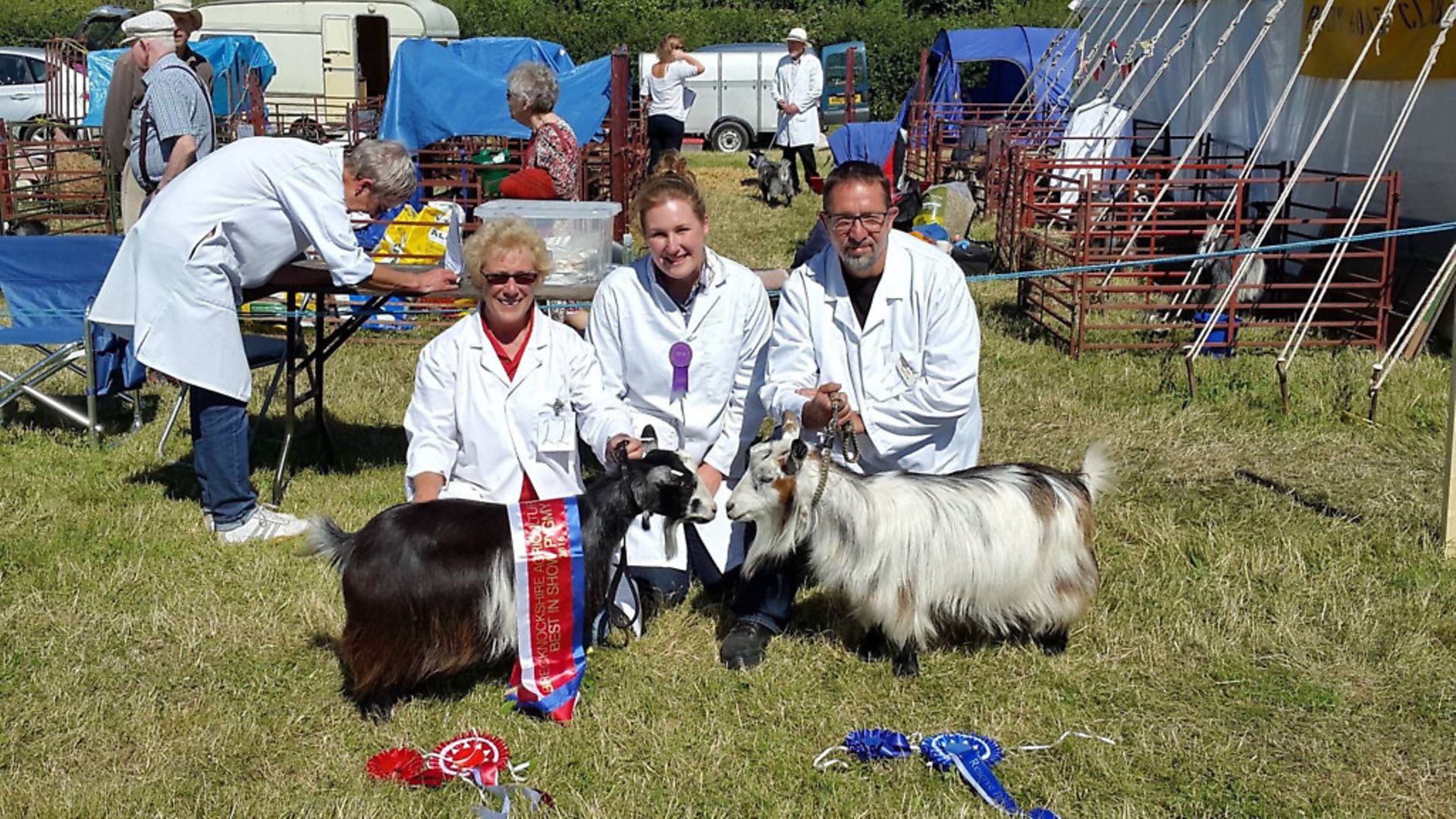 Jillian said the story started when she and her partner John – known to everyone as Doug – moved to the Wetlands area of Newport in Wales in 2009. 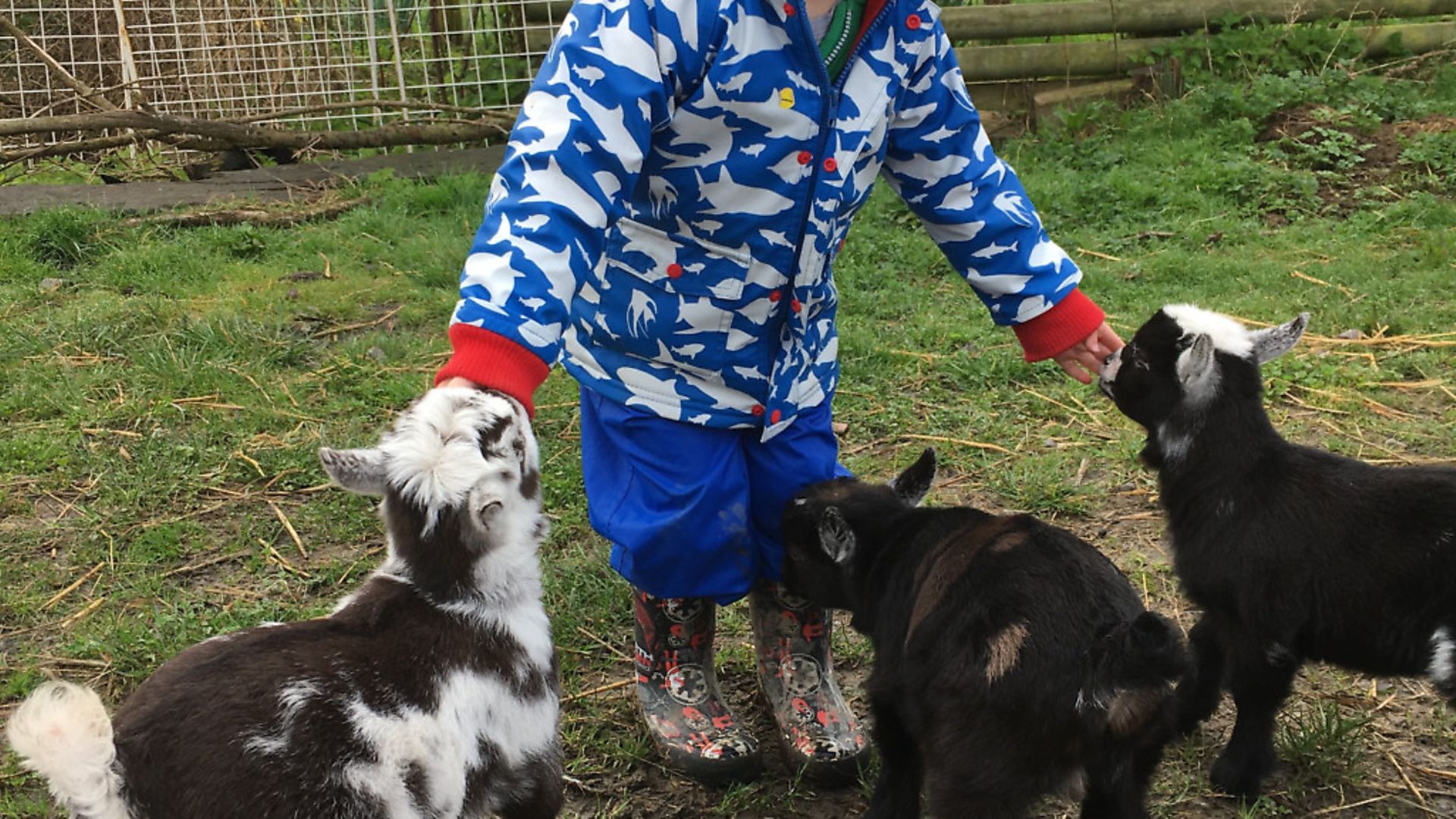 “Both being 52 we envisaged a ten-year project to take us into retirement, enjoying the outdoor life and my horses. I carried on working and Doug became full time at the smallholding. We planned on keeping a few sheep for meat and a couple of weaners for sausage and bacon.

“We started with 12 sheep thinking that was enough. We bred them and suddenly we had 12 sheep with 24 lambs – way too many for our land. Luckily, our neighbour doesn’t keep livestock and let us graze his fields until they went to market. Lesson learned, we now only keep two ewes to breed. Next we bought some battery chickens, free ranging in the garden, but sadly the fox kept picking them off, so now they live in a large enclosure.

“A friend acquired five dairy goats which he didn’t want and, at the time, we only had the horses, so I offered to take them on and rehome them. Although I was used to animals of most kinds, I didn’t know anything specific about goats so I called on a local lady who bred them. Little did I know then how that visit would change our lives!

“When I walked into the goat shed I was met by the most beautiful little animals I had ever seen. I was smitten. June’s husband had recently died and she didn’t drive, so after years of breeding and showing the pygmies she was having to retire. Having a trailer, I offered to take her to a local show in exchange for picking her knowledge.

“Off we went for a lovely day out, with no intention of keeping goats long term. I sat most of the day with the little kid on my lap, meeting people who were so passionate about their little goats. It didn’t take much persuading of Doug to have the little kid, now known as Francesca. As they need company and we had successfully rehomed the dairy goats by this point, we also bought Franki with her mum, Holly.

“We joined the Pygmy Goat Club and went to our first show and, although Franki was still tiny, she came second in her class. So proud, we joined the grand parade behind all the huge livestock. The crowd loved her even though I had to carry her most of the way.

“We decided to breed from Holly but couldn’t leave Franki on her own when mum was away at stud, so I borrowed another female to keep her company, and she never returned home! This was becoming addictive. As we looked at buying more goats we realised people travel far and wide to purchase good stock, so off we went to Lancashire to buy Fern, who has since given us two beautiful daughters, and this year got reserve champion at the national breed show.

“Goats hate the wet weather. I don’t need to see the forecast, just open the goat shed and you’ll know if it’s going to rain – they stand there looking at me as if I’ve lost the plot expecting them to go out! As they don’t have lanolin in their coats like sheep they need access to shelter all year round. Their shed opens on to a paddock but not their field, so we had a field shelter made to provide shelter when they are out there.

“A lot of people told me not to have goats as they will jump out and are always escaping. While they don’t jump out, if they spot a gap under the fence they’re off.”

“Pygmies are all colours and breeding is not an exact science -– you never know what colour will pop out, but they are all so different, not just in colour but in personality.

“Breeding is stressful; they are so small that, unlike sheep, if there is a problem with a kid presenting the wrong way it can often end in a C-section. We keep records of all the dates the girls are served so we know exactly when they are due. We have cameras in the shed and don’t leave them once they show any sign of starting labour. Even taking every precaution, we have still lost a few kids and sadly one mum. There are some lovely stud males around and most breeders will accommodate the females at breeding times, but I have found it much easier to have the boys at home. Although they can smell in the mating season they are such handsome animals and still have lovely temperaments. The females are good mums but only produce enough milk for their young, unlike the dairy goat, which you can milk.

“They are ideal as garden goats and for smallholders who don’t want to have a commercial herd. They can be kept on a hard area and can live without grazing providing they have continual access to quality hay. They enjoy brambles and hedgerow, and although they do graze, they won’t keep the grass down like sheep and the fields will need topping. If they are grazed they will require worming, and as we live on the wetlands we treat for fluke during the winter and have worm counts taken throughout the year.

“Our herd has grown and we now have 25 pygmy goats. We enjoy travelling the country through the summer attending various shows and meeting up with likeminded people. The autumn brings the breeding season and the spring gives us the newborn kids. Female kids are usually ordered for the following year and most breeders will have a waiting list. Their popularity is increasing and hopefully more people will join the club and go on to breed and show. If not, just enjoy them as wonderful pets.

The pygmy goat is hardy, good natured, genetically small, cobby and compact. Its head, neck and legs are short in relation to body length. The body is full-barrelled and well muscled, circumference in relation to height and weight is proportionally greater than in other breeds. Females are considered mature at 24 months, and males at 30 months, although some animals may continue to grow after this age.

Pygmy or dwarf goats originate from equatorial Africa where two types of dwarfism occur. These two types represent the extremes, with many intermediate types in existence. The height to withers for both types is 40cms to 50cms. The bodyweight ranges from 24lbs to 55lbs. All colours and combinations of colours occur in both types. The Pygmy Goat Club in Britain does not differentiate between the types.