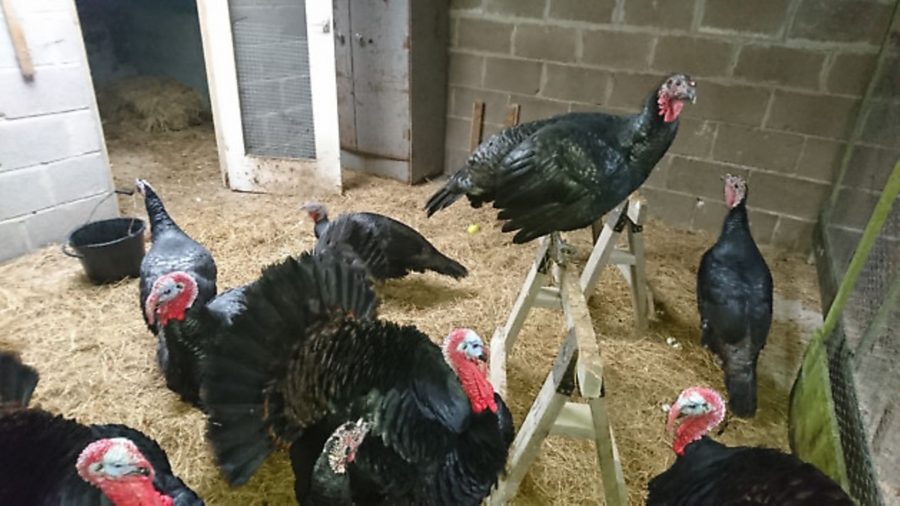 Bird flu has been confirmed at a farm in Lincolnshire affecting 5,000 turkeys. Most have died and the rest were due to be culled.

DEFRA said the birds at the farm in Louth had been diagnosed with the H5N8 strain of avian flu. The news comes 10 days after DEFRA declared a 30-day ‘Prevention Zone’ to try and prevent the spread of the disease to the UK. This is affecting all poultry keepers, including smallholders, as they have been advised to keep birds indoors, or at least to try and prevent them coming into contact with wild birds, or their faeces, which can transmit bird flu (See ‘Bird flu: advice for poultry keepers’).

Public Health England (PHE) said the risk to humans was ‘very low’. A 1.8 mile (3km) protection zone has been set up around the farm. Defra said it has also set up a six mile (10km) surveillance area to reduce the risk of the disease spreading.

A PHE spokesman said: “We continue to work closely with Defra throughout this investigation.

“Despite the risk being very low, we will offer health advice to those people who may have been exposed on the farm as a precaution.”

The bird flu virus comes in different strains and this one – H5N8 – has been circulating in wild birds in Asia since 2010. This is now the second time it has caused outbreaks in Europe after the autumn migration. Bird flus are intensely monitored and there has not been a single reported case of H5N8 infecting people anywhere in the world.

Chief Veterinary Officer Nigel Gibbens said it was the same strain that has been affecting poultry in Europe.

“Bird keepers should remain alert for any signs of disease, report suspected disease immediately and ensure they are maintaining good bio-security on their premises,” he said. “We are urgently looking for any evidence of disease spread associated with this strain to control and eliminate it.”

An investigation is under way to establish the source of the outbreak, which was not likely to cause any impact on the supplies of turkeys or other birds over Christmas, Defra said.

The H5N8 bird flu strain has been found in poultry and wild birds in 14 European countries including Germany and France.