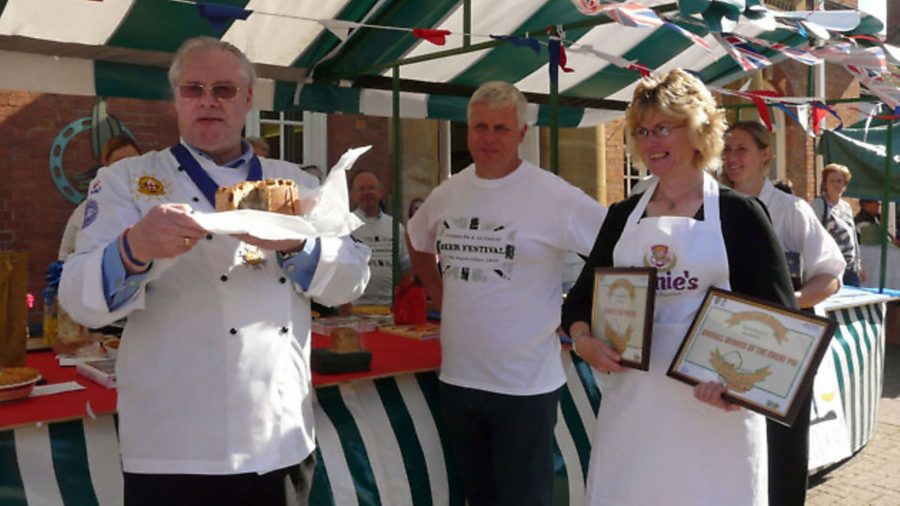 Annie Perkins has her fingers in lots of pies, and her business has taken off 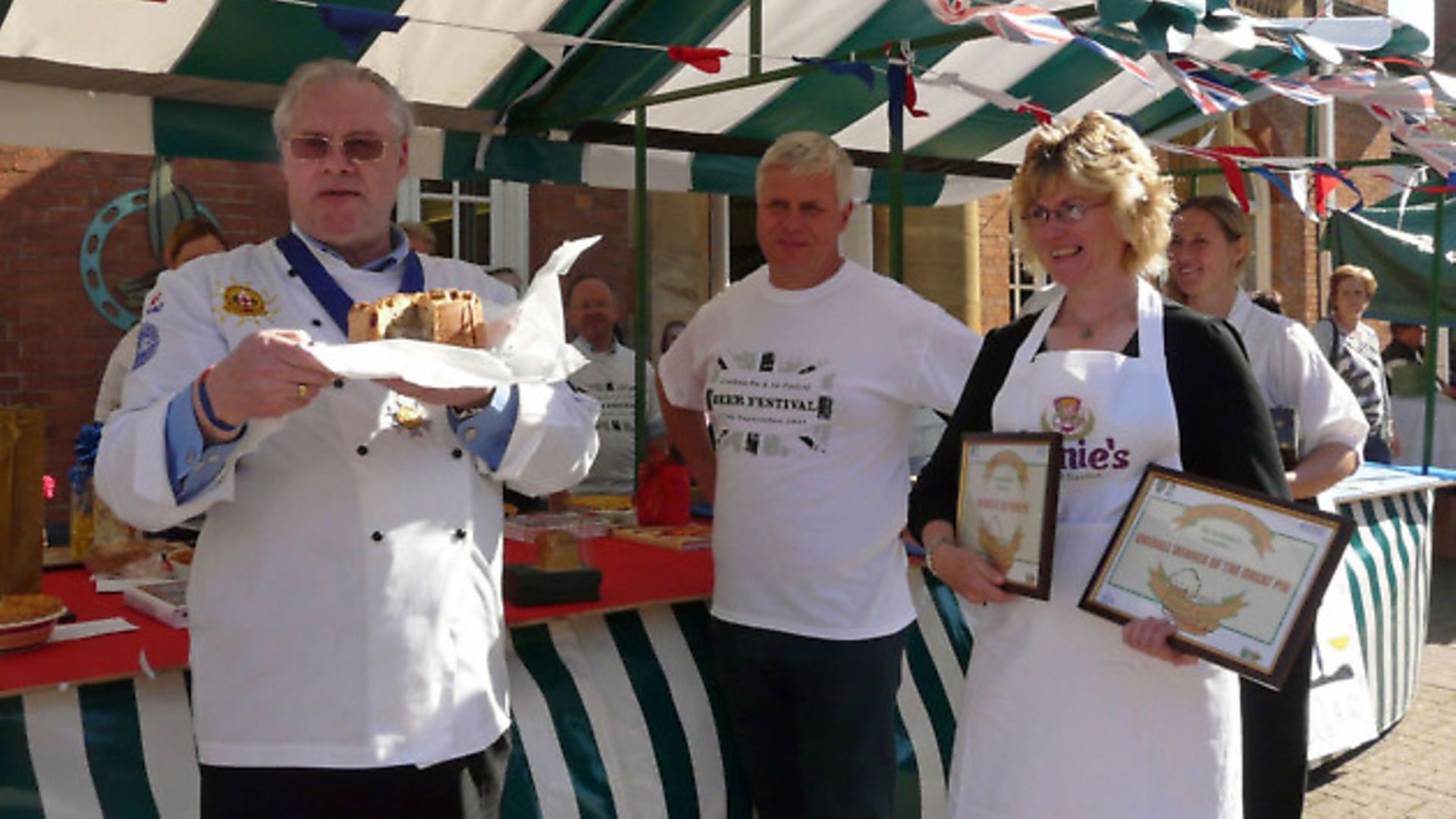 It’s hard to know which came first, her love of pie-making, her love of animals or her attachment as a proud fifth generation tenant farmer who grew up among orchards bursting with plums on her family’s 40-acre farm in picturesque Warwickshire countryside. The care Annie Perkins has taken with all these things and efforts to supplement her income have led her to forge them into an intricate pattern of daily life. 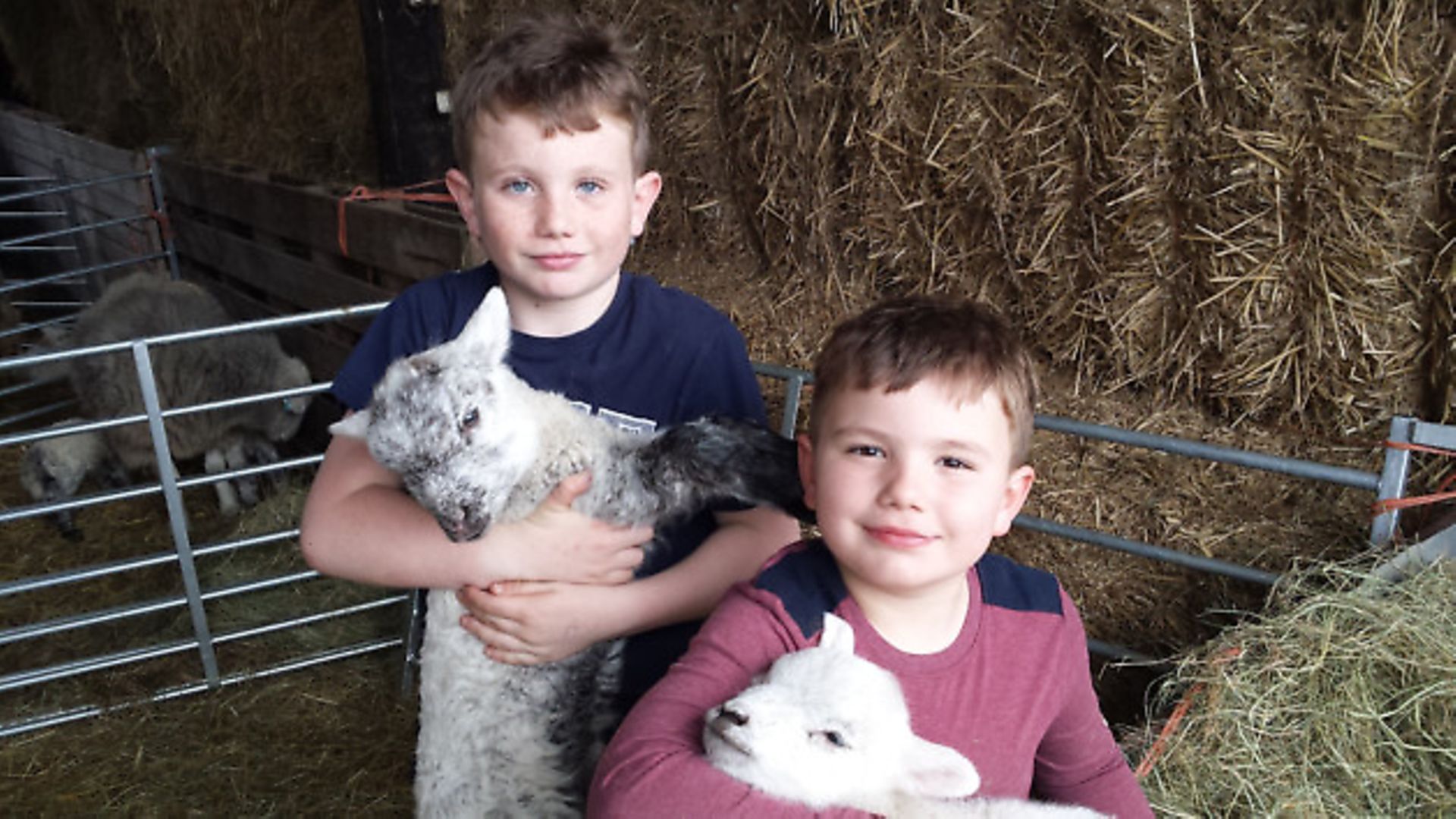 Annie has lived near the village of Bidford-on-Avon all her life and all the land thereabouts is part of an ancient trust to which she pays an annual rent to farm there. 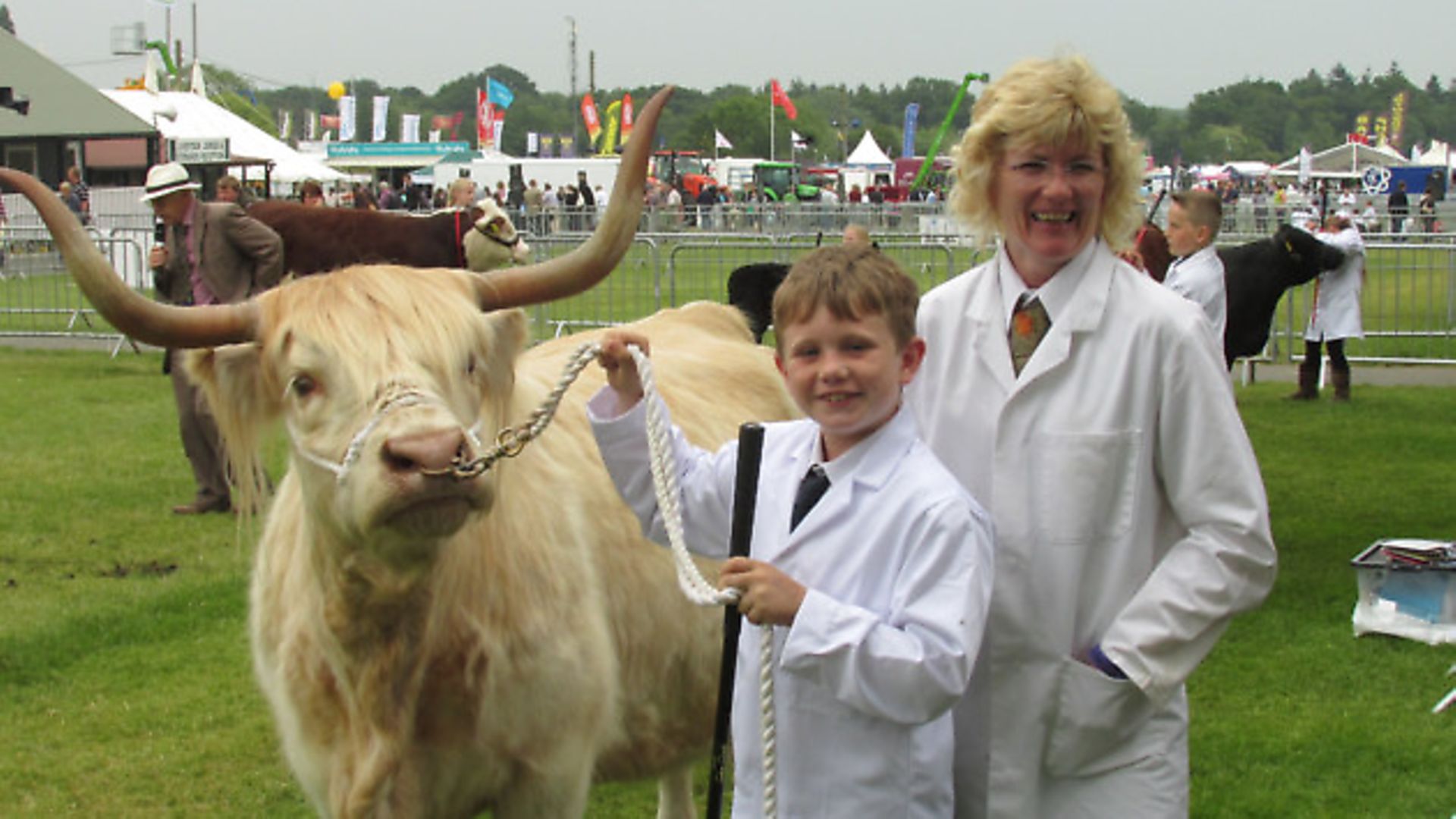 Whether technically a smallholder or not, given her acreage, Annie is certainly as versatile as most smallholders in using a variety of talents to sustain a rural life with animals, and is one of that happy band that produces food from them. “My family have traditionally all been market gardeners,” she says. “We have lots of orchards (20 acres), pick lots of plums and other fruit and we once grew asparagus. The time to diversify into production of native and rare breed meat coincided largely with the drop in the plum trade some 30 years ago, when cheaper imports stole a march on fruit picked by local farmers.” The spin-off is that Annie can make anything, whether savoury or sweet, like jams or preserves. She also has turkeys, and two horses.Annie loves her Highland cows, and she has farmed her pedigree native herd for 21 years, since taking over from her mum. “We’ve put most of our land down to grass and started showing them 16 years ago,” she says. “We sell our own Highland grass-fed beef, which we started 20 years ago by selling in freezer packs (25lb/11.3kg for £100) as fillet, sirloin and rump steaks, stew, braising steak, mince and joints. Each beast does at least eight packs and there’s always some left over for ourselves or to make pies, the money we make from it paying for the running of the farm.”

Like everyone with animals, health scares can threaten. “Two years ago we got shut down with TB and lost two of our best breeding cows, which meant I couldn’t show that year.” Today they have 44 cows: 10 breeding cows with one calf each and one breeding bull. The rest are young heifers and steers, some for breeding, some for beef. Annie explains her strong attachment to them: “It is a native breed so it’s hardy and can live outside, and although they have horns they are very gentle.”

Annie promotes their meat on the Artisan Food Trail website (www.artisanfoodtrail.co.uk), and writes: “The fantastic meat we produce is a direct result of the way we look after our animals. They graze freely in the orchards around the farm and we firmly believe in resting not only the animals but the meat they produce as well. They forage on natural pasture and eat the plums as they fall, and they don’t need to be kept inside in winter. They are majestic and very beautiful.”

Annie loves taking the meat a stage further and making pies. Not only has her herd won prizes but her cooking has too. Her pies have featured at the British Pie Awards and her apple and currant pie and three-meat pork pie (from Berkshire & Gloucester Old Spots pigs) helped Annie win the title of Overall Pie Champion at the 2011 Evesham Pie and Ale Festival. She has also won Champion and/or Reserve every year since the festival started, each time with a different product/flavour, taking after her master baker grandfather who, Annie says, loved the land and his baking.

Annie also makes pasties, sausage rolls and does hampers, and lamb from her flock of Herdwick and Jacob sheep is delicious. “It’s nice to have native lamb; it tastes better. We sell a whole or half-lamb. The Herdwicks are slow-grown and graze with the cows in the old meadows and orchards and the flavour is good.”

Customers have noticed. “My pie business has taken off,” Annie says. “So much so that we have just had a cheap kit-built log cabin/summer-house put up in one of our fields as a pie-making kitchen.” The cost of this was met by a DEFRA grant through the Warwickshire Rural Growth Network. Annie supplies the local Hook Norton Brewery with a steak and Old Hooky ale pie which has won many accolades.

To supplement her farm income, Annie runs the cafe she rents part-time from the local gliding and flying club behind her farm. Annie says “our farm” modestly although “it’s mainly me running it as a family concern with my two sons, aged five and nine. Although separated from my husband, we still work together on the farm happily.” Unwittingly or not, this weekend venture highlights Annie’s cooking, and her summer evening meals made from local ingredients such as her native and rare breed beef, lamb, pork and sausages are becoming well known.

Asked if this venue meant she’d be teased by local Red Baron types into getting airborne at the club, Annie admits they got her eventually. “I avoided it for two years but gave in last year and went to Orkney in a restored 70-year-old de Havilland Dragon Rapide biplane.” Like Annie, her pies are flying out, her buffet and party catering spreading the word as much as Nick Knowles did when the TV series DIY SOS turned up in her village and he pronounced Annie’s ‘Old Hooky’ pie and her steak and kidney pie ‘the best by a country mile’.

“Effectively, we’ve diversified the farm into producing traditional meat, and selling through the cafe we make more money than by selling cows to the commercial market,” she said. “I don’t do farmers’ markets; I keep the cows I love; we keep it all going and pay the bills.” But it wasn’t always as comfortable as it sounds, and there was a transition period, Annie saying that until five years ago she had a full-time job with DEFRA.

“I took a redundancy package when they closed their Animal Health and Veterinary Laboratories Agency. It was after my second child was born and it allowed me to start working with pies and meat, which was easier with children. Terry was a self-employed mechanic and farming stresses made life quite intense, worrying about money. We needed extra income as it grew and he looked for other work too. He was here farming; I was in a full-time job. Now it’s the reverse.”

Their children have their own herd of two. They are Belted Galloways, from the west side of southern Scotland, where they adapted to living in windy upland moors. They breed from them, her sons keep an eye on them and, when calves are sold, they receive pocket money. This careful nurturing typifies the future their mum has in mind for Annie’s Market Garden as a veritable haven of fresh natural local produce to be enjoyed by families far and wide. Judging by the excited customers on her Facebook page, she is well on her way already.