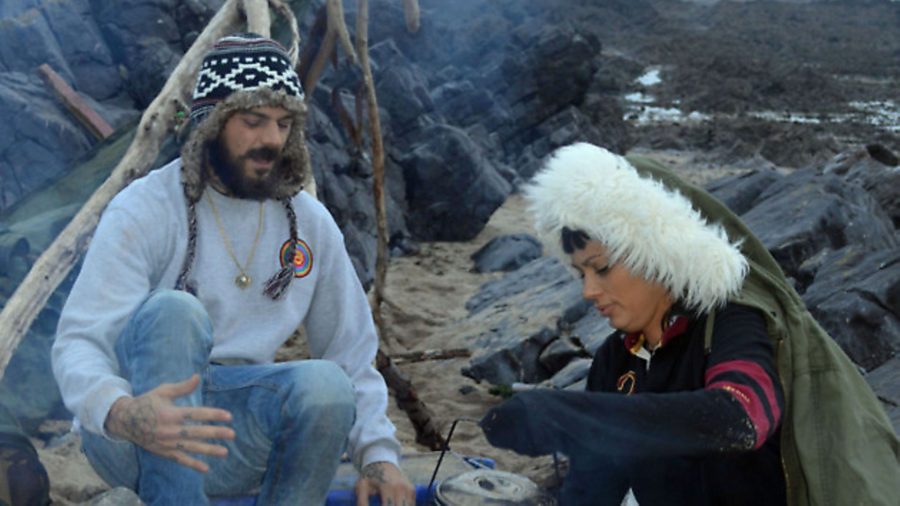 He was once a famous boyband rapper. Now Abz Love and his girlfriend Vicky Fallon live quietly on a smallholding in Wales. They talked to Kim Stoddart 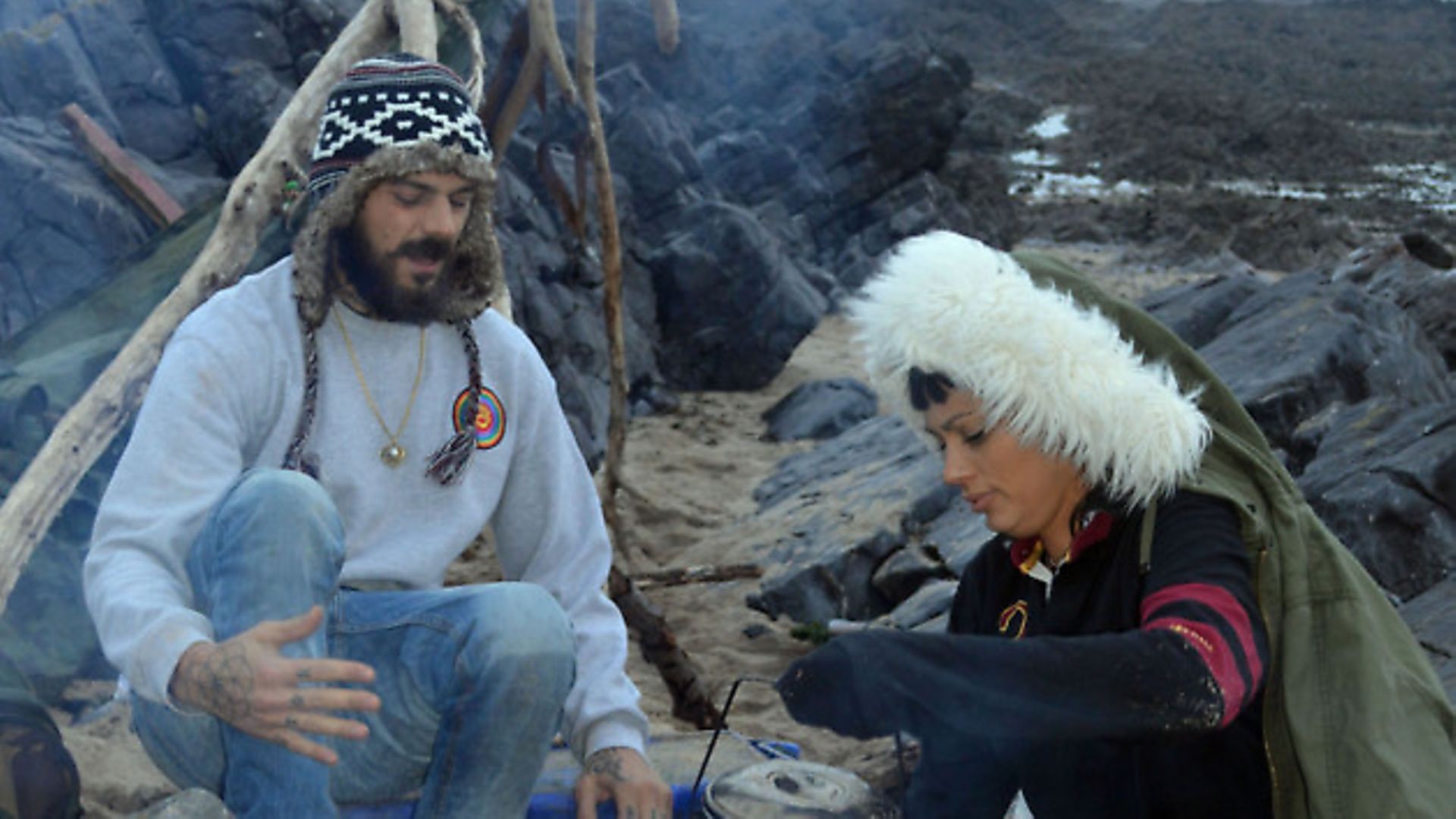 There’s nothing new about musicians and pop stars moving out to a large pile in the countryside once they’ve made it. It’s actually incredibly common: Paul McCartney, Robert Plant, Alex James … they’ve all done it. Former 5ive rapper Abz Love and his girlfriend Vicky Fallon, however, have done something altogether different. In the recent BBC 2 series Abz on the Farm we saw the couple skint and maxing out their credit cards in order to follow their quest for self-sufficiency on a mortgaged £142,000 smallholding in deepset West Wales.

The couple have leapt bravely into the unknown in a desire to try and learn to live off a small plot of land. They’ve moved to the middle of nowhere to start a new life from scratch and, in the TV series, come across as very genuine in their intentions. I was intrigued, and so I went along to find out how they’ve been getting on since the cameras stopped filming.

It’s been almost a year since they made the move and, although they’ve had to contend with a lot of challenges, they remain 100% committed to making smallholding life work for them. Their enthusiasm for learning to work their nearly four-acre plot and all that entails is infectious and there’s clearly a lot more to them than you might first imagine.

For example, they didn’t sell their story to the highest bidder: they were offered more money to do the series on Sky Living but turned it down for the opportunity to work with the natural history department of the BBC instead. As Vicky explains: “We wanted to do more than the usual celebrity crap. We work in an industry that rewards the wrong kind of people and we wanted this to be educational. If we can make people laugh along the way that’s great because laughter is good for the soul.” 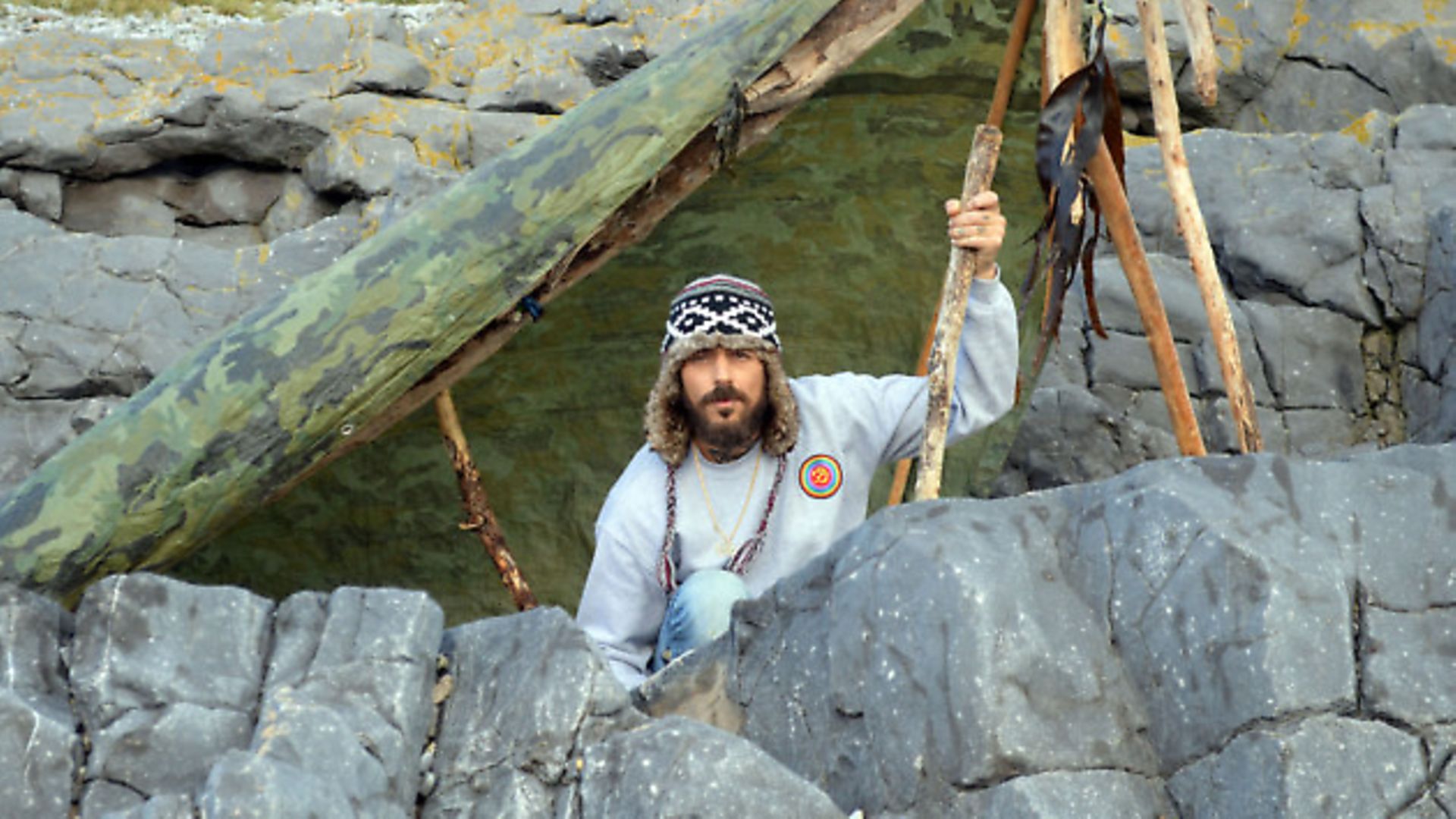 Abz quit his band late last year and since then has been focusing full time on what he sees as a move into something real. Something that he can depend upon, eventually. “It’s so empowering. I love exploring and being out of the craziness.” He explains: “I’ve had it all; I’ve been around the world three times, ate at the finest restaurants, met the celebs…but this is what matters – learning how to work a little plot of land.”

I’ve interviewed a lot of smallholders now for this magazine and have seen time and time again how an initial desire to make, mend and ‘do’ absolutely everything tends to wane after the first few years. To be completely self-sufficient would take all of your time and energy and people either need to get a job or learn to create a living from the land. Either way, this generally involves focusing on particular areas and skills rather than trying to do absolutely everything for themselves.

Yet it doesn’t mean it’s a complete pipedream. Abz and Vicky have been guided during the series by residents at Lammas, an eco-village in Pembrokeshire, who live entirely off grid in homes they have made for themselves.

So how are they getting on? 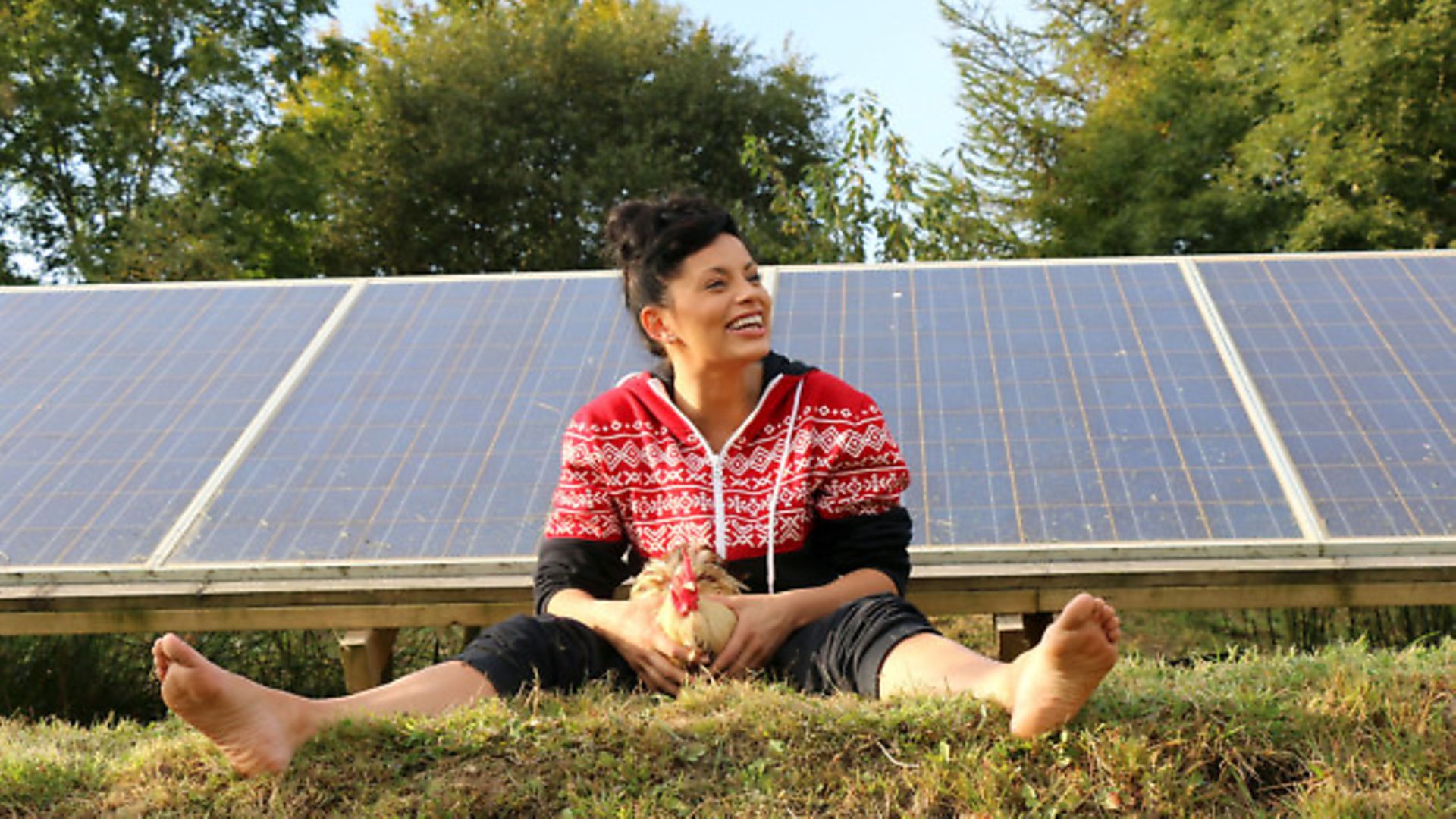 Well, they are still buying most things in; except for the vegetables they have started to produce and eggs from their chickens. But then it’s by no means an overnight transformation. It takes time to learn how to do things for free and to see food in a different light. As Fallon says: “I look in my fridge and if it’s empty I think I must shop, even when I’ve got a polytunnel full of produce. I’m still learning how to make what we’re growing into something delicious and getting over that mental barrier of food coming from the supermarket.”

After having a lot of drainage work carried out on their land – which had flooded badly – the fields have finally recovered and grass is growing again. However, a few months back they came to the conclusion that their land is still unsuitable for heavier livestock grazing and they sold their two horses. It was a hard and upsetting move but they were still feeding their horses hay in June so in the end it simply had to be done.

Instead, they have plans to try out small-scale goat or alpaca keeping and are about to buy some more chickens to add to their small brood. They also fancy getting some Khaki Campbell ducks which they’ve been told are good for helping to keep the slugs on the veg patch under control. Given the poor summer we’ve had in West Wales this year, I can vouch for the fact the slugs have been having a bit of a field day…

They have a lot of willow on their land so Vicky would like to learn how to make things with it such as baskets. Abz is already thinking about a duck pond island he’s going to make for the imminent quacking arrivals and, well, there are plenty more plans and ideas besides. 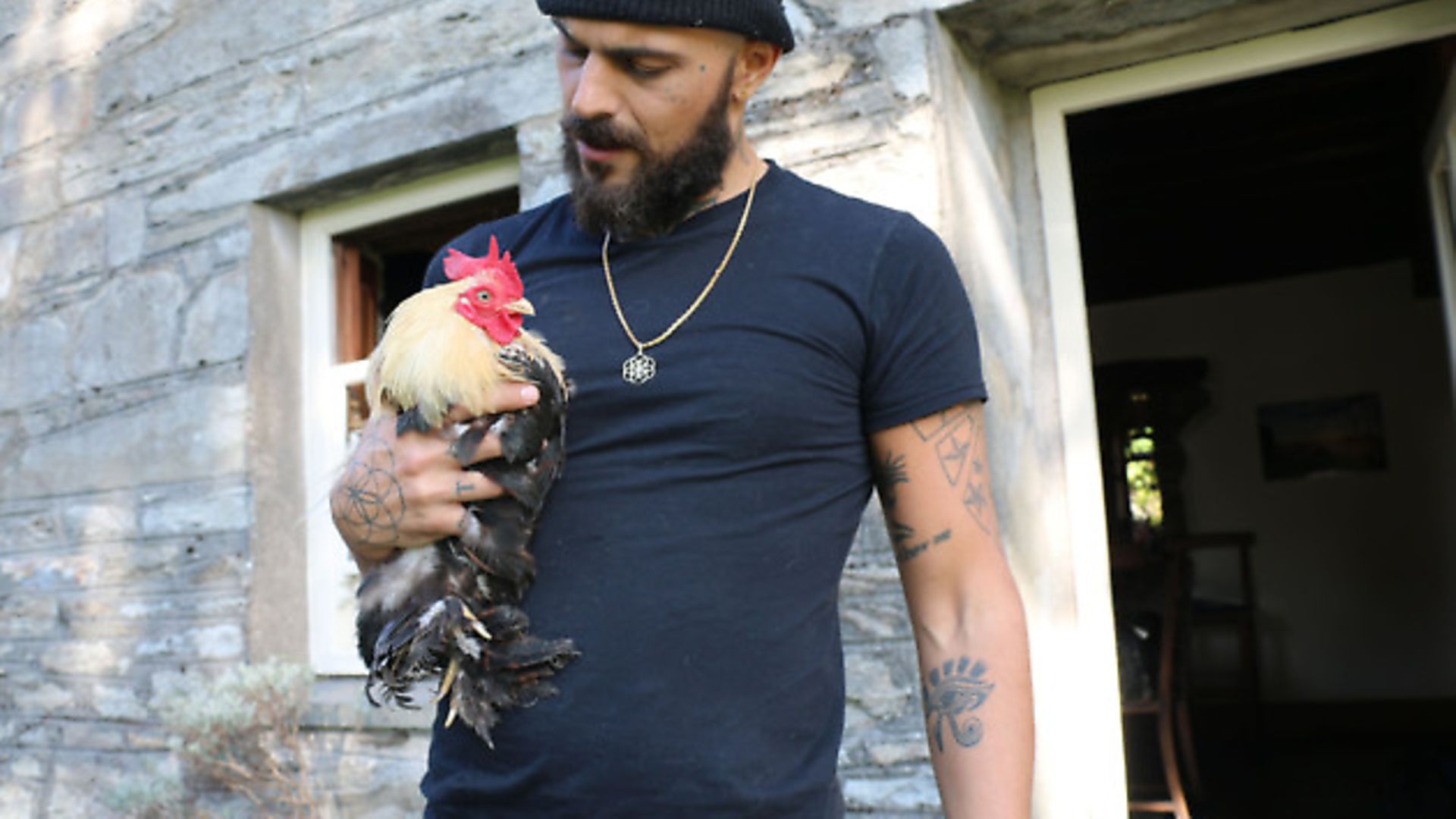 Shortly after I first met the couple the tabloid press got very excited with reports that the Brit award Abz had placed on eBay had reached bids of over a million pounds. The slightly battered award, which had been used as a door stop, was awarded to Abz and his band members from 5ive for ‘Best Pop Act from 2000’. He planned to use money from the sale to buy some topsoil and maybe some gardening tools so was astonished when the bidding went crazy.

In the end there was an issue with the listing so the couple will never know if the million pound bid was authentic or not. Having relisted the item it’s looking likely that they’ll get enough cash to enable them to buy some tools and cover their mortgage payments for a good few months.

Without internet or TV at the property they’ve been sitting around a lot in the evenings talking and playing the odd game of Scrabble. Their traditional farming neighbours have been fantastic and very supportive, as Abz reveals: “They’ve really got us and what we’re trying to do. They don’t care who I am or what I am. To them, I’m just a nice guy.”

Not everyone in their lives seems to get the dramatic changes they have made, however. Fallon said: “Since we moved and started ‘dematerialising’, certain friendships have just fallen apart. It might just be a coincidence but certainly when you say that we don’t have heating – we’ve got solid fuel central heating – it scares people off visiting.”

They’re the first to admit they’re at the beginning of a very long journey and making it up a lot as they go along, but for them that’s part of the fun. It’s a genuine risk – Abz has made and lost money against his will in the past but this time it’s out of choice. “We’re shedding,” Fallon tells me. “We’ve got less material stuff than we’ve ever had before and yet we’re richer because we’ve got our own water supply, our own woodburner and acres of wood around us so we can always be warm.”

What started out partly as a move to enable the couple to be able to afford a home of their own has turned into a quest of a deeper kind, entirely.

“No one’s going to listen to me,” Love says. “But the way to save the planet is we need to all become responsible for our actions and our interactions with each other. People don’t care. If we ran out of chocolate, people would be like wait, what? Who cares about the oil and the ozone layer but if there’s no chocolate? That’s when they kick off when they hear that. The times we’re living in, people need to take responsibility for the future and that is what we’re trying to do…”