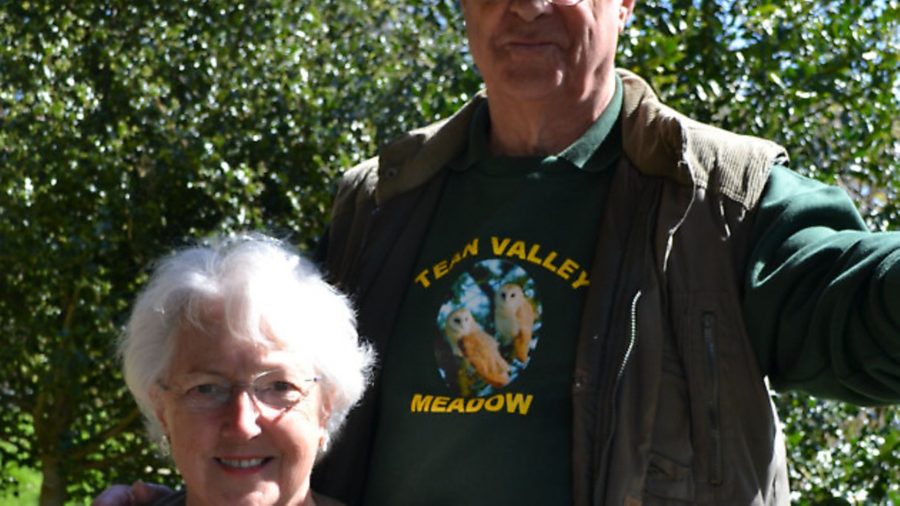 A smallholding couple in Staffordshire are providing a haven for wildlife, especially the threatened barn owl. Penny Bunting reports 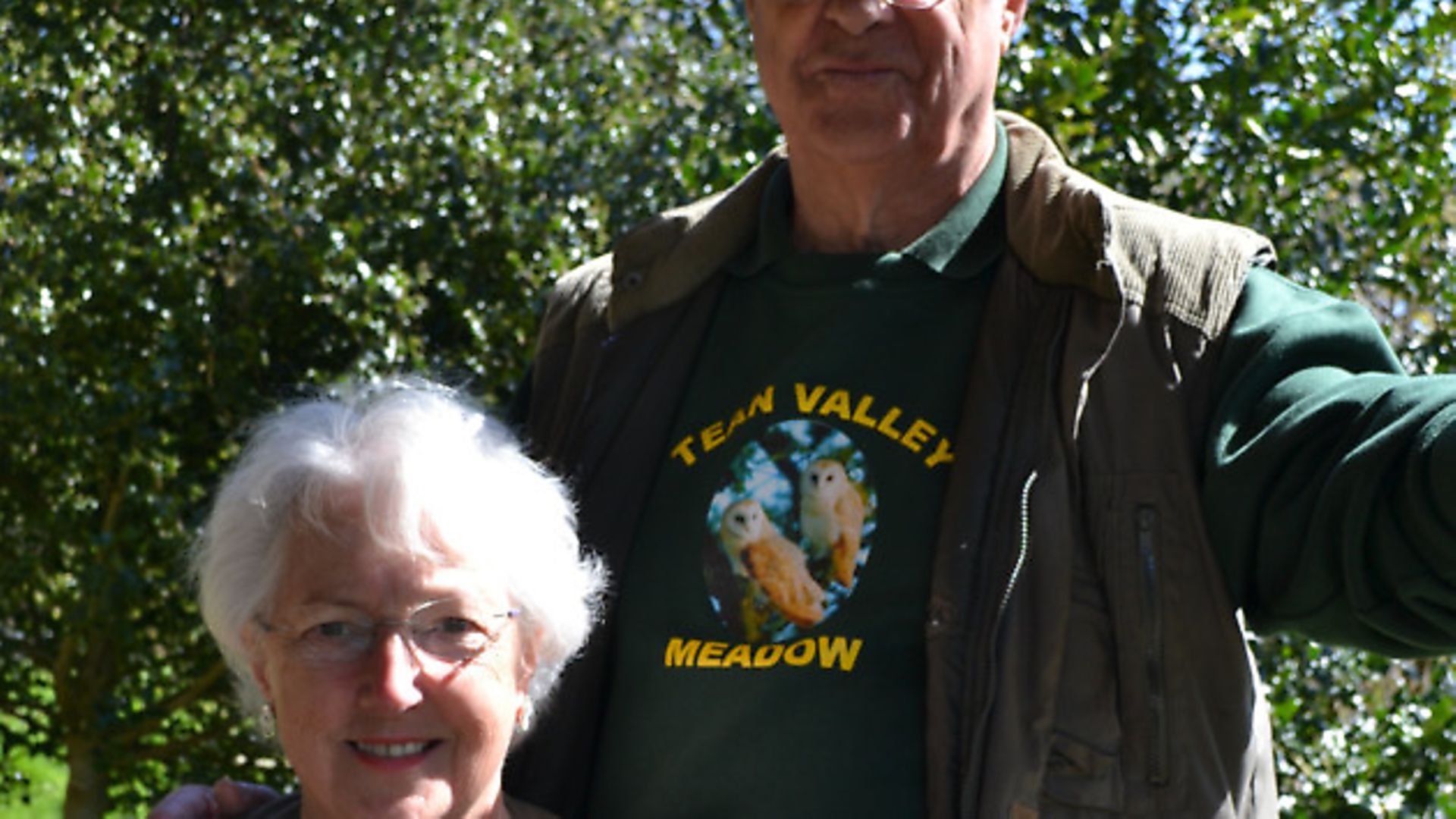 Catching a glimpse of a barn owl in flight is one of the most rewarding wildlife experiences you can have. The barn owl’s large, pale form and heart-shaped face are instantly recognisable – and with its silent flight and ghostly white silhouette it is one of Britain’s most magical birds. 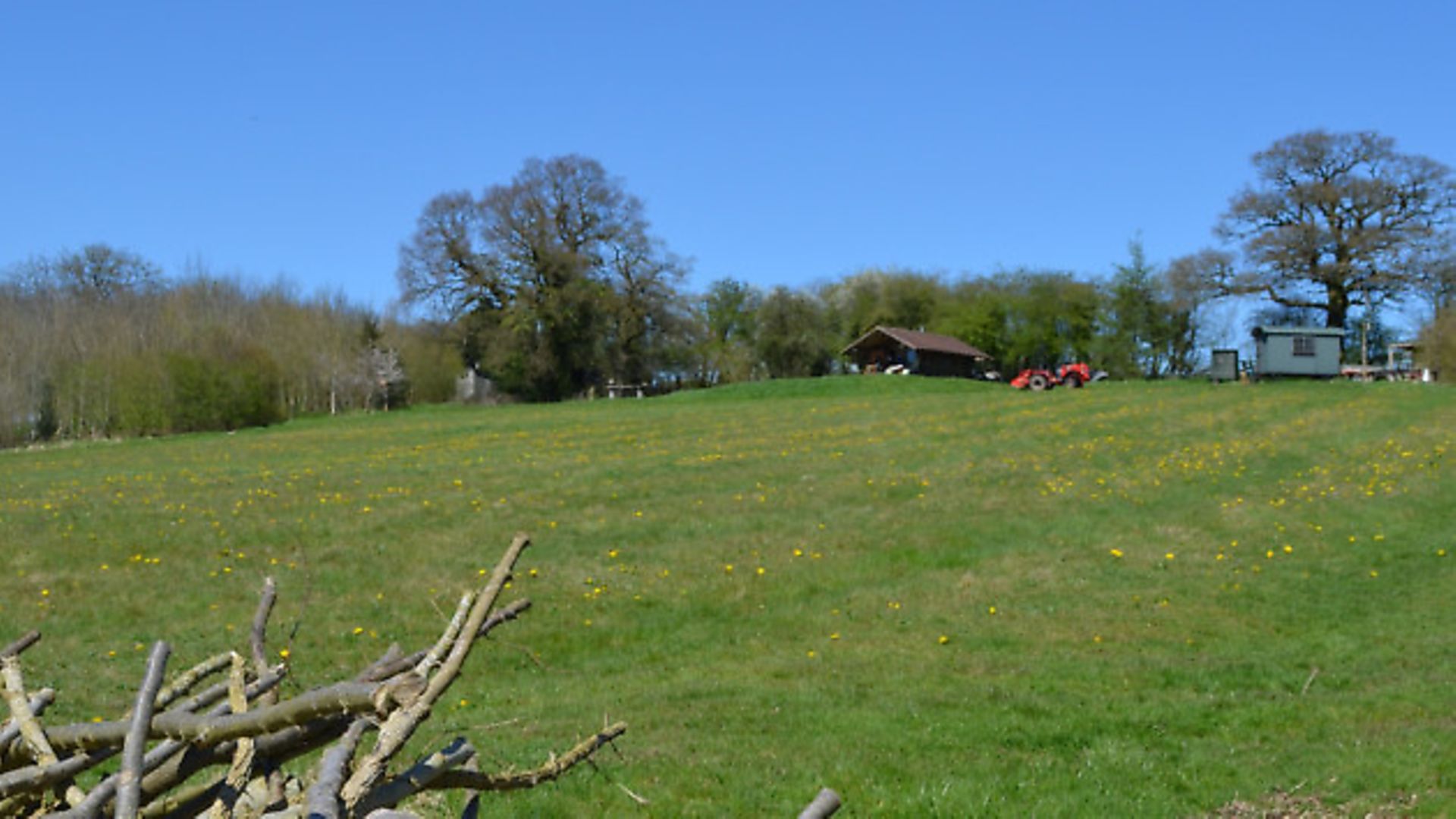 But spotting one isn’t easy. Once widespread across the UK, barn owls have suffered major declines since the 1950s. According to the Hawk and Owl Trust, barn owl numbers have dropped from 12,000 pairs to just 4,000 pairs since 1932. And although this population has now stabilised – a combination of the provision of nest boxes and diversification of agricultural land – barn owls continue to face problems that threaten their survival. 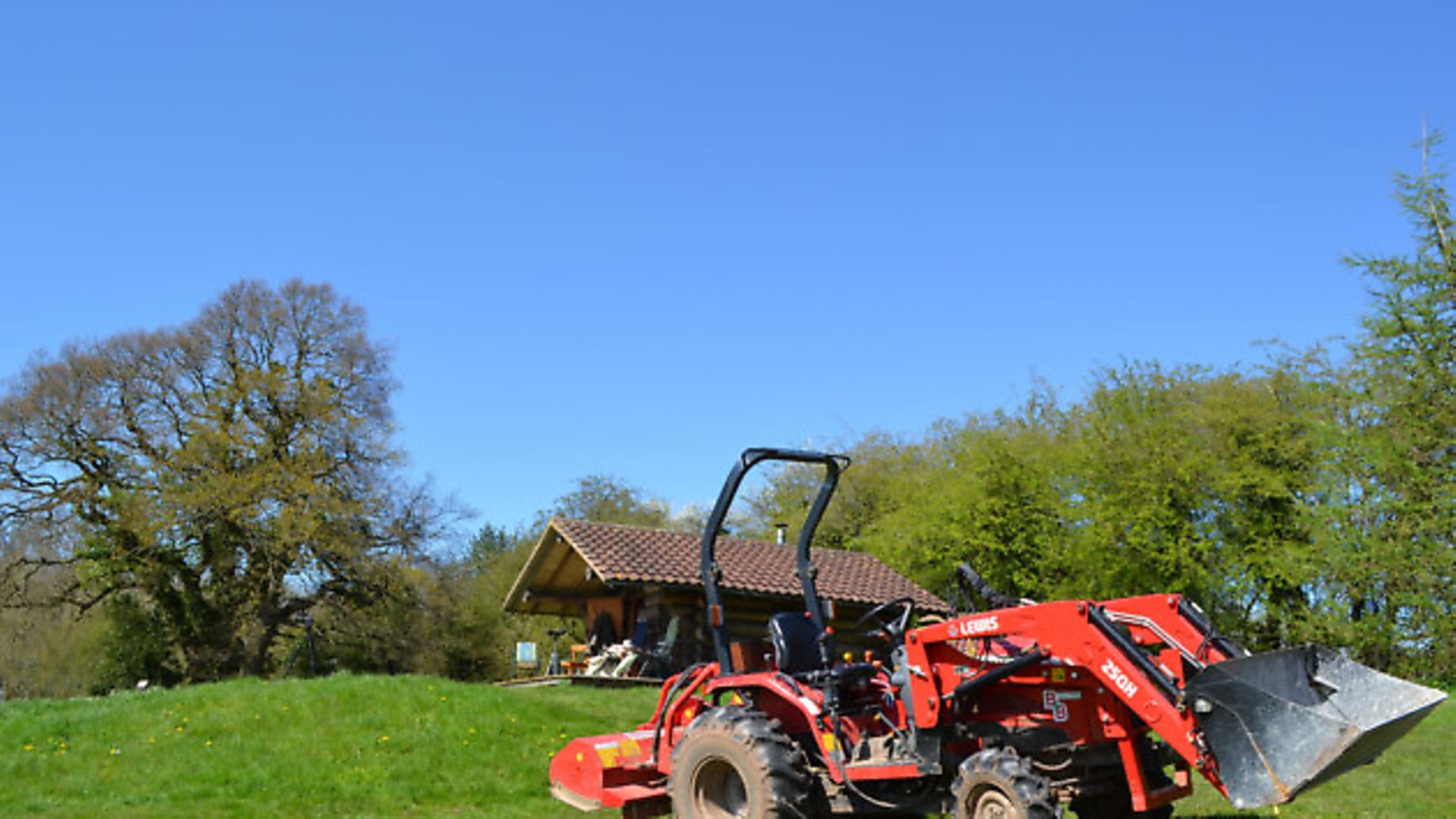 As old barns are pulled down or renovated, barn owls are finding it harder and harder to find places to nest. Intensive farming has led to a loss of foraging habitat, in particular rough grassland. Add to this the challenges created by extreme weather conditions and climate change, and it’s easy to understand why the future for these beautiful birds hangs in the balance. 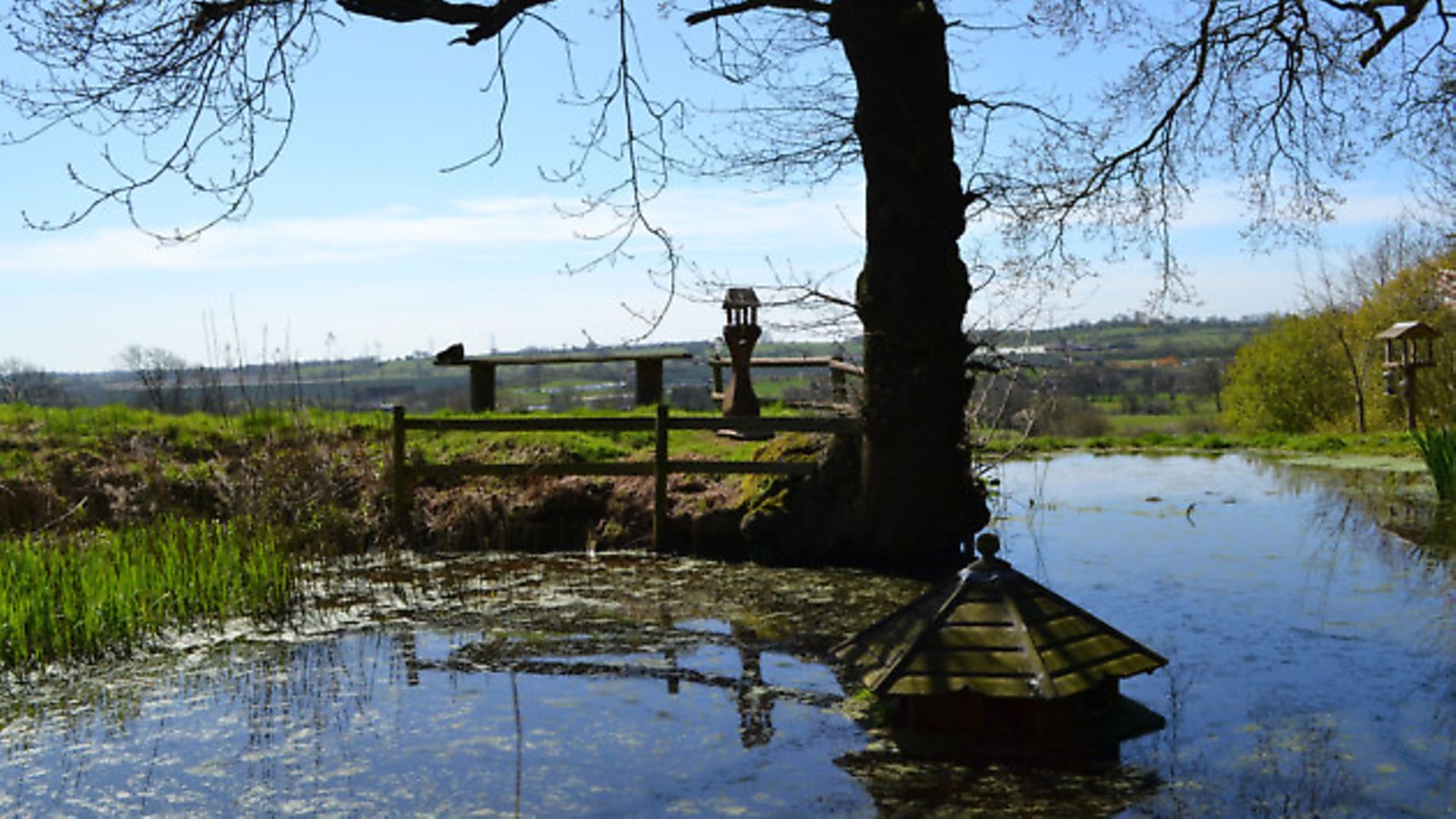 The plight of the barn owl has long been a concern for Staffordshire smallholders Alan and Sylvia Williams. When the couple retired in 2002 they put into action a lifelong dream: to buy some woodland and create a nature reserve that would provide a rich and diverse habitat for wildlife. 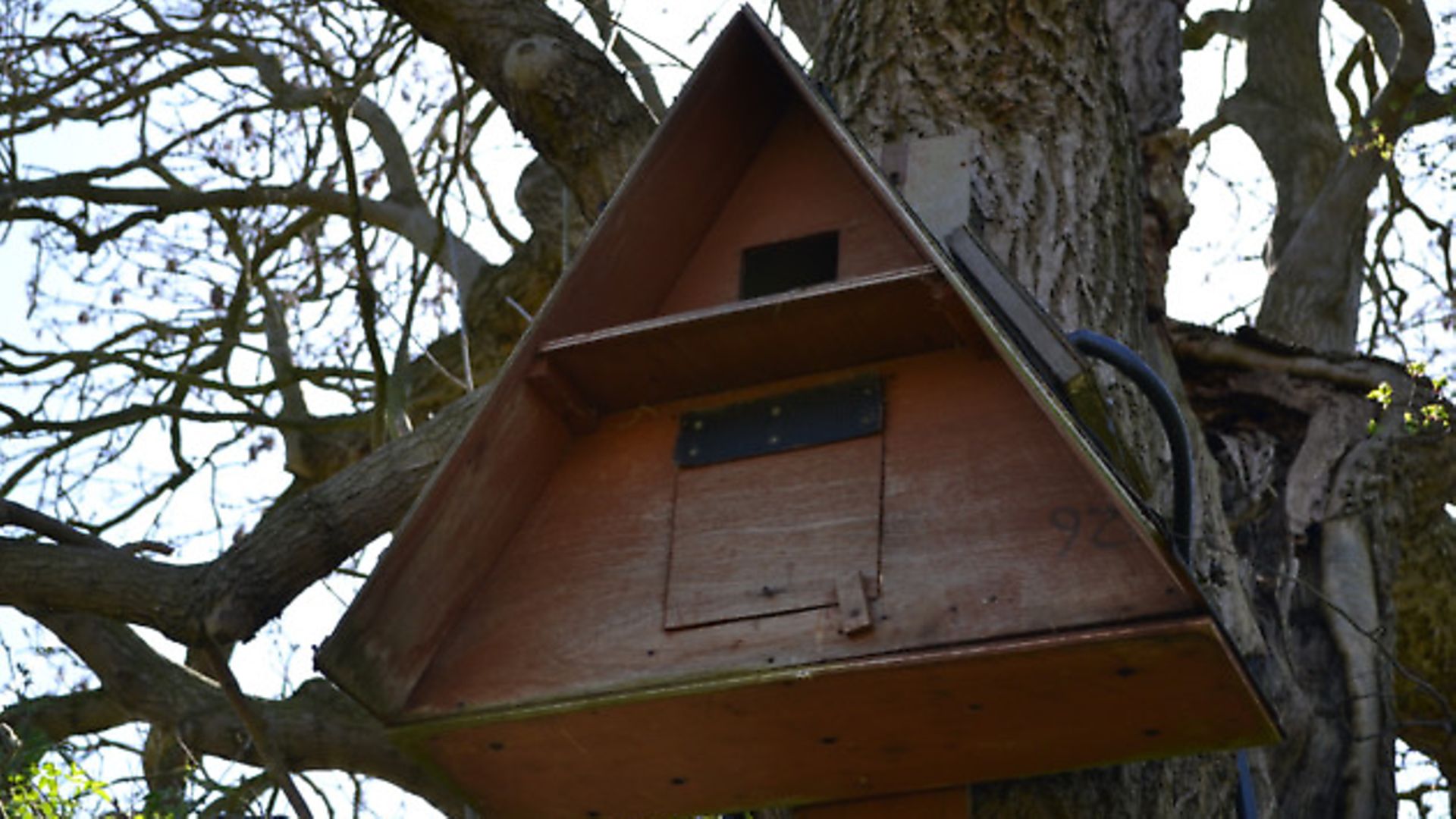 The moment you step through the gates at Tean Valley Meadow, you know Alan and Sylvia’s dreams have been realised. The trees are alive with birdsong, birds flit in and out of the branches, and bumblebees buzz around the bluebells on the woodland floor.

But this was no easy achievement. For a start, finding the ideal plot proved something of a challenge. Alan and Sylvia had their hearts set on a couple of acres of woodland, within a sensible distance of their home – but such land remained elusive.

Then a plot of grassland came up for sale, just 15 minutes’ drive away. At 11 acres, it was bigger than they had intended but was otherwise perfect… except that there there were no trees.

“It was Sylvia’s idea to grow our own woodland from scratch,” says Alan. “We knew it would be hard work – but were prepared to take it on.”

So the couple planted 5,000 trees within a year – a mix of 24 different native species including hazel, oak, alder and field maple. A large area in the centre of the plot was left unplanted and is managed as a wildflower meadow. With no artificial fertilisers, pesticides or herbicides used on the reserve, this meadow of tussocky grass, surrounded by trees, is the perfect habitat for voles – the barn owl’s favourite food.

Along with an ancient hedgerow of mature trees – including hawthorn, blackthorn and damson – that borders the land, and ponds and wetland areas that have been created, the whole 11 acres provides an oasis for all kinds of wildlife.

Alan and Sylvia have a background in engineering, with no previous smallholding or land management experience.

“It was a steep learning curve,” says Alan. “Besides planting the trees, one of the first jobs was to clear and extend the marl pits. They had become badly overgrown, but we could see fantastic potential there for creating a habitat for wildlife.”

There are three marl pits – marl is a mix of clay and lime, historically excavated to use as fertiliser – and two are now large ponds, attracting and supporting a wealth of freshwater species, including water birds, such as the heron and the kingfisher. The third pit provides a sheltered spot for a local beekeeper’s hives.

The couple manage the land themselves. Tasks include maintaining the ponds, wetland and reed beds, cutting the meadow in late summer and woodland management such as coppicing and hedge laying.

Alan and Sylvia also make their own nesting boxes. There are more than 50 boxes and feeders dotted throughout the reserve – and, along with numerous feeding stations, these attract a huge variety of different bird species.

“We’ve recorded more than 80 species of birds here,” says Sylvia. “As well as common birds like chaffinches and dunnocks, we often see woodpeckers, nuthatches and kestrels. One winter we even had waxwings visiting!”

Help with identifying the birds comes from James, a 25-year-old local man with autism, who visits the reserve once a week to assist with the management of the site. James finds the visits therapeutic, as he loves nature and has a special interest in birdwatching.

“James has the most incredible knowledge of birds, and he’s particularly good at recognising birdsong. His input has really helped us to build up thorough records of all the wildlife at Tean Valley Meadow,” says Sylvia.

Other wildlife sightings include brown hares, foxes, bats and lizards, as well as countless bees and butterflies. In the ponds and wetland are frogs, toads and three species of newts – including the rare great crested newt.

Stars of the show

But it’s the barn owls that are the stars of the show, and four barn owl boxes, placed at strategic points around the reserve, provide ideal nesting sites for the owls. There are colour webcams in each of the boxes, which has allowed Alan and Sylvia to observe the owls’ day-to-day lives – this is done via a monitor in the larch log cabin that the couple have built at the top of the meadow. There’s no electricity on the site – the cameras and monitors are powered by 12v caravan batteries.

The footage that’s been collected over the last decade is remarkable – since 2005, 33 barn owl chicks have been filmed being raised. Knowing they had achieved something special, Alan and Sylvia felt compelled to share this with others, and so produced a DVD titled Living with Barn Owls in the Wild.

The DVD, which includes an interview with Professor David Bellamy OBE, offers viewers a fascinating insight into the lives of these enigmatic birds. From the courtship of the male and female and the hatching of the chicks to the fledglings successfully leaving the nest for the first time, it’s an enchanting and informative story – and demonstrates Alan and Sylvia’s passion for the countryside and the creatures they share their land with.

As David Bellamy says of Tean Valley Meadow: “Every barn owl from round about will want to come and live there, because there’s everything they need.”

Living with Barn Owls in the Wild costs £19.95 and is available to buy from the Hawk and Owl Trust at www.shop.hawkandowl.org or www.teanvalleymeadow.co.uk.

u Create the habitat that barn owls need. Maintain hedgerows and tussocky grass to attract the voles and other small rodents that owls depend upon to survive.

u More than 50 per cent of barn owl fatalities are road kills. If farmers allowed hedgerows to grow a couple of metres taller, the owls would fly over the top and avoid oncoming vehicles.

u Poisoning rodents on the smallholding can harm or kill barn owls, as the poison stays active in small rodents for several days – remaining in the food chain. So avoid using poisons – and other chemicals – whenever possible.

u Just like other birds, barn owls need to bathe. But owls can fall into deep drinking troughs and may not be able to get out. A piece of wood placed at an angle in troughs provides an easy escape route for barn owls in trouble.