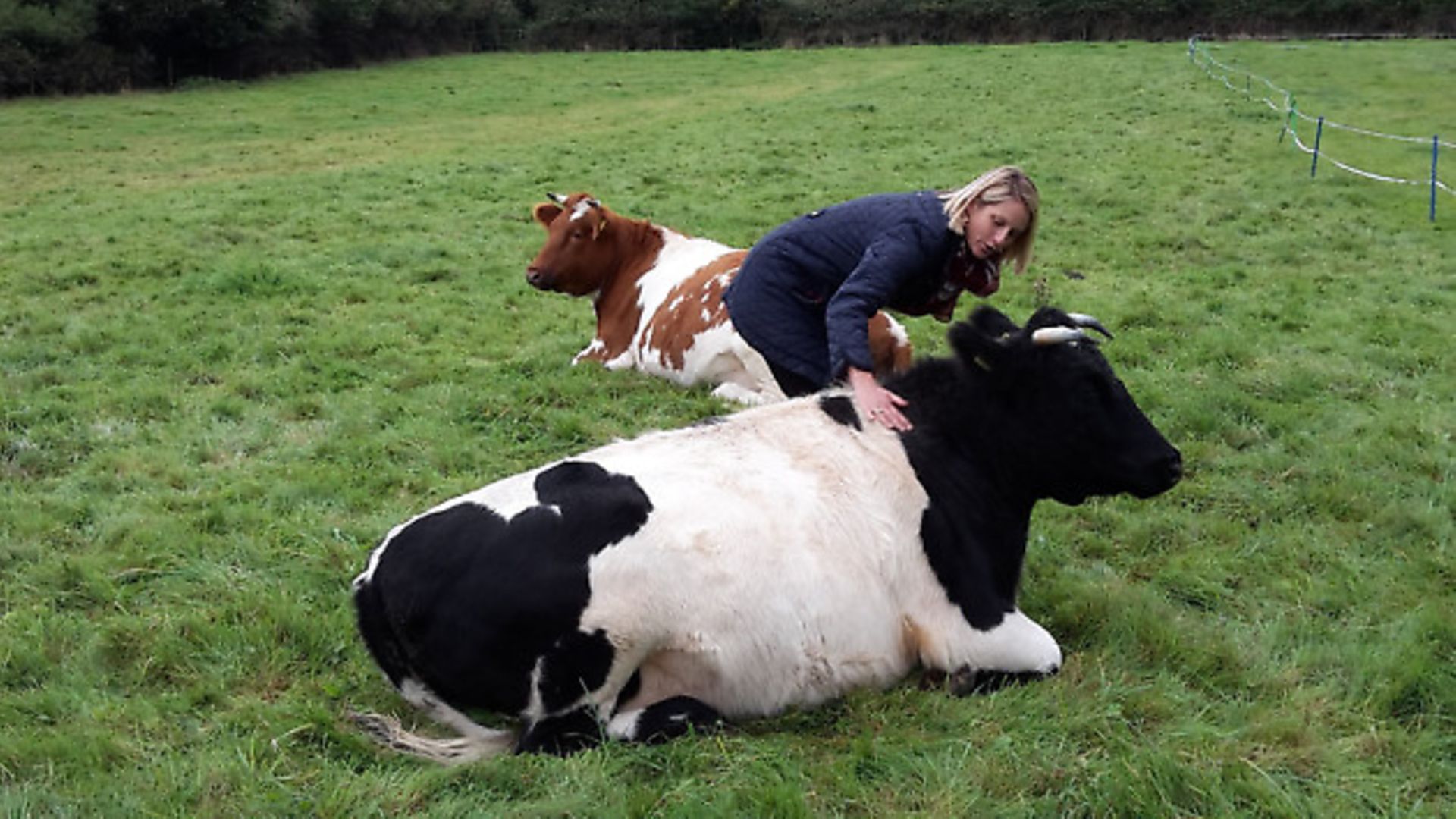 Leanne Edwards lives with her husband Richard and two children, aged seven and 12, on a 10-acre smallholding just outside Bristol. She had always wanted her own smallholding so that she could raise her own meat, and her concerns over the way livestock in the food chain is treated had almost turned her into a vegetarian. Her primary aim is to make sure her animals are properly cared for and some are kept as pets, rather than for meat or breeding.

Their smallholding is in a lovely quiet spot, hidden away and off the beaten track and is an idyllic retreat with a stream running past the front door and surrounded by trees and fields. They moved there in 2009, but their plans to get started on smallholding were put on hold in the winter of 2010 by the discovery that the stream had flooded and water was coming up throughout the ground floor of their farmhouse. They had to dig up the whole ground floor and have the house protected from further flooding. They now have a lovely waterproof home and have been busy creating their smallholding from scratch.

Some of the land needed clearing of scrub and they haven’t been short of grass, much to the delight of their two gorgeous Shetland heifers, Pearl and Bryony. “They are a bit chubby and very greedy, particularly Bryony who moos loudly when she wants more feed!,” said Leanne. “They are about to have a shock though, as we have got a Shetland bull coming to visit, so hopefully they are not too fat.”

Leanne and Richard have divided their land into small paddocks to house sheep, goats, cattle and pigs with shelters for their animals and a small barn for feed. Some of the land has been cleared and planted up as an orchard of 23 local varieties of fruit trees, including plums, pears, cider apples and suchlike. There are two Jenkins Pear trees with a bench beneath them in memory of Leanne’s parents, Brian and Diane Jenkins, who have sadly both died since they moved in. Bryony the heifer was named after Brian as she was born on the smallholding on the day of Brian’s memorial. 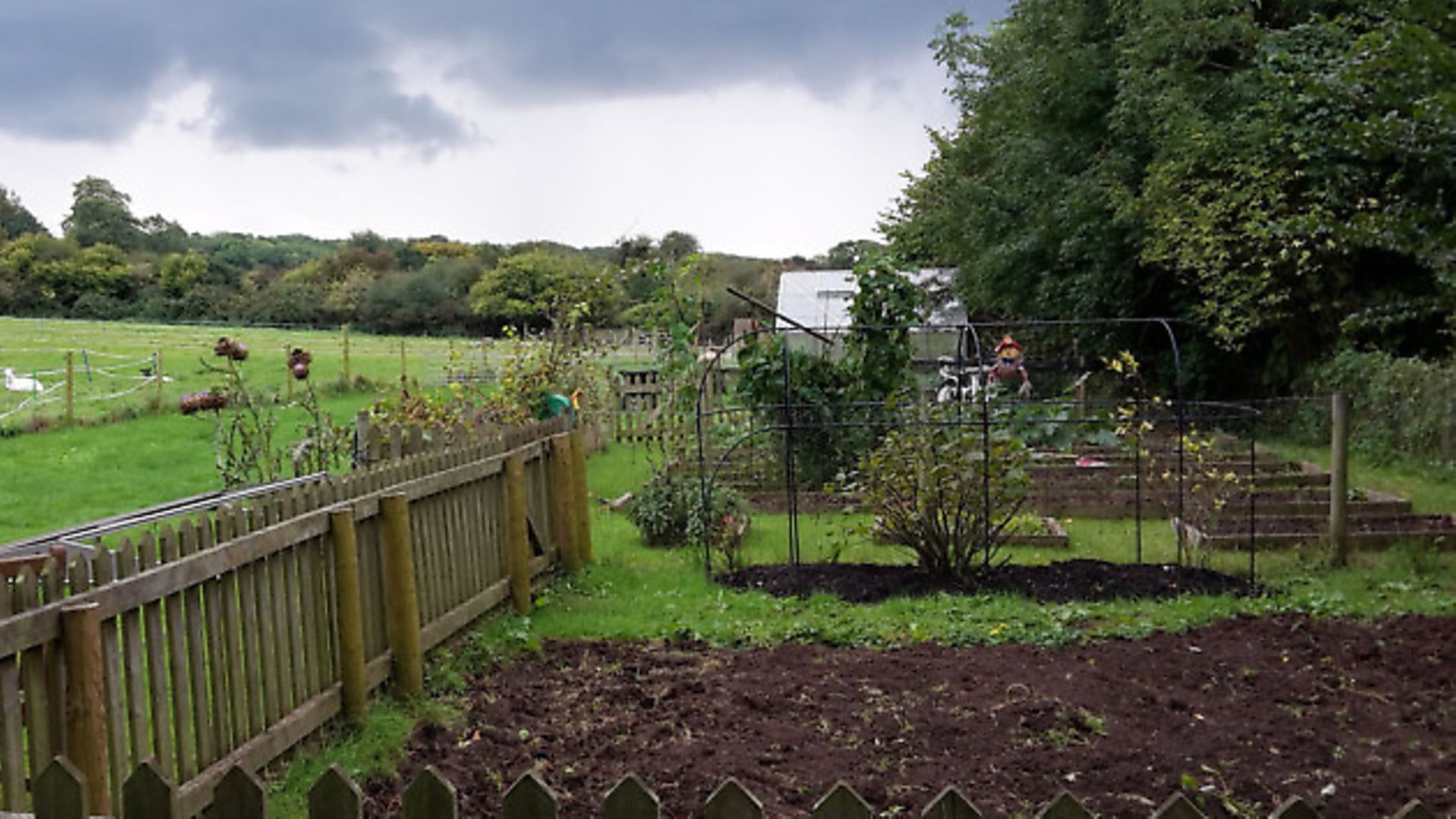 Setting up a smallholding takes a lot of courage and a great leap of faith, and Leanne has worked hard to learn about the animals she has bought or rescued. With Richard working full-time as a neurosurgeon in Bristol, she describes herself as an “almost one-woman band” as most of the time she is managing the smallholding alone and has two school-age children to look after as well. Over the last couple of years, she has managed to amass a wide variety of animals and is now looking to expand her range of home-produced meat.

Their first purchases for the holding were four chickens to supply them with fresh eggs. Despite a few visits from the fox, they have expanded their flock and now have a dozen birds of various breeds and a double row of electric fence! The children earn their pocket money from selling them on the doorstep to passing dog walkers and supplying their friends and family.

They also have four cats “who are meant to keep the rats and mice down”, says Leanne, and two labradors, Meg and Betty, who was rescued from a farmer in Wales. “She had been attacked by another dog whilst pregnant and had a caesarian and the farmer no longer wanted her. She had never been indoors and had little human contact. As a result, she is still frightened of men and will flinch if you wave a spade or rake near her.” This was four years ago, and she is now a fit, happy, friendly dog who is a testament to her new owner.

Rescuing animals is something that Leanne considers to be an important part of her role as a smallholder, and she has two lovely pet nanny goats, Beryl and Ada, who live alongside the cows in a happy free-range life, which contrasts hugely to their imprisonment and neglect in the stable where she found them. 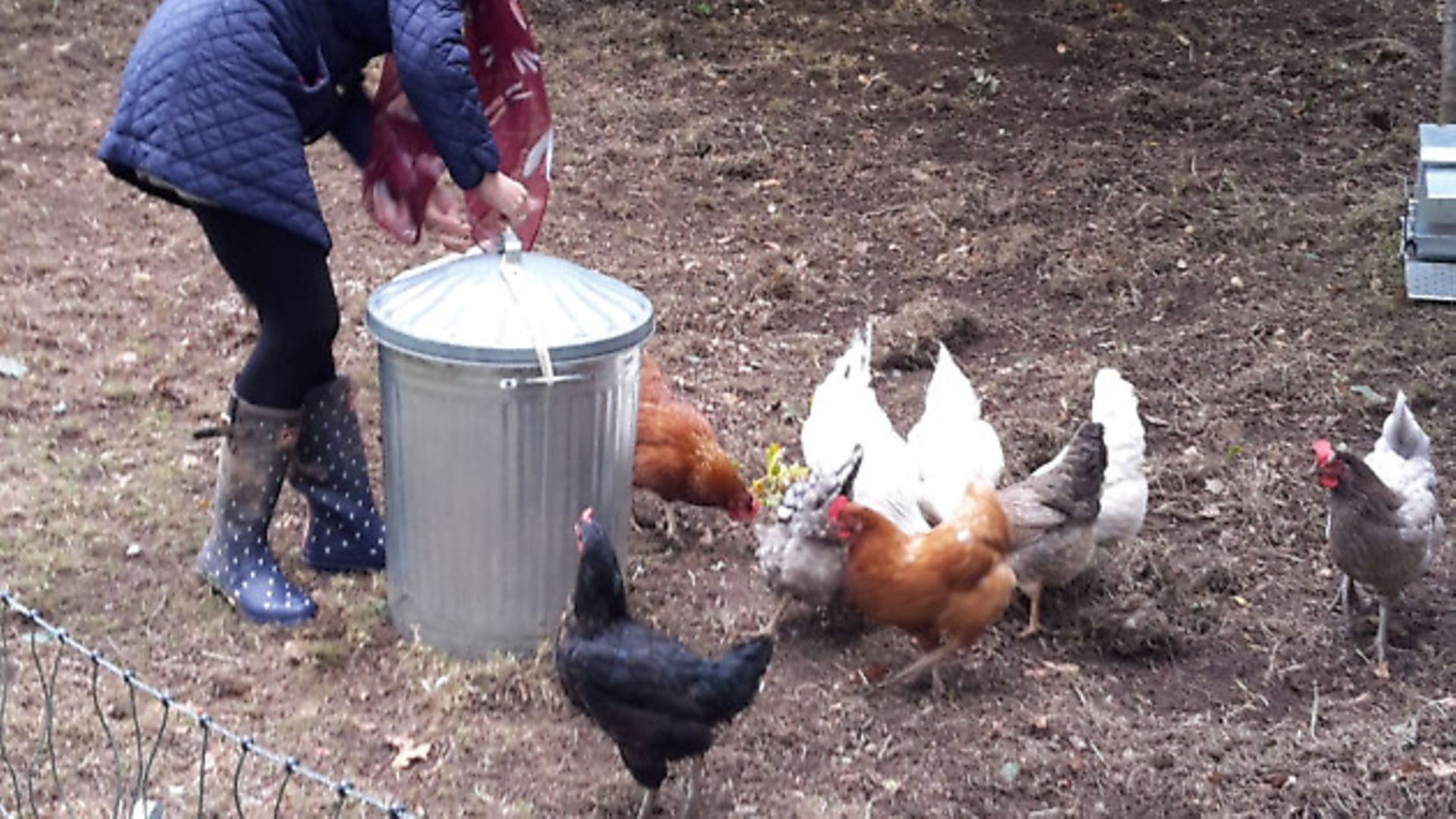 Their own free-range pork was also a priority, and Leanne started by successfully rearing two Oxford Sandy and Black piglets, sending them to the local butcher who turned them into fabulous pork, bacon and sausages, which she described as “amazing”. They now have two Large Black weaners, also for the pot, and two OSB sows both of whom are expecting Large Black cross piglets this spring.

Richard’s primary interest in the smallholding is keeping bees. I first met Richard when Leanne bought him a place on one of my Beekeeping Taster Days for his birthday. (I get a wide range of people from all different walks of life on my courses, but it isn’t often I get neurosurgeons, let alone two at once, and they were keen to get to know each other once the course had finished! ) With the smallholding developing apace, the hive is ready to be located in the new orchard and the bees are due to arrive in the summer. Locating the bees in the orchard will help with fruit pollination and hopefully provide them with some fabulous honey for their own use as well.

Leanne has also got three Easy Care ewes and their Southdown cross lambs who were born in 2014. Her first lambing went very well. “There were no major dramas, although we had one large lamb who took an age to arrive and one new mum came close to rejecting one of her twins,” says Leanne. They lambed outside in one of her small paddocks near the house and she admits that she missed most of the births, usually because she was on the school run! Not having to find a shearer for her ewes (Easy Care sheep shed their fleece) is, she says, “one less problem to have to think about”. This success has given her the confidence to expand her flock and she has purchased an Easy Care ram for this year and four more ewes, plus she has the crossbred ewe lambs from last year. Richard’s mum, who lives in Cambridge, also keeps sheep, but has cut back over the last few years and has a lot of surplus grass, so, rather unusually, they get an annual gift of 200 small bales of hay, only paying £100 for the haulage!

They still struggle in the winter with the stream which runs through the middle of their plot and, when it bursts its banks, all the animals can be cut off from the farmhouse. They have yet to buy any machinery to use on the smallholding as well, so getting to the animals and keeping them fed is quite a challenge, but Leanne is determined to get the most out of this lifestyle choice. “It is important to me to know where my meat has come from and that my animals have a happy life,” she says.