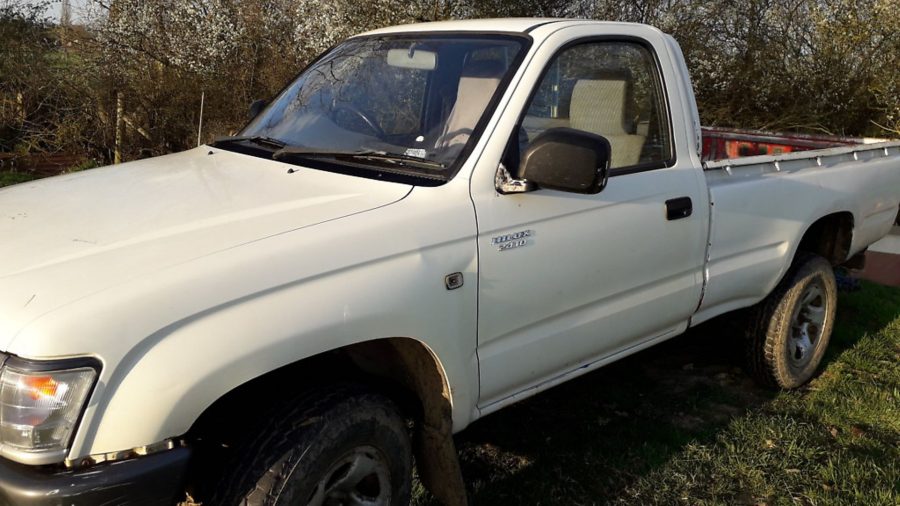 Paul Kimber, who runs a smallholding in Paddock Wood in Kent, reveals how much he loves the strength and sound of his trusty 4×4, while his comfy chair, which is perfect when needing a break, comes a close second 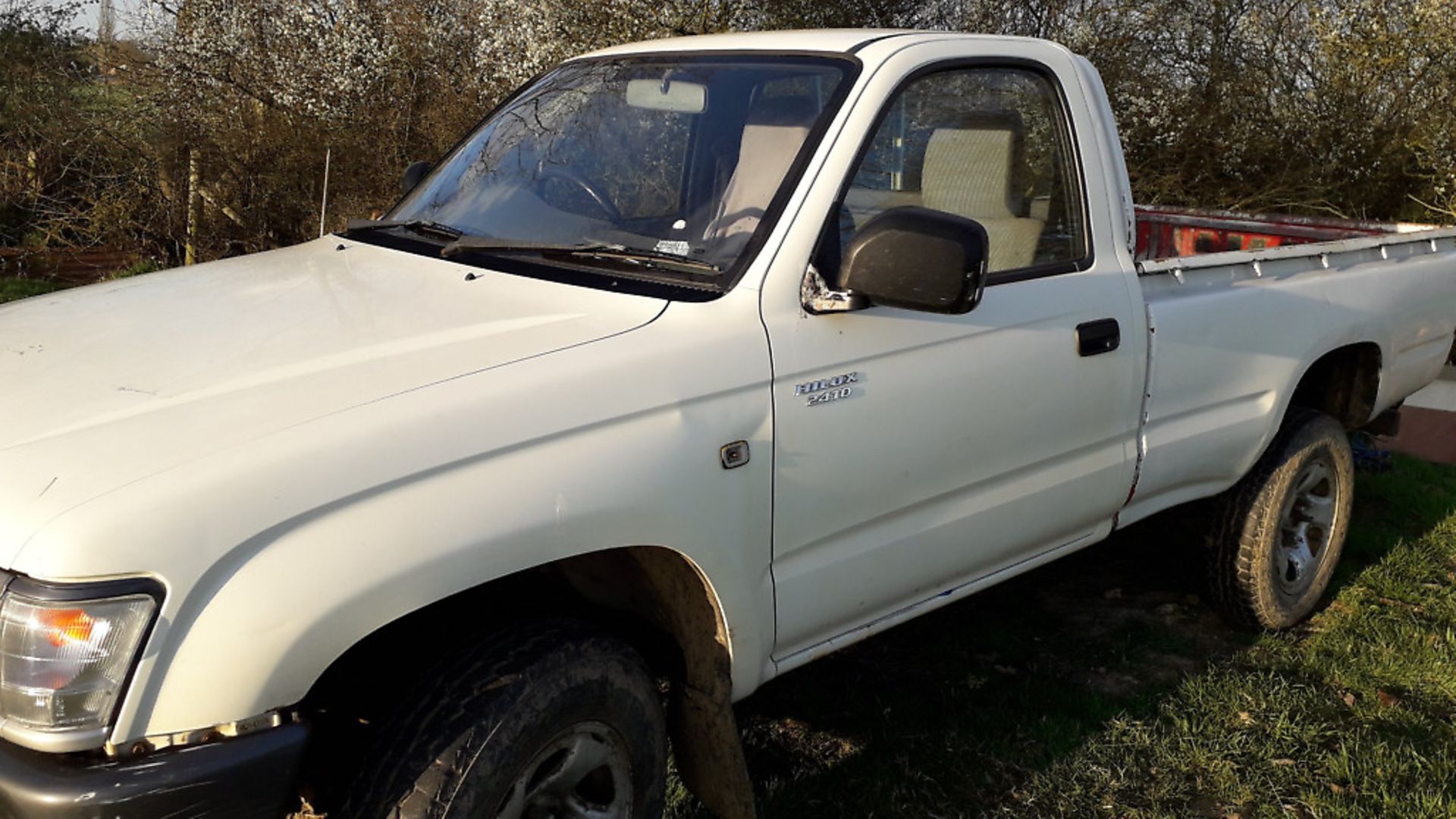 Paul Kimber and his wife, Sue, had been actively looking for land for eight years before they located their current “dream” 14 acres near Paddock Wood in Kent, moving their animals in last summer.

The holding has pan-flat pasture land, with good grazing — too good, in fact, as one of their donkeys recently developed laminitis. Additionally, there is a pond and two small parcels of woodland. The purchase price included a terraced row of eight hop-picker’s huts which provide storage and shelter.

With no house on the land, the couple still lives in Tunbridge Wells, but they are already in talks with local planning consultants about building one on their ground.

Far from being a full-time farmer, Paul has a prestigious ‘day job’ — he works as principal double bass with the Royal Opera House orchestra. He also performs on soundtracks for films and TV programmes and, continuing his creative streak, writes fiction as R S J Steel. 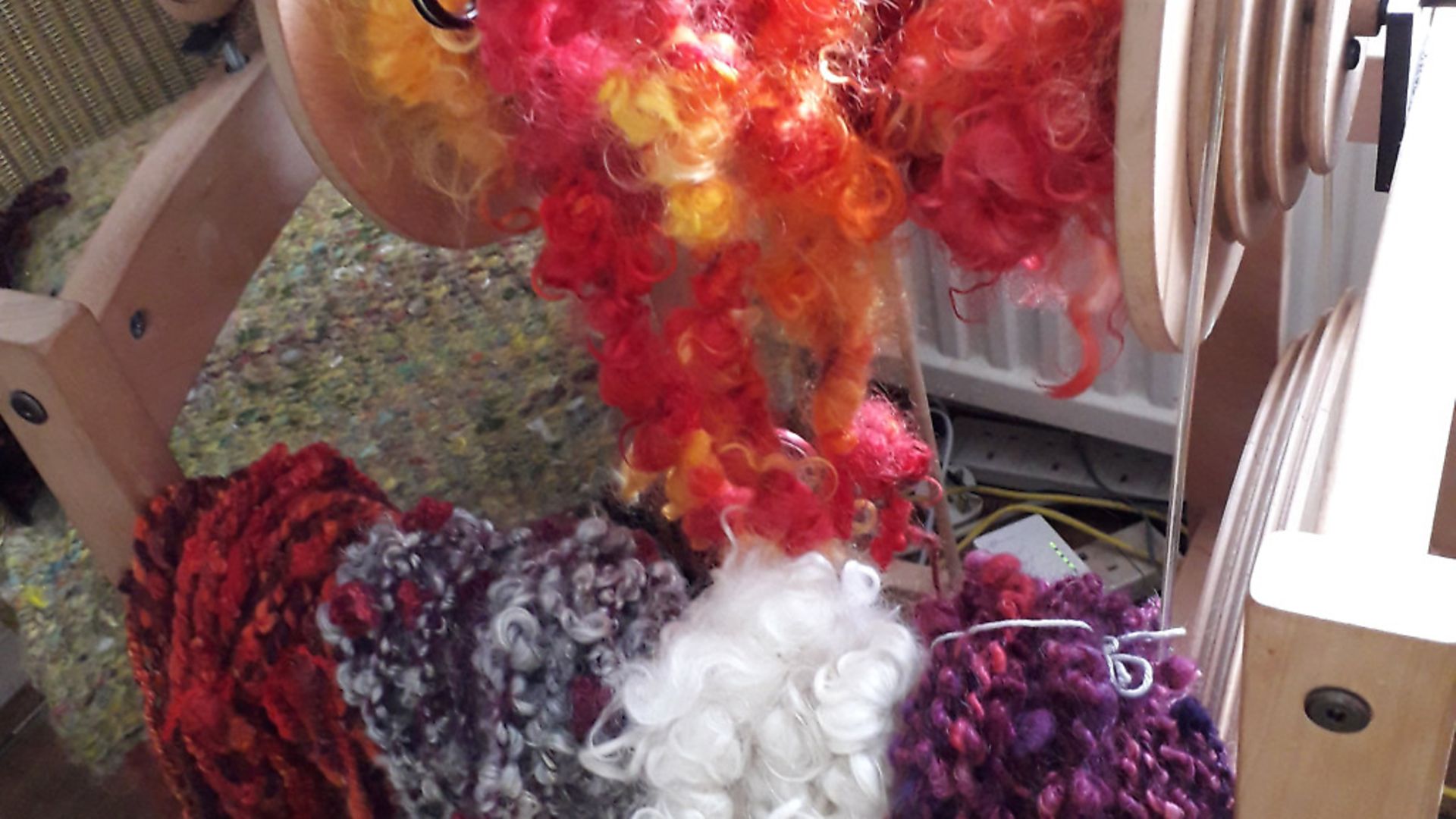 Future plans include sheep — like the goats, selected for their fibre — and Paul and Sue recently adopted some mixed-breed orphan lambs from a farm with a high-fibre quality flock. An orchard, soft fruit and veg and chickens are also on the agenda for this busy couple. 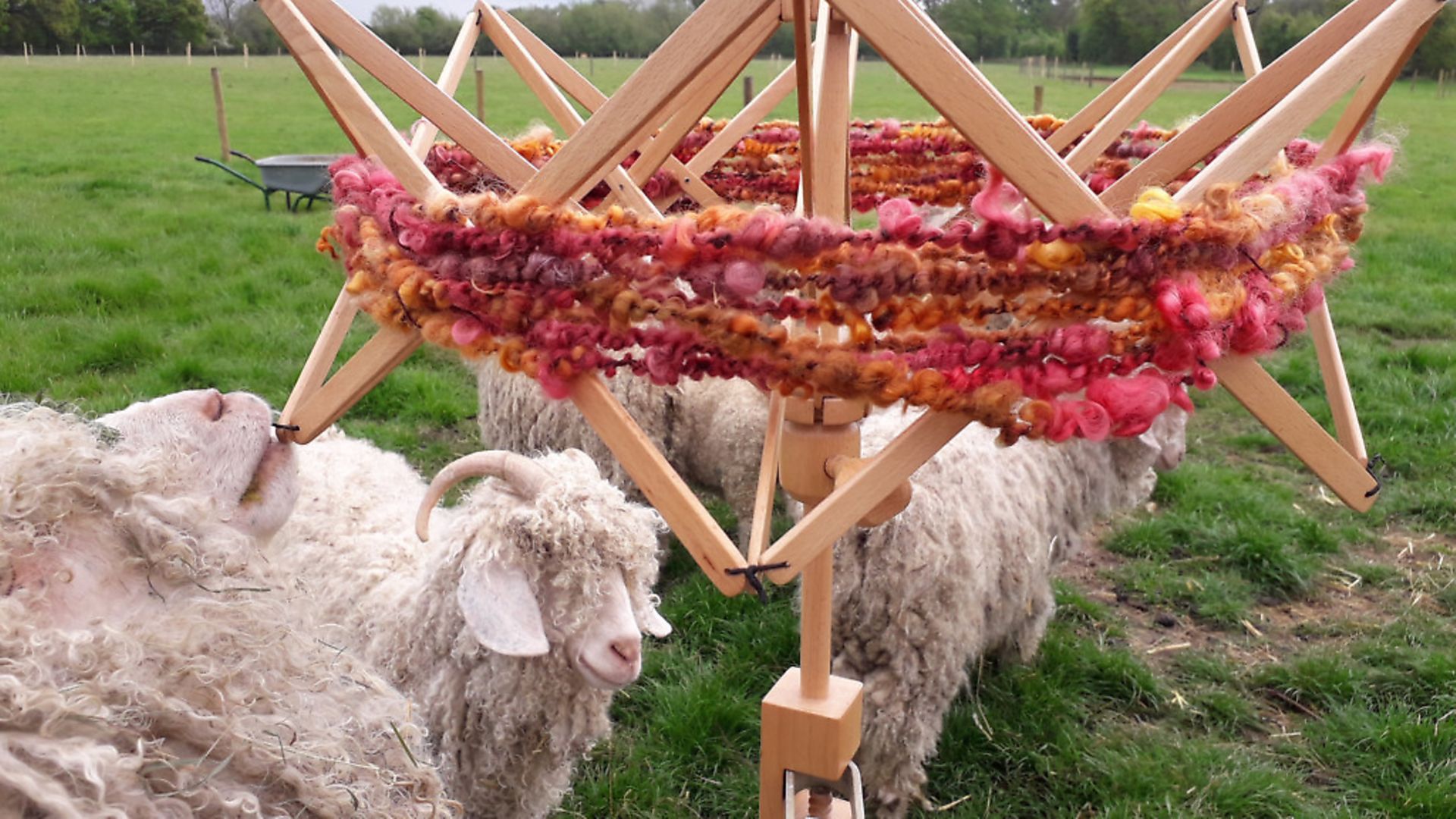 My 2001 Toyota Hilux literally got me where I am today. It also got the goats, donkeys and every single item of infrastructure and equipment on the smallholding where Sue and I are today. The same model as the vehicle famously tested to near destruction by BBC’s Top Gear team, it has the strength of an ox, coupled with the patience of a saint. It has two fanbelts and two batteries, just in case, and the fuel consumption (about 30mpg) is surprisingly good for such a heavy vehicle. I even find the deep-voiced, slightly rattly sound of the engine curiously comforting. 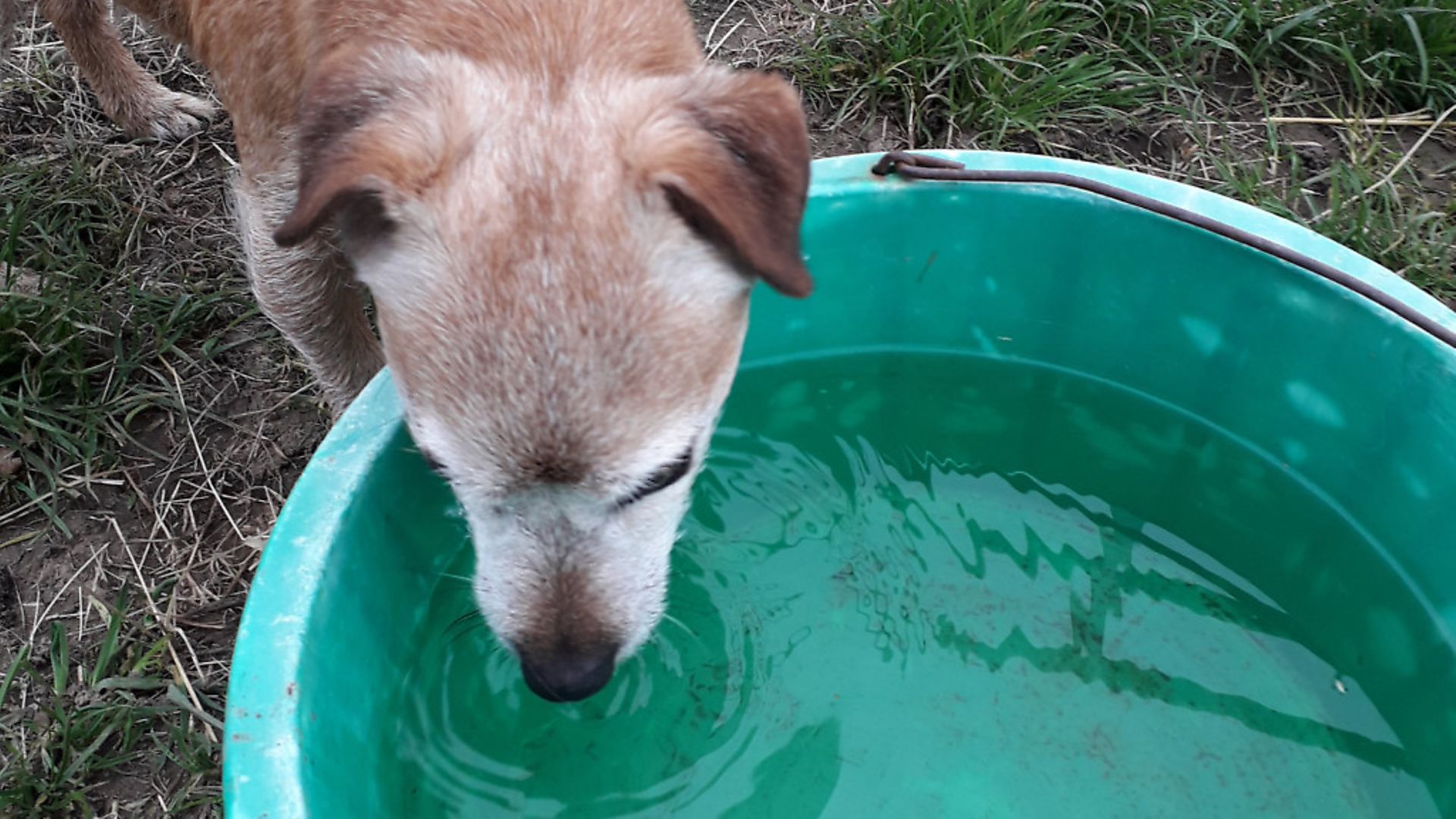 A happy marriage of form and function, the traditional spinning wheel still does what it says on the tin. It demands enough concentration to draw one into a slower, steadier, more sustainable head-space, but not so much as to eliminate the possibility of conversation, or listening to the radio. 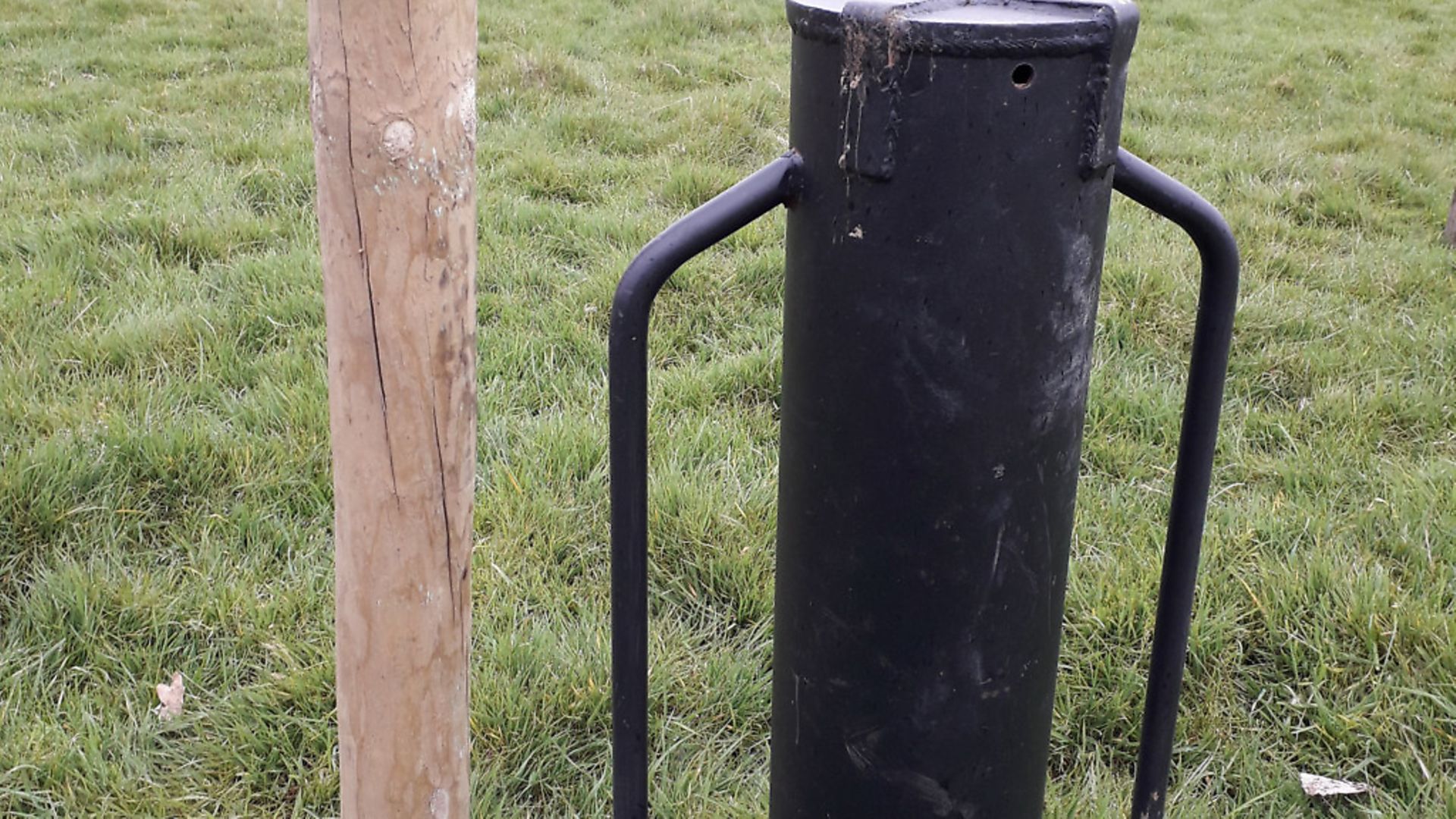 This is a simple trellis-style expandable wooden turntable that clamps on any flat surface and is spun by hand to get yarn to a point from where it is easy to fold into skeins (opposite, top right). It is being inspected in the picture with interest — or should that be suspicion? — by the original owners of the raw material. 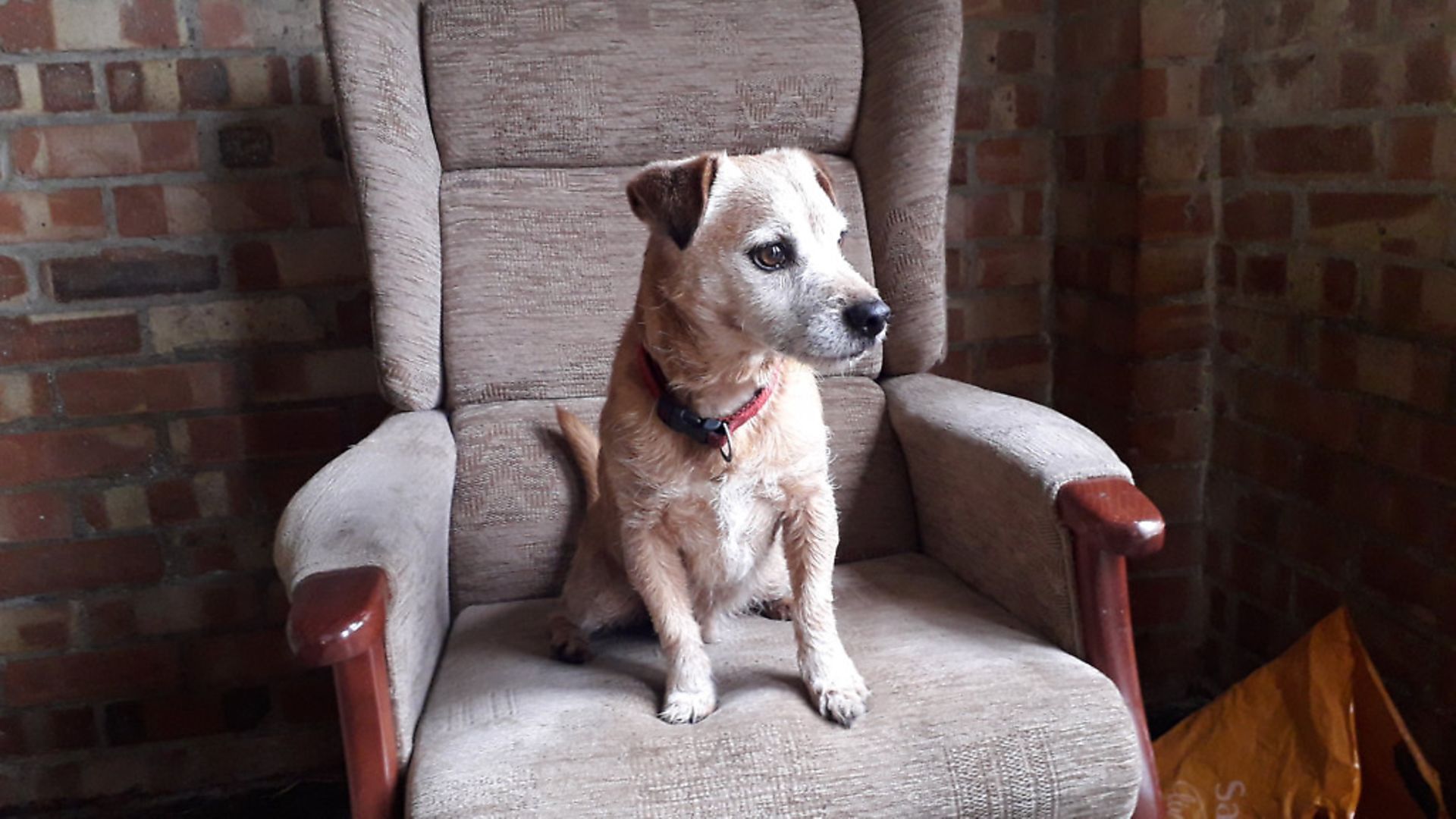 Perhaps a little primitive by modern domestic standards, our stand-alone, mains-powered spin dryer has reduced to a fraction the original drying times of freshly washed Angora fibre, thereby freeing valuable radiator space for drying my wet socks; although maybe they should go in the spin dryer too… 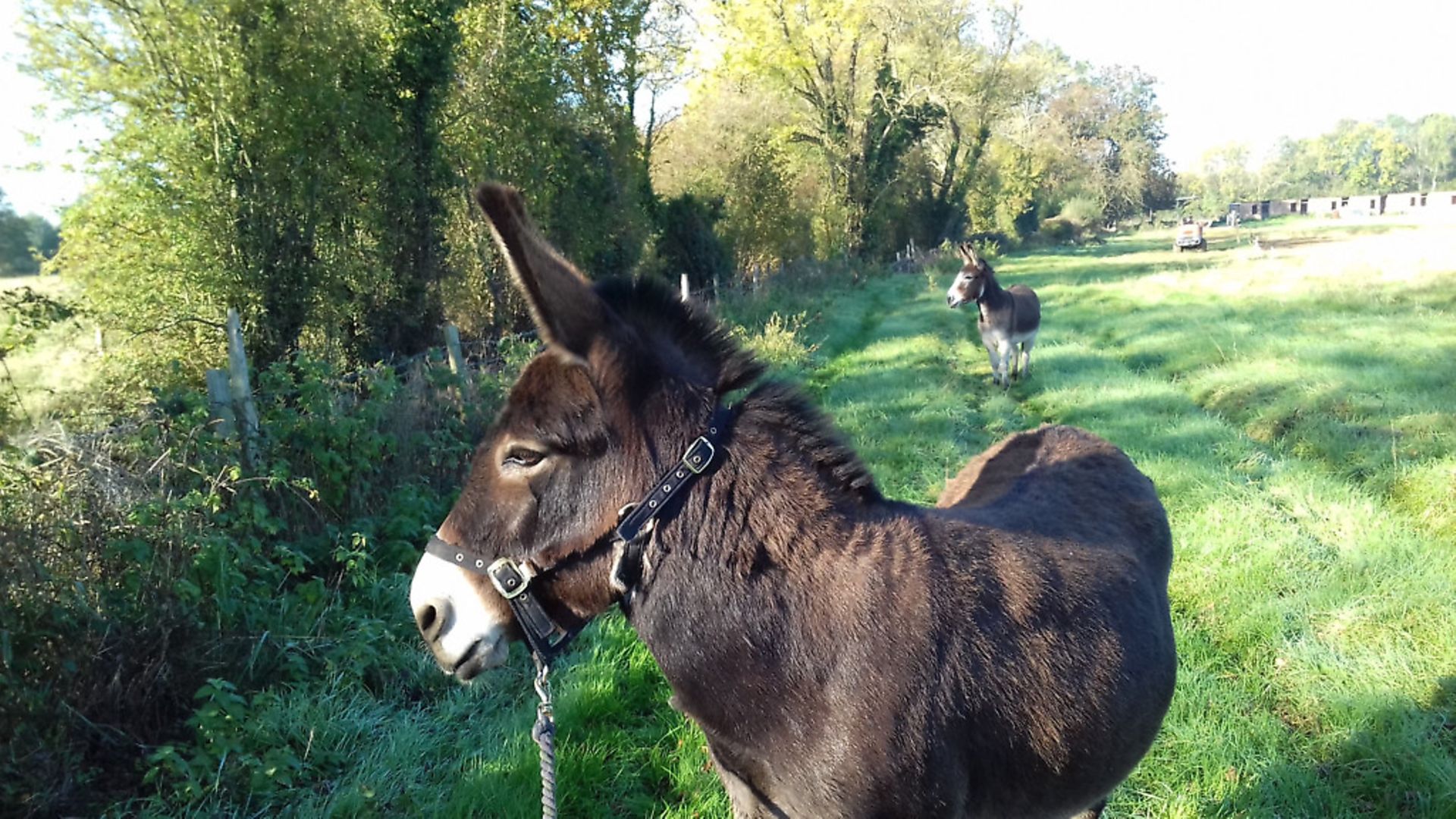 Easily taken for granted, until you get a hole in it and are moved to write a song to your dear friend Liza about it. I have always fetched and carried water by bucket through necessity and I don’t mind it at all. The artistic highlight is when the surface of the water in it is frozen on a crisp winter morning, creating a translucent, perfectly circular disc. 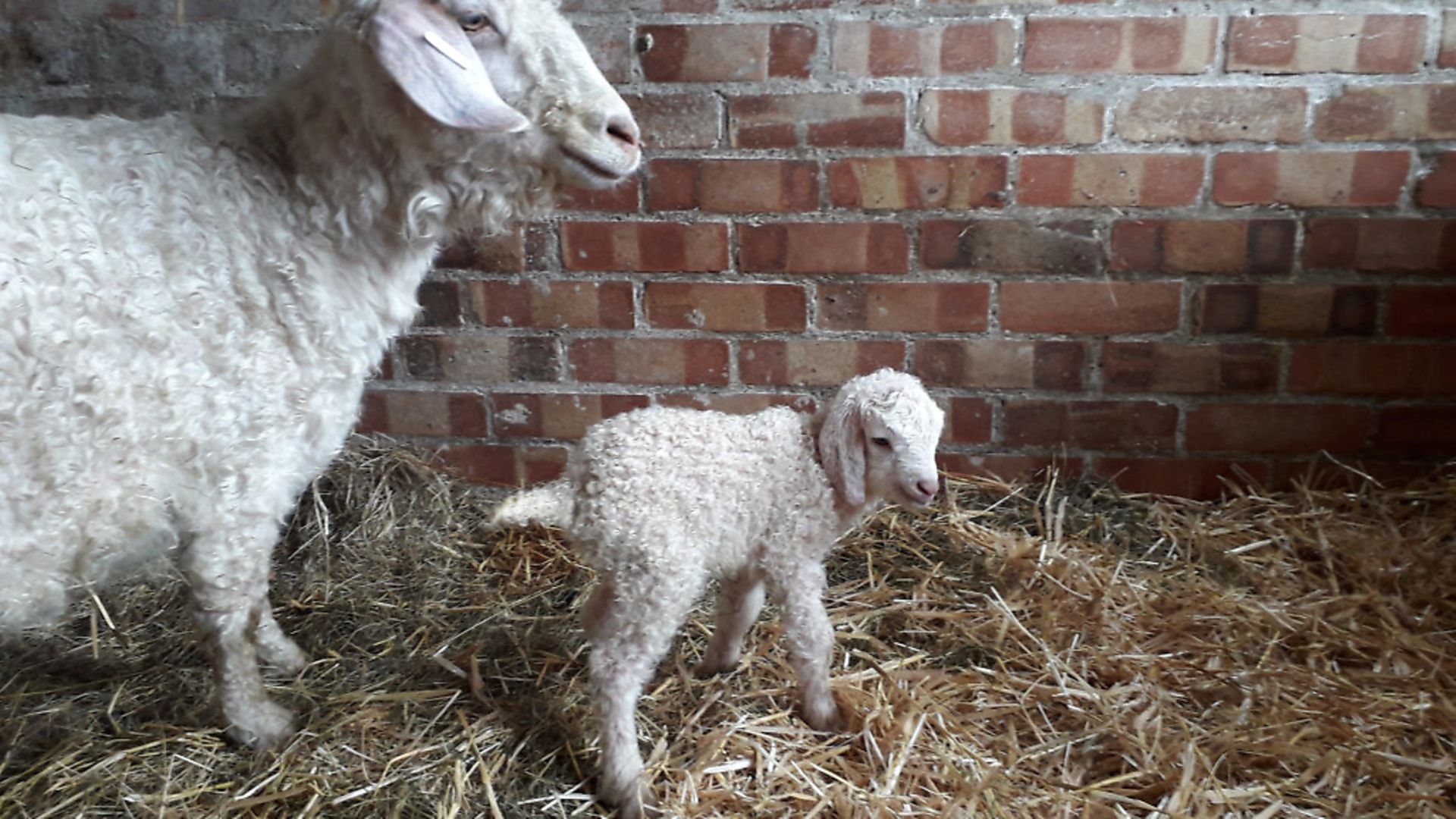 Our smallholding came to us as one large field, so we are currently engaged in fencing off paddocks for the angora goats and donkeys. The post driver creates a fine, ringing, bell-like note which echoes back from a nearby building, producing a great musical effect. 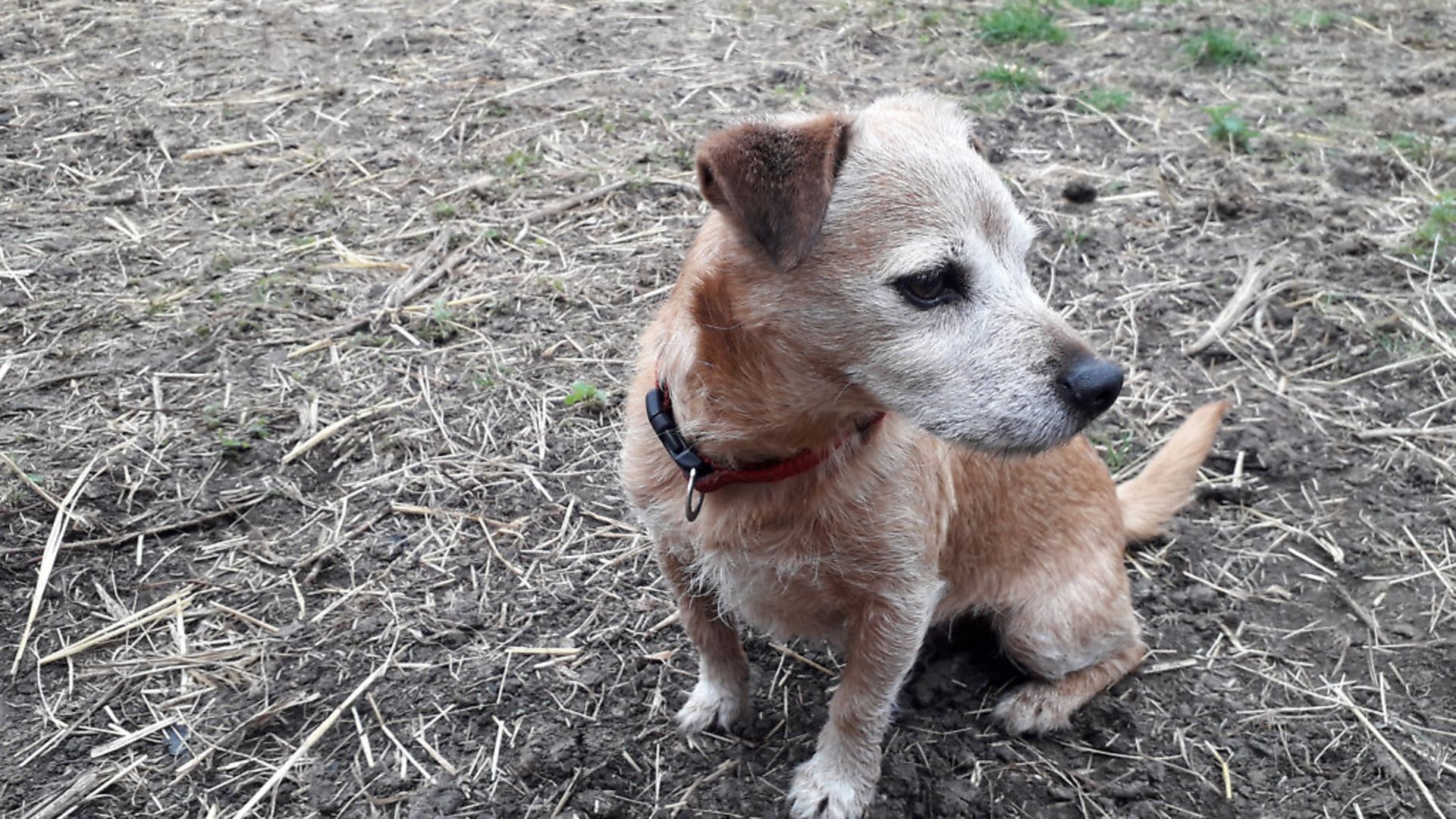 Smallholding for us was originally purely a business project to support my wife’s @farmcrafts fibre enterprise. But the therapeutic effects of being outside, in close proximity to plant and animal life, rapidly became apparent. As I was recuperating from a recent illness my daughter turned up at the holding with a comfy chair. I can pull it out into the sunshine or leave it under cover, but either way it was a godsend then and it continues to do its supportive work now when I need a bit of a sit down.

Our two donkeys, Mindy and Ruby, have been with us almost from the beginning of our smallholding adventure. When we first had access to some land and Sue asked me what animal I would put on it in addition to goats, I instinctively knew that donkeys would fit the bill. And they have turned out to be marvellous company — friendly but not needy and generally reasonably well behaved, although it’s not that long ago they seized a window of opportunity and made their way down the road to the pub at the next junction, deftly yet casually staying just out of reach. They spent a happy afternoon in the beer garden making new friends while halters were fetched and blood pressures lowered with the aid of complimentary drinks.

Yesterday there was a big goat. Today there is a big goat and also a tiny goat. I never cease to be amazed by occurrences of this sort however often they happen and however much I learn about the processes involved. Happy birthday Harry!

Having written this list and looked at the pictures, I can’t help but notice that a lot of my photos include a small dog. So I shall add Small Dog to my list of things I can’t live without. This Small Dog has a great instinct for which animals belong on the smallholding and which don’t. He is also a loyal and calming companion — unless you happen to be a rat.