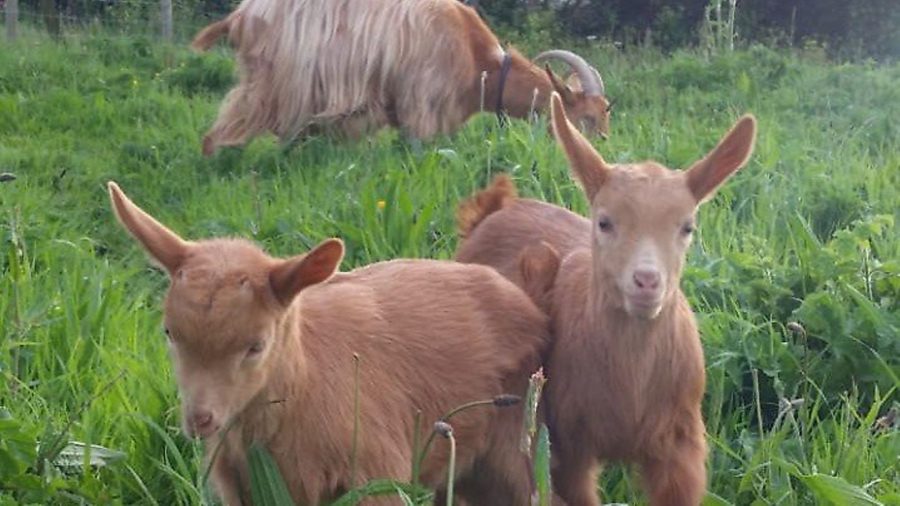 If you have dreams of becoming a goatkeeper, Lee Connor has some vital advice 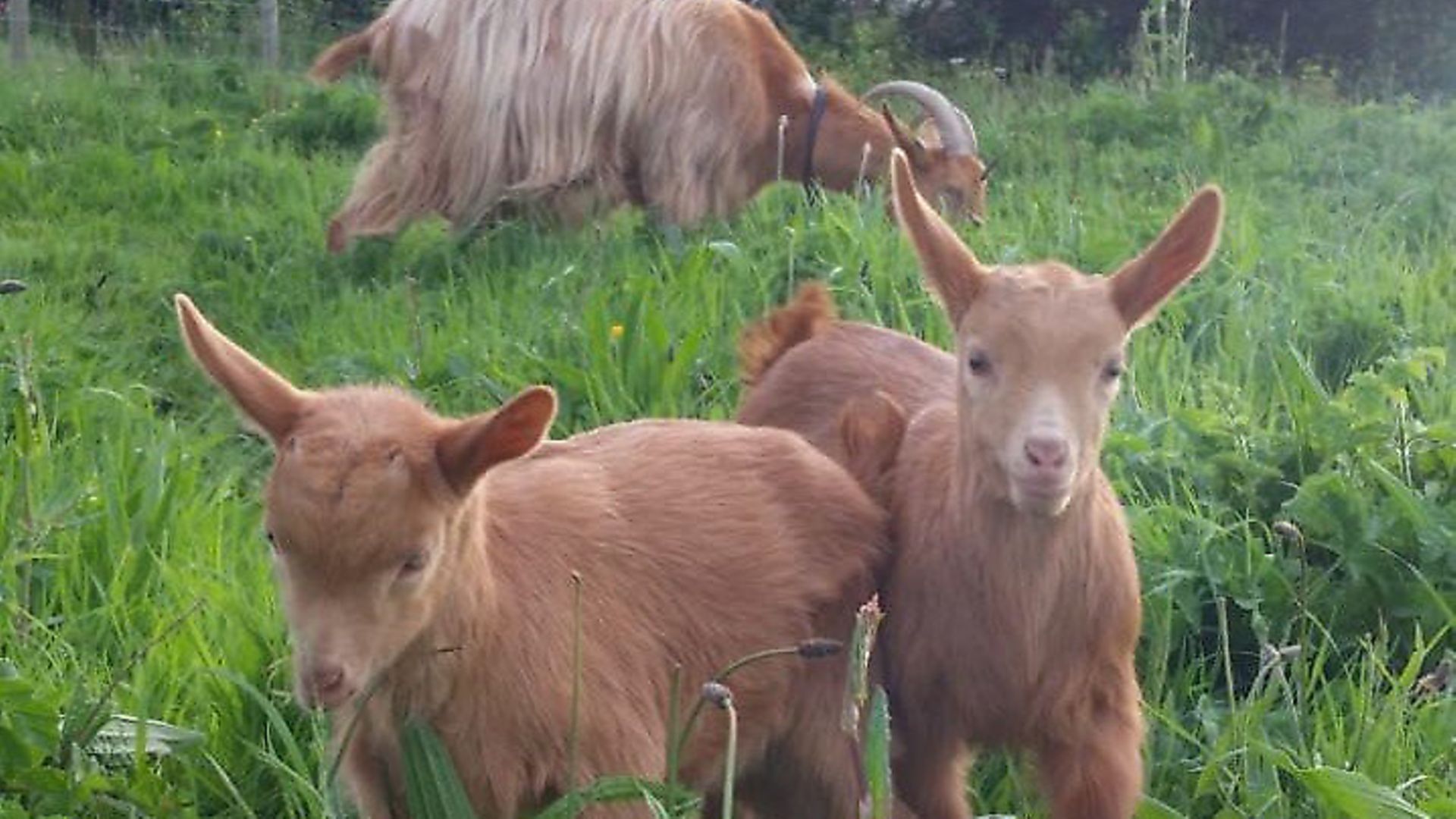 Interest in goatkeeping has seen a surge in recent years. With its ability to thrive on roughage with a minimum of bought-in food, the goat is certainly ideal for the smallholder. And recently, alongside its use as a provider of milk, the goat as a source of meat and fibre has suddenly come very much to the fore.

Rather surprisingly, given that the goat was the second animal to be domesticated (after the dog) 10,000 years ago, the available literature on goatkeeping is decidedly light.

Lois Hetherington wrote in her book All about Goats, published in 1977 and still considered something of the goatkeepers’ bible: “There is less known about that much maligned animal the goat than the common goldfish, and it is regarded in much the same light — as a pet that does not need to be fed properly.” 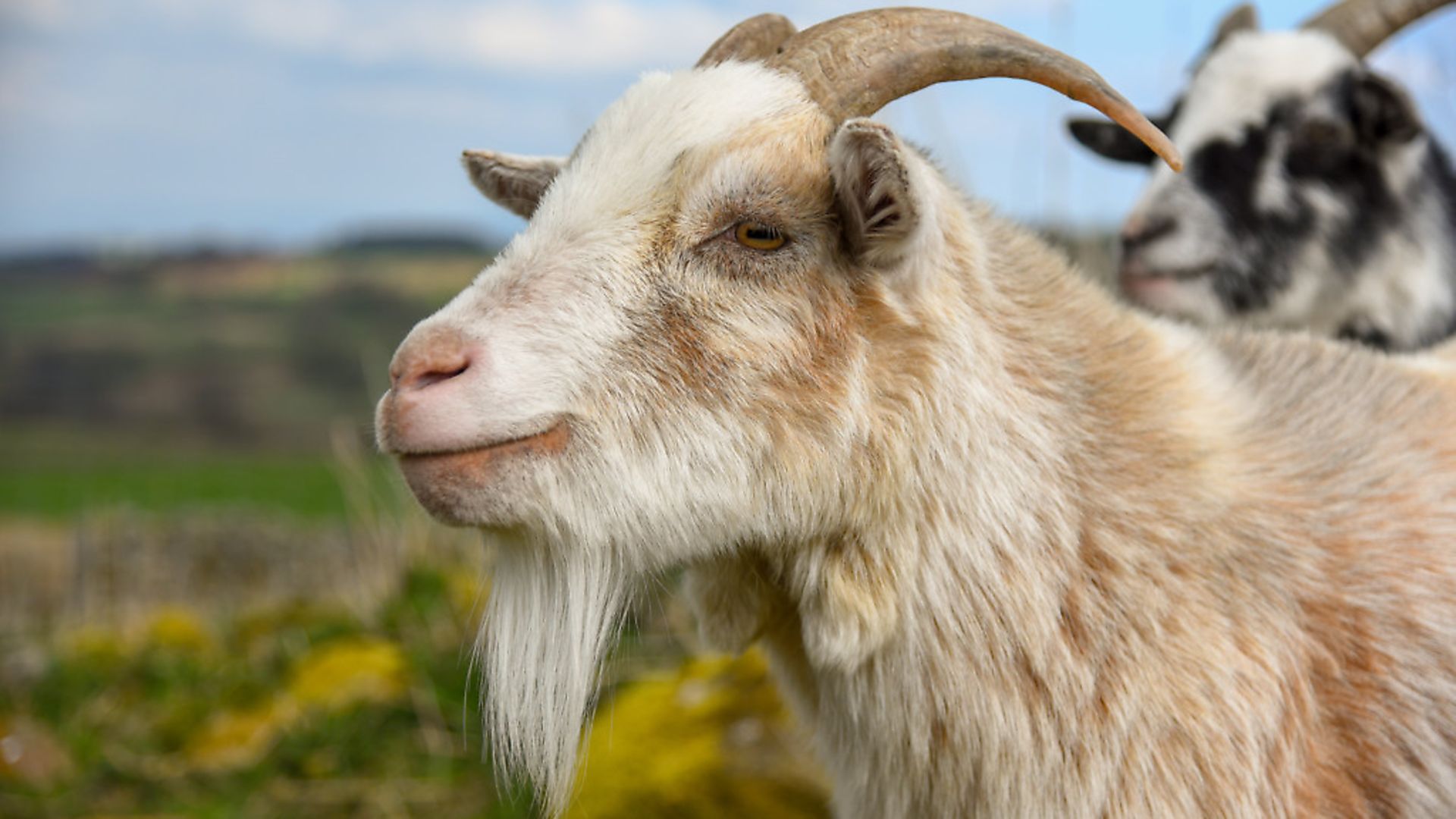 One of the simplest ways to make a start in goatkeeping is to visit one of Britain’s large agricultural shows. There you will meet numerous exhibitors (‘goaty’ people are an incredibly friendly bunch), make future contacts, find mentors and, as an added bonus, there are usually some good specimens of most of the available breeds on show so that you can also get to see what a quality, healthy goat should look like.

Beth Fairley, chairperson of the Scottish Goatkeepers’ Federation who keeps Anglo-Nubian and British Toggenburg-type dairy goats, advises potential keepers to undertake “research, and lots of it. And this is so much easier than in the past. The internet has numerous groups filled with experienced voices all more than willing to give help and encouragement to the newbie. Most counties or regions also have Facebook groups, such as Goaty Friends and the British Goat Society (BGS) [which also has an active presence on Facebook/Twitter], an essential port of call for anyone considering taking up goats”.

Beth believes that it is important to decide what you want out of goats quite early on.

“There are lots of reasons to keep them, but do you simply want pets, or do you want to produce something? By knowing exactly what you want from your animals you can better decide what housing needs your goats will have. For example, if you just want two pets, then a wooden shed or stable would do as housing, but if you wanted a herd of milking goats in order to make cheese then, of course, you would need far larger facilities with room for equipment like pasteurisers, fridges, etc.”

Planning and preparation is vital when it comes to keeping goats successfully.

Sue de Carteret, who keeps Golden Guernseys and makes goat soap on the island of Guernsey, also echoes these sentiments.

“My first tip, especially if you’re buying goats to set up a small business, would be to check what other ‘goat-based’ businesses there are in your area. Your potential business model will also affect what kind of goat breed would best suit your needs. I knew from the start that I wanted Golden Guernseys as they are a rare breed and need protecting, plus I realised that they are a good all rounder.” 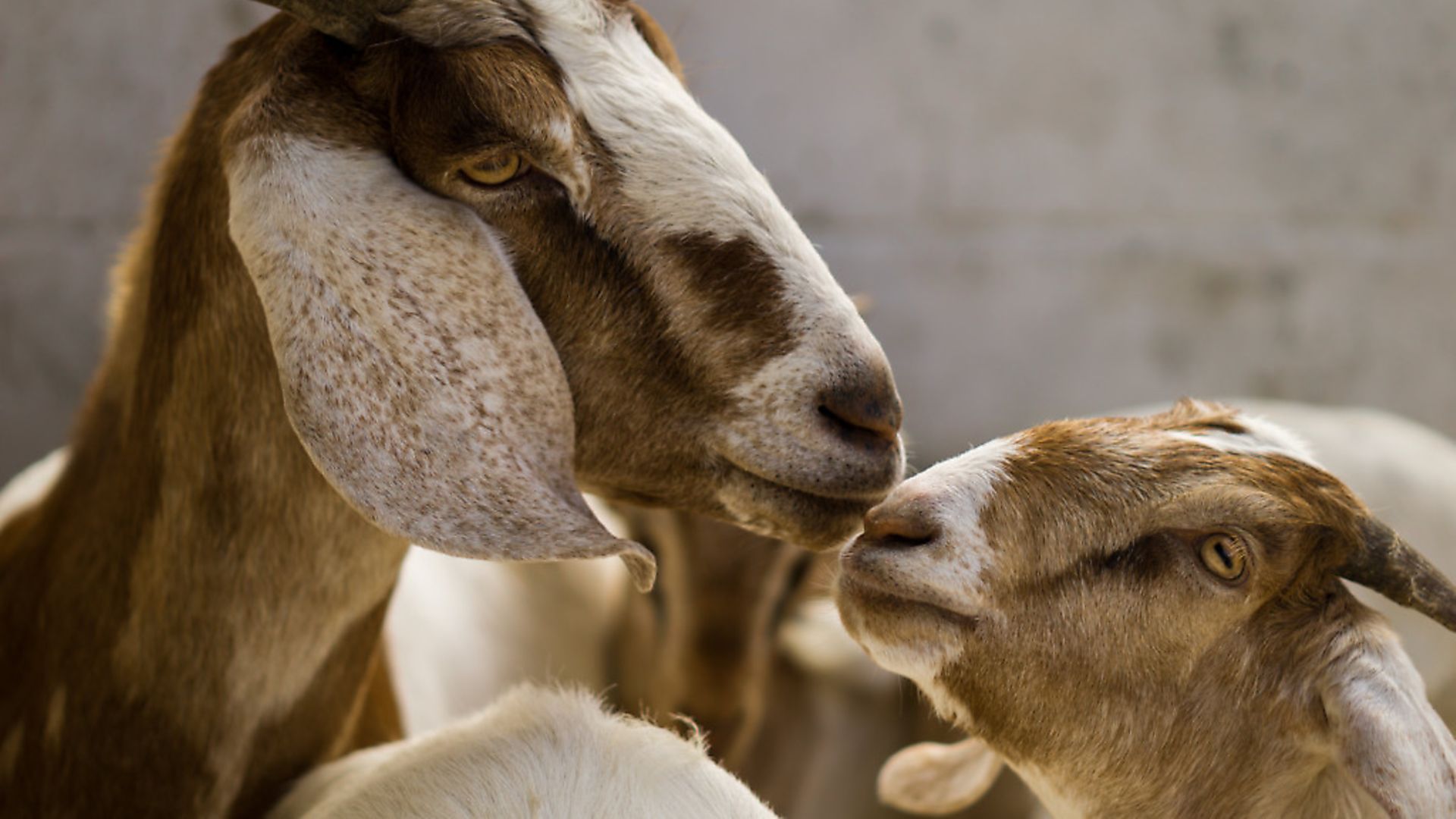 Julie Comins (www.elchies.co.uk), another Scottish goatkeeper with 350 on her farm and possibly the largest meat herd in Scotland, advises newcomers to visit at least two other goat farms and she too stresses the importance of knowing what you want from them.

“Are they to be pets, for showing, milk, meat or fibre?”

The basic housing requirement is a dry, draught-free building that must be ready before you take possession of any animals. The BGS publishes a booklet that gives in depth details about goat housing and it also lists basic accommodation requirements on its website.

It recommends, among other things, a building with sufficient room for a goat to stand on its hind legs with neck outstretched and enough height for the goatkeeper to work standing up.

If penned separately each goat should have about 4m² of floor space. Pen and door heights will obviously vary according to the chosen breed (which harks back to the early points made about planning ahead), but the society recommends 1.3m as an average.

Also remember that goats are incredibly sociable animals and like to see each other — even if penned separately — so provision will need to be made for this in the form of partitions/gates used. 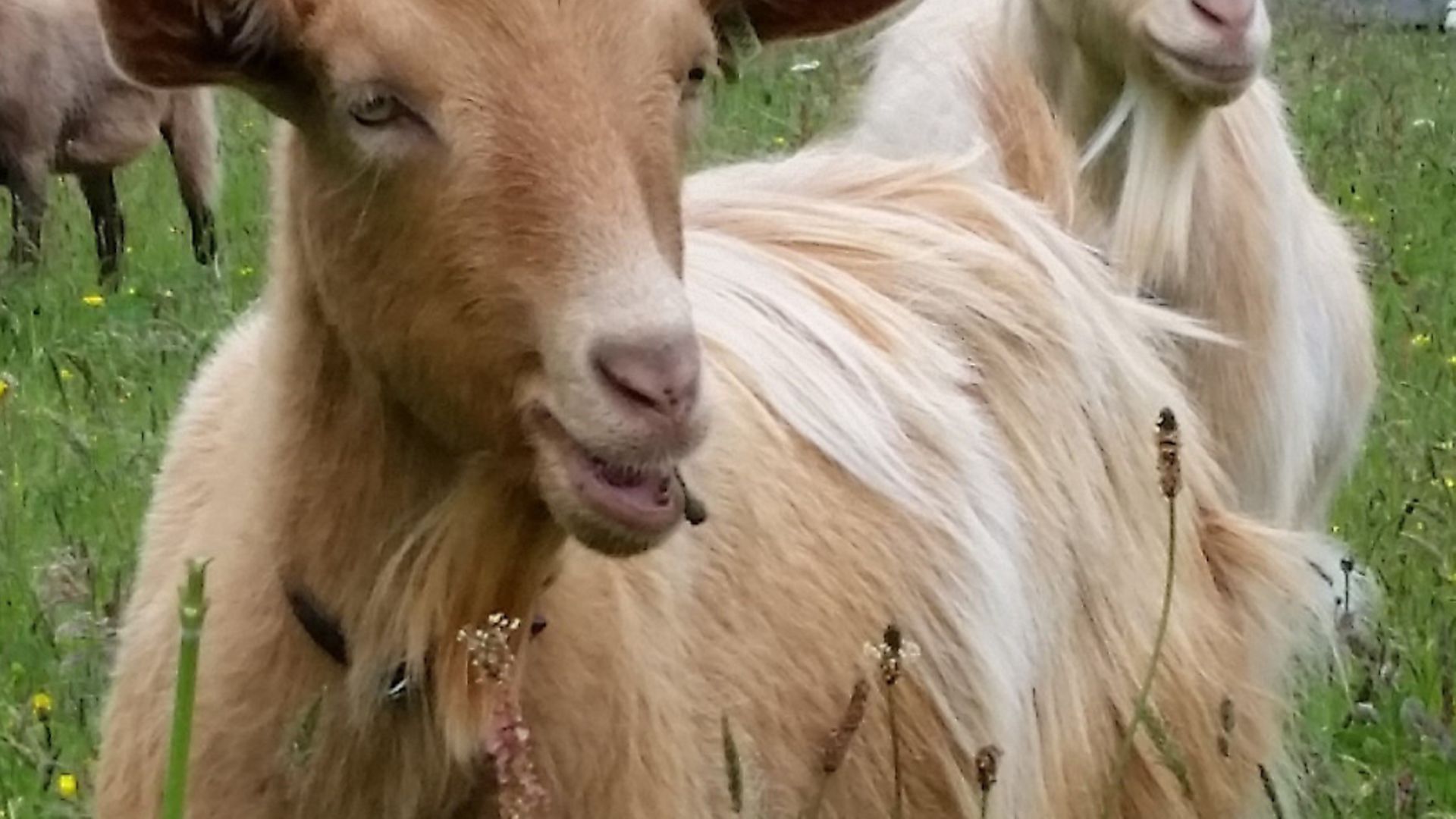 Sue keeps her Golden Guernseys in a specially adapted shed.

“I have a small barn/shed that is weather proof. It has an area that I can shut off from the goats to keep all the necessary items for them, such as rat-proof food bins, grooming equipment and I also have my milking stand. Then the rest of the area has a small pen that can be shut off for a kidding or a sick goat, but it is generally left open. There are also a couple of raised platforms so everyone can find their own spot to sleep. Goats have their own pecking order and a herd of goats will have its queen and she always chooses first.”

Beth Fairley also emphasises the importance of a suitable place to house all the necessary equipment.

“Remember that you will need room to store food, hay and straw, so actually two sheds can be useful as one can then be kept for storage.”

Where you live in the country can also determine how you keep your goats.

Beth says: “For my dairy goats, I allow an individual pen 6x6ft for each adult, and they go out in a field from May-October because I live in Scotland. If I lived in Devon, they could probably go out from the end of March.”

Julie Comins, who is based in the north of Scotland, houses hers from October to May(ish). “They hate the rain, but mine love the snow and frost.” 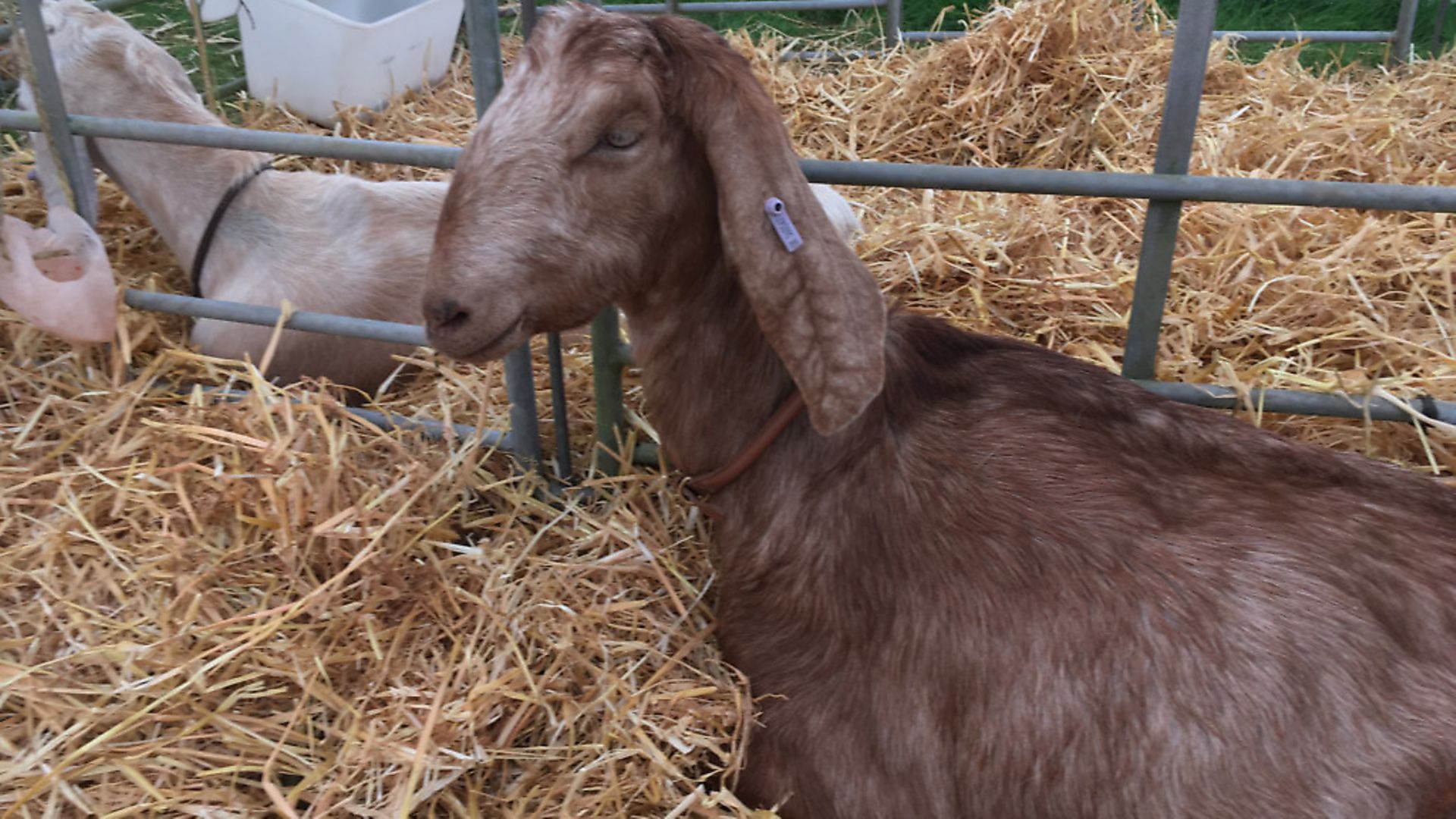 There are two systems to consider when keeping goats. Where goats are kept in a house with an attached yard they are usually described as being stall-fed. This system allows goats to be kept in a relatively small area and was commonplace, even in cities, during the war years.

However, as the BGS spells out, because goats cannot go out and graze, you will have to bring the greens to them, in the form of greengrocer’s waste, branches and cut grass, but definitely not grass cuttings from a lawn mower.

Goats will not thrive unless 50% of their diet is fibre. This system is obviously more time-consuming and will certainly require a good botanical knowledge of plants that are poisonous.

Julie Comins says: “We feed pretty much all year round due to the climate, but it can be as much as 1kg at kidding down to 150g during the summer if needed. We feed lamb finisher nuts at kidding as all our livestock take the same feed. Once goats are outside we then move across to 16% or 18% cattle feed, plus extra sugar beet/maize/barley as available. Always feed hay or barley straw.”

The second system is free range, of which there are obviously varying degrees. Some goats are provided with housing at night, in bad weather and during the winter, but they are allowed access to grazing. The BGS states that “an area of grass less than 1/8ha for two goats can only be considered as useful for exercise. [If left in there] it would soon get soiled and the goats wouldn’t eat it”.

It is a commonly held misconception that goats will eat anything — they are, in fact, incredibly fussy eaters and once food is trodden on they simply won’t touch it.

The BGS goes on to say that “areas larger than [1/8ha] will provide some grazing for goats, but remember that they are not as good at grazing as sheep, preferring to browse or graze selectively”. 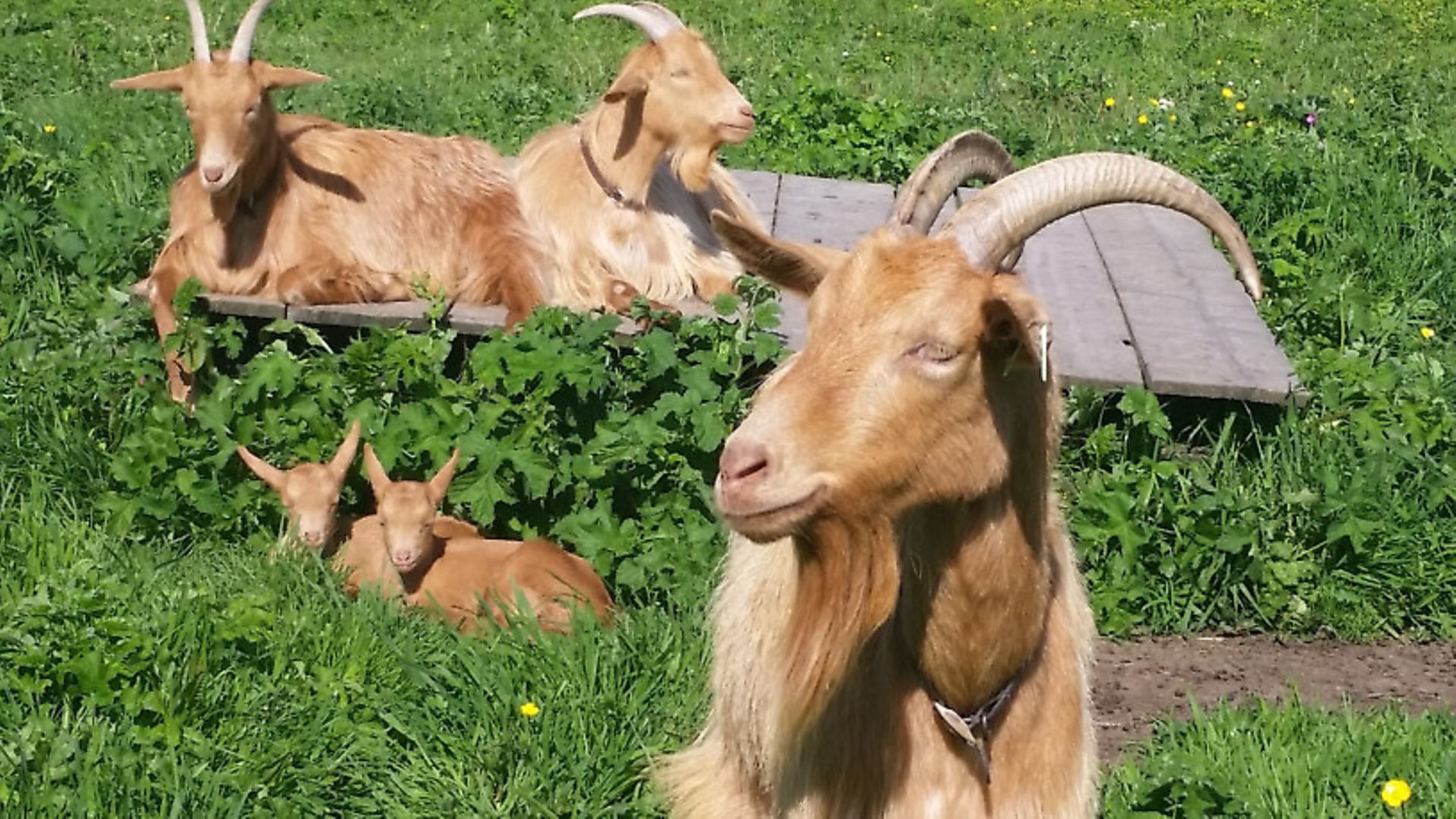 Once again, though, there are clear differences between the breeds and it is said that Angoras and Boers are better grazers than dairy goats.

“Goats are browsers, nibbling plants, shrubs, trees and brambles — unlike cows and sheep who graze the land. Therefore, the more unkempt the land, the better. That said, you have to be careful that your land doesn’t harbour any of the many plants that are poisonous to goats. Apparently, goats that are lucky to freely browse are less likely to eat poisonous plants — whereas those kept in smaller fields that subsequently escape are more likely to poison themselves.”

Another element that Sue, Beth and Julie all agree on is that good stock fencing is an absolute must.

“Check that there are no areas that a goat can climb or jump over,” says Sue. “Don’t put any goat houses near the fence. Also ensure that the fence posts are treated. Mine weren’t and I’m constantly finding posts snapped where the goats have used them as rubbing posts.”

A field shelter is another essential for the free ranging goat.

“Goats don’t like getting wet and they need to be able to get out of the rain,” Sue adds. “I’ve built a shelter out of pallets that I’m proud to say is still standing after three years.”

Keeping goats certainly isn’t as straightforward as it used to be. When I started keeping them back in the early 1980s I transported our first goat home in the back of my dad’s white transit van and later would enjoy long walks — with Circe (see box, above) on her harness — roaming across the allotments and around the local park. There were no forms/registers to fill in and no accountability.

Today the prospective goatkeeper needs to bring themselves up to speed with the laws surrounding keeping goats long before making a purchase.

There is a comprehensive downloadable guide on the Defra website (www.gov.uk/government/collections/guidance-for-keepers-of-sheep-goats-and-pigs#sheep-and-goat-keepers).

The RSPCA simplifies things at https://science.rspca.org.uk/documents/1494935/9042554/goats.pdf, which isn’t just a useful reference source on legislation, but also on subjects such as behaviour and transport.

Laws all potential keepers need to be aware of include:

– How to identify goats.

– The registration of the land on which they are kept.

– The keeping of medicine records.

Every goat owner needs a herd mark. A County Parish Holding (CPH) number is also required, as is a flock/herd number and goats are generally identified through ear tagging, but you can use one ear tag and one pastern tag, or a tattoo and an ear tag. In Scotland an ear tattoo and a pastern tag is allowable. If you take your goats anywhere, for example to a show, a movement form must be filled in and sent off.

With so much to think about, it’s a wonder anyone contemplates keeping goats. However, they are a fun and fabulous animal and their already large fan club is constantly expanding.