November has compensations for it’s suddenly short days. The ornamental qualities of vegetable beds at this time can be a brilliant contrast to the gloomy light. I like to admire the depth of colour in leaves such as red cabbage, chicories, chard and beetroot. You can also enjoy the sculpture of sharp-edged leek leaves, reclining broccoli plants, asparagus ferns turning from golden to brown, and globes of celeriac as they do a final swell before winter. Frosty mornings emphasise these qualities. 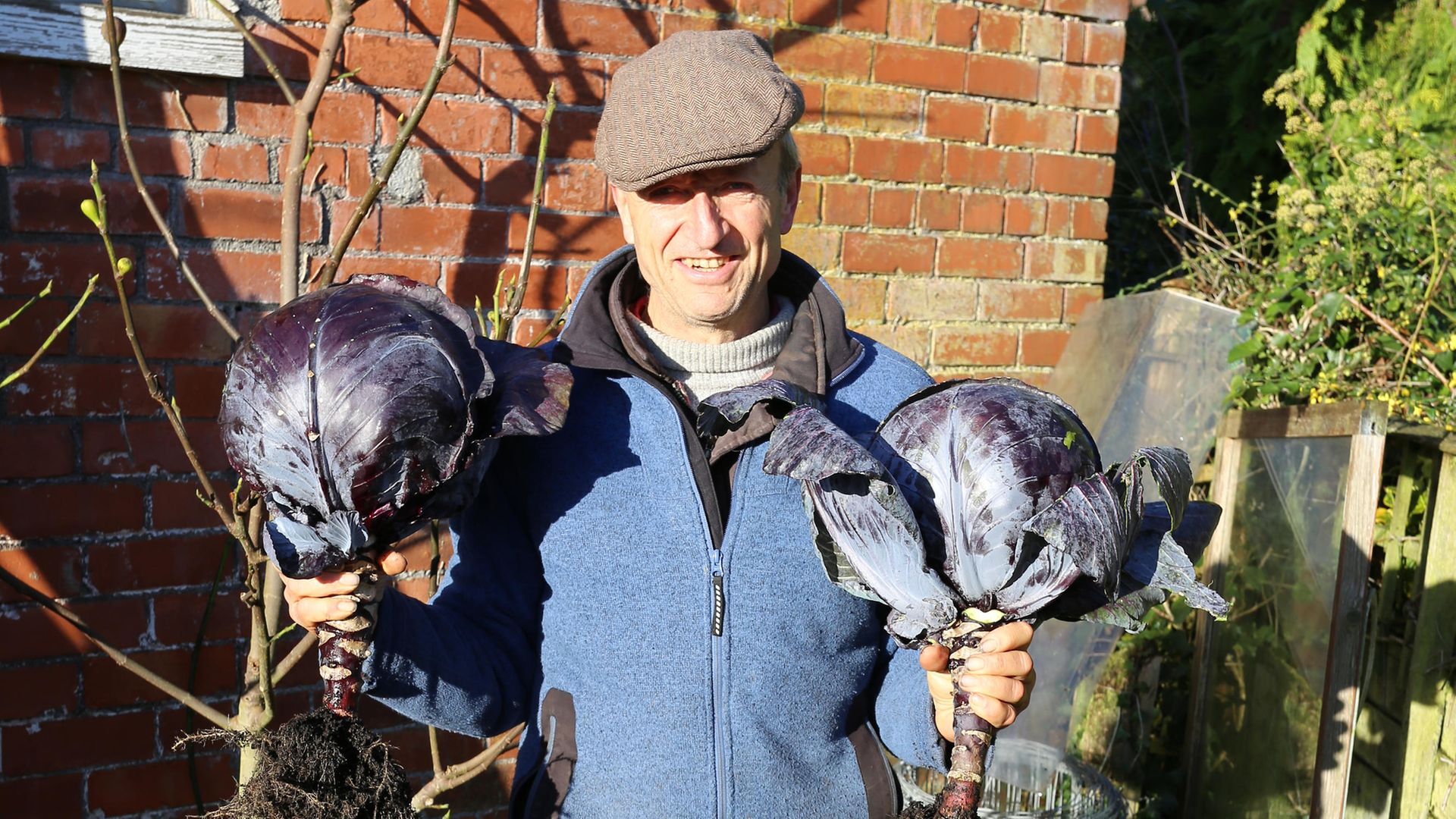 Which vegetables can I harvest in November?
Another glittering aspect of November is the range of harvests on offer, as many as in almost any other month. Cabbage hearts, root crops, kale and leeks are prominent, as is spinach if you sowed it in August. Salads are still cropping outside and they include rocket, mustards, endive, radicchio, lambs lettuce, land cress and winter purslane.

Harvests of salad leaves are smaller with each week, as both daylight and temperature decrease, so it is worth growing some plants undercover, say in a box of compost on staging in a greenhouse. You can pick a few leaves all through the milder spells of winter and these salad plants grow again after any frozen nights in an unheated greenhouse. Make a note to sow some mid September next year.

Before the temperatures plummet at night below about -4C/25F, harvest hearted cabbage and chicory, beetroot and carrots to store. I simply put them loose into boxes, sacks or crates, with a little of the harvest soil on the roots. Keep as cool as possible without freezing.

Veg which can stay outside include celeriac, parsnips, leeks, Brussel sprouts, savoy cabbage, spinach and kale. Some winter salads may survive unprotected, as well as chervil and coriander, but will crop more in winter if given a cover. 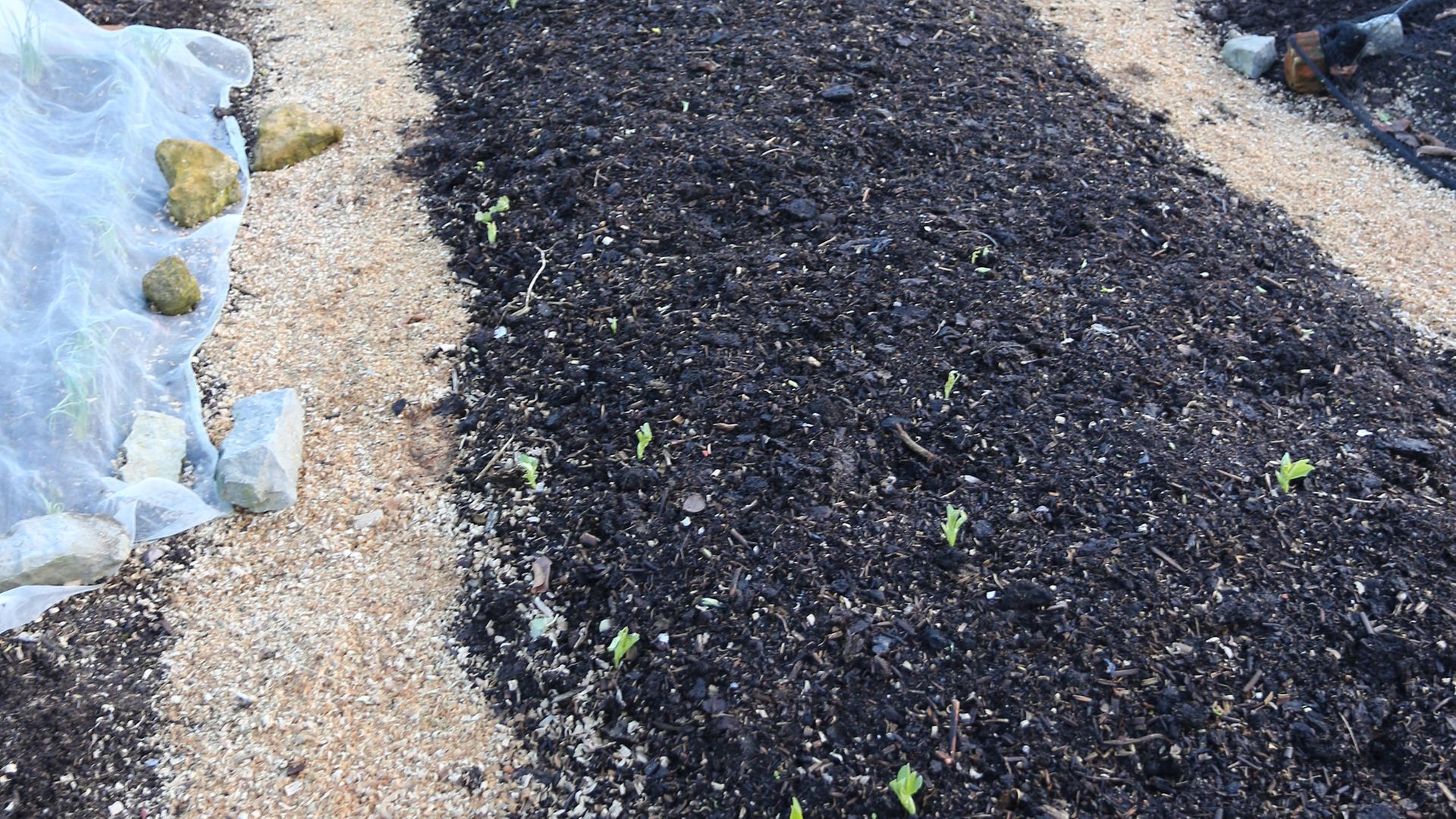 Which vegetables can I sow in November?
The absolute best sowing in November is broad beans and I find the top date in Somerset is around 10-12 November. Further north it will be around 1 November, possibly late October.

This is precise because if you sow earlier, even as often recommended in early October, the plants have time and warmth to grow as tall as 10-15cm before winter hits, but with weak stems because they have been drawn upwards by the low light levels.

Meanwhile, out of sight the root system in winter grows more than the leaves, putting plants in a good place to profit from new warmth and light in spring. Leaf growth often takes off as early as March and the result is fine early harvests.

Over many winters I have grown different varieties of broad bean and I always come back to the old favourite with a lovely name, Aquadulce Claudia. It has four great qualities: 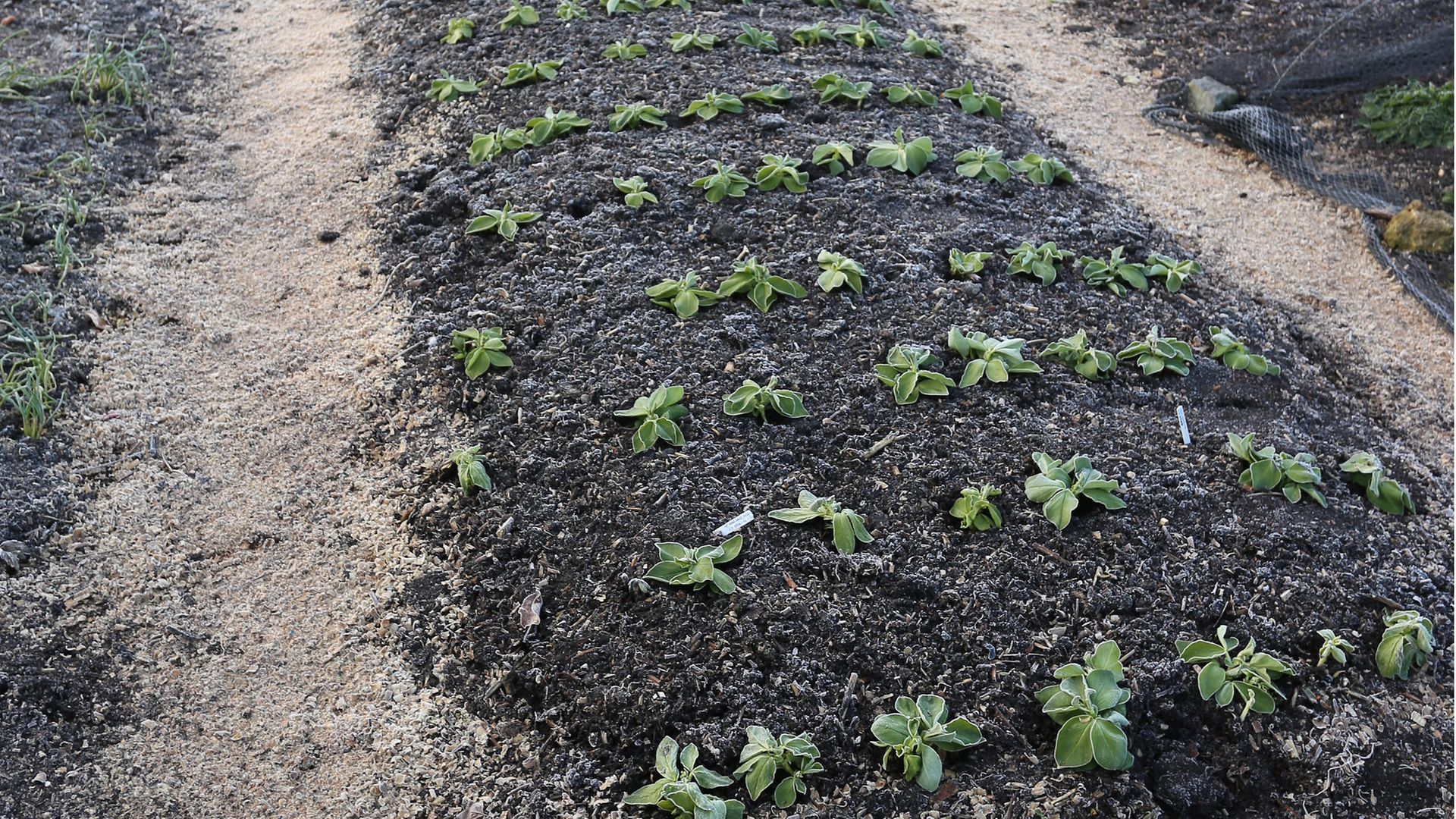 Broad beans survive a lot of freezing, but nonetheless benefit from being protected by mesh against wind and birds too. Last November I sowed a bed of beans into dibbed holes and three weeks later I saw that they were just emerging. The next day most of them were flat on the bed after being pulled out by rooks who had eaten the germinated seed, leaving the pale stems. I could have resown them and covered them with mesh, but there is the risk of mice eating seeds in December, so I sowed into modules in the greenhouse and set up a mousetrap nearby. Broad beans transplant well and set those plants out on 14 January, covered with mesh over hoops (see photos). They cropped well in June.

Can I sow peas in Autumn?
Sowing peas in autumn is often suggested, for overwintering as small plants which then crop earlier in spring. I tried this last year with Alderman, with the idea of having early harvests of pea shoots. However, the October and December sowings both petered away by March, at which time the February sowing was growing strongly.

One issue for autumn sown peas is choosing a suitable variety and for overwintering; you need round-seeded varieties, in particular Feltham First. But for all the effort of keeping them weeded and pest-free over winter, I advise holding off now, instead sowing undercover in late winter to early spring when they grow so much faster.

Fleece for frost protection
I rarely leave fleece on all winter because of potential wind damage. It is most useful on outdoor veg as a temporary protection before any brief frosty spells. For example, you could lay it over fennel and celery, which are damaged by freezing, when frost is forecast. For a longer term cover, using mesh is an option, although it holds less warmth than fleece. However, it is much stronger in wind and gives protection against birds, rabbits and deer. 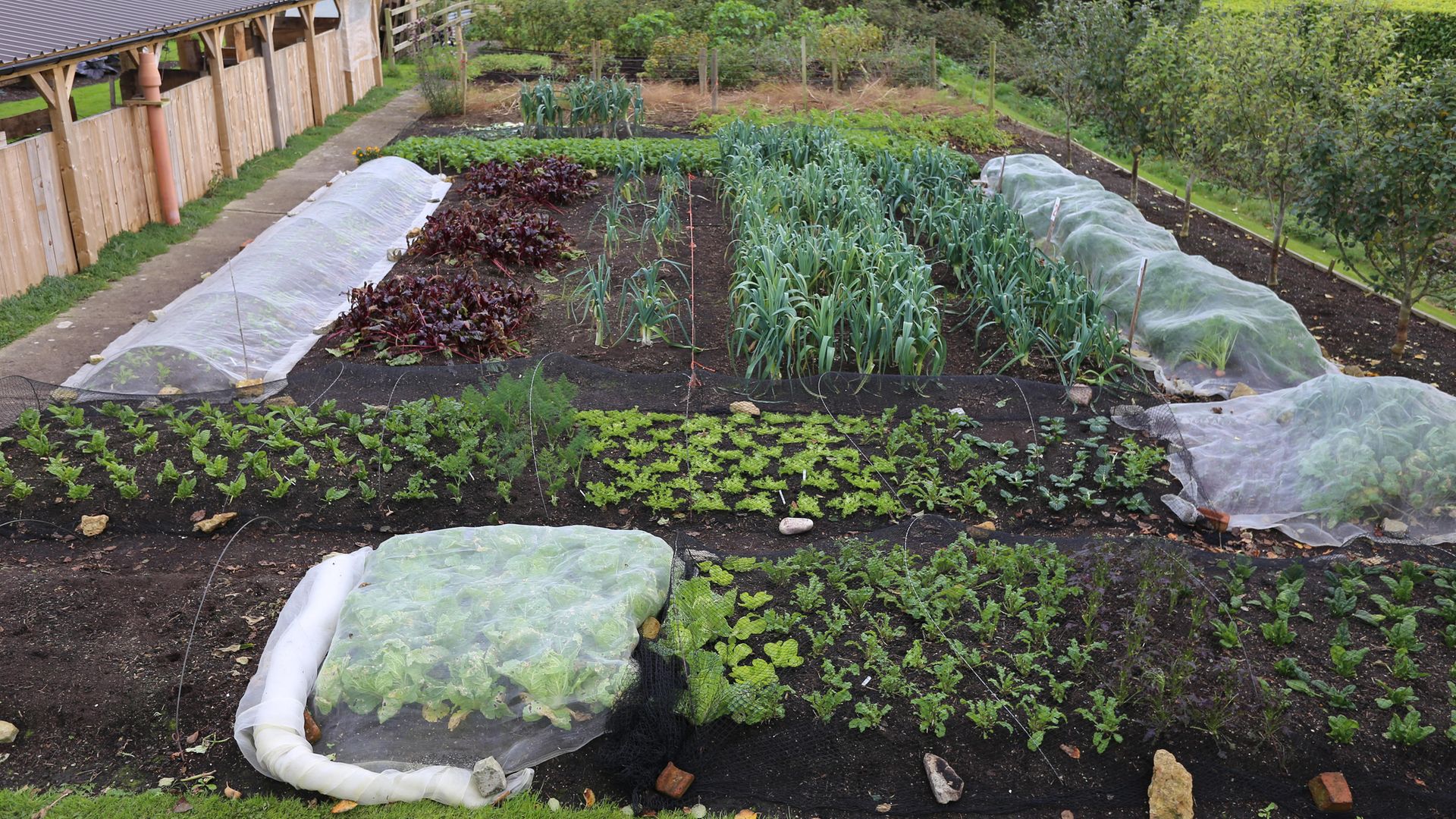 November soil maintenance
Autumn is a prime time for feeding soil organisms, whose habit is to search for food on the surface, rather than incorporated in the soil. No dig copies nature by leaving soil undisturbed, while covering soil with a mulch.

Clear any crop residues before mulching, twisting out larger roots rather than pulling. Then hand weed if you see only a few, or lay cardboard if there are too many to hand weed. Finally, put compost on top of the cardboard.

For growing vegetables I spread up to 5cm/2in compost of any origin, including well decomposed manure, leaf mould and home-made or bought compost. There is no need to sieve compost. Simply break up larger lumps as much as you can before spreading. The weather then continues the breakdown. This is the only feed you need to give all year – just one application of compost now.

Give a mulch to all beds, whatever you are thinking of growing because this is about feeding soil, which then feeds plants.
Compost is not a fertiliser of soluble nutrients: the food is held for months or longer, until soil life organises its release to plant roots as conditions allow.

For flowers, less compost – say 3cm – is needed in the annual dressing. However, when you are making new beds as a start-up application it is worth spreading 7-15cm.