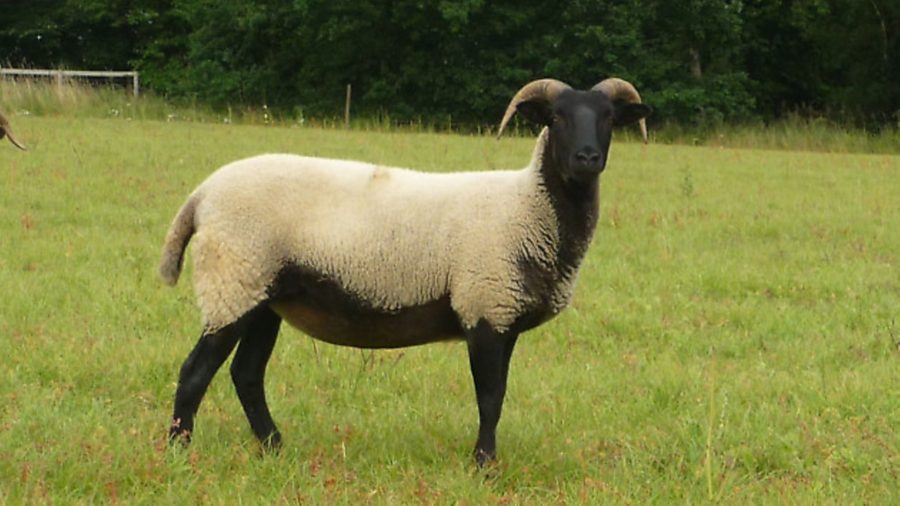 Which breed should you choose? That very much depends on your smallholding, says Tim Tyne. In this new series, he will be looking at various scenarios, and recommending a breed to suit 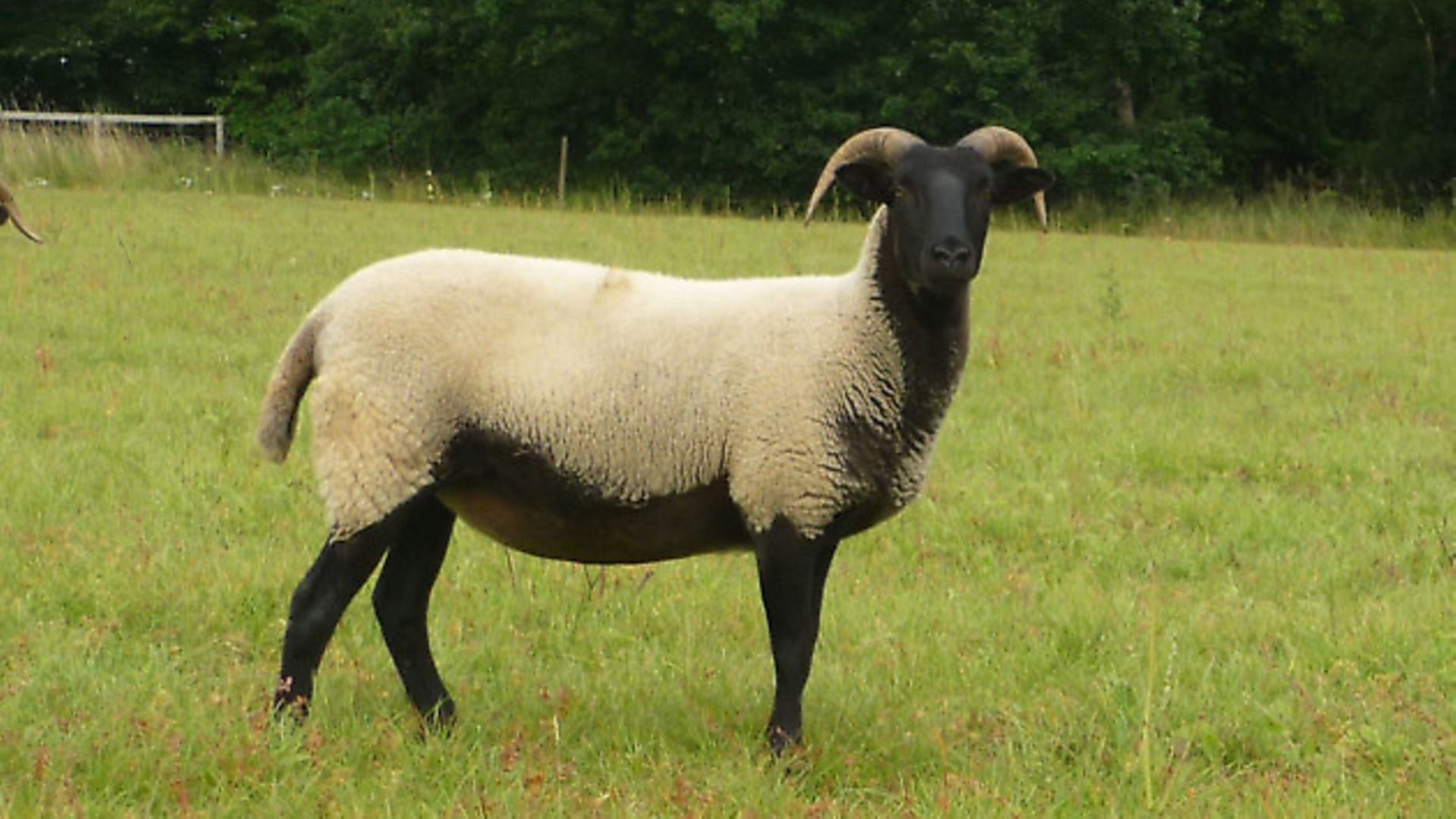 Ron and Sarah come to smallholding rather late in life, having both recently retired from long and rewarding careers. They’ve bought a nice little place in Herefordshire with three acres of well-kept paddocks, conveniently close to their eldest son and his young family. Initially they thought of a keeping a few sheep purely as ‘lawnmowers’, perhaps by letting a neighbour graze the land instead of actually owning the sheep themselves. However, Sarah has decided she’d like to take up hand-spinning, and their grandchildren are all very keen to get involved with animals, which the couple would like to encourage. They’re not yet sure whether they would be comfortable producing meat from their flock, but their son – a real foodie – is doing his best to persuade them!

Therefore, Ron and Sarah are looking for a very docile, small-to-medium sized breed that could easily be handled by a couple of pensioners, assisted on occasion by small children! It must be something that isn’t going to spend all its time trying to escape, and will quickly become tame. Hardiness isn’t essential, as they’ve got a small open-fronted shed where the sheep could be housed in bad weather. Fleeces should ideally be fine and soft. Lambs of the breed should be fast growing and produce quality carcasses, just in case Ron and Sarah do decide to have the odd one slaughtered for home consumption.

Tim says… Two traditional breeds immediately spring to mind here – the Ryeland (native to Herefordshire) and the Southdown. They’re fairly similar in appearance, although the Southdown is somewhat smaller, and has less of an abundance of wool. Both produce very fine fleeces, and coloured variations of both breeds are available, adding an extra dimension to the hand-spinners’ craft. The Ryeland and the Southdown are equally well known for their docility, quickly becoming hand-tame, and seeming to enjoy human company more so than other breeds of sheep. The Southdown was previously much in demand as a producer of fast growing, well-fleshed lambs, until ousted by ‘modern’ breeds (the first of which, ironically, was the Suffolk, which came about as a result of a cross between the Southdown and the Norfolk Horn). The Ryeland also has a good reputation as a carcass producer, with pure-bred lambs achieving satisfactory weights at a relatively young age, with little or no supplementary feeding.

Compact, stocky looking sheep, with fine, dense fleeces. Traditionally white, with mouse-coloured face, ears and legs, although coloured Southdowns do exist and can now be registered. The wool covers much of the face, and extends some way down the legs, giving a popular ‘teddy bear’ appearance. A typical down breed, in all respects. Like the Southdown, the Ryeland was traditionally a white breed, but a coloured variant is now officially recognised. The Ryeland is a heavily woolled sheep, with much of the face and legs covered with fine fleece – another ‘teddy bear’ breed! The dark face of the coloured Ryeland should be characterised by white ‘teardrop’ markings on the inner corners of the eyes. Ryeland faces, on the other hand, should be dark-skinned, but covered entirely with white hair.

Mike and Alexia, both in their mid-30s, are downshifting from a more frenetic existence. They’re able to continue to work part-time from home, via the internet, while they strive to build an economically sustainable small-scale farming business.

They’ve taken on a 50 acre block of land in Norfolk, which, although larger than the average smallholding, does have its limitations. The land, all of which is unimproved heath, is minimally subdivided into only four ‘paddocks’, and environmental restrictions (e.g., SSSI) limit any improvement that could be carried out. Initially the couple thought of establishing a herd of outdoor pigs, but again, this was disallowed due to potential damage to fragile habitats. Extensive sheep production is really the only feasible option. In order for their business to be viable, Mike and Alexia will need to develop a distinctive product aimed at the higher end of the market. They’ve been in discussion with a number of local retail and catering outlets (pubs, hotels and a couple of traditional high street butchers’ shops) and have been told: “If you can produce organic lambs with local provenance and excellent eating quality, we’ll buy them!”

So, what breeds would fit the bill?

Tim says… I think there’s only one choice here – it has to be the Norfolk Horn. If potential customers are demanding local provenance, then the traditional breed of the area is the one to keep, particularly when it’s a breed with such an interesting history as the Norfolk Horn. Having a bit of a story to tell will always help to sell a product. What’s more, the Norfolk Horn evolved under precisely the type of grazing conditions that Mike and Alexia have described – exposed breckland heath, extensively managed. I don’t have any first-hand experience of the breed, but I should imagine they’d be ideal for organic production. However, I’m not sure whether pure Norfolk Horn lambs would give Mike and Alexia the type of carcasses required by the high street butcher. Therefore, they might consider putting most of the Norfolk Horn ewes to a terminal sire (my recommendation in this case would be a Charollais, for ease of lambing coupled with good growth rates and conformation), and only breeding a proportion of them pure, in order to provide the required number of flock replacements each year.

A medium sized, long legged breed, with narrow forequarters. Horned in both sexes, with rams having particularly impressive spiralled horns. The face and legs are black and free from wool, while the rest of the body is covered in a fairly short, dense white fleece.

Shaun and Michelle have just moved to a 16 acre smallholding that lies within the Snowdonia National Park. Shaun says: “Everyone around here keeps sheep – even the postman! If we want to fit into the local community then the sooner we start keeping sheep the better!”

The couple do have some prior experience, as Shaun spent time helping a neighbouring farmer near where they used to live in Sussex, and Michelle used to teach at a school that had a small farm. However, this doesn’t stop them feeling somewhat daunted by the prospect of having a flock of their own.

All of the sheep in the surrounding fields are Welsh Mountain, which, as Shaun points out, is hardly surprising, and shows that they’re the right breed for the area. However, Michelle thinks them rather dull, and would prefer something a little more diverse. Whatever they settle for, it’s got to be hardy, and able to lamb outdoors, as there’s no suitable shed for housing sheep on their smallholding, and the restrictions of the National Park may prevent them from building one. They do, however, have some old stone outbuildings which could be used for temporarily penning up ewes with newborn lambs during bad weather.

All three of these breeds retain the hardiness of the true mountain sheep, but are perhaps a little more docile and amenable to handling. They’re very popular with smallholders in Wales, and can be seen at most local and regional shows. The Badgerface is probably the largest of the three, with the Torddu in particular being quite capable of producing a reasonable commercial lamb, particularly when crossed with a terminal sire.

Whichever of these breeds they choose, Shaun and Michelle can be sure that by choosing to keep Welsh Mountain sheep – albeit unconventional coloured ones – they’ll gain a reasonable foothold within the local farming community (provided, of course, that they buy good ones, look after them properly, and aren’t afraid to ask their neighbours for help when they get in a muddle…).

Conformation of both types is as for Welsh Mountain sheep.

Torddu: A white-fleeced sheep, characterised by the distinctive black ‘badger’ markings on a tan or grey face, and an unbroken black band that runs down the throat and chest. The whole of the belly must be black, with the stripe then continuing all the way to the tip of the tail. The legs are also black, with light tan stripes. Only the rams are horned, and these should be dark in colour.

Torwen: Looks like the Torddu in negative! The main body colour is black / dark brown, with white ‘badger’ markings on the face, and a white band under the jaw, extending as far as possible down the throat. The belly is also white, as is the underside of the tail. Legs are tan, with black stripes.

Conformation as for Welsh Mountain sheep.

Fleece colour is black (although may be dark brown or grey, particularly in older animals), with a white blaze on the face, four white feet, and half to two-thirds of the tail being white too. The males only are horned.

Conformation as for Welsh Mountain.

The Black Welsh Mountain is the only truly black breed of British sheep. (Most other coloured sheep are simply the result of the expression of a recessive gene.) There should be no white present at all, either on the face and legs (which are clear of wool) or in the fleece, which is fine, soft and dense.

Horns are present in rams only.

This article by Tim Tyne is from the December 2014 issue of Country Smallholding.

Tim Tyne is one of the UK’s leading authorities on sheep and is author of The Sheep Book for Smallholders. Search for it online.