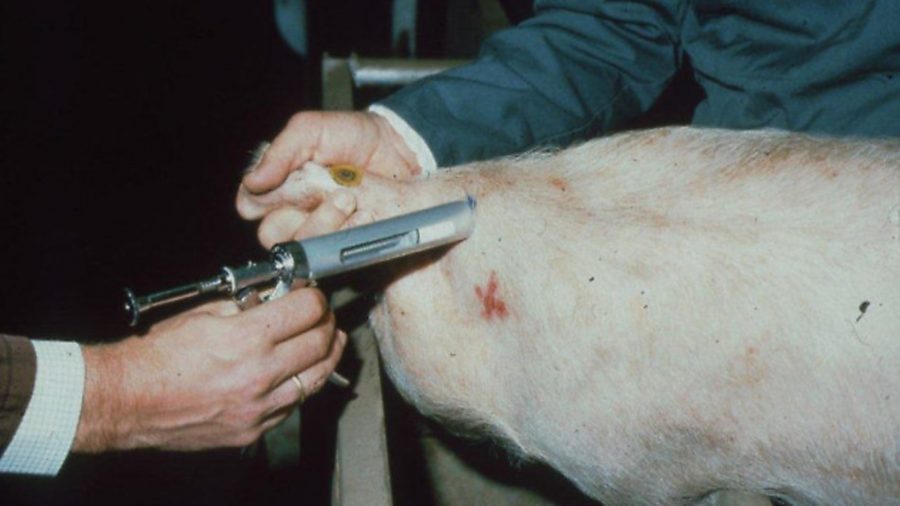 Unsure about how best to inject your pigs? In the second of a two-part feature, Liz Shankland gives some advice on how to get the job done quickly and efficiently 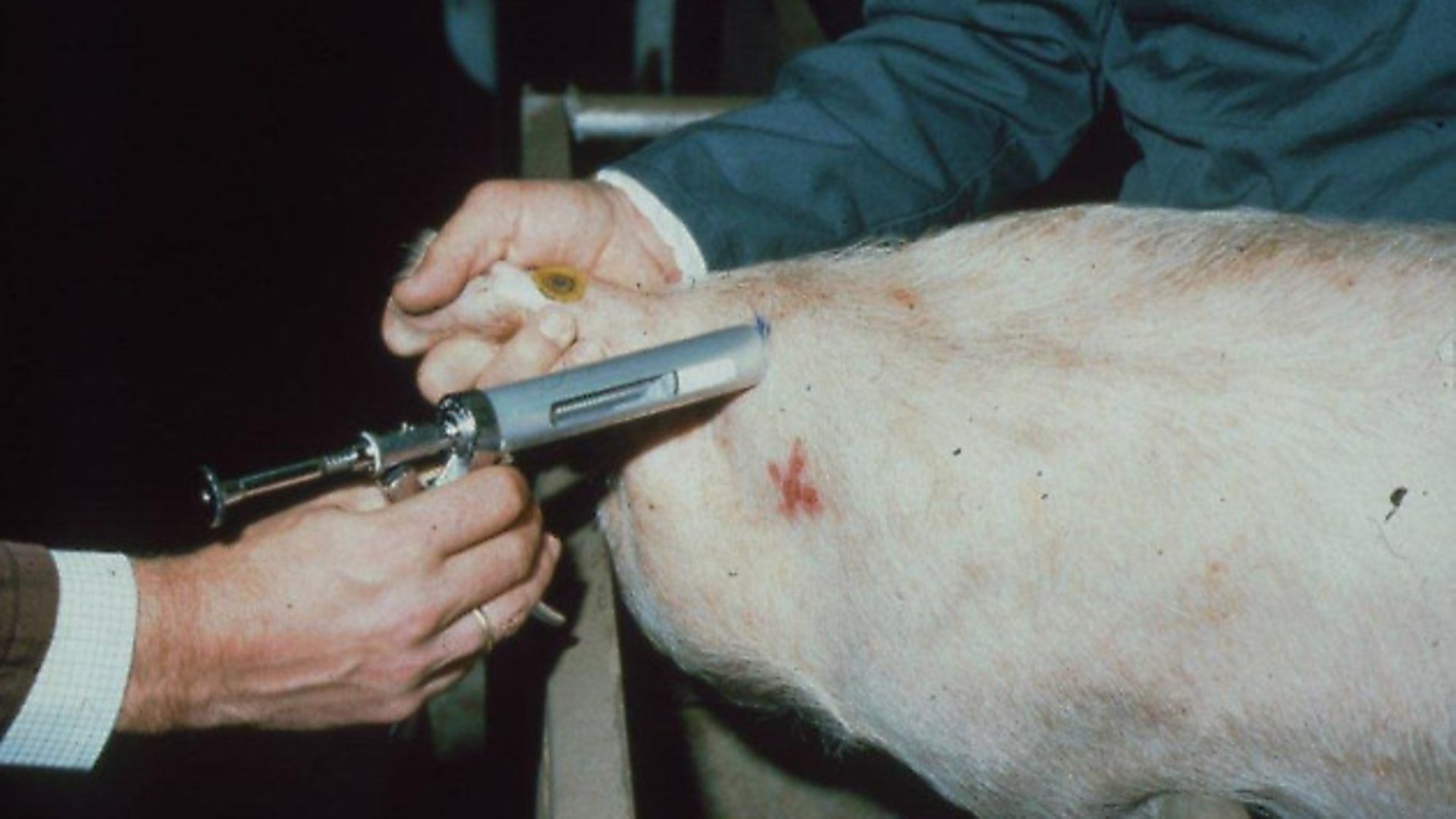 No-one enjoys giving injections to pigs and even the most experienced pig keeper can sometimes feel like throwing in the towel when an animal anticipates what is about to happen and dodges the needle.

In the December issue of this magazine, we looked at the importance of safely restraining your pig before attempting to administer an injection. Why? To protect both animal and handler and to ensure that the medication is given accurately. As I said last time, if you really don’t feel sufficiently up to the job, leave it to the vet – but bear in mind that your vet will expect you to be able to either confine or restrain your pig in order for him or her to carry out the procedure.

Now that you’ve had time to think about your tactics, it’s time to look at injecting techniques. There are two types of injection that you are likely to need to carry out. The first is intramuscular (often abbreviated to IM), and means into the muscle, and the second is subcutaneous (SC or SQ) – under the skin. A vet will also occasionally perform an intravenous (IV) injection, which requires much more skill and knowlege. An IV injection is normally into the veins of the ear, but can also be into the jugular vein, as well as the large vein leaving the heart. Definitely not one for an amateur to attempt.

This is the type of injection you are likely to carry out most often if you keep pigs. The preferred site for most pigs – weaners, growers, finishers, and adults – is approximately 25-75mm behind the ear, just a bit higher than the base of the ear (see picture). If the injection is given too far back, the drug may be deposited in fat instead of muscle; too low, and it may end up in the salivary gland.

Small piglets are often injected into the ham of the hind leg if there is not much muscle on the neck. This site is often avoided when dealing with larger pigs, because of the possibility of causing an abscess and bruising to a valuable part of the carcass. However, sometimes there is no option. Personally, if I was not able to get near the neck to administer an injection – perhaps, for instance, if the pig was particularly aggressive or agitated – I wouldn’t hesitate in going for the rump.

It is recommended that, when giving an IM injection, you should insert the needle into the pig and then draw back on the syringe to make sure you have not hit a blood vessel. If you have, you will see blood entering the syringe. In this case, it is recommended you start all over again, selecting sterile equipment and choosing a different site. Unfortunately, with pigs, the reality is that you don’t often get a second chance – but I have to pass on the advice, all the same. 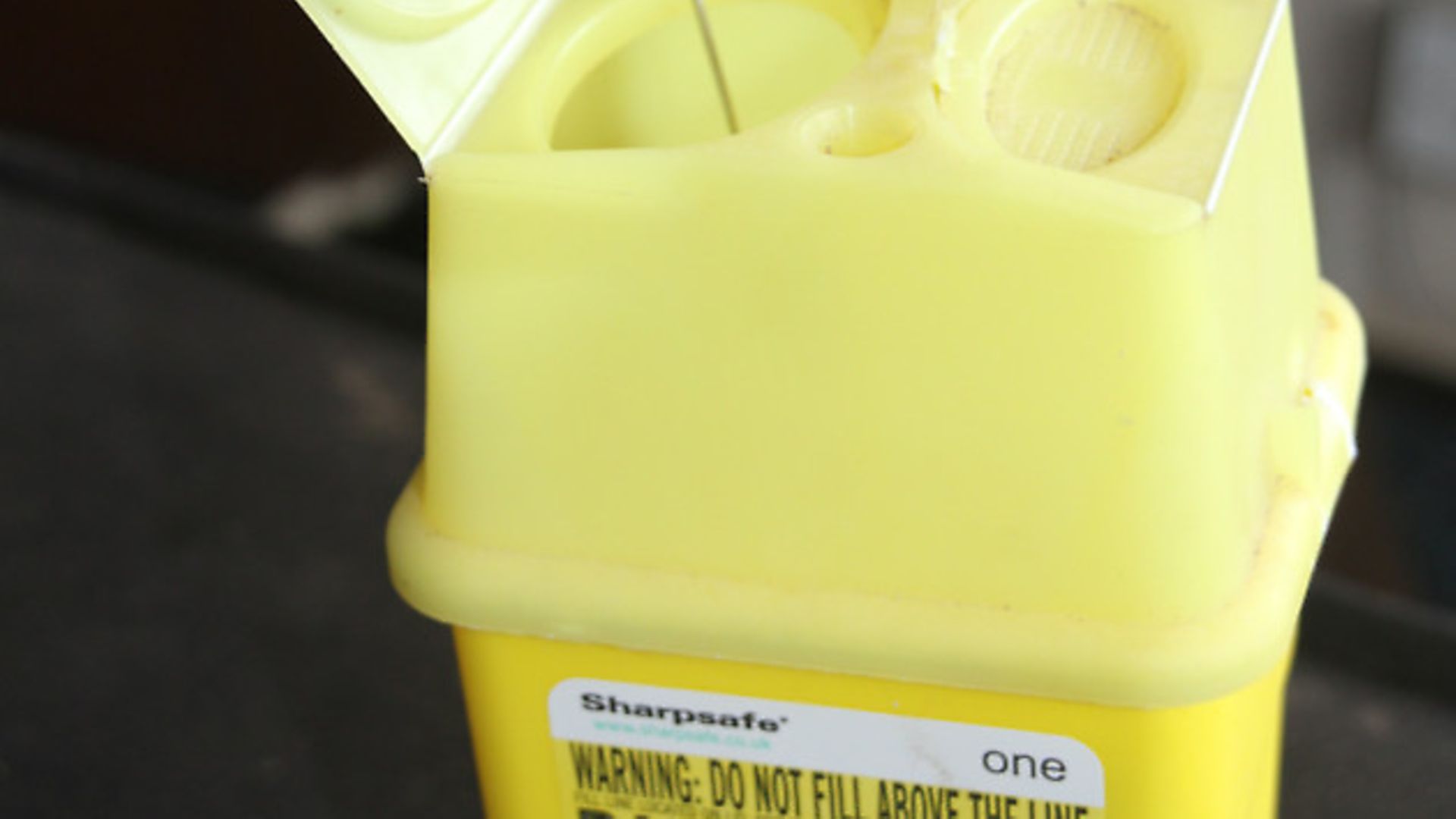 Very few commonly-used pig treatments need to be delivered subcutaneously, but certain wormers do. This type of injection isn’t easy to carry out on an older pig, so if there is an alternative product which can be given by intramuscular means, I’ll always opt for it. Subcutaneous injections require the pig to be stationary for longer and, in my experience, are much trickier to carry out.

There are three sites recommended for subcutaneous injections in pigs, depending on size. In small pigs, the best place is under the fold of skin found on the inside of the thigh, or behind the shoulder. In growers and adults, the preferred site is the same as for intramuscular injections – behind the ear. The skin should be pinched between finger and thumb to form a ‘tent’ and the needle inserted at a 45° angle. Care should be taken to ensure the needle does not go right though the skin and out the other side.

For part one of Liz’s tips on injecting pigs, click here.