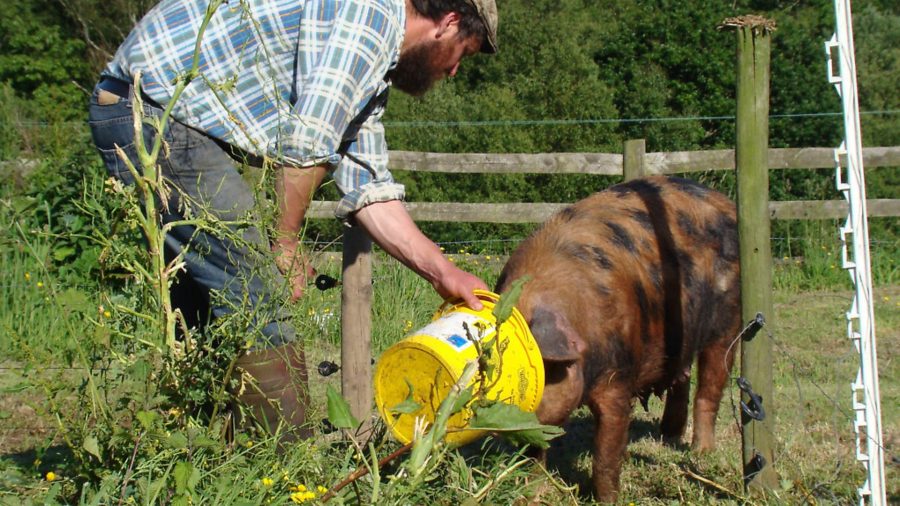 To list or not to list? That is the question… Some people are compulsive list makers. While they’re having their breakfast in the morning they make a comprehensive list of all the things that they plan to get done during the day, most of which is just wishful thinking.

Meanwhile, time is ticking away. With a start, they realise that it’s nearly elevenses time, so dash outside to feed the animals. Next, over a coffee, they cross ‘feed the animals’ off the list, and revise the remainder into something more manageable for the rest of the day… which takes them more or less up to lunch time.

The list will probably be re-written over lunch, and possibly again at tea time. Items will be deleted if unattainable (or, more rarely, if completed), with deletions being balanced by additions. A real obsessive will make another list before bed of ‘Things To Do Tomorrow’, which will, of course, be re-written at breakfast time the next day.

List makers always seem to be such well organised folk, but a quick glance around their land, their outbuildings and, more critically, their livestock, often tells a different tale.

Having said all that, ‘to do’ lists can have their place in planning the forthcoming workload on a smallholding, but not to the extent that the making of the list itself becomes part of that workload.

It is fair enough to make an ambitious list, but it should never be overwhelming. Neither should it be cluttered up with routine stuff. You wouldn’t include such trivia as ‘get out of bed and clean teeth’, so why bother with listing mundane tasks such as ‘feed animals and milk cow’? You’ll do these things anyway, come rain or shine, list or no list. Ideally, the list will simply consist of things that are outside the normal routine workload, things that are time sensitive, and things where extra help may be required, or other people need to be involved or included in the plan.

Things to do this week:

u Speak to John Jones re: boundary fence.

u Submit grant application before Wednesday.

It’s uncomplicated, it’s achievable and it doesn’t interfere with the day-to day routine. It’s fairly critical that these jobs are carried out within the specified timescale, which is far more likely to happen when following a simple list such as this, rather than a great long one that details every minor task. That’s not to say that the minor tasks aren’t important too; they are, and must be done. You just don’t need to psychologically overwhelm yourself by writing them all down.

Another time when lists are particularly useful is if you’re planning on being away from home for a few days, especially if, like us, you always seem to take a lot of animals with you when you go. This is a situation requiring no less than three lists, some of which may need to be subdivided according to which members of the family are responsible for their execution.

The first list comprises of all the tasks that we need to carry out before we go in order to ensure that we’re leaving the farm in a sufficiently organised state for someone else to be able to come in and look after everything while we’re away. It’ll include things like mucking out, buying in feed and checking that items such as buckets, tools, wheelbarrows etc are appropriately located.

The second list will consist of the things we need to take with us, not only for ourselves (tent, sleeping bags, clothes, food, beer etc) but also for the animals that accompany us (feed, hay, water buckets etc). There’ll also be a lot of extra things on this list such as show passes, white coats, grooming equipment, animal movement licences and so on. OK, I accept that not everyone is crazy enough to take sheep with them when they go away, but even if it’s only the family dog that accompanies you, you’ll still need to cater for his needs.

The third and final list is the one that we leave for our farm sitter, detailing what needs to be done in our absence. Unlike lists for our own use, this one must contain (in considerable detail) all of the routine stuff, but none of the additional extras.

Economy of time and motion

This, I think, is what my father used to call ‘Critical Path Analysis’.

It’s important that you undertake an appraisal from time to time of the way you carry out the routine smallholding tasks (such as feeding and checking livestock) in order to make this as efficient as possible, notwithstanding the constraints typical of most smallholdings, such as traditional outbuildings and lack of mechanisation.

As I mentioned last month, if you’re disorganised, slow or inefficient when it comes to doing the basic routine stuff, then not much else will get done and you’ll be forever behindhand with the rest of the workload. My own critical path analysis consists of examining the routes I take to and from the various outbuildings (feed store, calf shed, dairy etc) during the process of carrying out the routine chores, and considering what I’m doing on each of these journeys, and why. I then consider whether each of these journeys is strictly necessary, or can I double up what I’m carrying or change my route to make it more time efficient? For example, to feed sheep in two sheds my route could be:

Instead, I keep a bucket in the feed store and take a triangular route, as follows:

It doesn’t appear significantly different when written down like that, but believe me it saves an awful lot of time when you add it all up.

I also look at areas where I can be doing two jobs at once. So, for example, instead of assembling the cream separator and then starting to milk the cows, I put it all together while the first cow is being milked. (Admittedly only possible because I use a milking machine, but you get the gist). Likewise, I can start using milk from the first cow for feeding the calves and pigs while the second and third cows are being milked. If I were to wait until all three of the cows had finished milking before starting to feed the calves etc, then doing the routine chores would take much longer. However, this does depend on me having absolute confidence in the behaviour of my cows when in the milking parlour.

Carrying the same principle over to other aspects of the smallholding helps you to plan carefully and save time.

MORE: Tim, with his wife Dot, is author of Viable Self-Sufficiency – The Ultimate Guide to Living off the Land. Email info@viableselfsufficiency.co.uk to order a signed copy.