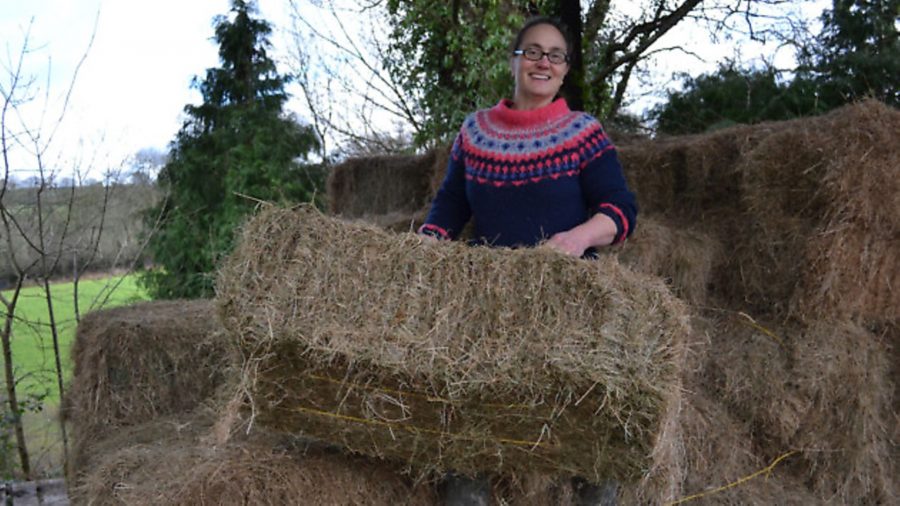 In our January issue, Alicia Miller wrote about the rewards and fulfilment of the smallholding life. This month, she writes about the more challenging side of ‘the good life’ 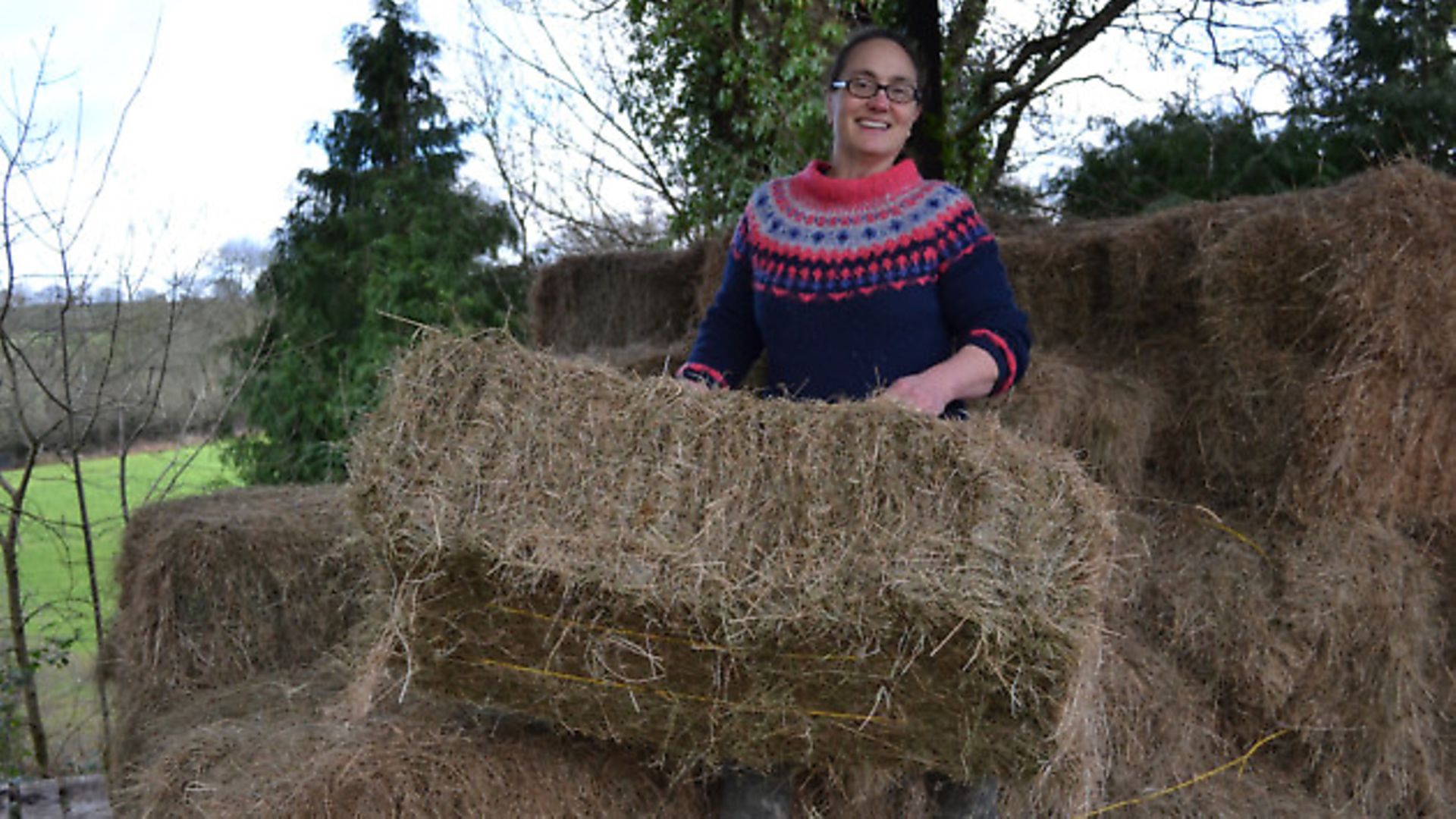 Irecently wrote about the rewards of a life on the land, of which there are many. But equally, there are many challenges. I sit down to write this after spending the better part of a week, sat 12 hours a day (I kid you not) trying to unravel our accounts and turn them over to the accountants for our tax returns. Every year, I swear not to let it go so late, and every year I fail at this.

I do not have a mind for maths and neither does my husband Nathan. We came into farming from careers in the arts – myself a writer and curator of contemporary art, and Nathan a filmmaker. The minute either of us sees numbers on a page, we are confounded. I know that maths is incredibly creative, but you have to be built differently than we are to understand it. So keeping our books in order is daunting, to say the least. Nevertheless, I feel strongly that I have to take it on, to know where our business stands and understand its strengths and pitfalls. Farming is not a specialist profession – it’s a know-everything profession, largely because you don’t have enough money not to.

So we’ve learned a lot on our feet. Nathan is handier around the farm than he ever thought he could be, and he’s learned more about tractor mechanics than he ever really wanted. YouTube is a godsend – you can find out how to do almost anything. There are videos on making chicken houses, mending wheelbarrow punctures without taking the wheel off, polytunnel skinning, building a smokehouse, curing meats, and so on. There’s both pride and learning in figuring out how to do something you’ve never done before, no matter how small.

But our biggest challenge by far is money, and it’s not just the accounting of it. Along with that goes learning to live outside your comfort zone. For many years, I had a permanent job, always knowing where the money was coming from, doing the 9 to 5. But when we took on the farm that all changed. I needed the flexibility of freelance work where I could fit work in around my farm life. But with that also come precarity – my current contract has a notice period of two weeks. 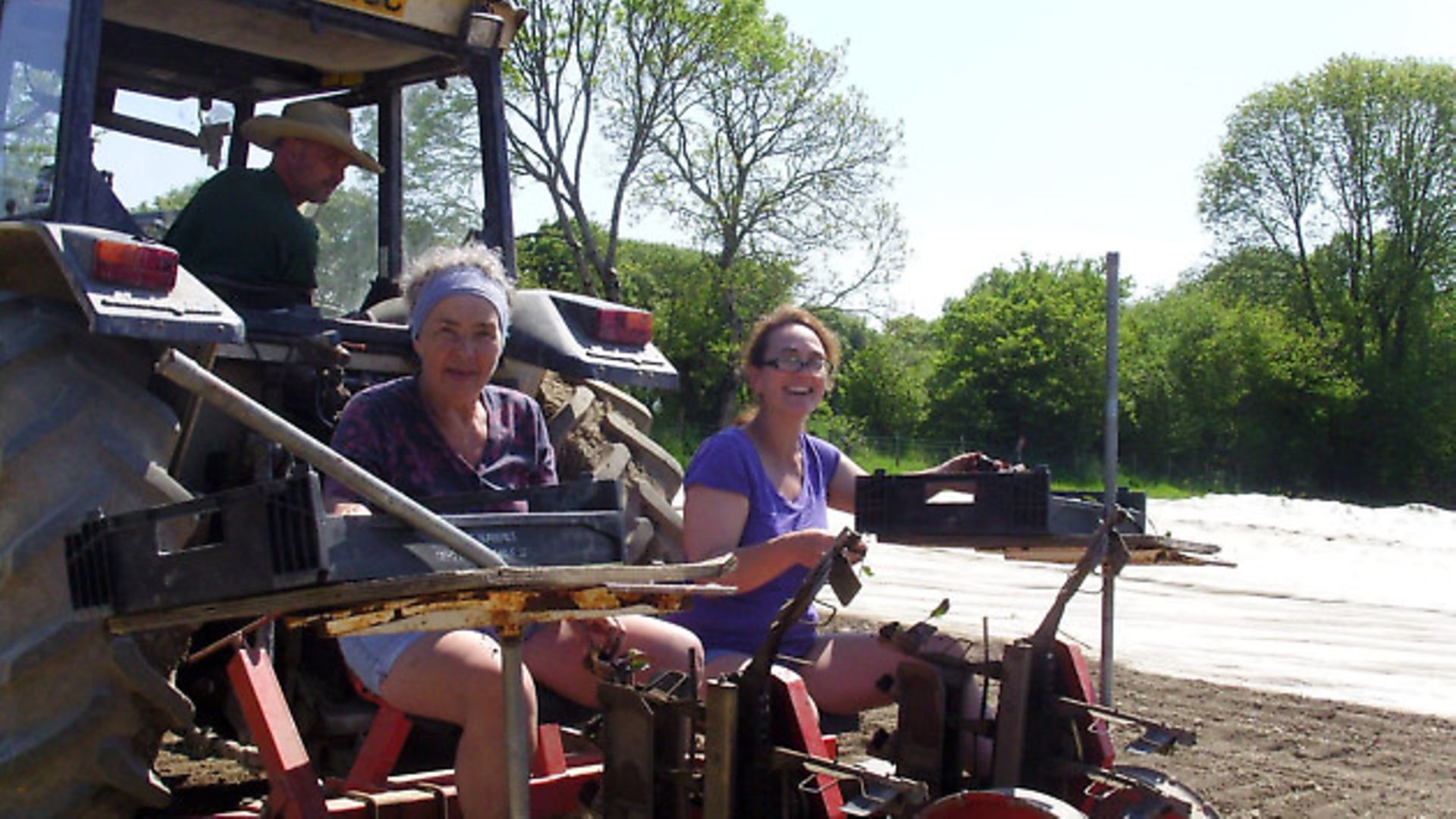 Farming is precarious in other ways as well – its dependency on the weather can have brutal results. In 2012, when it rained almost every day from May until well into winter 2013, we had a very tough season, emotionally as well as financially. We had widespread crop failures because of the water-logged soil and the Armageddon of the slugs that occurred with the constant downpour. After dinner, all summer long, we went out and killed slugs for a couple of hours, seemingly without making a dent in their numbers. Nathan was beaten by it, watching crop after crop run into trouble and slogging through heavy mud all summer long; depression, inevitably, crept in. Knowing we weren’t alone in the misery didn’t help much – the weather cost British farms a staggering £1.3 billion, and far more in emotional stress.

Some people come into farming and smallholding with money, having left lucrative careers in a bid to do something more grounded (literally!). But farming is anything but a money-spinner, even when you’re running in the black. And sustainable farming, in particular, operates on an uneven economic playing field. Farming subsidies are linked to size and have long favoured industrial farming. There is little financial support for the environmental and social value of sustainable growers. In 2014, the New York Times ran a poignantly titled piece on this called ‘Don’t let your children grow up to be farmers’, revealing how few sustainable farmers actually make a living off the land.

It’s always a struggle to keep the farm in profit – which we do, albeit a small one – and it is dependent, as most farms are, on at least one partner bringing in an off-farm income. The idea of having savings is ludicrous; any money going spare is ploughed right back into the farm.

Most farmers we know will work until they die. Part of that is habit – it’s difficult to let go of something you’ve poured your heart and soul into, and hard work becomes a reflex of living. This is perhaps the hardest thing Nathan and I have had to negotiate. We’re both in our 50s now and, while we are fit and healthy, age is setting in with aches and pains we didn’t have a decade ago. Nathan’s worried that arthritis might be starting into his knees and elbows, and I’ve had nagging back trouble flaring up from time to time. The tiredness of a busy, physical life gets to us both at times.

I’ve always said that I’d rather have a life I didn’t expect than one I did, and I’ve certainly gotten that. I’ve moved across the world and wound up somewhere I never expected to be, doing something I never expected to do and, for me, that’s deeply gratifying. Life should be full of surprises and it should test you – Nathan and I have never wanted easy and comfortable, even though we sometimes long for it. The road less travelled, for us, has been richer than we ever imagined for the challenges we have faced and the reward of facing them.

* Alicia and Nathan have a smallholding in west Wales: www.troedyrhiwfarm.co.uk