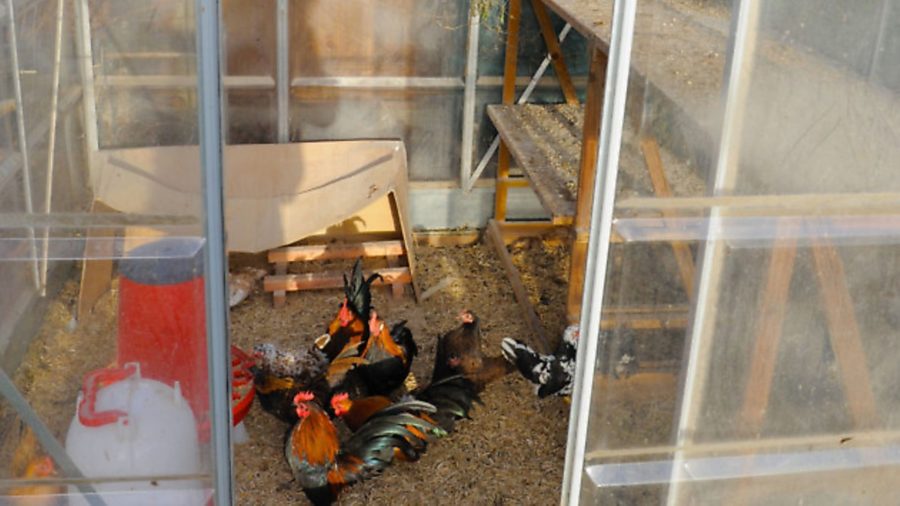 Vet’s advice to help you with your animals

Question:We have been following the news about bird flu with trepidation, and have been trying to implement the measures suggested by DEFRA to prevent our flock coming into contact with wild birds. We draped a large polythene silage cover over the top of our chicken run and tied it down with binder twine. This enables the birds to leave the hen house and use the run while remaining under cover. We also put the drinker under cover in the run and the feeder is inside the house. We have put some branches in the run so the birds can perch. We have added a nutritional supplement to their water and added extra DM to the hen house to ward off red mite. We have also placed a large bowl with disinfectant in at the entrance to the chicken area so we can wash our boots on the way in and on the way out. Are there any other measures we should be taking?

VR says:If you had already made plans for keeping poultry indoors, you get 10 out of 10, but most people have not listened to the advice given since the AI outbreak in 2006/2007 of keeping poultry and wild birds separate. The most dangerous wild birds are free-flying waterfowl as they carry AI without being affected. Other wild resident birds could also do so, thus excluding them is sensible as well. In its most pragmatic terms, ‘indoors’ means protection from wild bird faeces, so a covered run is better welfare for chickens than being shut in a dark shed, although the ventilation arrangement should let daylight in for eating and drinking. If you are lucky enough to have a roofed barn, that can be set up with entertainment for the hens such as green vegetables hung up, branches to climb on and feed blocks to peck at, apples threaded on a string and knotted between each, swedes cut in half etc. This will help keep them occupied and interested and help them adjust from free-range and avoid conflict until the prevention restrictions are lifted. Your hens will need to be either contained in their hut until the zone is lifted (currently February 28, but could be extended), or you can provide them with a covered run for fresh air and entertainment, the top of the run must be solidly covered, a tarpaulin would be the quickest solution, set at a slight angle for water run-off. Build something temporary and don’t forget, whereever you put them, to add lots of entertainment e.g. branches for climbing, small straw bales, vegetables hung up etc. Polytunnels are excellent as long as ventilation is good so that the birds do not get too hot. In any case, add cider vinegar to chicken water (50ml:500ml, plastic drinkers only) during the restrictions as an immune strengthener plus wheat can also be sprouted if grass is limited and if done sequentially in seed trays or similar should provide both entertainment and good nutrition. All poultry is adaptable – it is known as domesticity.