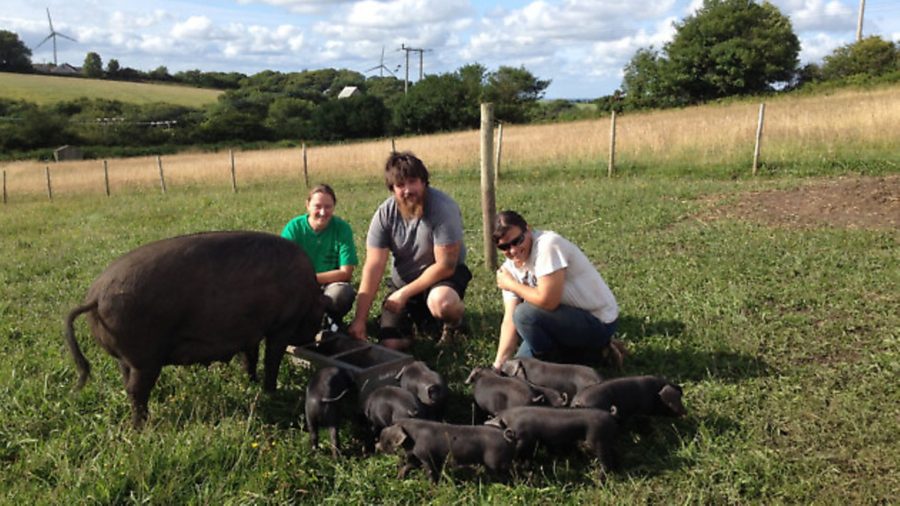 A year ago, we featured some smallholders in Cornwall who were making great strides into marketing their produce. So how have they got on since then? LIZ SHANKLAND has been finding out. 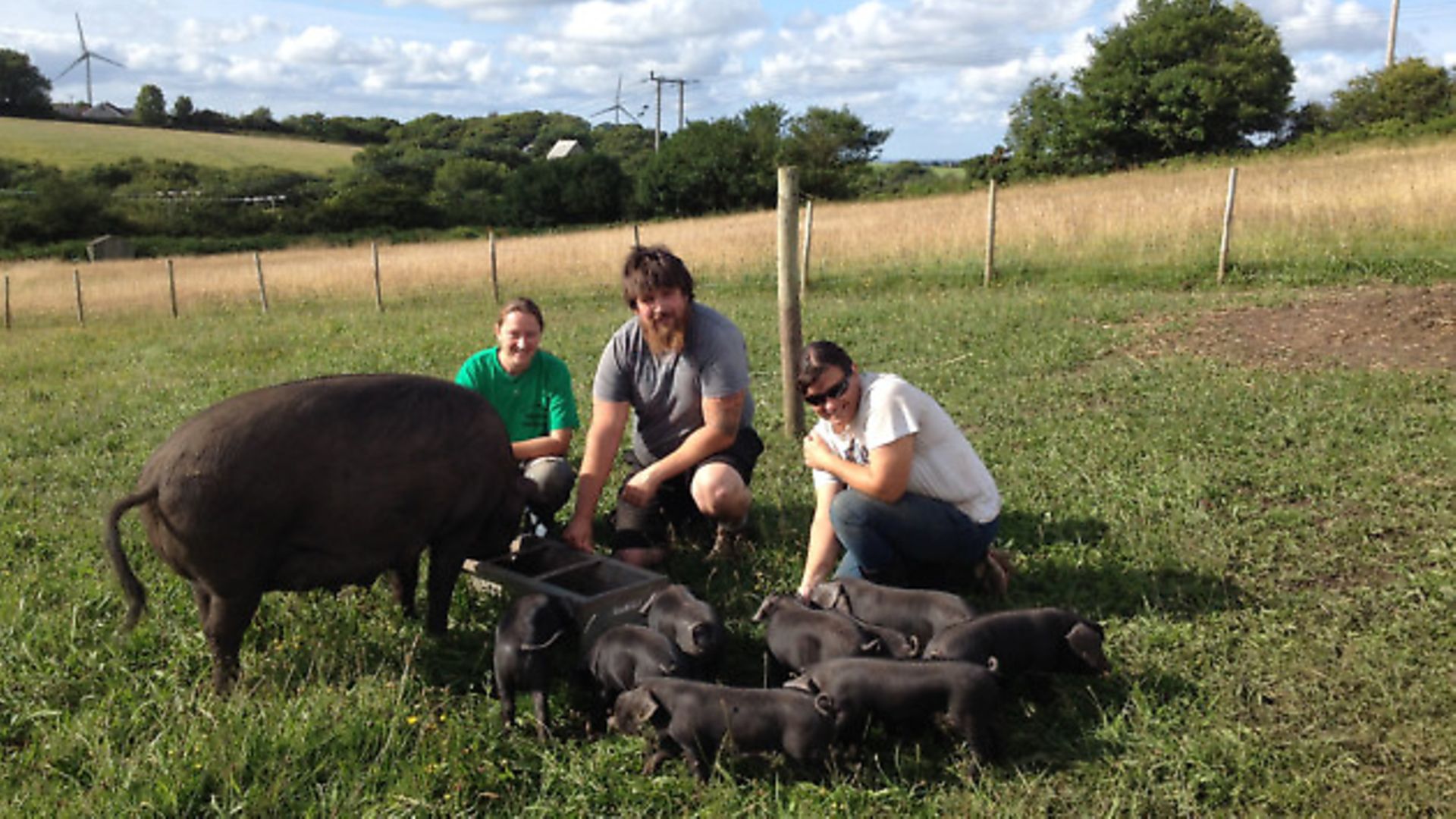 What a difference a year makes! For last November’s issue of Country Smallholding, I interviewed Mandy Wright from Little Rosemellyn, near St Austell in Cornwall, who, along with her son Ben and best friend Nerissa Marx, set up The Jolly Porker, a smallholding specialising in selling rare breed pork and free-range eggs.

After a long search for suitable land, they finally found a 13 acre plot and started with some Large Black weaners to raise for meat, before progressing to investing in breeding stock. 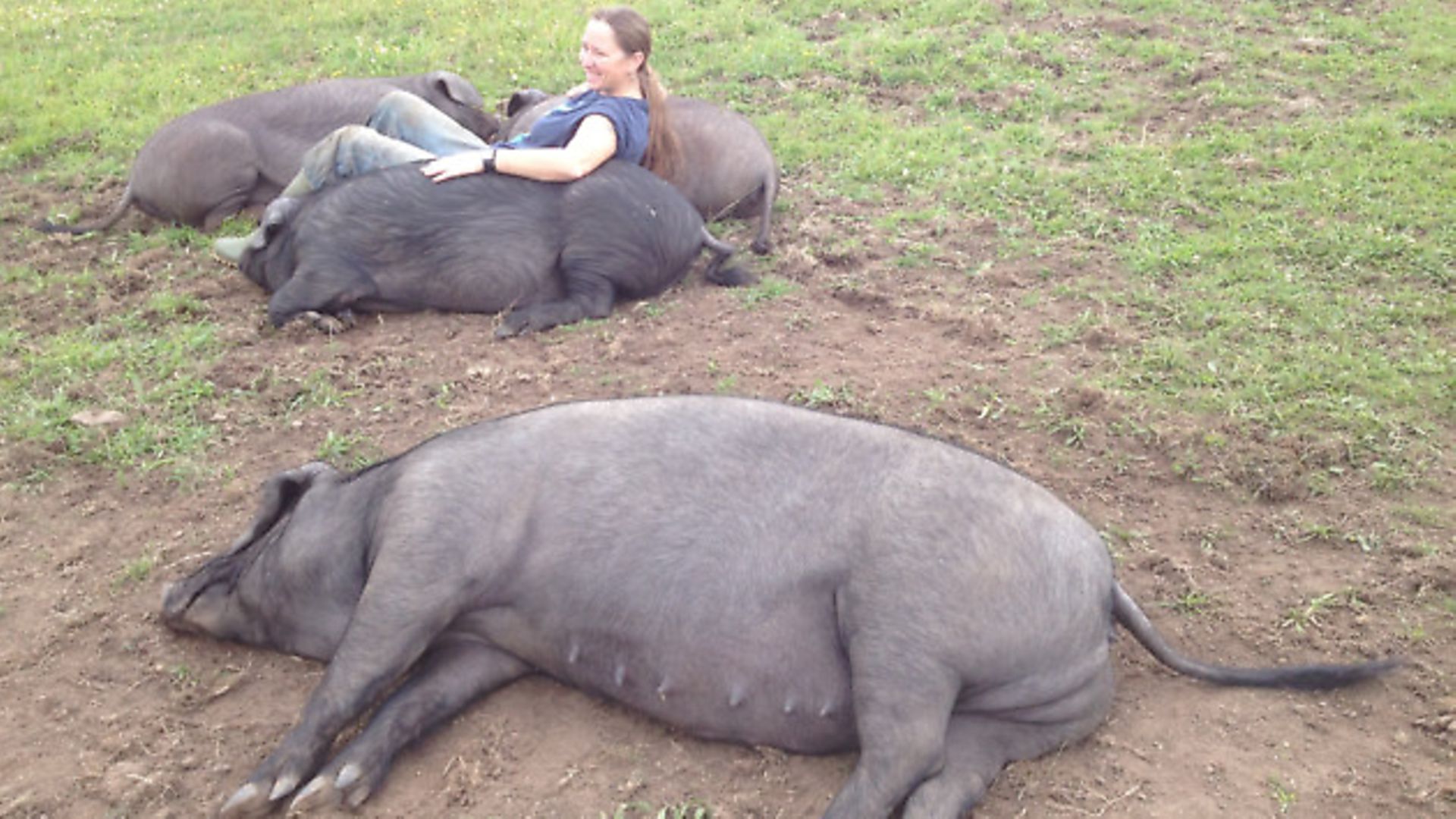 Mandy is clearly pleased with the way things have progressed so far. “When we started with the idea of a rare breed pig farm, the one major thing Nerissa did was write a very basic business plan with our ideas, which showed that, on paper, it should work,” she explained. “Those ideas have slowly and gradually started to come together and we are starting to see more of an income coming in on a regular basis – not just every now and then. I think this has given each of us a sense of achievement.”

Finding the land in the first place was a major stumbling block, but even when they bought some, there were problems, as a borehole had to be sunk for water and solar panels installed for power. Then there was the small matter of working without any buildings on site. 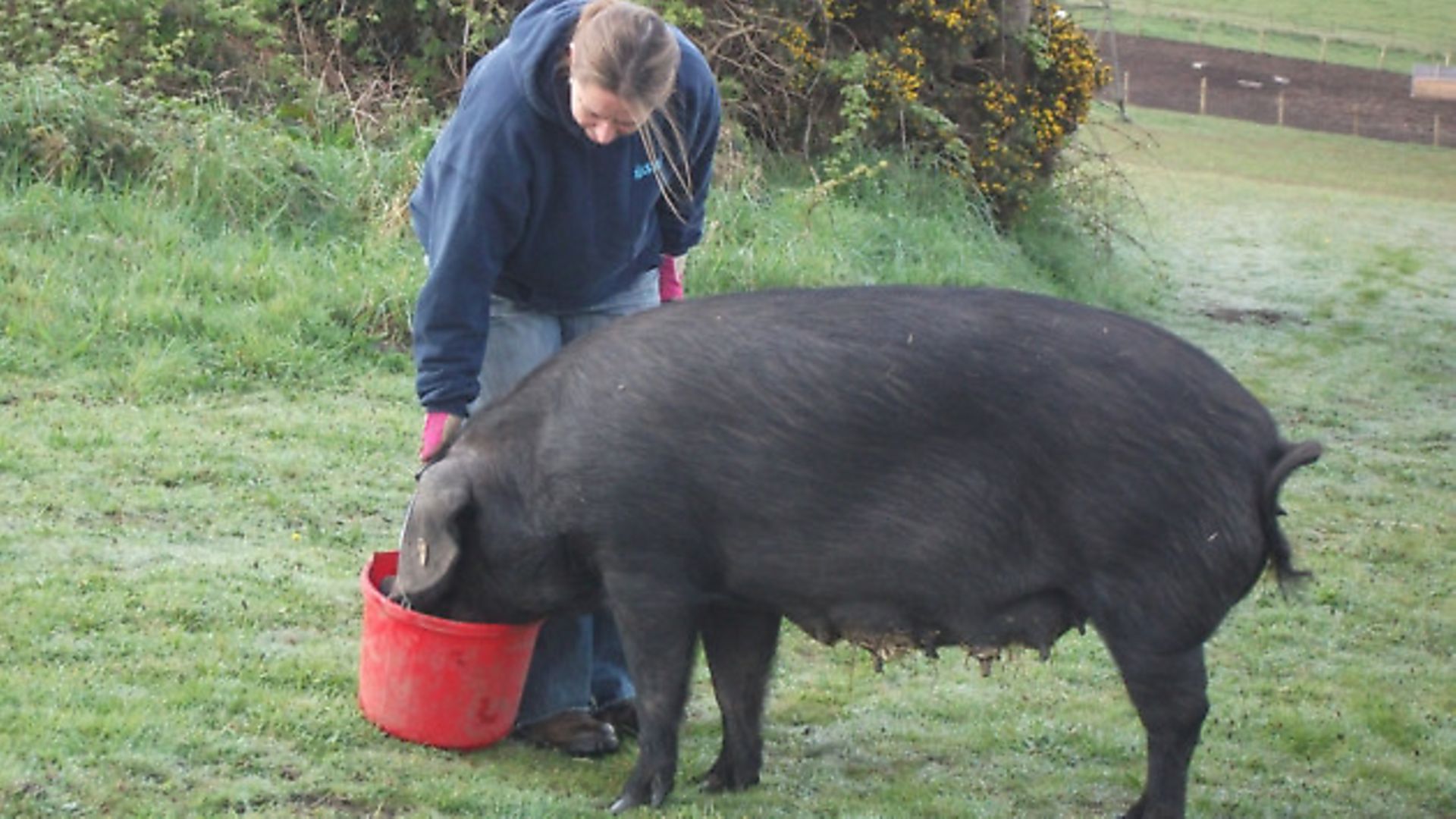 “Our idea was to live on the land while we built the business. We were initially given some bad advice, and we eventually applied for planning permission for the ‘use of a mobile home as a temporary agricultural dwelling’. We consulted a with a chartered surveyor and a local estate agent and worked alongside them to complete a full business plan which included any relevant information that supported the business, to submit with the application. We were delighted to receive confirmation that the application had been approved for a period of two years. Our end goal is to eventually make that permission permanent.”

Mandy, Ben, and Nerissa have all kept their ‘proper jobs’ to help financially while the business is growing – Mandy and Nerissa are still based at Newquay Cornwall Airport and Ben works as a warehouse supervisor. However, they are already thinking that they might have to make some adjustments as their smallholding commitments increase.

“The more the business develops, the more often the conversation comes up about someone needing to spend more time here,” Mandy said. “It seems inevitable that – hopefully within the next 6-12 months – I will go part-time. The way we work hasn’t really changed from the start; it has just fallen into its own pattern. If we are all working, the last one out does the first feed, and then the first one home does the final feed.

“Any maintenance is shared by us depending on what needs doing and who’s home and who decides to escape on which days. We each find ourselves little projects that we aim to do when we’re on our own – we now have a water system which now stretches through three fields, Nerissa has been staining all the houses, I’ve just made a decking area, complete with furniture made from wooden pallets, just in case we ever find time to relax and enjoy a few sausages and belly pork on the barbeque!”

And how were the pigs doing, I wondered? “At present, we have 11 pig pens, plus two farrowing pens,” Mandy explained. “We have approximately 40 pigs on site – all ours except one young gilt from The Lizard which is visiting one of our boars. We have stayed with Large Blacks as that is where our passion lies. We love that its origins were in Cornwall and wanted to help bring back a rare breed. We have a total of 13 registered sows and gilts but we also have another four unregistered. There are two registered boars of different bloodlines, a Super and a Malcolm. We have a birth-notified young boar which we are hoping to sell for breeding, five unregistered pigs that we bought in, which are ready to go to the abattoir, plus 14 piglets which were born last month.

“Our aim is to get the right balance between selling for breeding and producing meat, as I you can’t do one without the other. If you can’t get people to eat the meat then there’s no point breeding pigs!

“We used artificial insemination on our original sow – Bella – and we had positive results. Just before last Christmas, following our first attempt, we had a litter of seven. I’m not sure if it’s that easy or whether we had a bit of beginners’ luck. Now that we have our own boars, we are starting to take in sows and gilts from other pig keepers. The boars are slowly getting a name for themselves locally, with quite a few enquiries about boar hire coming in and some happy sows leaving us.”

Most of the meat sales are still to friends and work colleagues, but word of mouth from satisfied customers is helping to spread the message to others. The weaner side of the business is also starting to take off, with sales to other smallholders who want to raise their own pigs for meat and an increasing number of enquiries about registered breeding stock.

“We haven’t changed anything regarding our other livestock – we still have 35 chickens that are still producing eggs on a regular basis and, as before, we have orders before the eggs are even laid. It’s going so well that we hope to add another 50 chickens over the next couple of months.”

So, looking back over what has been achieved, would Mandy, Ben, and Nerissa change anything if they had the chance to do it all again? “I don’t think we would,” she said. “Each and every thing has been a learning curve which you have to look at positively, because that’s what makes you and gives you the experience to move forward.”

• If you’re going to apply for planning permission on your land, get yourself a good chartered surveyor and a local estate/land agent to give you sound advice – someone who will work alongside you to build your business plan.

• You must believe in what you are doing and what you are about. Believing is what gets you through the tough times.

• Don’t waste money. There have been times we have bought things which were poorly made, and then realised we could have made better ourselves. We now make our own sheds and chicken houses, for instance.

• Never refuse anything you’re offered – there will always be a use for it.

• Always barter goods and services. Through bartering, we have had machinery fixed, crops cut and baled, and fields ploughed. It’s great.

• Finally – never throw a pallet away! I love pallets. They fix broken fencing immediately, block holes in hedges, and they make bases for feed stores, sides for shelters – and even garden furniture!”