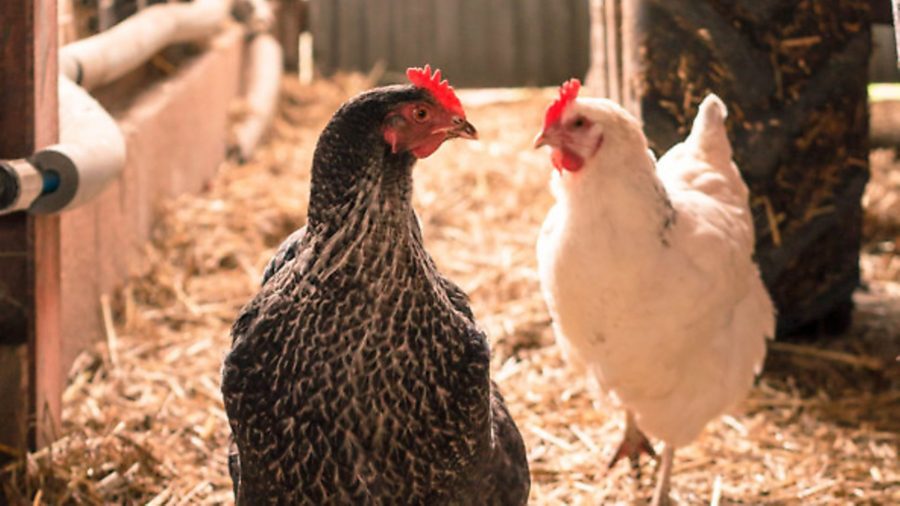 Sam Gray gave up a busy city life for the ‘good life’ – and she loves it. In a new feature series, we will follow Sam on her smallholding journey 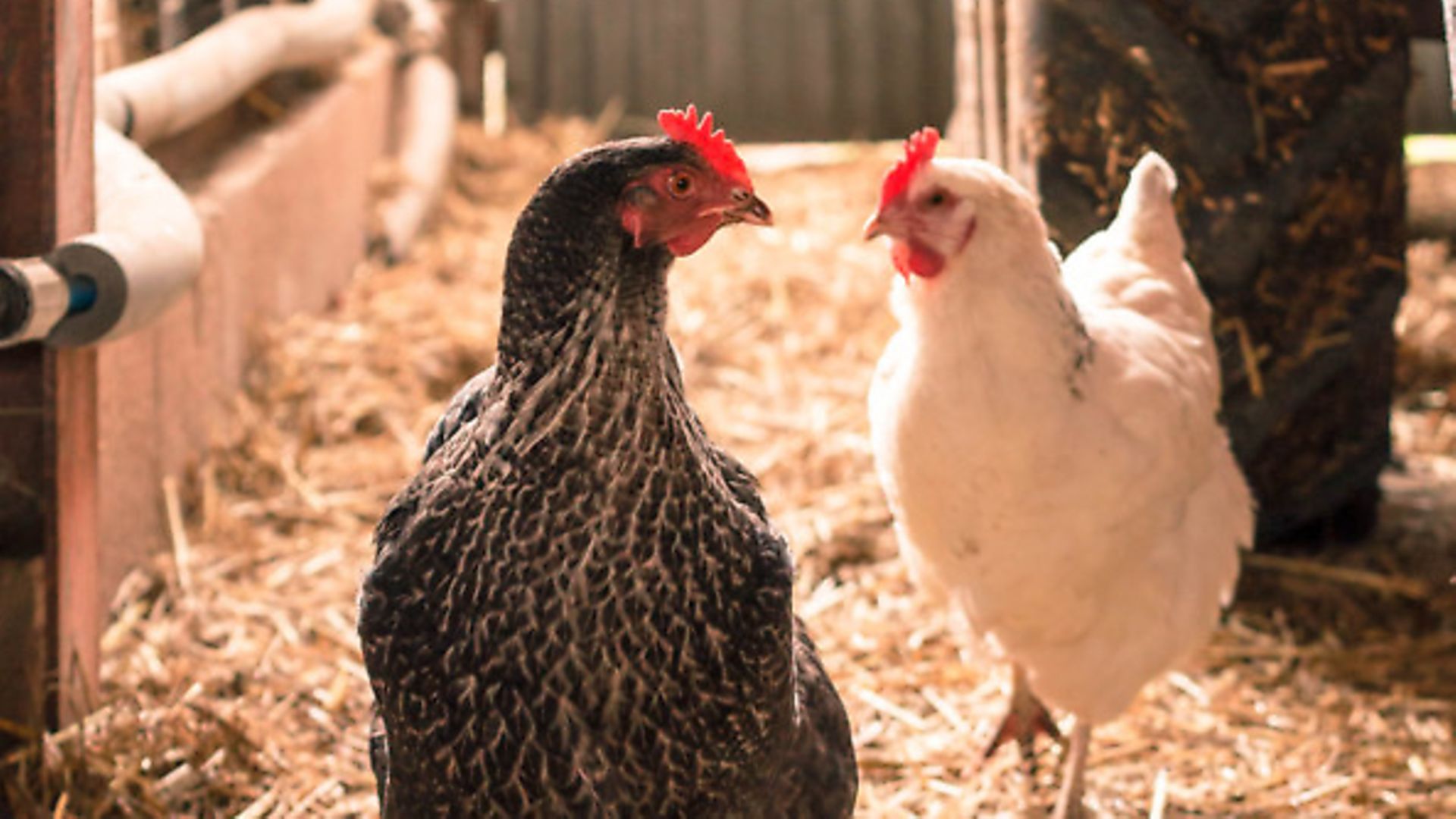 I’m not sure if it was Hugh Fearnley-Whittingstall’s dishevelled curly locks or his ‘do as it says on the seed packet’ approach to veg growing that sparked the desire in me to give it all up for wellies, but I am sure that I was not the only one inspired by those early episodes of Escape to River Cottage.

If someone had told me back then that I’d be writing articles about smallholding life, I would have laughed, disbelievingly, while eyeing up my company car and laptop. Growing up just north of London and an early career in national accounts I was, in no way, prepared for the future that lay ahead.

Although I’d moved to Shropshire a number of years earlier, stumbling across Middle Farm was an extraordinary stroke of luck that ticked all the boxes for a new smallholding life. It sits at approximately 1,000ft on the north-east slopes of the Long Mynd. In this part of the world it is rural enough for my two kids to play unchecked for hours, high enough to escape all traffic noise, yet not so remote that a trip into town feels like a ‘day out’.

Despite consuming hundreds of topic-related magazines, including Country Smallholding, the reality of breeding rare pigs, chickens and sheep, growing veg, fruit and raising farm kids Madeleine and Connor (now 10 and 8 respectively) has taken more practice, patience, and self-motivation than I could have anticipated.

As things continue to evolve since watching those first influential television series, and having become well-practised in the art of shovelling muck, delivering newborn piglets, loading animals into stock trailers, rigging up electric fencing, tattooing, tagging, sowing, planting, picking, preserving, and much more besides, I cannot imagine ever spending my days doing anything else. It is an extraordinary privilege to be able to live, work and raise children in this inspiring environment. 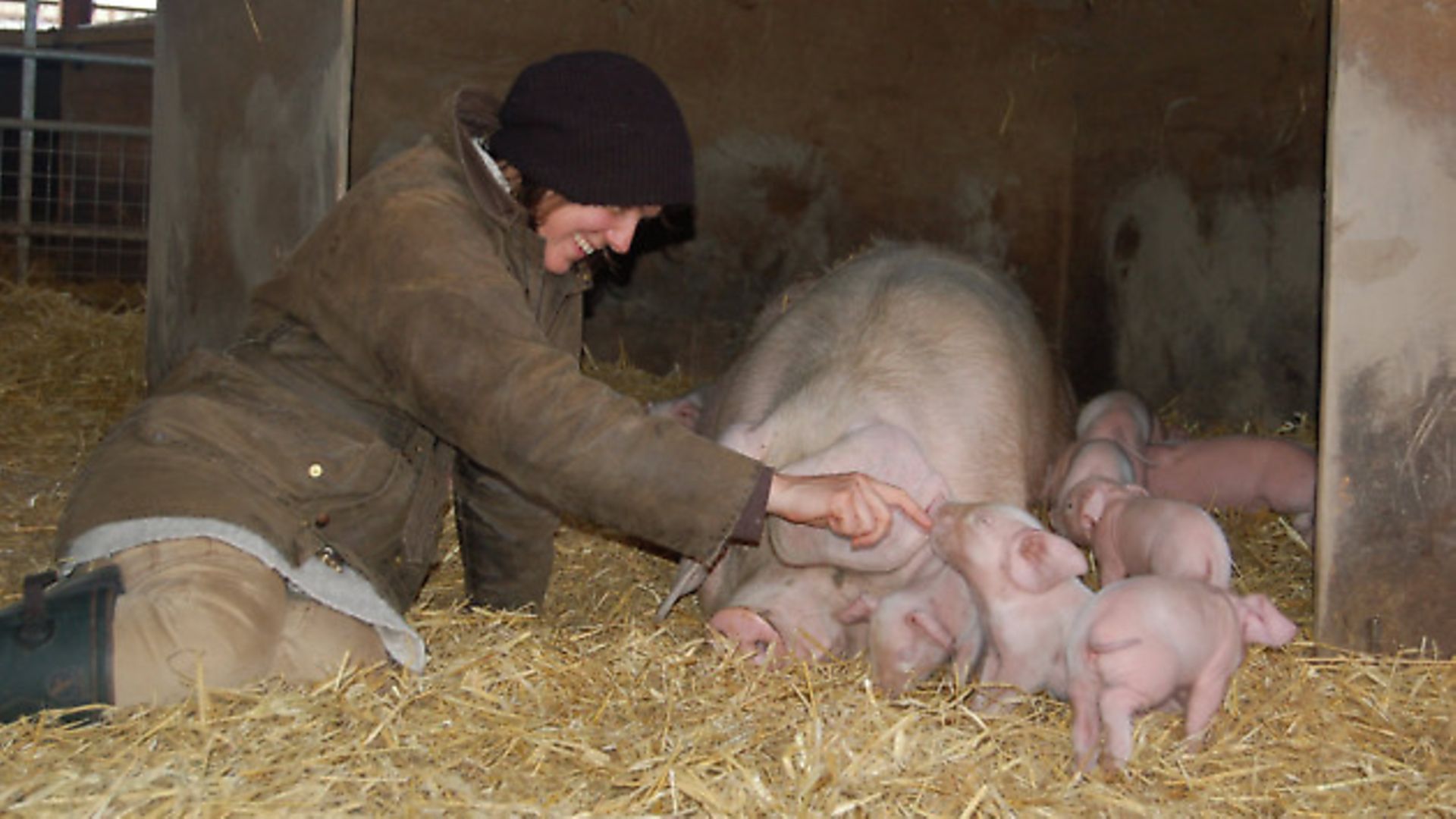 It’s that hour again – shoddily-clad in Aigle wellies, old ripped jeans (thanks to barbed-wire fencing) and a tatty T-shirt, I leave the house to make the morning feeds. It’s the same daily routine: chickens, pigs, sheep, greenhouse, kids, me.

For the chickens, however, it matters only that they come first in the pecking order. The early morning feed is always greeted with much excitement, although the mixed corn with added sunflower seeds doesn’t generate as much enthusiasm as the physical act of the gate being opened. Their freedom to roam has become part of their daily routine, and their findings – mostly bugs and worms – make their eggs (when I can find them) taste that much better.

While fox attacks are not unheard of, I’ve only experienced two in my seven years at Middle Farm. Therefore, on balance, the choice is to let them ramble at will during daylight hours on the immediate five acres that surround and include the main farm. An eclectic mix of Cuckoo Marans, Araucanas, Fresian fowl, Cochins and Sussex can often be found rummaging through discarded pig muck for flies, taking dust baths in dry patches of the greenhouse soil or wandering dangerously near to the narrow and luckily very quiet lane that splits my land in two. 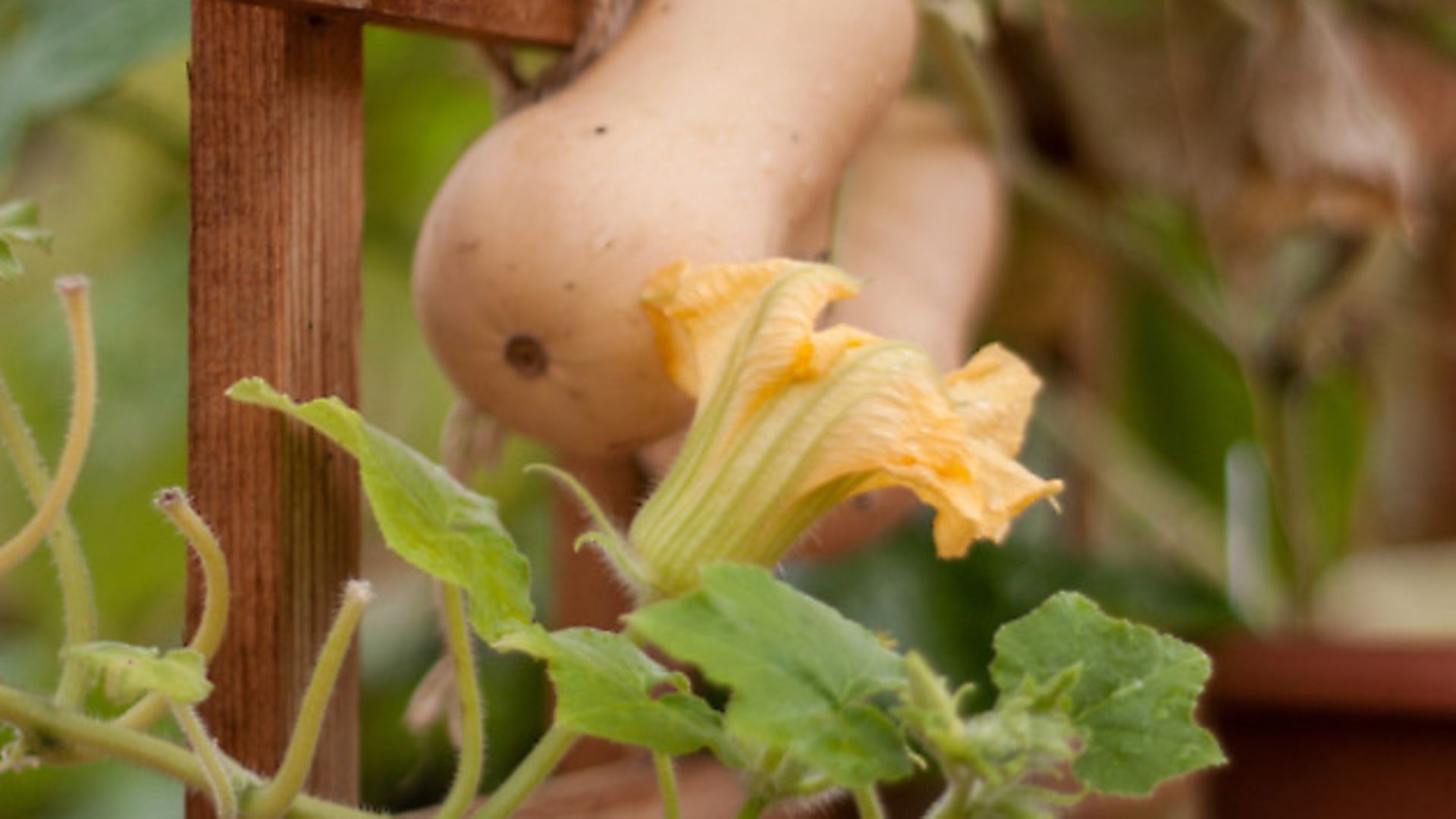 Next up is the pigs. One sow, Jenny, and her eight piglets in one pen, second sow, Gwen, and her twelve piglets in another and one growing boar, Jack (on his own until he’s big enough), all noisily sound-off as I prepare breakfast. Unaware of the kerfuffle, two new gilts, Betty and Margaret, sleep in a separate ark outside.

British Lop pigs and pork are by far the most prominent inhabitants of this farm. My passion for keeping rare-breed pigs was ignited after a one-day course seven years ago with Tony York at the infamous Pig Paradise Farm. A morning spent with a variety of breeds followed by lunch, dining on a shoulder of Tamworth, was all the persuasion I needed.

Weighing up all the pros and cons of each type, I decided on British Lop mainly because they needed the most help. Despite all their attributes as great mothers, good litter sizes, a dual-purpose pig for bacon and pork and of course delicious slow-grown meat, they remain Category 2 on the endangered species list. Being plain white with no spots or stripes hasn’t helped their cause.

Getting involved in the foodie world has aided enormously in raising local awareness not just of rare breeds but also the quality of life on small farms like this. From supplying local restaurants to managing my holiday cottages, taking sow and piglets to food festivals and hosting radio shows from the farm, I hope I succeed in giving the public the opportunity to taste, see and experience the top-end of pig farming. 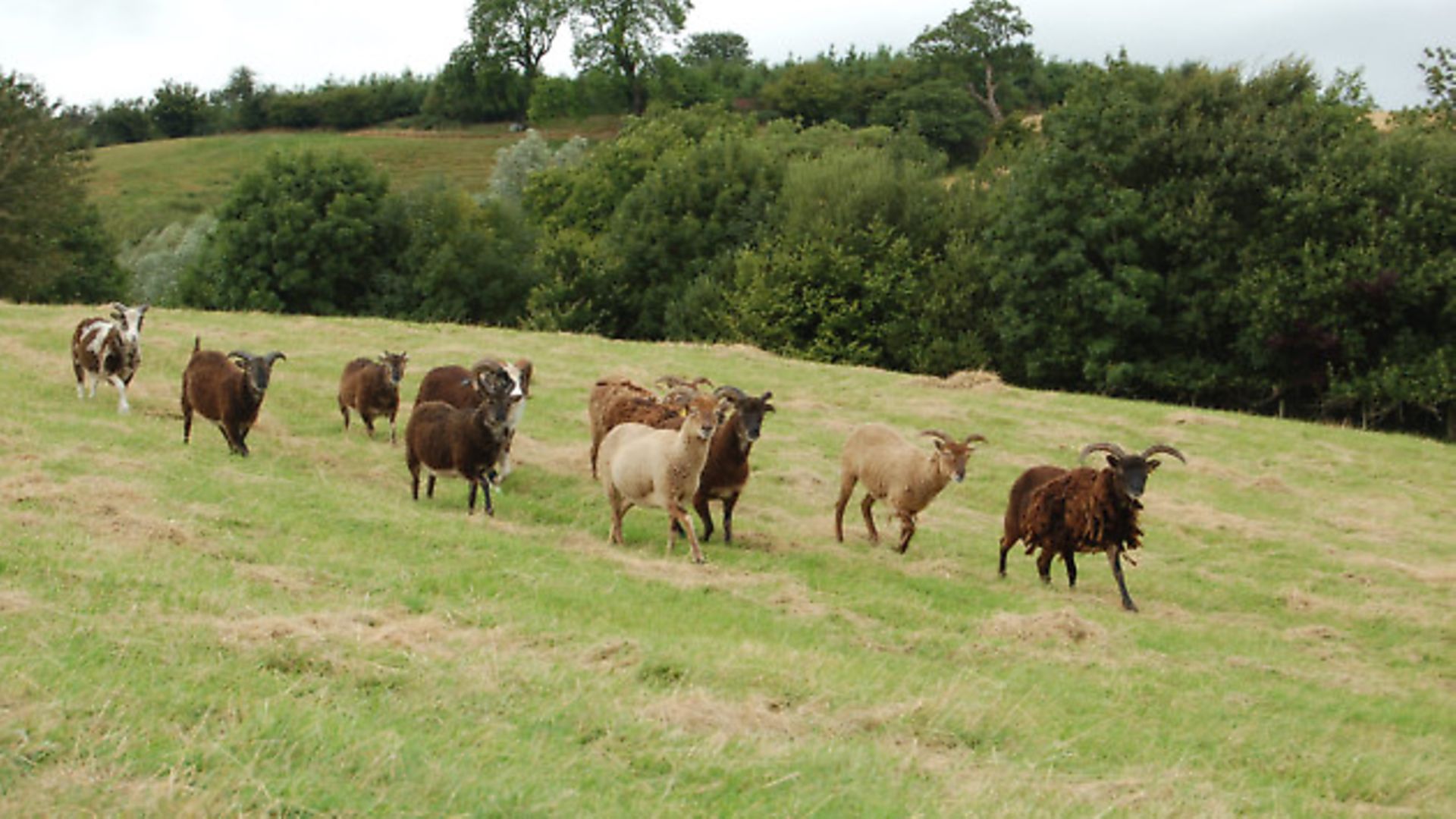 My plans for Betty and Margaret are to be the future sows with piglets shown at festivals next year, so as I shake the bucket of feed approaching their pen, I am delighted to see them bounce out of the ark.

It is this part of the morning feed I find most transfixing. All 11 Soay sheep run towards me at great speed to be fed out of troughs. It may seem strange to be feeding sheep when there is plenty of grass around but this is a routine I must maintain all year round if I am ever to catch and handle this wild, independent and primitive breed. For me, their beauty and grace is second to none. These creatures bring with them a calming sense of peace that I find hard to describe. Looking more like brown, horned goats with the speed and agility of small deer, they still remain too timid to touch but trust me enough now to feel safe coming to feed. Again, like pork from British Lop, the lamb from Soay is outstanding. With very little fat and a deep rich flavour I cannot breed enough to meet demand. However, there is no point breeding them at all if you can’t get hold of them! Out of necessity I have very recently built a gated area around their troughs that will allow me to shut them in when I need to. Whether this is for worming or removing tup lambs for slaughter they respond well, like all farm animals, to daily routine.

With empty bucket in hand I return to the yard and to the greenhouse. This 15 x 22ft hot house is propagation for nearly all the vegetables grown at Middle Farm. Currently, only the ripening tomatoes, aubergines, butternut, cucumbers, peppers and recovering lemon and lime trees can be found under glass. As I pass the hose carefully over each plant, I feel the first pangs of hunger. What a wonderful way to start the day.

Sam has written a book about her smallholding life called Doing It In Wellies, and continues to write a blog.

“The initial notes scribbled on scraps of paper a few years ago were simply reflections and things learned from running Middle Farm. Not written for a reader at first but just for me,” she said.

“Since I don’t come from farming stock, in fact I didn’t even grow up in the countryside, it felt all the more necessary to document this special way of life. Somehow with the help of another friend, editor and now business partner Kate Taylor, my notes became a hardback, brought to life with many beautiful photographs taken by local photographer Richard Hammerton.

“Smallholding doesn’t quite fit into the ‘farming’ category nor into town life but relies on a knowledge and balance of both to work successfully. This story is not a guide or a how-to book but tells of how we can manage to live the ‘good-life’ from holiday cottages, pigs, chickens, sheep, veg and most importantly the support and encouragement of local friends and colleagues.

It was a privilege to write and, I hope, fun to read.

The book is available online at