Our livestock can self-medicate through their grazing practices, but the plant species we provide for them are key 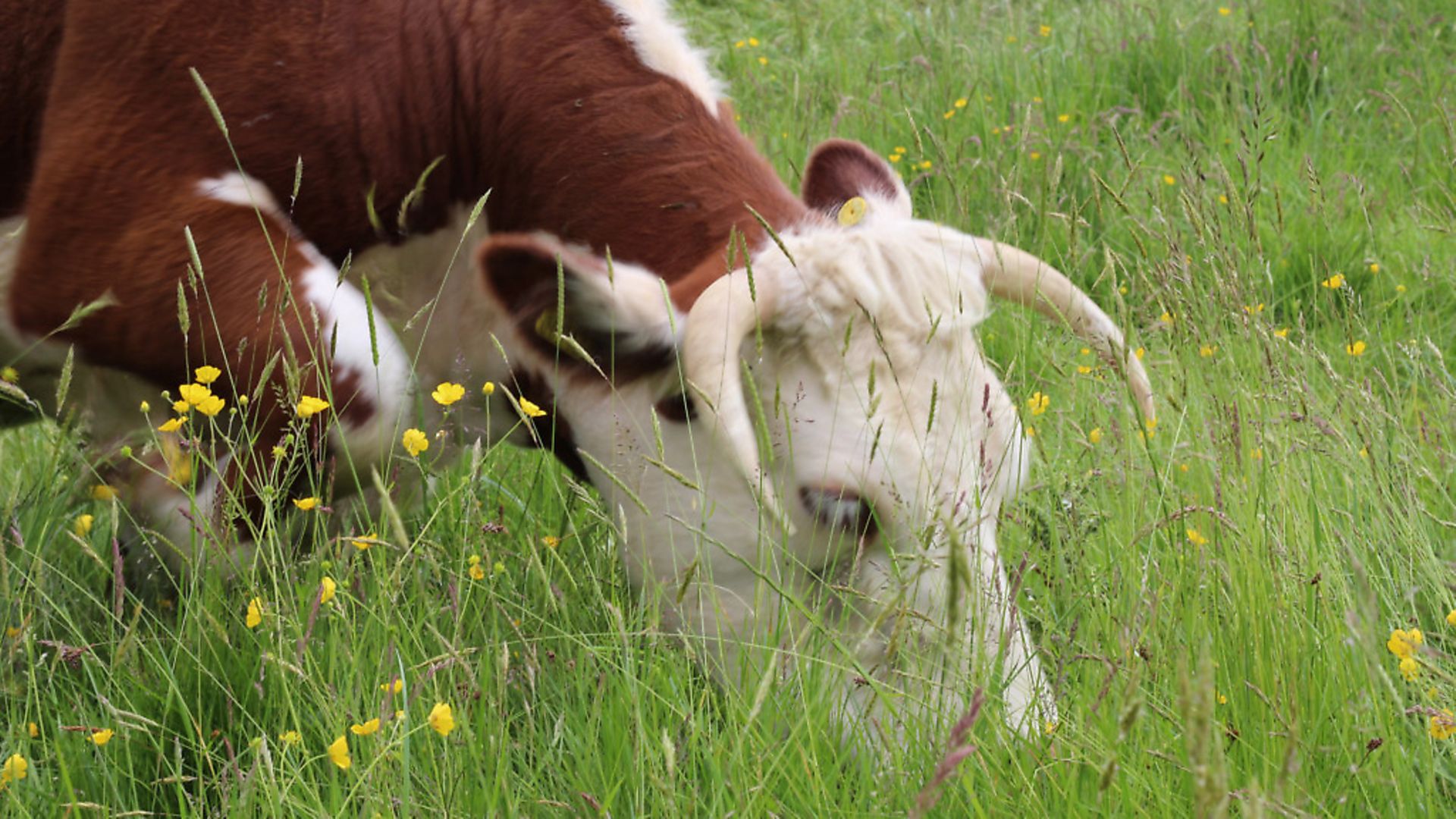 “The health of the soil, plant, animal and man is one and indivisible,” said Sir Albert Howard (1873-1947), one of the forefathers of the organic movement. Science is still catching up, but Sir Albert understood back then the inter-relatedness of soil health to plant health, to the health of the livestock that ate the plants and, ultimately, to human health.

Until the relative safety of domestication, where livestock are protected from predators, prey animals with the greatest ability to select the most nutritious plants grew the strongest, ran the fastest and passed on their genes and their behaviours to their offspring. A sophisticated palate was critical to survival of the fittest.

Within the blink of an evolutionary eye we have selected wild animals for their ease of domestication and then developed breeds that provide us with meat, milk and fibre. These domesticated breeds still retain the innate instincts of their wild ancestors and, given the opportunity, livestock will use these instincts along with learned behaviours to select the most nutritious plants.

Research shows that youngstock learn what to eat from copying their mothers and that the health of the gut microbiome of a lamb or calf or kid is set early on in life. Choosing to breed from the animals in your flock or herd who keep themselves healthy naturally and rarely need your intervention is the start of building herd/flock health.

We can further foster robust health in our livestock by facilitating their ability to self-medicate through our grazing practices, the plant species we offer access to and allowing offspring to learn from their mothers by, for example, as soon after weaning as possible putting them back together to run as one mob.

Livestock who have learned selective grazing and browsing behaviours will naturally self-medicate given the opportunity and diversity of plant species to choose from. However, they will also preferentially select for sweetness, probably for the same reason that humans do — we are tuned to seek out sweetness as it was so rare in our evolution that any opportunity to consume high-energy foods was essential to see out the lean times.

When plants photosynthesise they make highly concentrated carbon compounds in the form of liquid sugars in their leaves and store them in their roots. The tearing off of a plant leaf by grazing livestock sends a hormonal message that triggers nutrient cycling via the poop loop which enables the re-growth of the grazed leaves.

The newly grown leaves are bright green with the concentration of chloroplasts where photosynthesis takes place. Those bright green, sweet tasting leaves are extremely attractive to livestock and, given the chance, they will go back and remove that regrowth as soon as it is long enough to take a second bite. 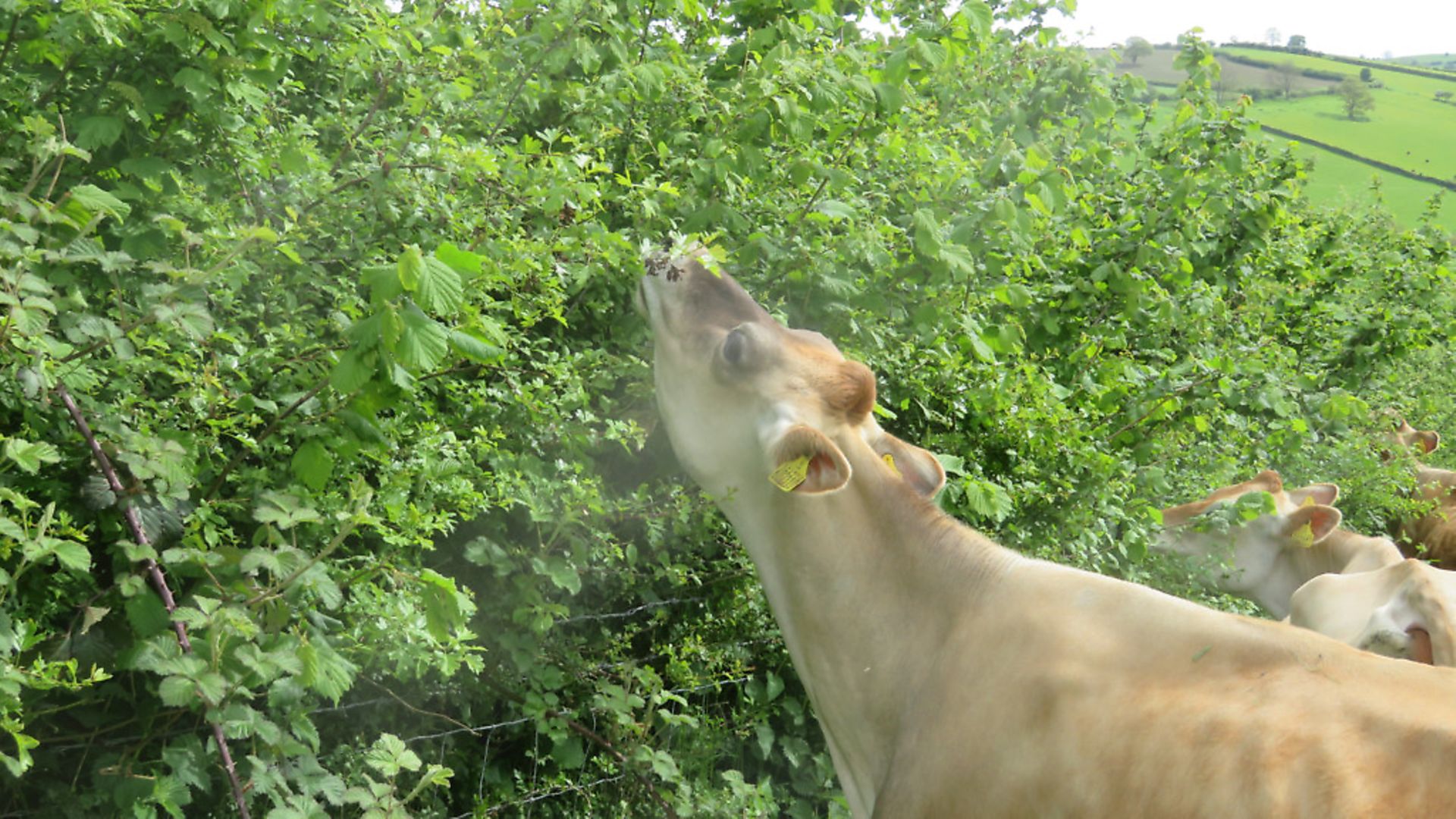 Mob grazing pastures, with moves planned before the re-growth allows the taking of that second bite, helps to break the intestinal parasite life cycle. Part of that life cycle involves infective larvae, hatched from eggs in the dung, migrating up the grass leaf to be ingested by the sheep. However, the majority of the larvae are in the bottom 4in of the leaf. Thus, by following holistic grazing practices and grazing pastures tall rather than short, many larvae are not eaten, further reducing the burden on the sheep.

Traditional meadows and old permanent pastures can be given a whole new lease of life by being mob grazed, allowing the full diversity of pasture species to thrive and provide livestock with access to a broad spectrum of nutrients, including many natural anthelmintics (de-wormers), such as bird’s-foot trefoil and plantain. 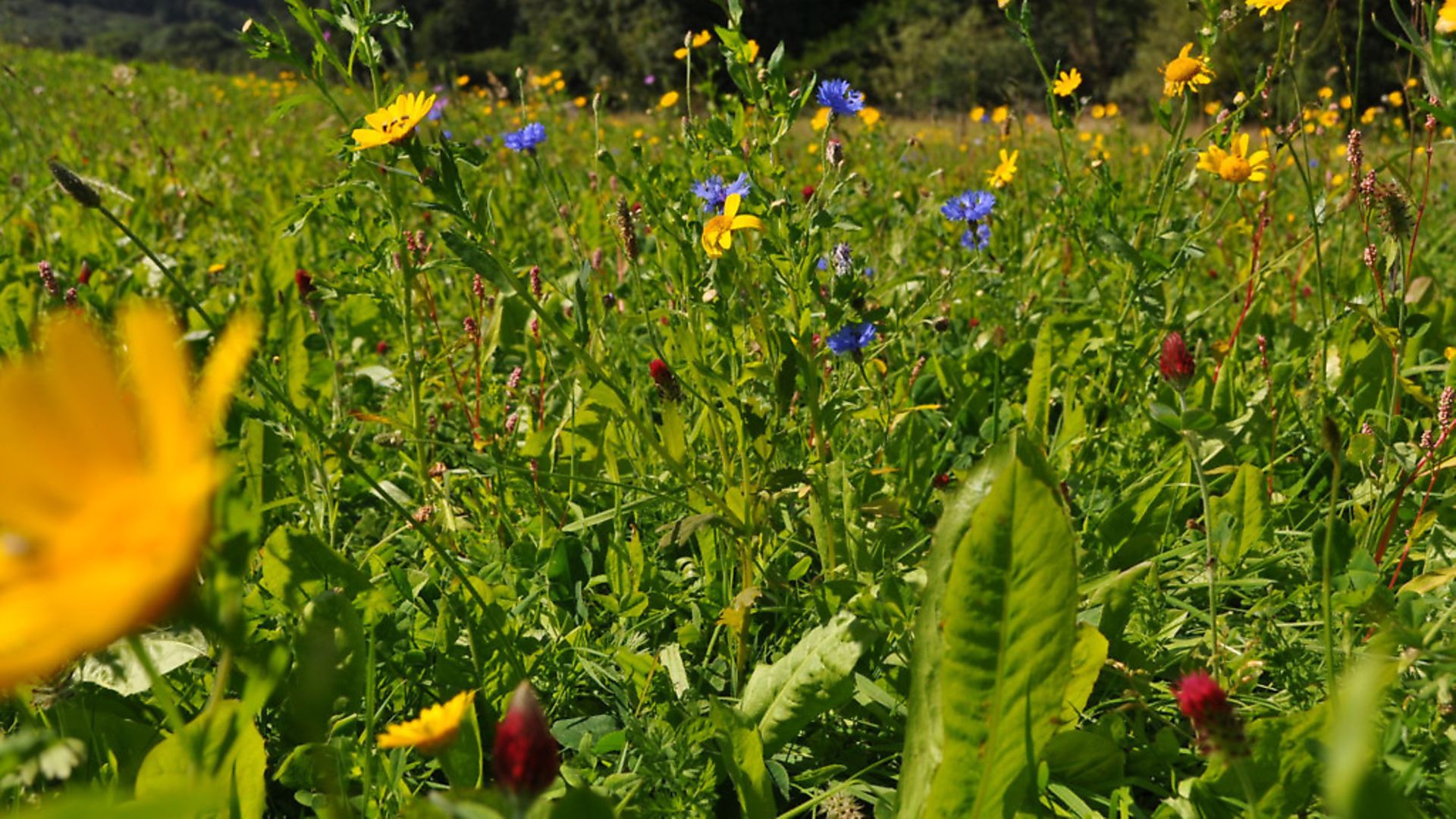 A healthy animal is one that is nutritionally replete.

As soil health increases and the earthworm populations build, this is followed by the helpful moles whose hills can be kicked out to provide a wonderful tilth in which to sprinkle a few chicory seeds. Chicory is one of the most efficacious natural anthelmintics and is loved by sheep and cows alike.

Nurturing animal health through diverse pastures and holistic grazing practices is one of the best ways to start weaning off routine worming of livestock and building natural resistance. Gastro-intestinal parasites are developing ever more resistance to chemical anthelmintics. This is exacerbated by routine worming, which not only further increases resistance but also limits the ability to identify and then selectively breed from those animals with the most parasite resistance.

Sheep in particular are prone to worms and it is well documented that those with nutritional deficiencies are most at risk. One of the biggest causes is grazing sheep on monocultures of modern high-sugar grass species, such as perennial rye grass, which may help the lambs to grow fast but too much sugar and not enough balance with nutrients from other plant species makes the gut microbiome a welcome home for parasites. 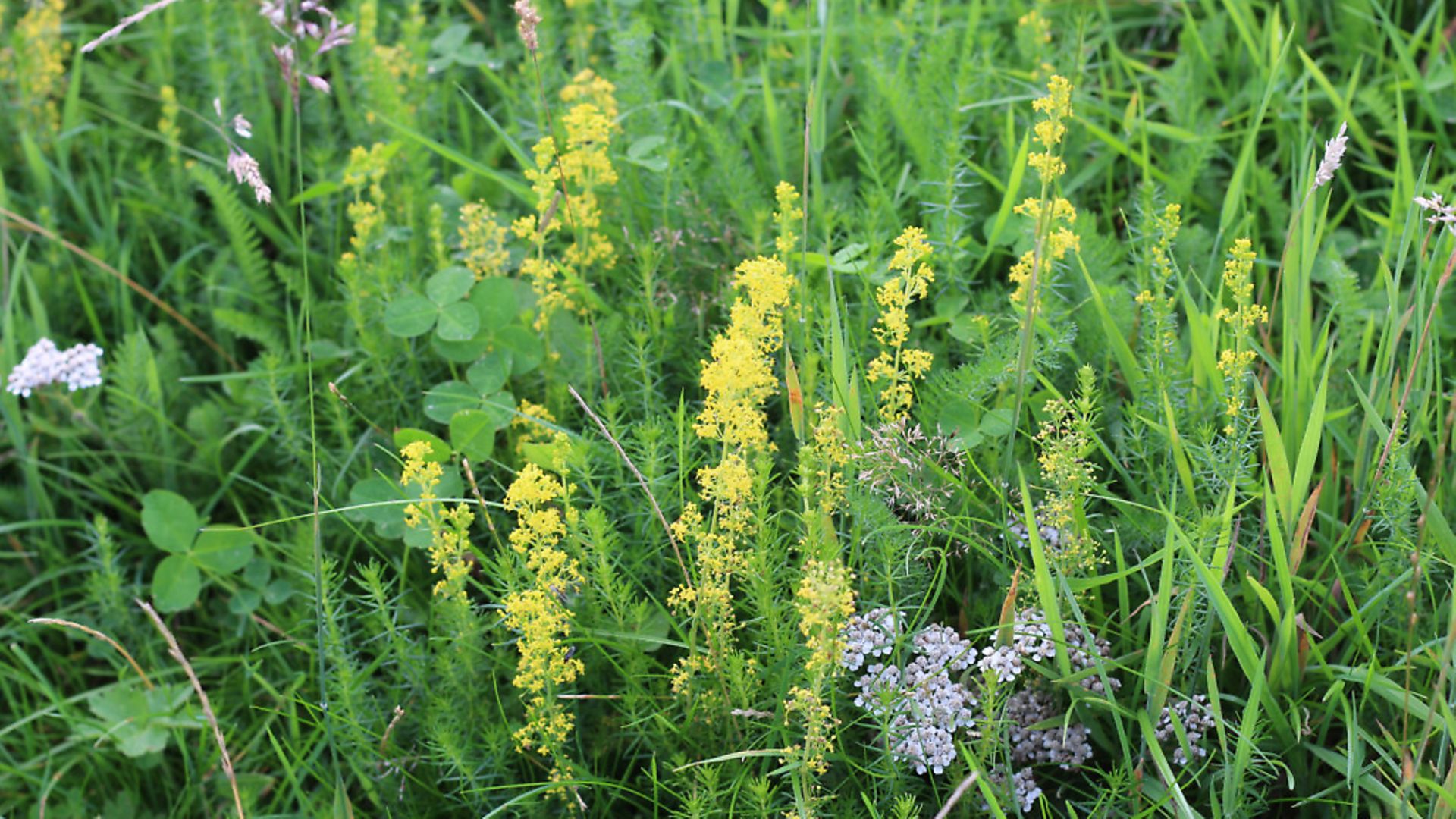 But as natural livestock-keeping measures progress and the use of chemical wormers are greatly reduced — or even stopped — the dung beetle population will take off, breaking up, burying and assisting the decomposition of dung which helps to keep pastures clean and so adds another tool to the natural health toolbox.

Flavour starts in the soil

As well as liquid sugars, a plant produces many different compounds and phytonutrients needed to grow, reproduce, attract pollinators and protect itself from disease or pest attack. There are myriad of these secondary compounds, including antioxidants, flavonoids, flavones, isoflavones, catechins, anthocyanidins, isothiocyanates and carotenoids to name but a few. They are produced by the plant as part of its natural survival strategy.

It is fascinating to delve into the life of plants and their daily battle for survival. How the seasons, weather, competition with other species, grazing patterns, pests, soil type, temperature, even the time of day, all affect how the plant reacts and what compounds and phytonutrients it produces. 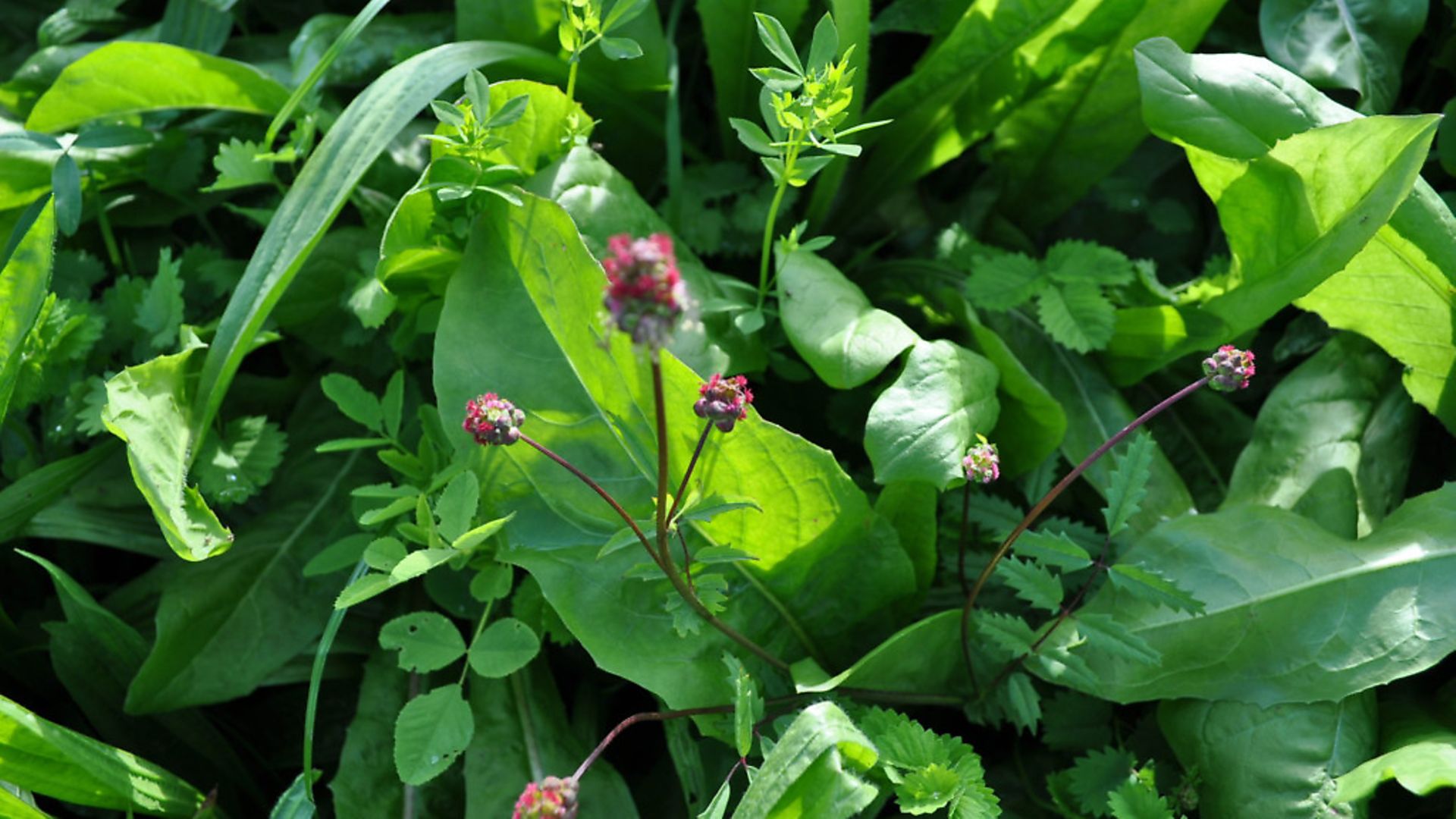 Science is even starting to uncover how plants can communicate with each other through their phytochemical messages. These phytonutrients all add to the complexity and diversity of nutrients and, therefore, the flavour of the plant. And because plants rely upon the soil microbes to mine the minerals they need to make all these secondary compounds, the health of the soil is critical not only to keeping livestock healthy naturally but flavour starts in the soil.

With all of these phytonutrients creating myriad flavours in the plant, when eaten by a cow or a sheep they also add depth and complexity to the flavour of the milk or meat it produces.

Like our livestock, our taste buds throughout history have meant the difference between life and passing on our genes or death. Just as animals select the best from a wide diversity of forage, our innate desires and preferences would have been to hunt and gather food that contained a broad range of health-giving nutrients.

Through our evolution a palate, uncorrupted by refined and processed food, would have sought out foods with complex nutritional richness and it is this that we would have experienced as a meal that was both tasty and satisfying. Whether in fruit or vegetables, meat or milk, we enjoy the depth of complexity of flavour that can only come from produce containing a complex nutritional richness.

Just as water quenches our thirst, nutrients in their abundant diversity satisfy our hunger. Our innate desire for health-giving nutrients triggers our taste buds to recognise and appreciate health-giving foods. This is backed up by science. Our micro-dairy was recently involved in a study by a leading university which looked at both the diet of the cow — in terms of the percentage from pasture versus grain — and the diversity of the pasture and how this related to the nutritional value of the milk.

This follows other studies looking at the nutritional value of meat and milk from organic versus conventional systems. The results were startling: organic was significantly better (eg, over 50% more omega 3) than conventional; 100% grass-fed was better than organic, while 100% grass-fed from diverse pastures was better

It makes sense that where an animal has had to eat considerably more plants to obtain the same energy provided in a handful of grain it takes in many more of those secondary compounds that provide the phytonutrients and flavour, and so accordingly the nutritional value of their meat and milk will be far better.

Keeping livestock healthy naturally is good for their health and yours.